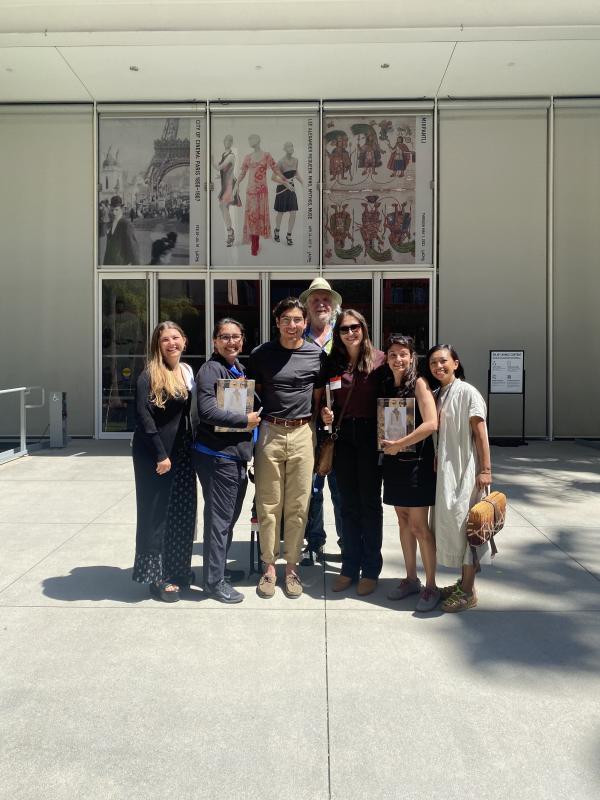 Flipping Stereotypes on Their Stilettos with Native Voices

In conjunction with the exhibition Lee Alexander McQueen: Mind, Mythos, Muse, Native Voices at the Autry, the only Equity theater company in the country dedicated to developing and producing new plays by Native artists, will present a series of original short plays that examines false narratives like the one depicted in John Singleton Copley’s Portrait of Hugh Montgomerie, Later Twelfth Earl of Eglinton (1780).

Drawing upon humor, storytelling, and Indigenous experience, Native Voices deconstructs the legacy of historical whitewashing that has been woven into our nation’s history and present reality. 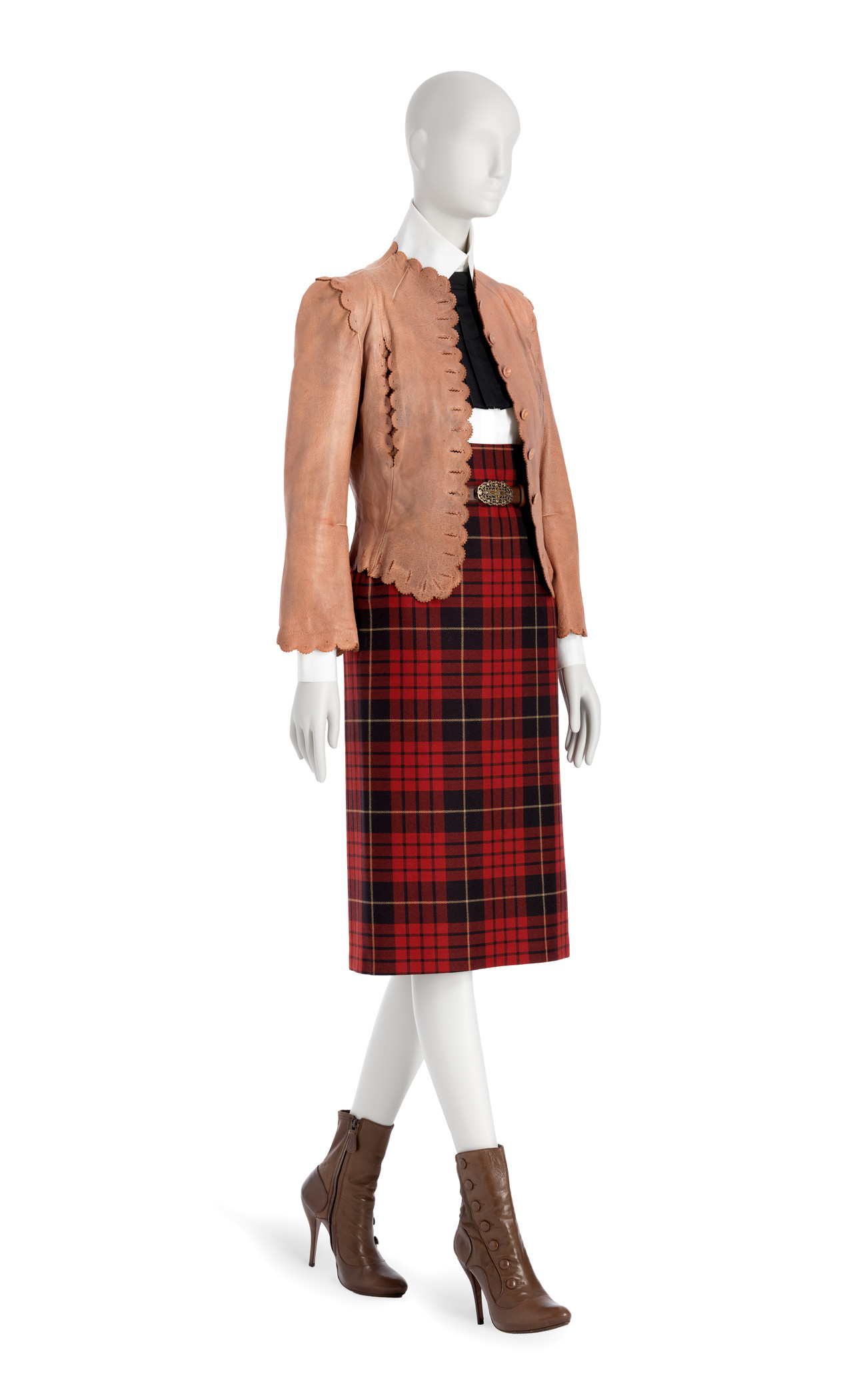 The performance centers around Alexander McQueen’s Fall/Winter 2006–7 collection, The Widows of Culloden, from which two runway looks are situated in conversation with Copley’s painting. In this collection, McQueen mined his Scottish ancestry and condemned its history of British colonialism and violence, particularly the 1746 Battle of Culloden. In this political conflict, British government troops decisively defeated Scotland’s Jacobite army who fought in support of Charles Edward Stuart as king. Later, in an attempt to strip away clan identity, the government passed the Act of Proscription, which included the outlawing of Highland dress, such as tartans.

Though history tends to remember the Highlander men who died, McQueen memorialized the widows they left behind. Romantic in silhouette and refined in construction, the collection uses the MacQueen clan tartan throughout, reclaiming the textile not as a trophy of British conquest but as a symbol of Scottish identity. 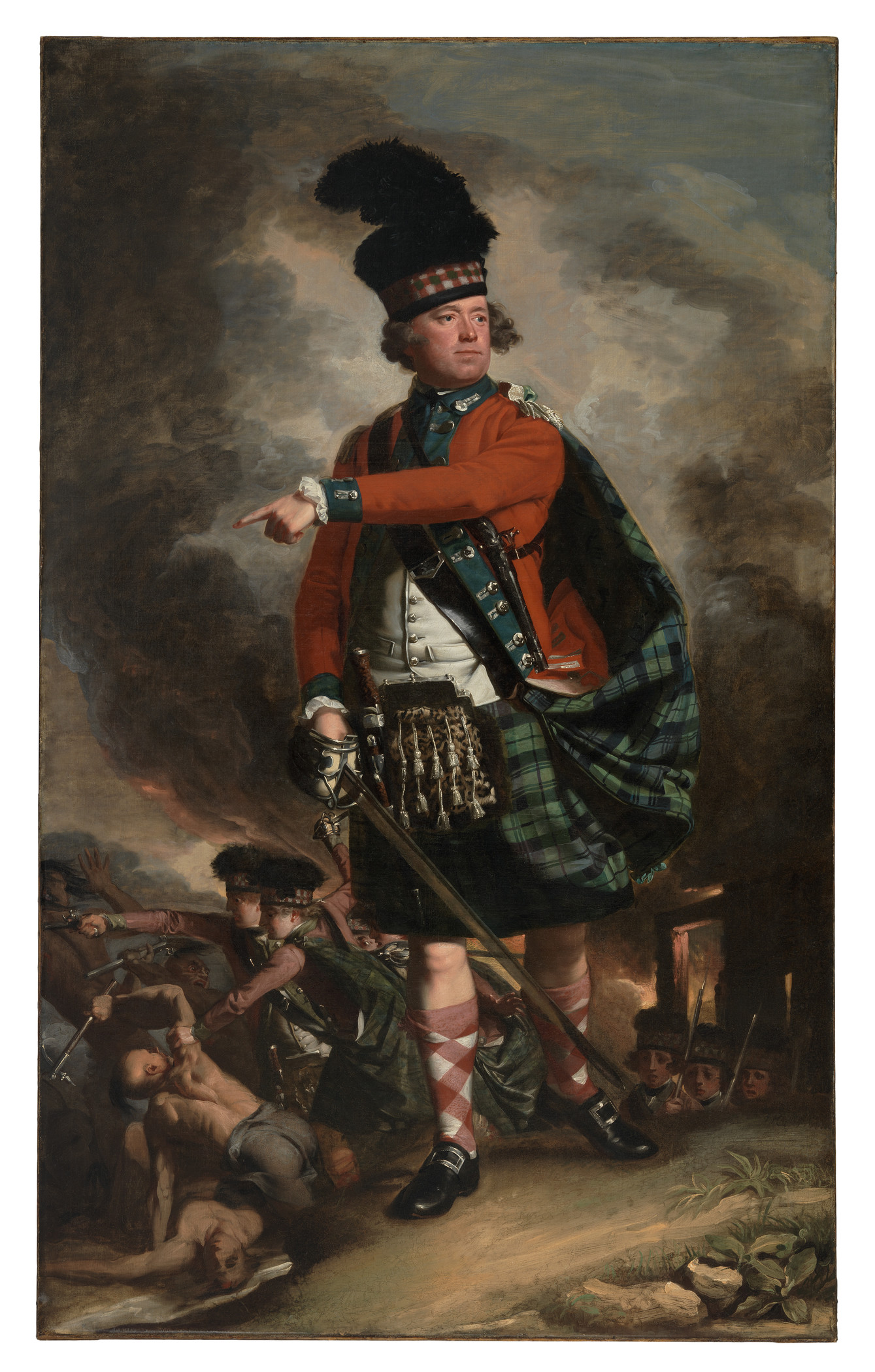 This colonial history is further explored with Portrait of Hugh Montgomerie. In 1780, at the time Copley’s portrait was painted, it was forbidden to wear Scottish tartan unless one was serving in the British military. Montgomerie is portrayed here commanding a British battalion, wearing traditional attire; his clan tartan reflects at once his Scottish heritage and the recent military expansion of the British Empire into the Scottish Isles following the Battle of Culloden. He stands in the victorious classical pose of the Apollo Belvedere above a group of fallen Tsalagi (Cherokee) amid an ambush. However, the portrait does not tell the truth: although Montgomerie fought for the British in the colonies, he did not take part in the battle depicted here, which occurred in 1760, 20 years prior to the execution of this painting. More significantly, the Cherokee did not capitulate in this battle as Copley’s painting suggests. A few weeks after Britain’s attack, the Cherokee prevailed and European troops retreated from the area. 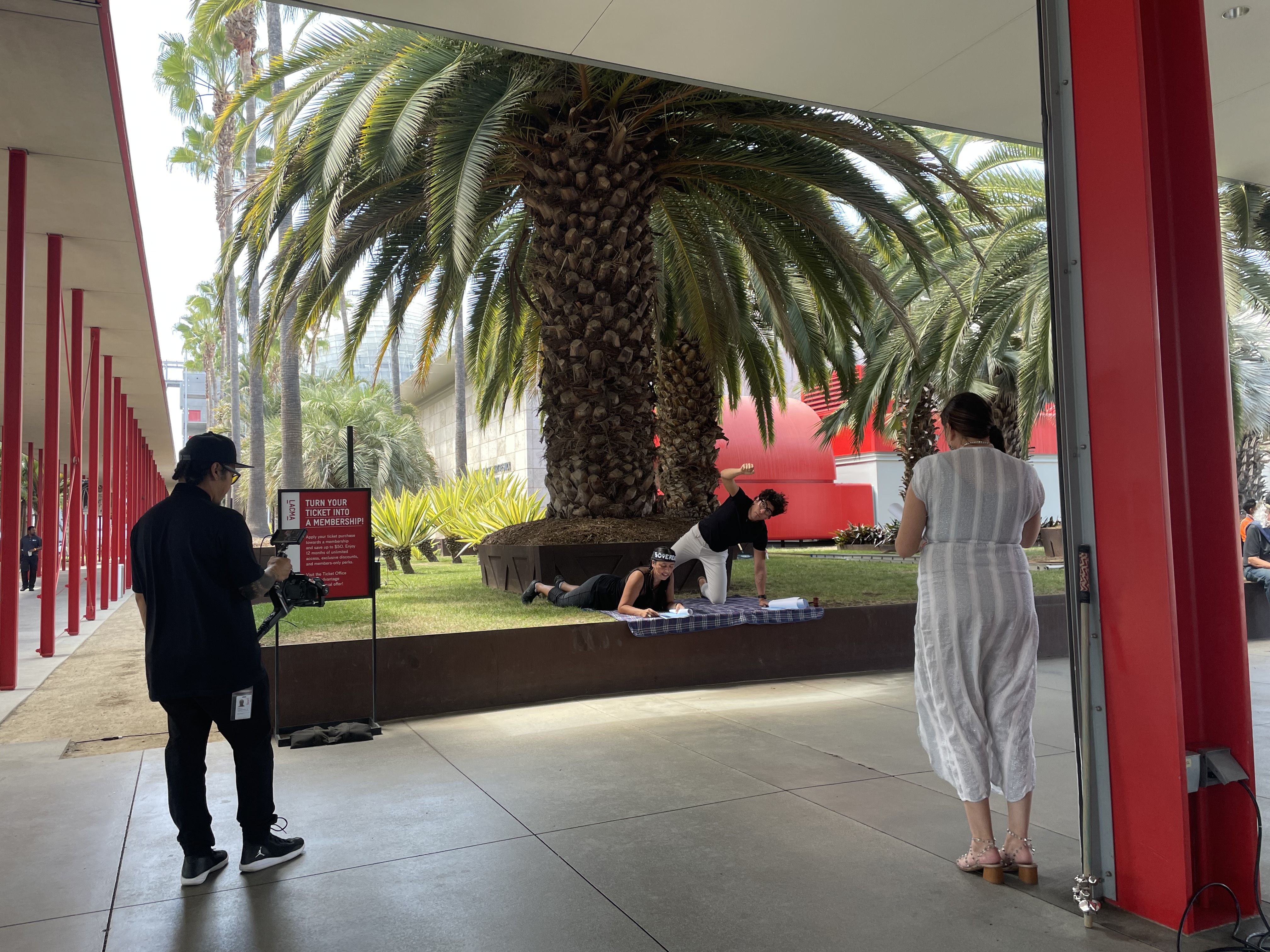 Such images of conquest inevitably contribute to the erasure of those portrayed as the defeated, generating an assumption that once the depicted battle was lost, these groups or peoples disappeared. But a single flattering portrait–cum–history painting does not constitute abiding truth—the British went on to lose the American Revolutionary War, the Cherokee Nation would become the largest tribe in the territory known as the United States, and, as of this writing, a significant political movement for independence from the United Kingdom persists in Scotland.

While McQueen’s Widows of Culloden collection serves as a counter narrative of the Scottish plaid as depicted in the painting, it was abundantly clear that a counter narrative from the Indigenous perspective must also be presented in the display of this work. LACMA reached out to performance artist, activist, and Artistic Director of Native Voices at the Autry, DeLanna Studi (Cherokee), who recommended sharing a reading from Nancy Ward within the exhibition. 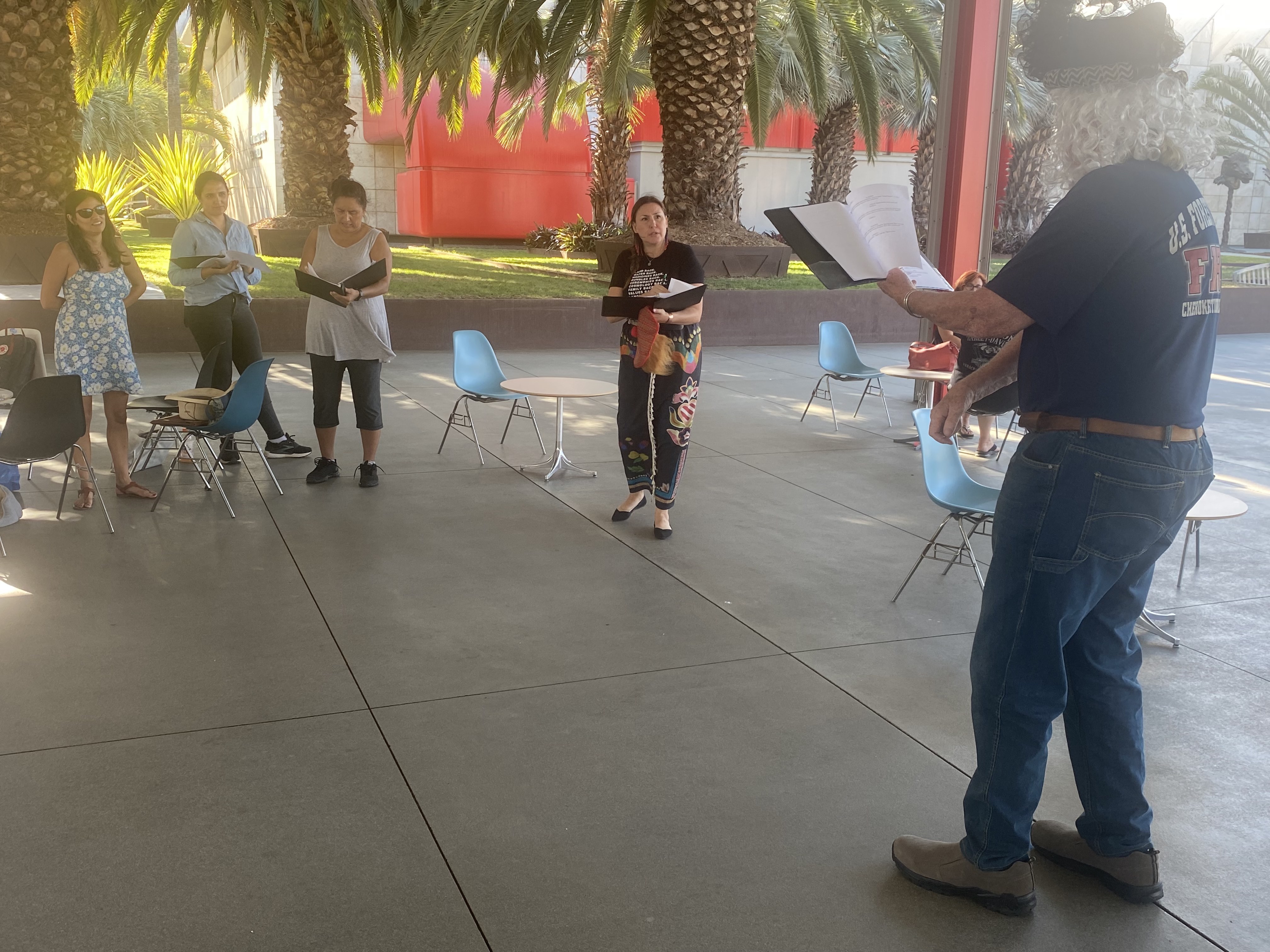 Also known as Nenyehi, Nancy Ward was an advocate for a peaceful coexistence between the Cherokee and European Americans. Recognized as a Ghigau, or Beloved Woman, Ward was a widely respected woman and mother, representing her people in political negotiations between the Nations and colonists throughout her life. Ward was a contemporary of John Singleton Copley, both born in 1738.

In a 1817 meeting of the Cherokee Council, Nancy Ward, who could not attend, sent her vote and a letter strongly urging members to discontinue sales of their homelands to recent settlers. Ward’s deep desire to forewarn the Cherokee portends the tragic “Trail of Tears” that, beginning in the 1830s, forcibly removed Native people from southeastern states to lands west of the Mississippi River. Excerpts from Ward’s powerful letter are read by DeLanna Studi; the audio clip and transcript can be accessed both in the gallery near the painting as well as online. 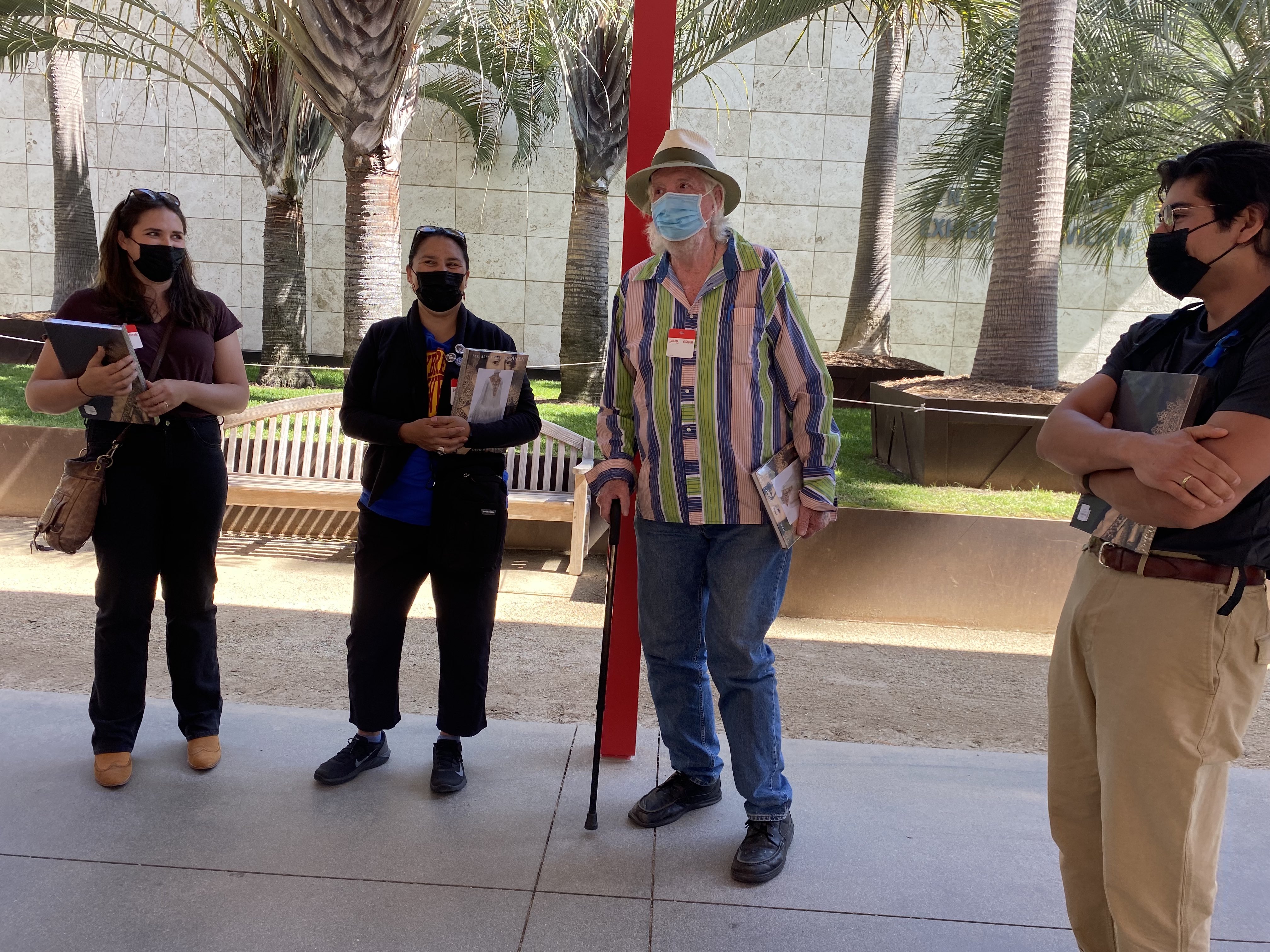 Flipping Stereotypes on Their Stilettos premieres at LACMA on Sunday, August 28, at 5 pm and is free to the public. You can RSVP to reserve your tickets in advance. A portion of this roving program includes ticketed gallery space; we recommend visiting the ticketing office or health screen location before the event. Following the performance, please join us for a Q&A with the cast, moderated by DeLanna Studi.