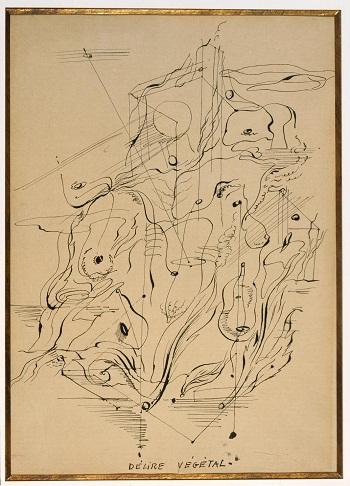 Drawing Surrealism: Techniques of the Sublime

Surrealism evokes bizarre, dreamlike imagery and complex psychological allusions, yet the creative methods employed by many surrealist artists couldn’t have been more ordinary and accessible. Drawing Surrealism, which opens on Sunday, October 21 (and opens to members on Thursday), highlights the surrealist use of drawing-based techniques, such as automatic drawing, frottage, collage, the game of exquisite corpse, and decalcomania, as means to bypass the rational mind and tap into the subconscious realm. While the names of some of these techniques may be unfamiliar, the techniques themselves are probably not. In fact, you may have well practiced them as a child. 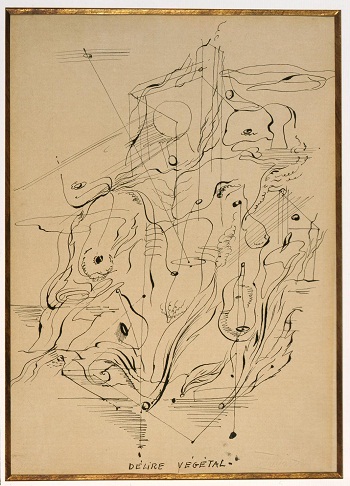 Automatic drawing is the act of drawing automatically or aimlessly, that is, without thinking. (A form of doodling you could say.) For the surrealists, the resultant imagery could provide clues to one’s psyche and reveal an alternative form of visual expression that challenged the deliberate and calculated forms of the rational status quo. 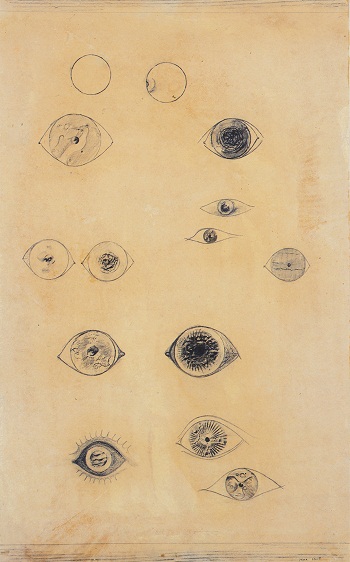 Frottage involves rubbing graphite (or other drawing media) on paper that is placed on a textured surface, such as a wood floor, string, or leaves, for example. With frottage, surrealist artists were able to “lift” textures and forms from the physical world without drawing them, at least in the conventional sense. 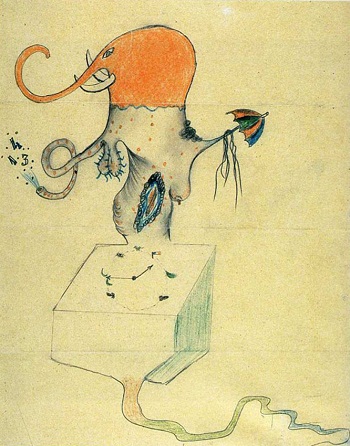 The exquisite corpse is a collaborative game in which several people compose drawings on separate sections of a folded piece of paper, none of the participants having any idea of the nature of the preceding contributions. Surrealists first intended exquisite corpse to be a game of sorts, but it eventually became a fruitful technique, which resulted in fantastic and often grotesque creatures that defy logical explanation. 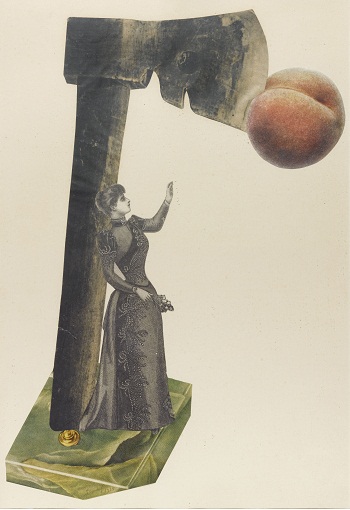 Collage involves the gluing of pieces of paper (usually found in printed matter). Collage was used by the surrealists because it allowed for the creation of uncanny scenarios through the unlikely juxtaposition of everyday images. 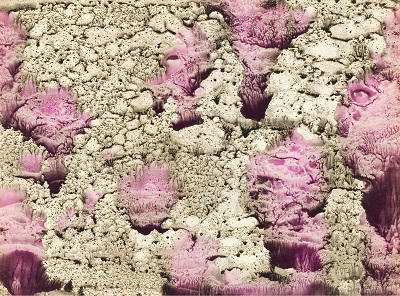 To make a decalcomania, the artist applies gouache to a sheet of paper and/or stencil and then presses it with another sheet, creating a transfer image that is revealed when the sheets are pulled apart. (Décalquer means to transfer an image in French.) Originally a decorative technique popular in the nineteenth century, the technique was repurposed in the 1920s for therapeutic purposes and designated the Rorschach test. It was reinvented with surrealist aims in 1935 by Spanish surrealist Oscar Dominguez. The surrealists emulated inexpert art forms, like those of children, because they challenged the more academic modes privileged by the status quo and because they represented a more instinctual and illogical (ie. surreal) means of expression. Drawing Surrealism opens to the public on Sunday, but LACMA members can get a sneak preview starting today. The exhibition will travel to the Morgan Library & Museum in New York in January after completing its run at LACMA.