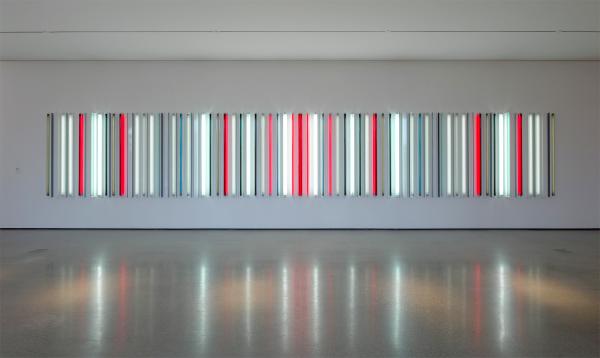 LACMA and Hyundai Motor Company this morning announced a major new 10-year partnership—the longest and largest programmatic commitment from a corporate sponsor in LACMA’s history. Under the umbrella of The Hyundai Project, this unprecedented partnership allows LACMA to make significant strides in two important initiatives, Art + Technology and Korean art scholarship. Hyundai’s support in these areas will encompass acquisitions, exhibitions, and publications through 2024.

Today’s announcement includes the first examples of The Hyundai Project’s support of Art + Technology. In honor of the museum’s 50th anniversary, Hyundai Motor has generously made possible the acquisition of Robert Irwin’s Miracle Mile (2013), currently on view in BCAM, and James Turrell’s Light Reignfall (2011), the “Perceptual Cell” that was included in LACMA’s 2013–14 presentation of James Turrell: A Retrospective. 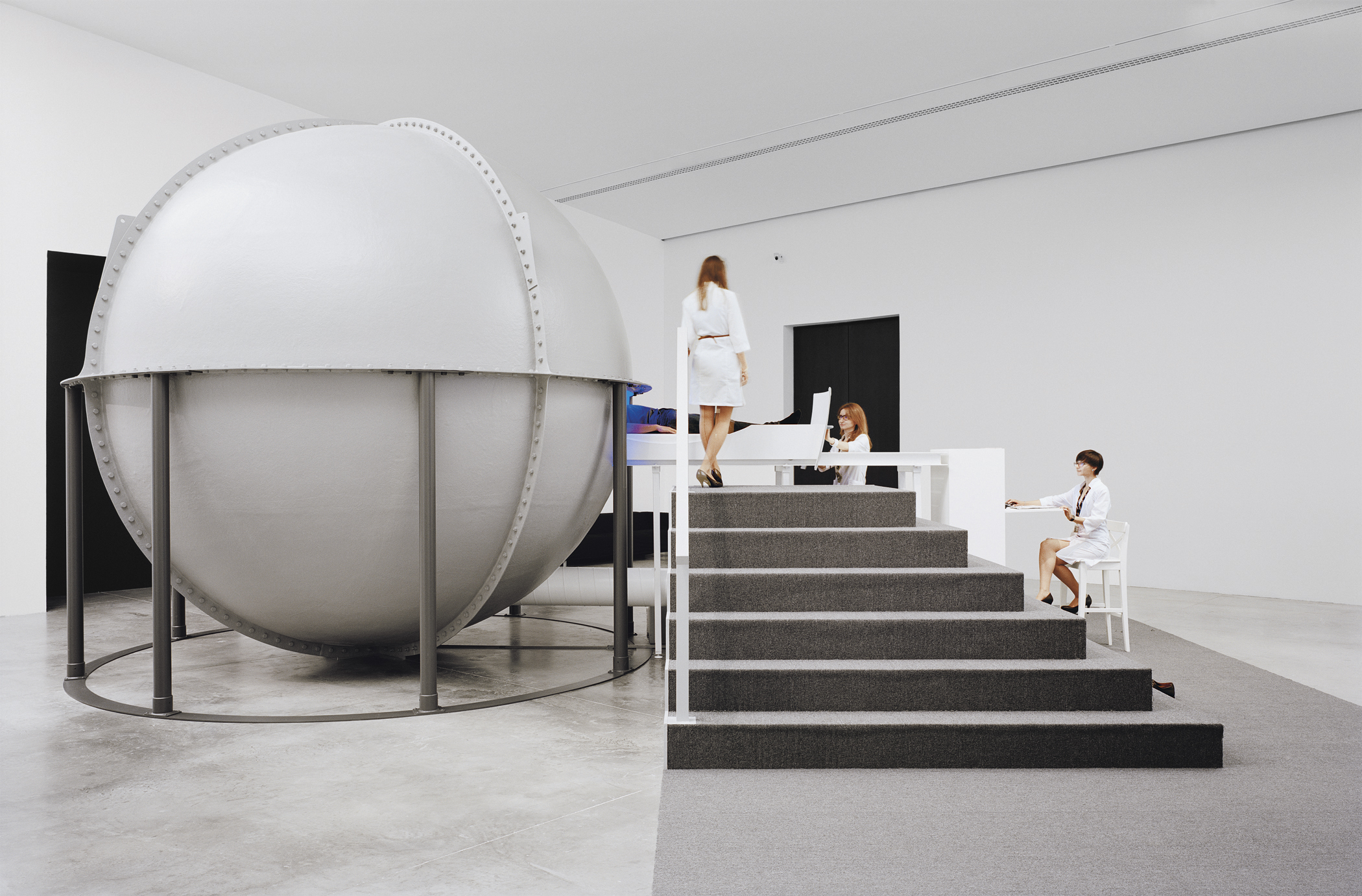 Additionally, Hyundai is the presenting sponsor of numerous upcoming exhibitions, including Diana Thater: The Sympathetic Imagination, opening November 22, 2015, among others. The Hyundai Project also supports LACMA’s Art + Technology Lab, which offers public programs that address the intersection of these two fields and champions technology-based artist projects through grants and in-kind support from leading technology companies.

For Korean art scholarship, The Hyundai Project will support three exhibitions and multiple publications planned over the next decade, ranging from historic, traditional art forms to new works created by contemporary Korean artists. The Korean Art Scholarship Initiative creates a new platform and model for research in these areas—key aspects of Korean art that have never before been explored on this scale in either exhibitions or books published outside Korea. The exhibitions, currently planned for 2018, 2022, and 2024, will each include international symposia, online scholarly publications, and exhibition catalogues.

“Hyundai’s partnership with LACMA is significant not only due to the longevity of its commitment, but because of its innovative approach to supporting two critically important fields,” said Michael Govan, LACMA CEO and Wallis Annenberg Director. “LACMA is already a leader in the field of Korean art. Hyundai’s support allows us to promote scholarship in underrepresented areas of study. Their support of our Art + Technology efforts is also incredibly significant, not only in recognizing pioneering artists like Robert Irwin, Diana Thater, and James Turrell, but also supporting the next generation of artists through the Art + Technology Lab.”

Euisun Chung, Hyundai Motor Company Vice Chairman said, “Art is a creative expression of human values that transcends age, gender, race, and culture. The Hyundai Project at LACMA seeks to support global art communities in the areas of technology and Korean art. I am confident that this collaborative partnership will realize mutual objectives and bolster a deeper understanding of people, culture, and our environment.”

—Art + Technology Lab. Inspired by LACMA’s seminal 1967–71 Art & Technology program, which paired prominent artists such as Claes Oldenberg and Andy Warhol with major corporations, LACMA’s Art + Technology Lab develops artist projects that engage emerging science and technology in collaboration with innovators in private industry. The lab provides grants, in-kind support, and facilities at the museum to support new projects that take purposeful risks and foster innovation and collaboration across disciplines. Initial grants were awarded to six artists in 2014, with a second round of grants to be awarded this spring. A public lab at the museum houses the initiative, and the space is used for artist demonstrations and public programming.  Thanks to Hyundai’s support, the Art + Technology Lab will be sustained through 2020.

—Robert Irwin’s Miracle Mile (2013) and James Turrell’s Light Reignfall (2011) . Robert Irwin and James Turrell, two artists who participated in the original Art & Technology program, create artworks that investigate perception and the experience of art. With Miracle Mile, Irwin reconsiders the properties of light, material, and color. Installed on the ground floor of LACMA’s Broad Contemporary Art Museum (BCAM), the site-specific work subtly plays with the architecture in which it is housed and responds to both Wilshire Boulevard and Primal Palm Garden, an outdoor installation Irwin created at LACMA in 2008. A linear configuration composed of 66 fluorescent tubes, the work stretches to a length of approximately 36 feet and can be experienced from both within and beyond the gallery walls.  James Turrell’s Light Reignfall is a “Perceptual Cell,” a type of artwork directly influenced by Turrell’s collaboration with Dr. Ed Wortz of Jet Propulsion Laboratories during the original Art & Technology program. Visitors experience the work alone, lying down in an enclosed spherical chamber to observe what Turrell calls “behind-the-eyes seeing.” Light Reignfall is tentatively scheduled to be reinstalled at LACMA in 2016.

—Diana Thater: The Sympathetic Imagination.  Exhibition dates: November 22, 2015–April 17, 2016 . A pioneer in film, video, and installation-based art, Los Angeles–based artist Diana Thater has been active since the 1990s. Thater’s work emphasizes the tension between the natural environment and mediated reality and, by extension, the tamed and wild, and science and nature. Often drawing on the complex relationship between animal and plant behaviors in the context of their respective environments, Thater’s evocative works occupy exhibition spaces via both time and dimension, creating discords and harmonies for the viewer. 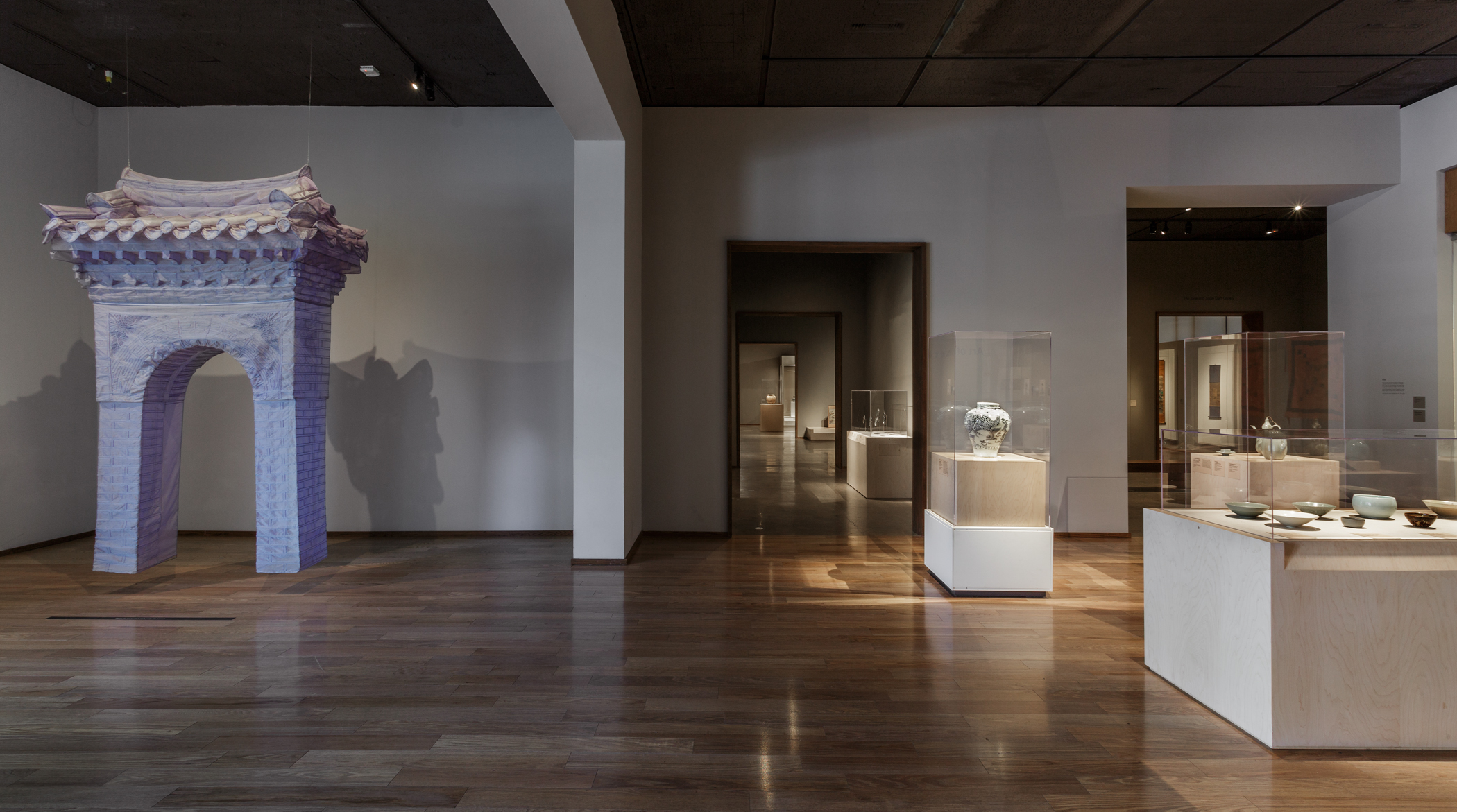 With Hyundai’s support, LACMA curators will create three groundbreaking exhibitions over the next 10 years that examine key aspects of Korean art. Scholarship in each of these areas will be pursued through exhibitions, symposia, online presentations, and publications, including catalogues for each exhibition as well as a reference book for 20th-century Korean art.

—2018 | Korean Calligraphy.  Although an increasing number of American art museums own and display collections of traditional Korean art, almost none have collections of Korean calligraphy–in either traditional Chinese characters or Hangul script. LACMA’s exhibition will provide a long overdue survey of the history of calligraphy in Korea. This would be the first exhibition of its kind in the United States and a critical introduction in English to this major art form.

—2022 | Korean Art: Contemporary . Building on the success of the 2009 Your Bright Future exhibition, the first major survey of contemporary Korean art in the United States (organized by LACMA and the Museum of Fine Arts, Houston), in 2022 LACMA will organize a larger and more comprehensive survey of recent Korean art with the goal of creating a definitive presentation of the contributions of Korean visual culture in the contemporary world.

—2024 | Korean Art: 20th Century . Many American museums now have collections of Korean art from the Three Kingdoms Period through the Joseon dynasty, and a number of museums have begun to exhibit and collect contemporary Korean art. None, however, have seriously investigated or collected Korean art of the modern period, specifically from the end of the Joseon dynasty (shortly after 1900) to the close of the 20th century. LACMA will organize a major exhibition focusing on this key and long-overlooked period in the history of Korean art.

1 comment
diana martin says:
The initiative and forward thinking of Hyundai will enrich many lives of people around the world. Combining art and technology opens doors to a world of endless opportunities and innovative collaboration. Congratulations to Hyundai for their support. Diana Martin