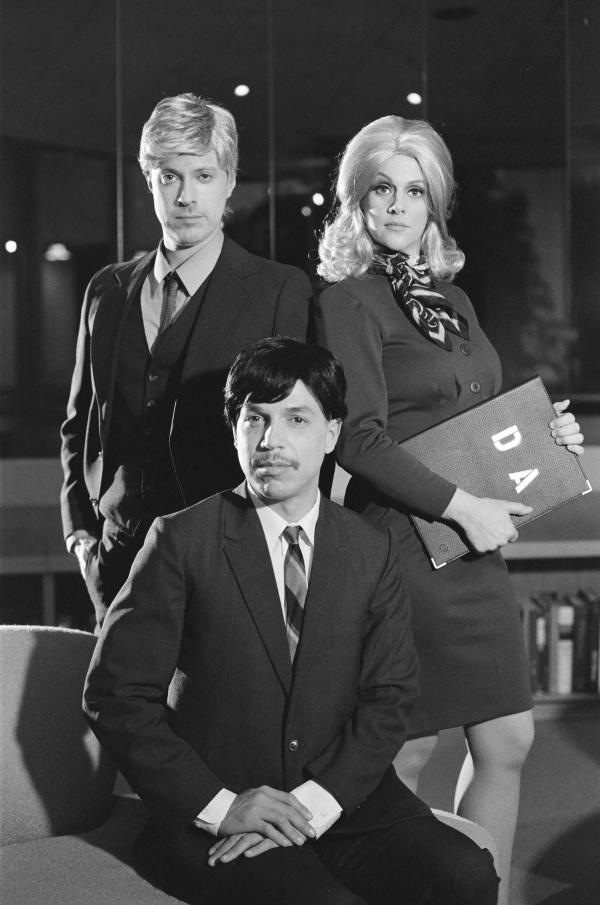 My Barbarian, production still from Double Agency by Robbie Acklen, 2015

LACMA celebrates its 50th anniversary this month, and many things are taking place to mark it. My Barbarian has created Double Agency, a web series and performance piece produced with the support of LACMA. Double Agency consists of new episodic videos, an ephemeral exhibition, and a live performance by My Barbarian that unfolds during the museum's monthlong celebration.

My Barbarian is an L.A. and New York-based collective made up of Malik Gaines, Jade Gordon, and Alexandro Segade. Their work, which includes performance, video, sculpture, and drawing, has been presented at the Whitney Museum, MoMA, New Museum, Hammer Museum, SFMoMA, ICA Philadelphia, and many other venues.

Check out the first episode of the web series. Double Agency culminates in a live event on Tuesday, April 28, at 7:30 pm.

Double Agency: Episode 1: The Viewer and the Viewed from My Barbarian on Vimeo.

Synopsis: Agent Mike Games (Malik Gaines) sets out on a mission to infiltrate the elite Non-White Commission on European Beauty and Excellence in order to use optical scanners disguised as a pair of sunglasses to dis-encrypt the messages hidden in two nineteenth century portraits, all the while being pursued by Bjorn Goldblatt (Robbie Acklen) who is pretending to be a gold statue of a faun. Double Agency culminates in a live performance by My Barbarian, featuring Robbie Acklen, Nao Bustamante, Jibz Cameron and Adam Dugas.