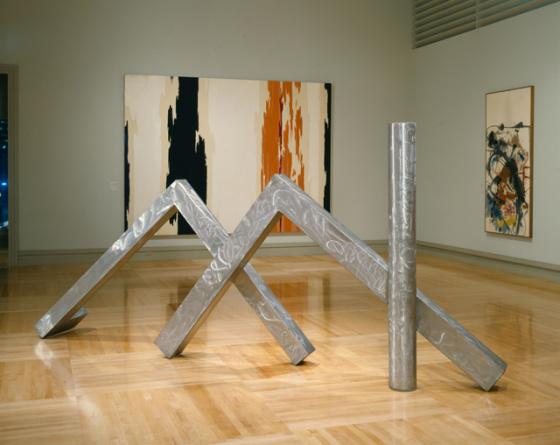 The sculpture of David Smith could be described as drawing in space. The artist allied himself more closely with his friends who worked in the style of Abstract Expressionism—Helen Frankenthaler, Robert Motherwell, and Adolph Gottleib, among many others, were his close compatriots—an identity that would find its way into his sculptures, which bore painterly gestures articulated in space.

In this work, part of Smith's final and most celebrated series known as Cubi, the artist explored light and mass through brushed stainless steel. Smith's expertise as a welder—he worked as one during World War II—was useful in producing this series, as he was able to manipulate the material to his desired effect. Heavy steel is given lightness through the reflections created by the finishes; the material does not occupy space as much as it illuminates it. Smith also wanted the work to also create negative space, an unexpected characteristic of sculpture. The voids between the steel affirm the space as much as the material does.

Cubi XXIII is currently on view on the second floor of the Ahmanson Building. Check out LACMA's Collections Online to see more images of this work.

This year marks LACMA's 50th anniversary. We're celebrating all that we've done while looking forward to what's in store for us in the next 50. Check back every week on Unframed to find a highlight of an artwork from LACMA's collection, which features over 120,000 objects that span time, the globe, and all cultures. This is 18/50 of the series. 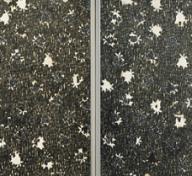 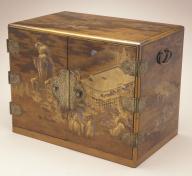 From the Collection: Chest of Drawers from the Mid-Edo Perio
May 4, 2015 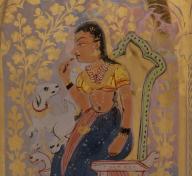