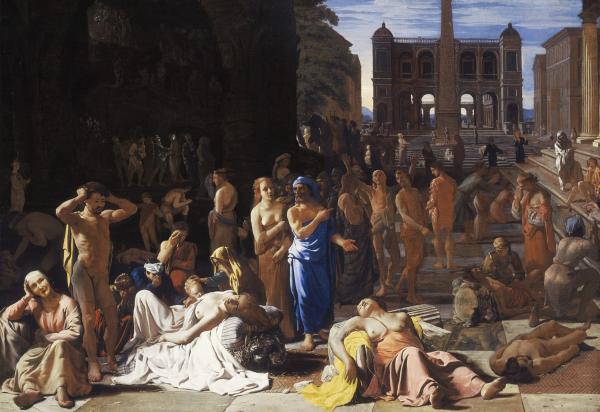 Michael Sweerts, Plague in an Ancient City, c. 1652–54, gift of the Ahmanson Foundation

From the Collection: Plague in an Ancient City

Although he hailed from Flanders, Michael Sweerts was active in Rome, where he gained fame both for genre scenes and portraits—none of which anticipated the power and grandeur of Plague in an Ancient City. Completed a few years after an epidemic swept through Rome in 1648, the ravages of the plague are apparent in the painting’s foreground. A close look at the figures in the darkened background show a priest making a gesture which mirrors that of the man (perhaps a philosopher) in the center of painting. The priest, inside of a shrine, holds a light for those surrounding him. 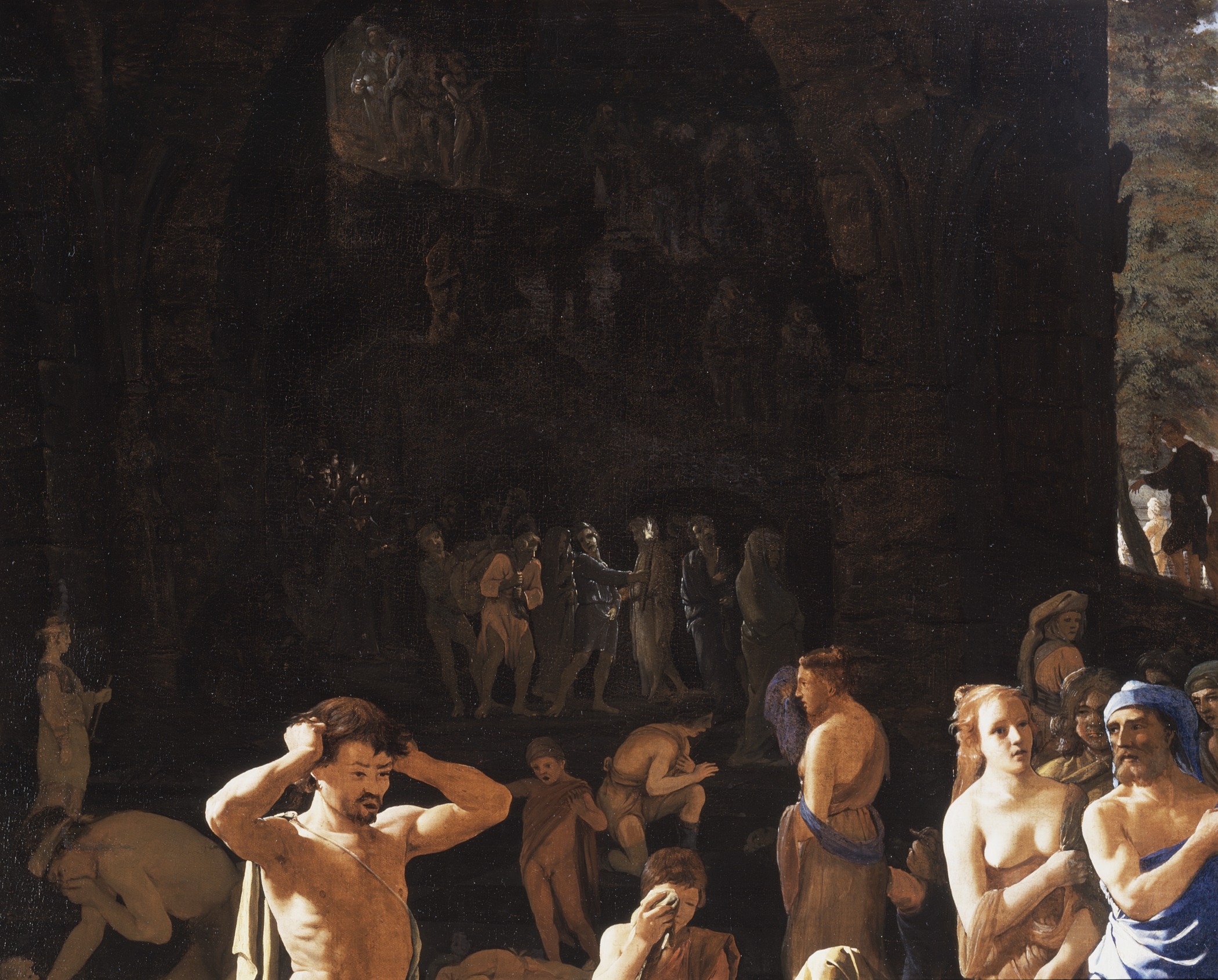 The contrast between dark and light, philosophy and religion, hope and despair may have reflected Sweerts’ own crisis of faith around this period. Not long after its completion he left Rome for the East. He died mysteriously in 1664 in Goa, India.