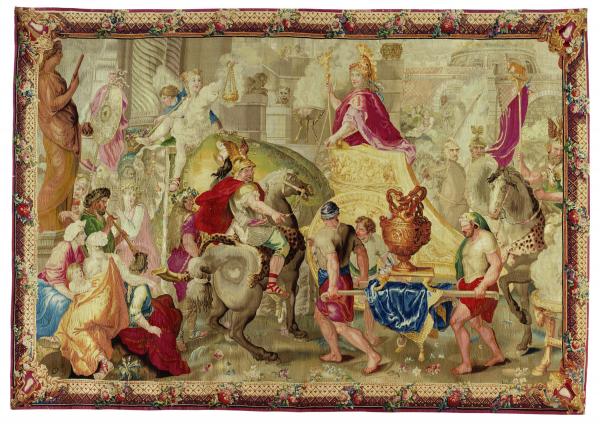 A Message in the Medium: The Triumph of Alexander

Last June, I was informed by LACMA’s Costume and Textiles curators—Sharon Takeda, Kaye Spilker, and Clarissa Esguerra—that a tapestry was undergoing conservation in preparation for display in the museum’s Ahmanson Building. The work, made in about 1700 by the Aubusson Manufactory after a monumental painting by Charles Le Brun from 1665, had been in storage for nearly thirty years. Known as The Triumph of Alexander, after the eponymous painting by Le Brun, the work is now on view at LACMA to complement the J. Paul Getty Museum’s exhibition Woven Gold: Tapestries of Louis XIV, which opened on December 15. (LACMA and the Getty are linked not only by this presentation, but by the donor of the work, J. Paul Getty, who gifted the tapestry to LACMA in 1951.)

Before the work could be put on view, however, conservators needed to reinforce the weave so it wouldn’t unravel by the force of gravity as it hangs. Yadin Larochette, an independent conservator of tapestries, worked for over 210 hours in the conservation studio on-site at LACMA, carefully reinforcing the weave of the textile in over 45 areas. Her task was not small: to describe the work as “monumental” would be an understatement. Indeed, this masterpiece measures nearly 10 feet by 14 feet, filling up the entire space of the conservation studio. Yadin worked alone in the vast space, the lone force responsible for readying The Triumph of Alexander for its first debut in thirty years.

It is one thing to see a tapestry hanging on a wall as it was originally intended, but it is quite another to see it prone—and being examined with laser-like precision—on a conservator’s table. With the help of the bright white lighting in the studio, it was hard not to appreciate the fine silk yarns and the tremendous attention to detail paid by the craftspeople who created the tapestry. Sharon Takeda, senior curator and department head of costume and textiles, and Kaye Spilker, curator of costume and textiles, both remarked on the richness and depth of the colors—the blues, reds, and greens—that often don’t survive in such tapestries due to light exposure and general wear. 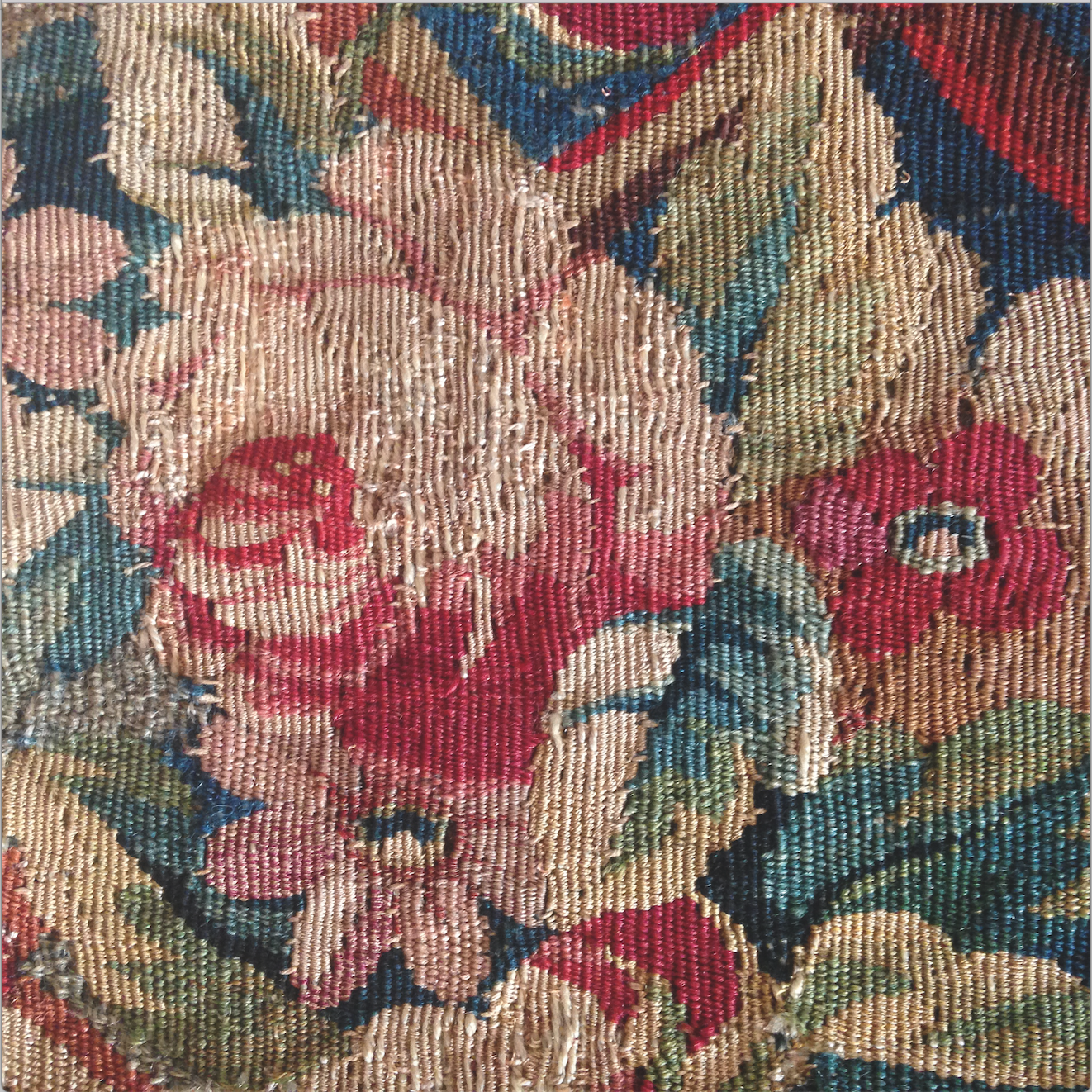 The painting on which LACMA’s tapestry was based was commissioned by Louis XIV; it now hangs at the Louvre. Part of a collection of four canvases by Le Brun, The Triumph of Alexander tells the story of Alexander entering Babylon—an ancient narrative from the third century BC—and is meant to serve as a form of propaganda for Louis XIV. The tapestries spoke of the king’s political power centuries before the advent of more efficient forms of communication.

This statement may seem obvious, but it’s sometimes easy to forget, especially when presented with a cluster of artworks made over three hundred years ago (as one would encounter in a museum): this tapestry was made before the advent of radio, television, print media, and the Internet. The medium’s message is literally woven into this wool, which holds the silk threads that make up an image to represent power. The message is also in the medium: the labor and skill required to create such a work demanded a financial commitment impossible for the average citizen in eighteenth-century France. Despite the lack of mass communication in the period, this image was iconic, and those who came in contact with it understood the link between the narrative and the ruling monarch.

Most people agree on the importance of art, but it’s often difficult to parse out why the belief stands. Encountering this work while it underwent conservation, learning about its history through the curators and conservators, and approaching it from the context of its time—and of the present—further reinforced the value of visual culture. Despite the overwhelming noise coming from persistent forms of communication aiming to grab our attention, it was through appreciating the complexity and simplicity of an eighteenth-century tapestry from France that the gravity of art could be understood.