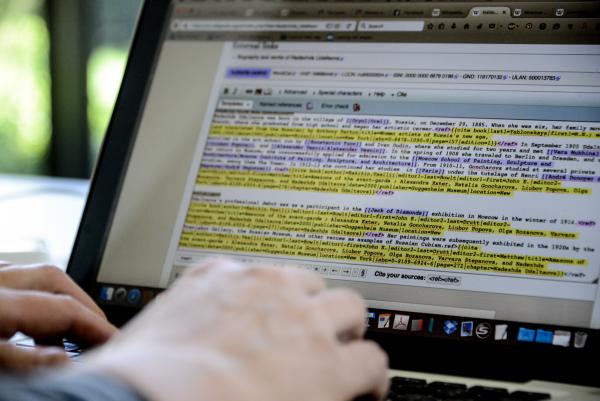 On March 6, women and allies settled down with their laptops in LACMA’s Art + Technology Lab in the Balch Art Research Library to narrow Wikipedia’s gender gap. Since 2014, the rhizomatic campaign Art + Feminism has been educating and organizing new and experienced Wikipedia editors to address the underrepresentation of women and minorities on Wikipedia. 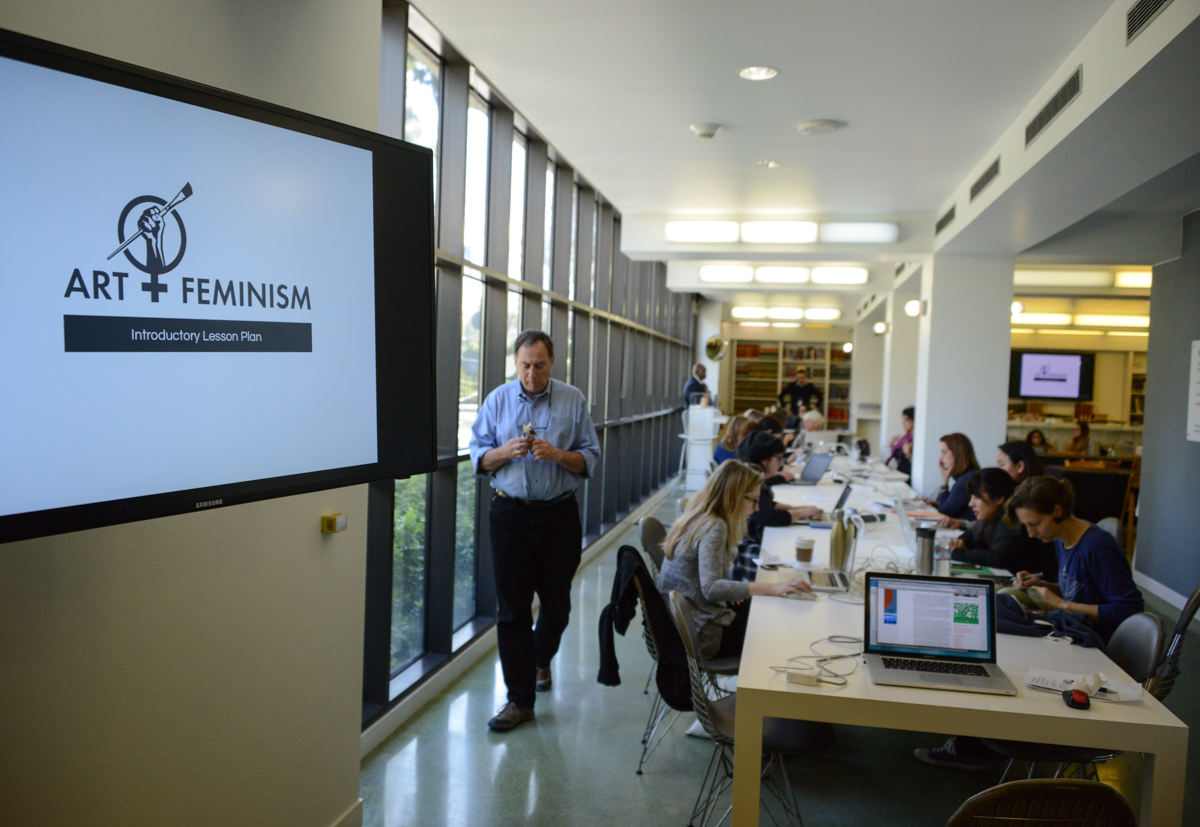 It’s hard to find someone who does not use Wikipedia from time to time for quick facts. Wikipedia doesn’t pay anyone to create, edit, or moderate entries; anyone can edit and instantly change, create, or delete an entry, which gives it the air of lawlessness. Much of the time, however, the information is good, good enough, or even excellent. It’s not perfect, but it doesn’t descend into complete chaos. Blatantly offensive or incorrect edits or “vandalism” of the site happen, but they usually disappear before the average user has noticed it. This is because the majority of editors are interested in making Wikipedia encyclopedic, neutral, and verifiable.

The majority of Wikipedia’s editors are also male. A United Nations University study from 2010 found that only 13% of contributors to Wikipedia were female. The Wikimedia Foundation’s own survey of editors from 2011 was even worse, showing editorship being 9% female and 91% male. People like Amanda Filipacchi, writing for the Op-Ed section of the New York Times in 2013, were starting to notice the effects of the online encyclopedia’s lopsided editorship. The founders of Art + Feminism noticed too, specifically in the arts. They deduced that, since there is no editorial guiding force encouraging the even distribution of effort across all subjects and disciplines, editors tend to write about what they like and know. People interested in and knowledgeable about women in the arts weren’t editing. So they decided to do something about it. 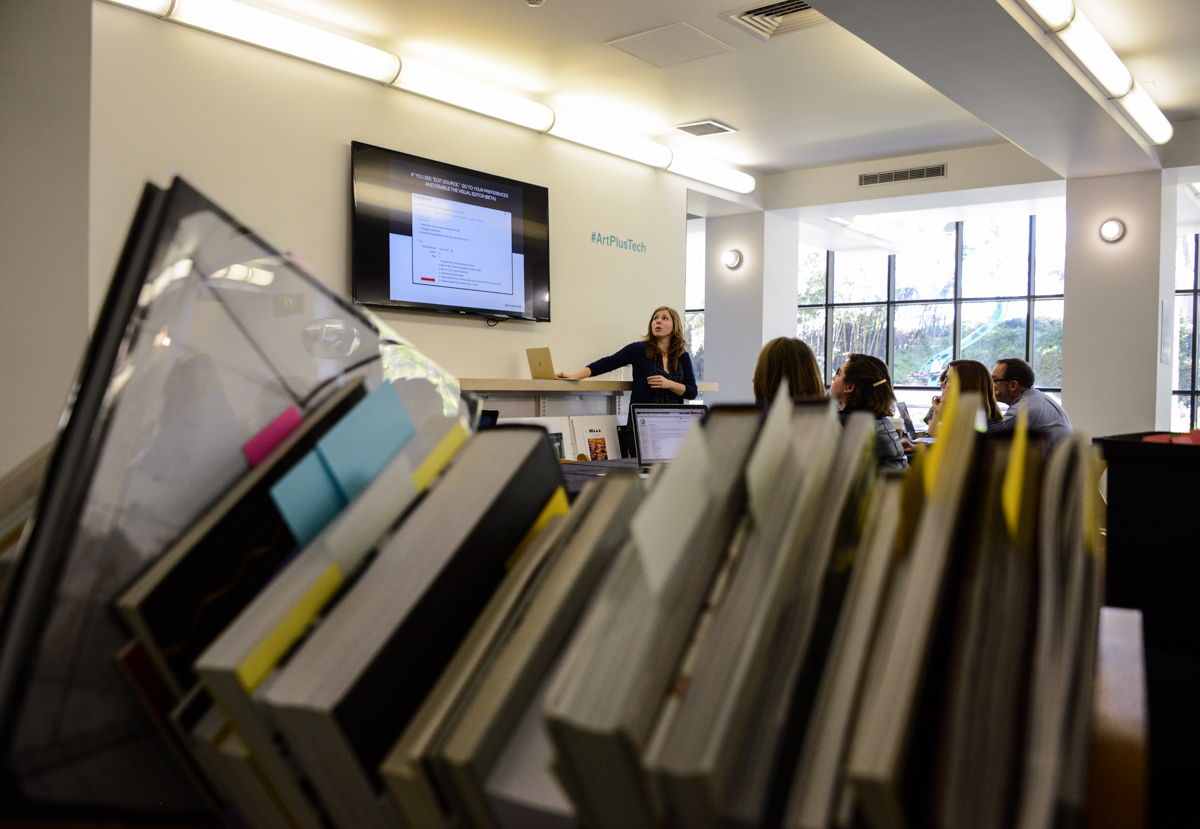 Inspired by the Ada Lovelace Day edit-a-thons focusing on women in STEM fields, they organized the first Art + Feminism edit-a-thon in Brooklyn in 2014, welcoming beginners and experienced editors to band together in a concentrated effort to improve and create articles for women in the arts. They provided training for those new to Wikipedia, explaining its editorial interface and its principles to include neutral information from reliable sources. That first year, the edit-a-thon in Brooklyn and its satellite events across the United States produced 101 new articles and improved 90 more. The following year, the effort expanded; more than 1,500 participants edited or improved over 900 entries, with the Wikimedia Foundation itself providing funds to run the edit-a-thons, including monetary support for childcare. LACMA’s Art + Technology Lab was one of the satellite locations that year—it was so rewarding and fun that we decided to do it again. 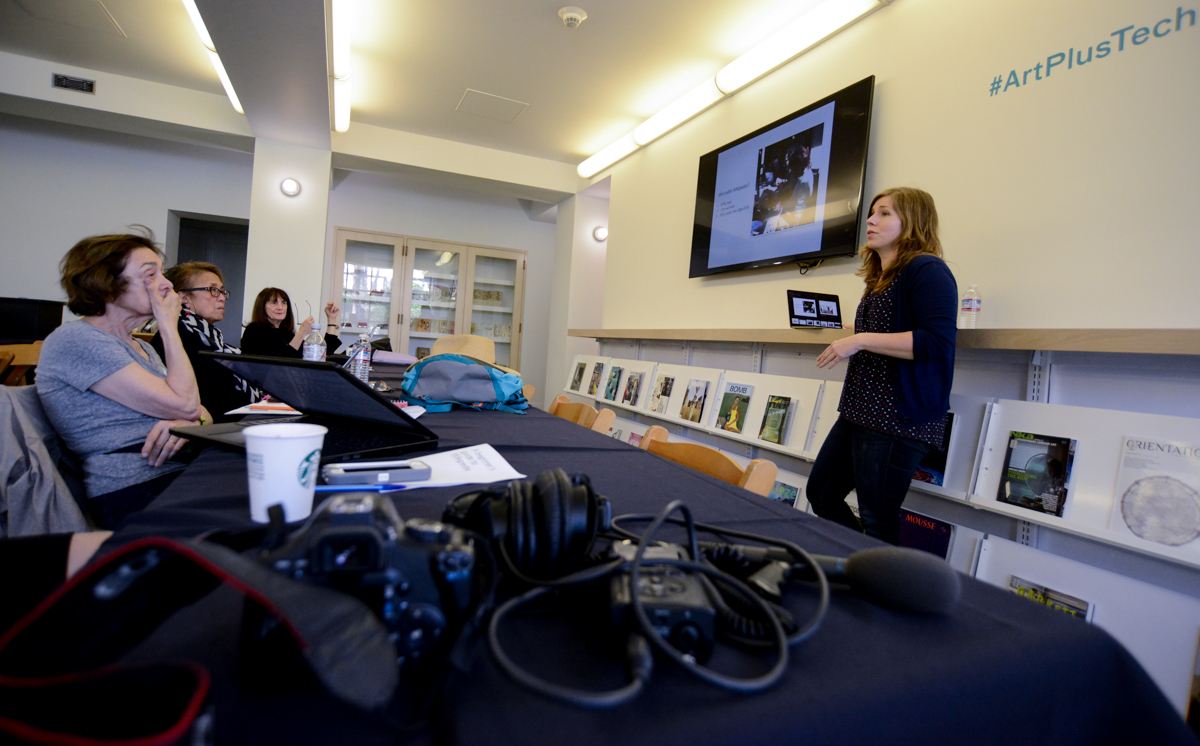 This year, Stacey Allen of online magazine East of Borneo was again our Wikipedian, leading training sessions for new users and offering support as they edited or started their first articles. Allen has been editing Wikipedia since 2010 and organizes the Unforgetting L.A. edit-a-thon events in and around Los Angeles to encourage new and experienced editors to turn their attention to topics of wide-reaching importance to Los Angeles. Past Unforgetting L.A. themes have included the African American art community in Los Angeles at the California African American Museum and women in film at the Academy of Motion Picture Arts and Sciences Margaret Herrick Library. Just as at LACMA, these edit-a-thons took place within libraries with subject-specific resources necessary to get editors up and running. LACMA’s librarians gathered books, periodicals, and articles from research databases to provide reliable reference sources to create accurate articles. 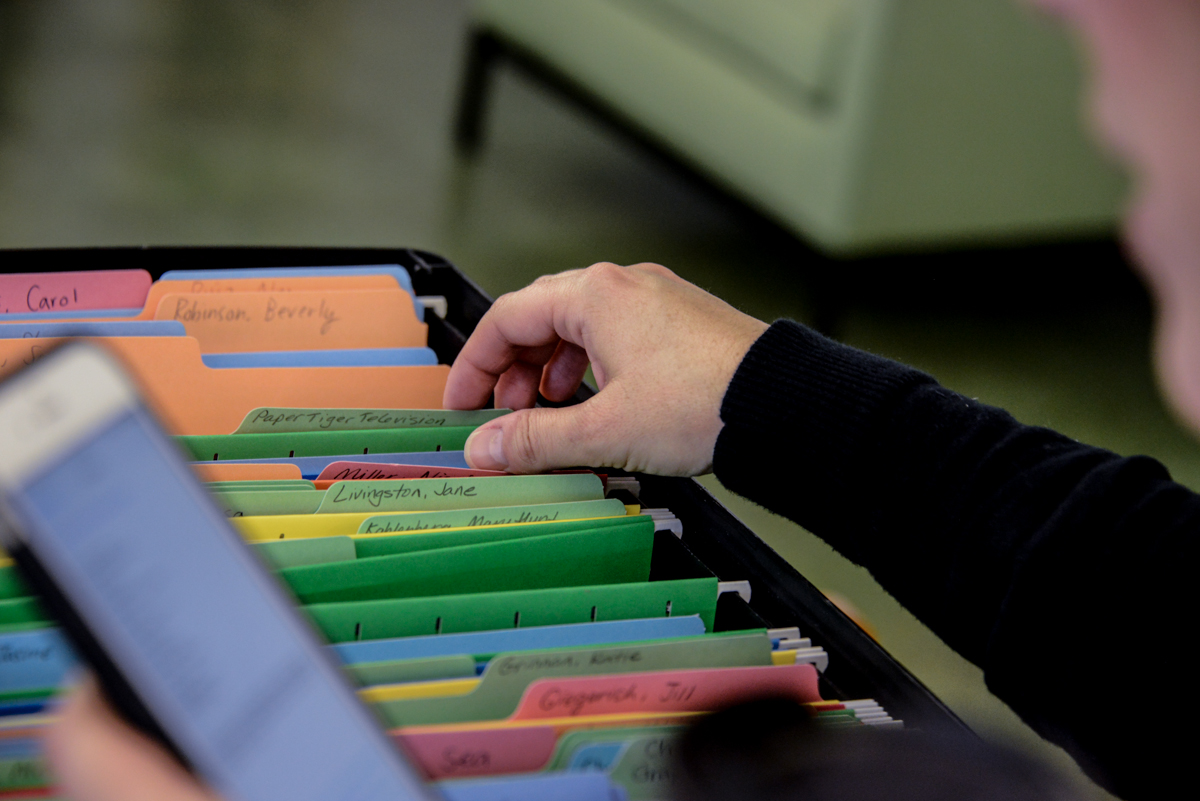 Editors at LACMA created 20 new Wikipedia articles for women in the arts this year, including those for artist Kathryn Woodman Leighton and writer and critic Jan Butterfield. Participation around the world in edit-a-thons germinating from the Art + Feminism initiative expanded as well. This year, meetups took place over the weekend before International Women’s Day on all inhabited continents. Sadly, there was no edit-a-thon on Antarctica this year. (But there’s always next year.)

If you’ve noticed something missing from Wikipedia, consider attending one of East of Borneo’s Unforgetting L.A. meetups to improve it.