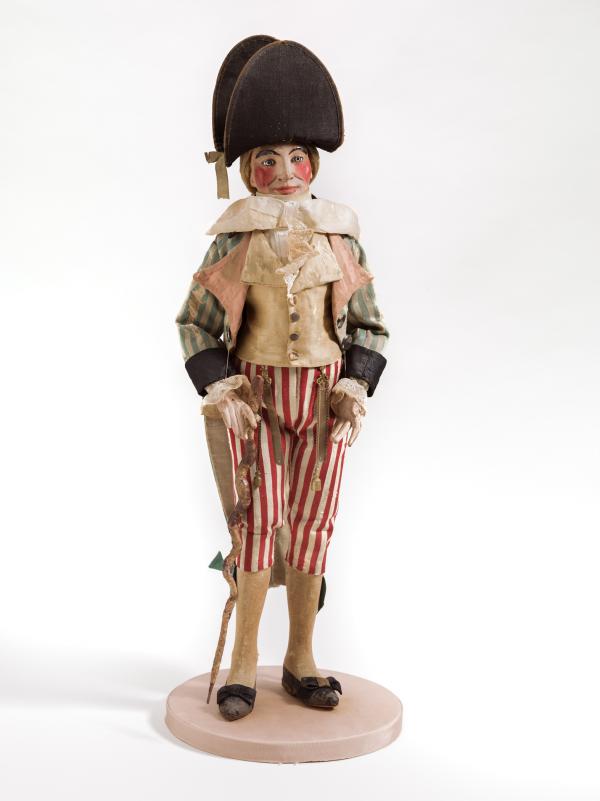 The smallest of all menswear ensembles in Reigning Men is worn by a doll dressed in the fashions of the French Revolution. Dolls like this were not typically used for children’s play, but were common novelty items for display and entertainment for adults in the 18th and 19th centuries. The doll wears a wide bicorne hat, an extremely wide bow at the neck, an exaggerated red-striped coat with blue-striped breeches, and a twisted stick called a Hercules club that doubled both as a fashionable accessory as well as weapon to bat away enemies. He dons the clothing of the incroyables, or “the incredible ones,” fashion extremists whose outrageous appearance illustrated the dramatic instability of the French Revolutionary period. 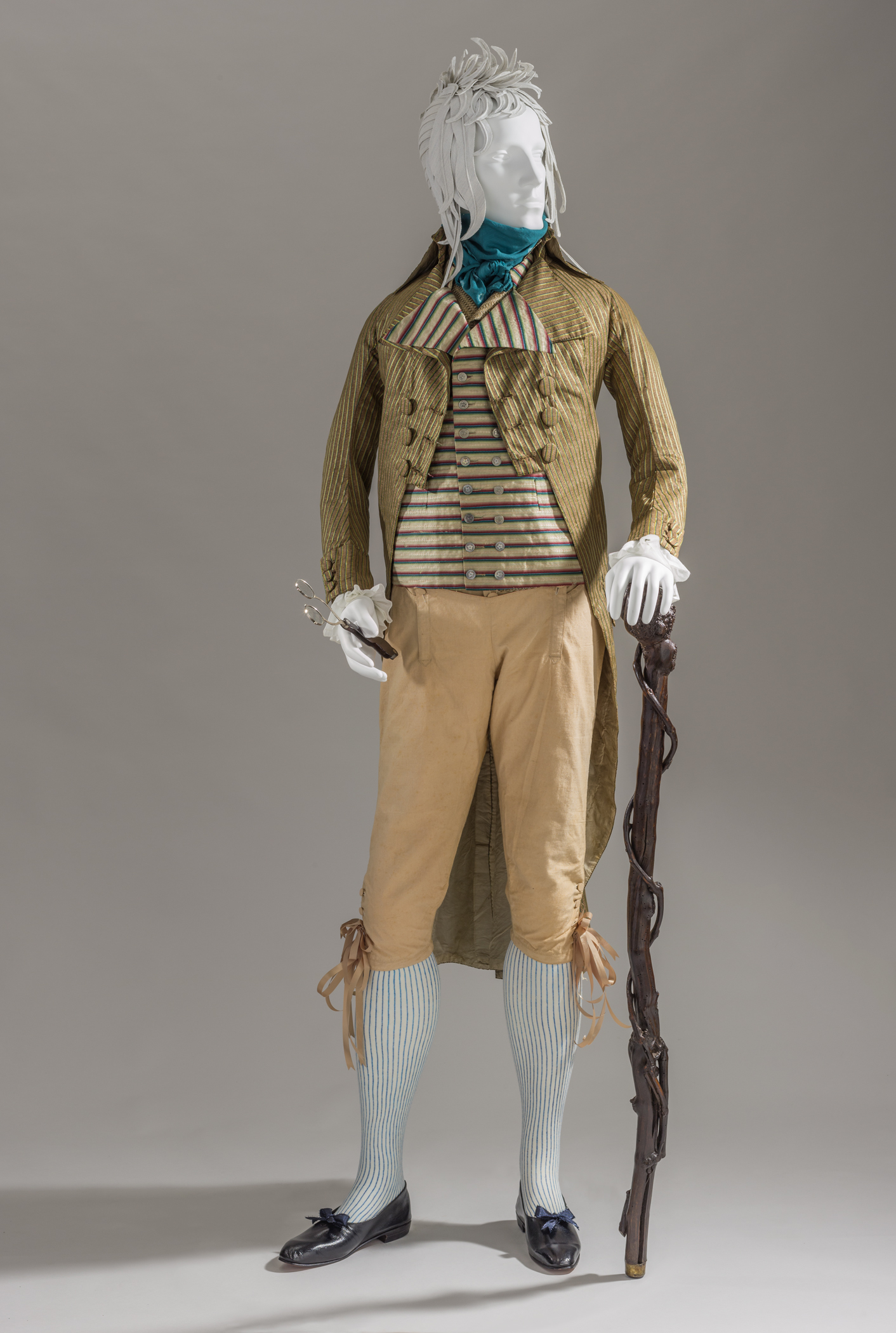 When first shown and published several decades ago, this doll was thought to be from the late 18th century based on his revolutionary-style dress. However, it was not until we began to research the doll for its display in Reigning Men that we began to reconsider this dating. Unlike his clothes, the look of the wooden doll itself seemed to be from a later time period. We reached out to a number of historic doll experts and they generally agreed—the doll is from the 19th century. Reasons varied from how the eyes were made, to the way the face was carved and painted, and to the way the head was attached to the body. 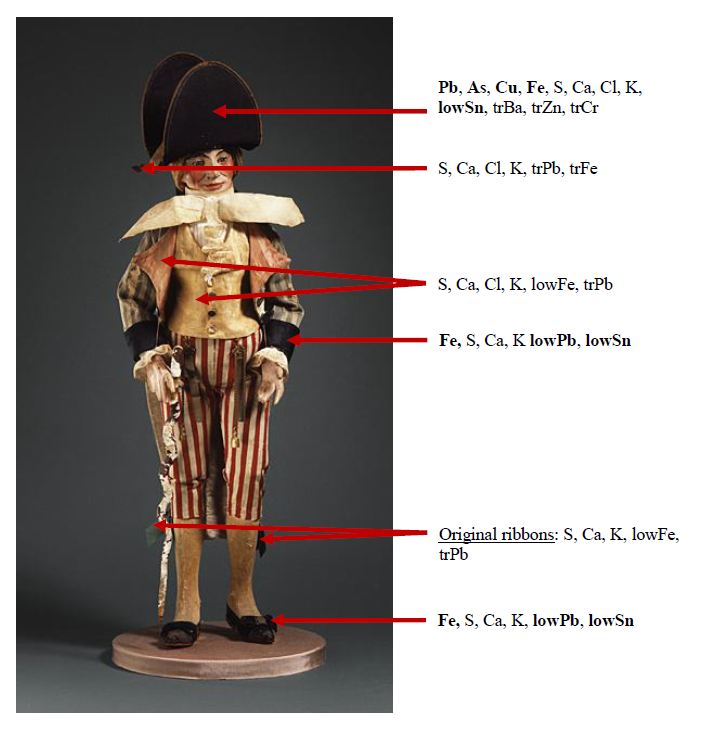 Charlotte Eng, a conservation scientist at LACMA, also took a look at the doll and tested the various textiles that comprised its ensemble. Several specimens showed significant amounts of iron, copper, and salts, typically used to “weight” silks and make them heavier. This was a method used widely by textile sellers to make more money, as silks were purchased by weight rather than by yardage. But more importantly, this practice of weighting with these particular components was not used until the 19th century, supporting the later date of the incroyable-style ensemble. 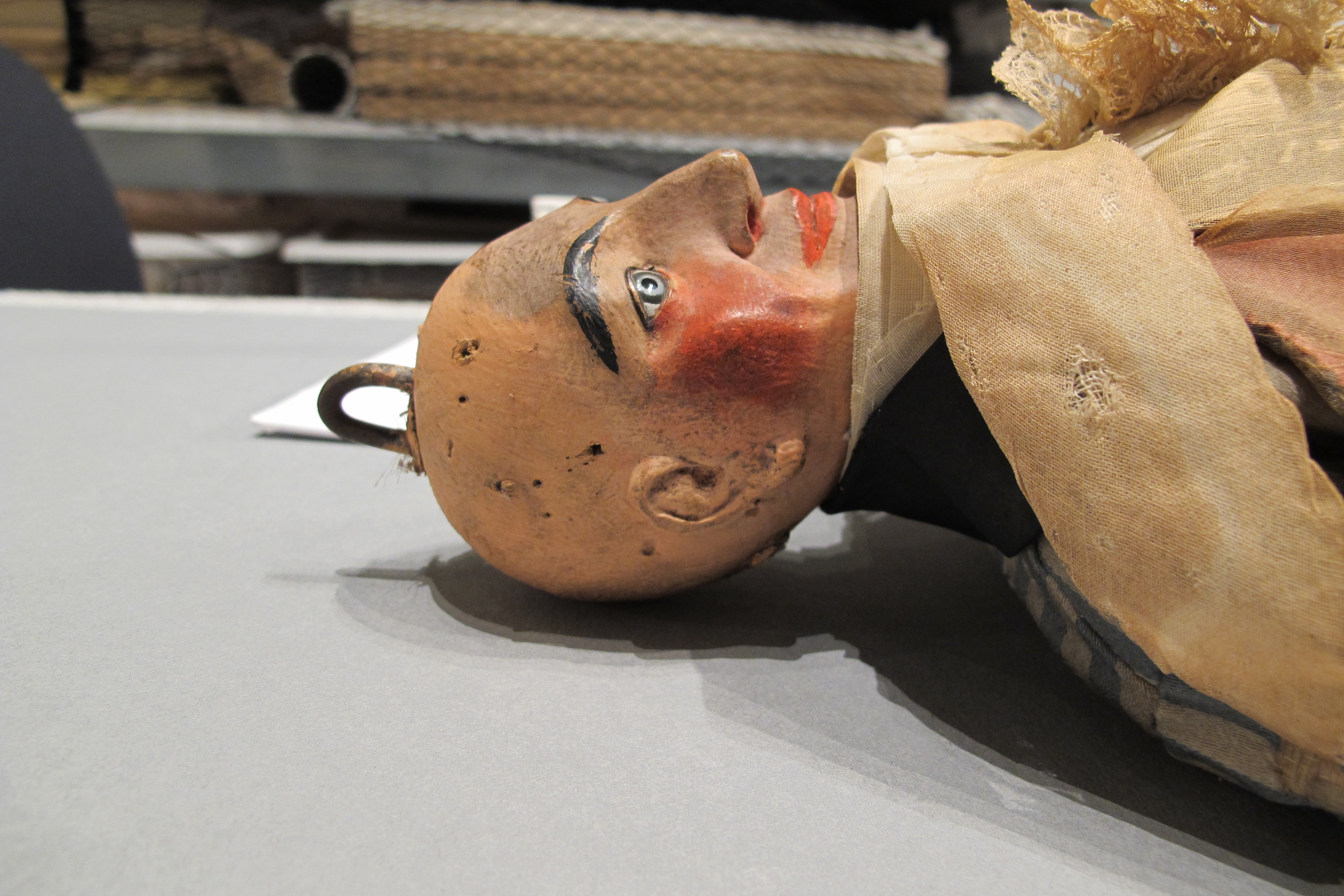 Detail of the doll without its hat, showing the staple at the top of the head originally used for a marionette rod

Interestingly, while the doll was in the conservation lab and components of dress were removed for textile testing, we also observed a peculiar loop at the top of the head, typically hidden under the hat. What could that be? We looked at the doll closer and observed that it had small holes drilled into the hands and that its entire body was fully articulated at all the joints. It was then that we realized that this doll is not only from the 19th century, but it was also originally made as a marionette! The staple atop his head was used for a marionette rod to support the body upright and the holes were used for strings that controlled the articulated movement of the puppet. 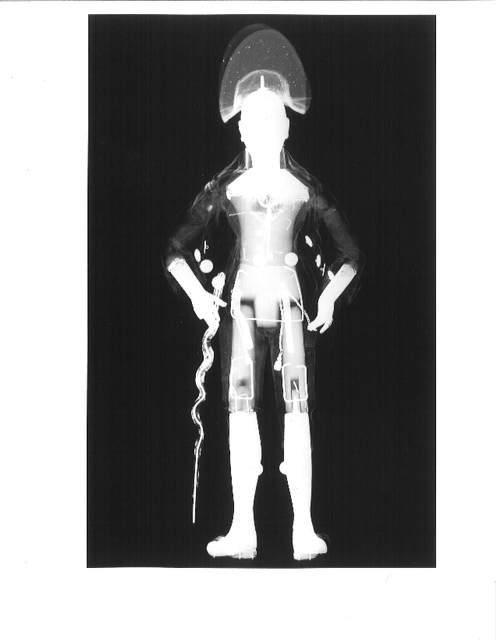 X-ray of the doll

After looking at X-rays of the doll, consulting with doll experts, and considering all of the evidence, we determined that our revolutionary doll does not date from the French Revolution, but is possibly a centennial commemoration of the style. A mid-19th century marionette doll was likely used and thoughtfully repurposed as a decorative example of a caricaturized 1790s incroyable sometime in the latter part of the 19th century. 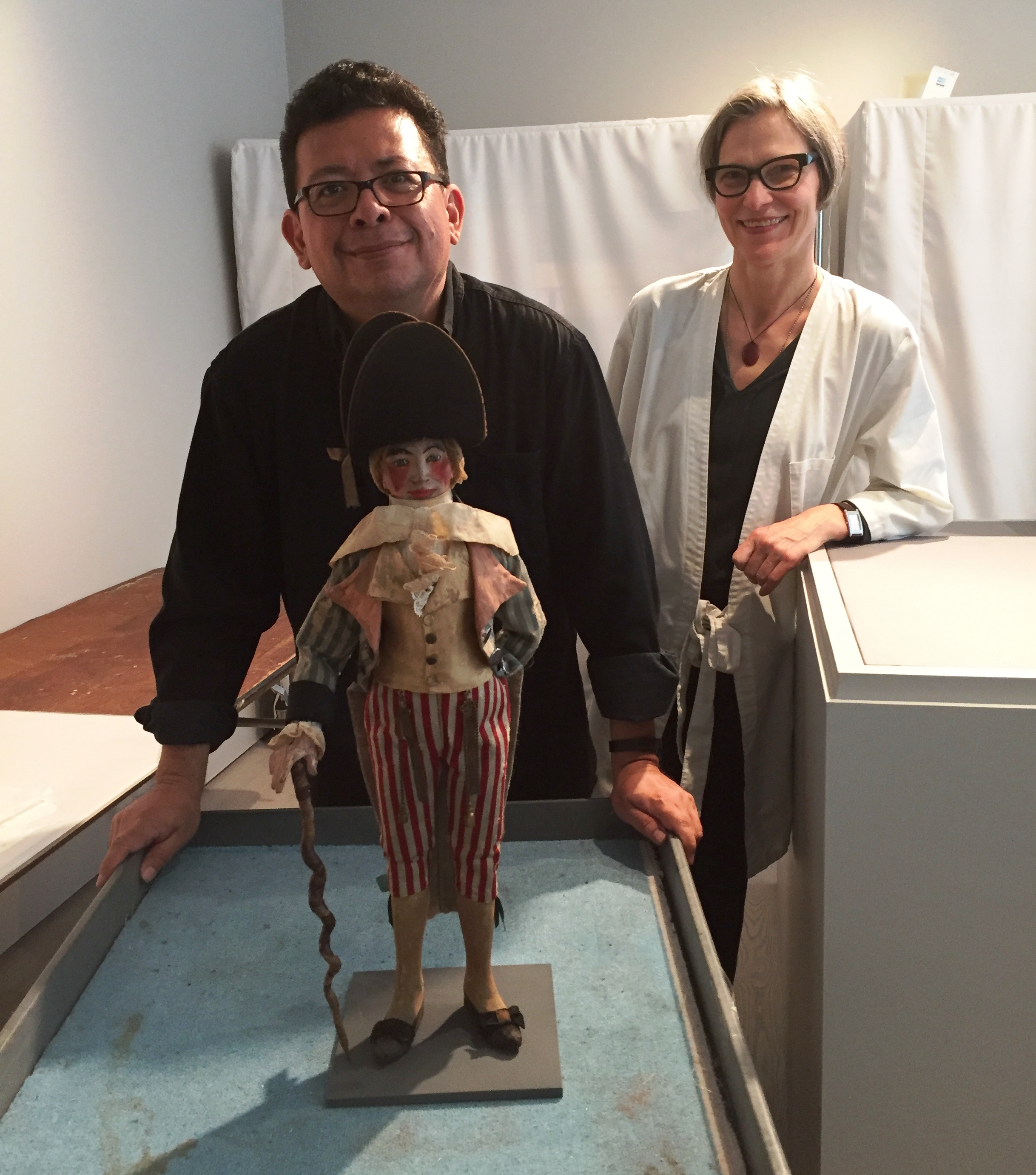 See our smallest Reigning Man with his life-sized French Revolutionary antecedent on display until Sunday, August 21.