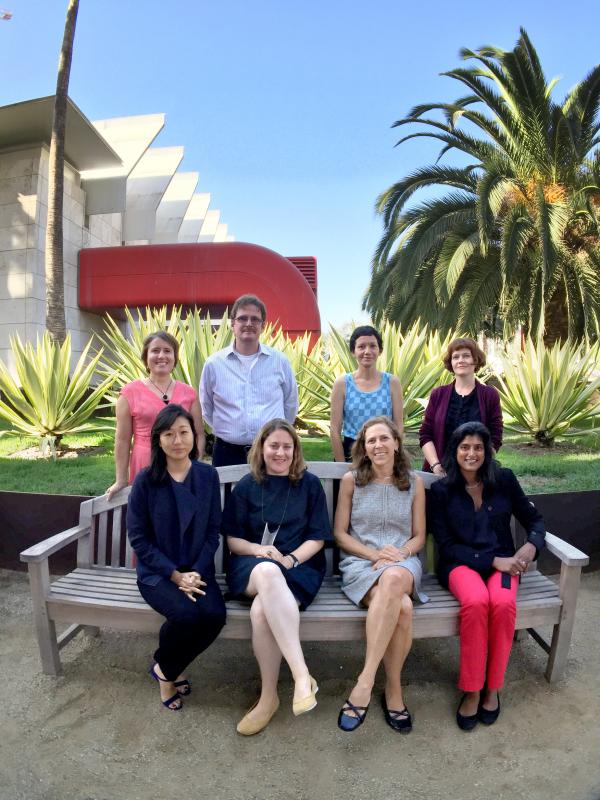 Have a Question? Ask a Curator!

This Wednesday, September 14, is #AskACurator Day—an annual “holiday” for museum social media professionals. And by holiday, I mean that we take the full day to work with curators in our respective museums to answer questions from the public on Twitter and other social media platforms. In the last few years, the initiative has become an extremely popular event, with more than 1,200 museums participating worldwide this year.

2016 will be LACMA’s biggest year to date with seven curators and one conservator participating! Each will be on hand during a one-hour interval on September 14 to answer questions and share their experiences. Check out the schedule below and read on to learn more about the participants.

We’re compiling some questions in advance, so if you have something to ask the individuals below, please leave it in the comments! 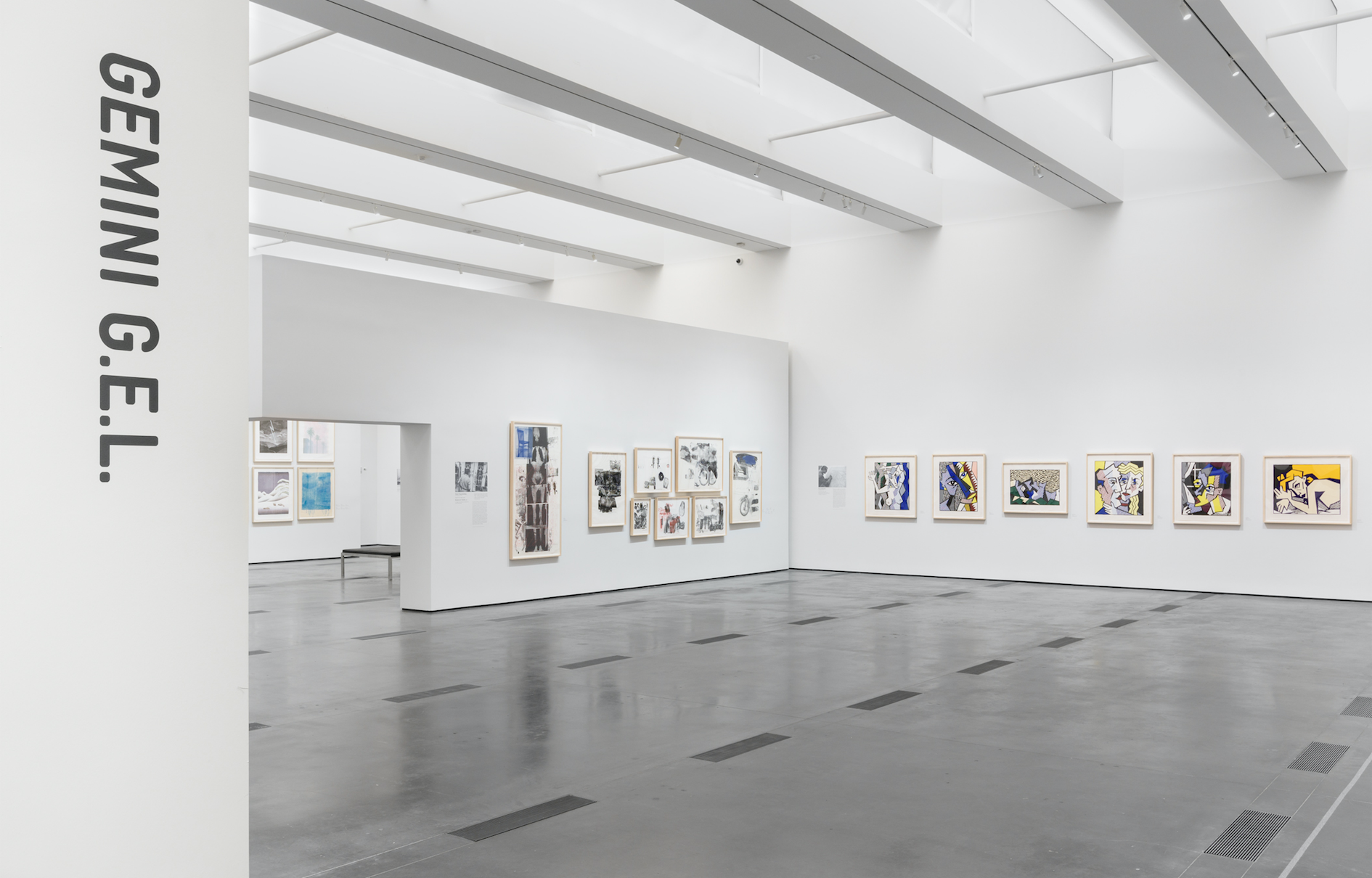 Leslie Jones specializes in modern and contemporary works on paper. She has been at LACMA since 2005 and curated the following exhibitions: Ed Moses: Drawings from the 1960s and 70s and Drawing in L.A.: The 1960s and 70s (both 2015); Drawing Surrealism (2012); John Baldessari: Pure Beauty (2010); Contemporary Projects 12: Robin Rhode (2010); and Outside the Box: Edition Jacob Samuel, 1988–2010 (with Britt Salvesen and Cynthia Burlingham). Leslie has also organized numerous permanent collection installations, including Louise Nevelson in L.A.: Tamarind Workshop Lithographs from the 1960s; Salvador Dalí and Les chants de Maldoror; Pop Prints from the Collection; and R. B. Kitaj’s Selections from a Small Library. Future exhibitions include a 2017 exhibition on Tony Smith’s Smoke, and a major international loan exhibition devoted to the computer and art in the 1960s and 1970s for 2018. Before coming to LACMA, Leslie lived for 13 years in New York City where she worked at the Museum of Modern Art, the Whitney Museum of American Art, and the Guggenheim Museum. She participated in the Whitney Museum’s Independent Study Program in 1993–94 and received her PhD from New York University’s Institute of Fine Arts in 2003 with a dissertation on the ink drawings of Henri Michaux. Her most recent exhibition is The Serial Impulse at Gemini G.E.L., on view through January 2, 2017.

Tushara Bindu Gude is the associate curator in LACMA’s south and southeast Asian art department, a position she has held since 2006. Prior to joining LACMA she served for six years as assistant curator of south Asian art at the Asian Art Museum in San Francisco. Bindu received her PhD in Art History from the University of California, Los Angeles. Her particular areas of research, expertise, and interest include Indian Buddhist art, South Asian courtly paintings, art of the colonial period, and the modern and contemporary art of South Asia. Her past exhibitions at LACMA include Pinaree Sanpitak: Hanging by a Thread (2013) and India’s Fabled City: The Art of Courtly Lucknow (2010–11). Bindu has also curated several permanent collection exhibitions including A Connoisseurs' Delights: Indian Paintings from the Nasli and Alice Heeramanek Collection, Princely Traditions and Colonial Pursuits in South Asia, Landscapes of Devotion: Visualizing Sacred Sites in India, and Devi: The Image of the Goddess in Nepal (currently on view). She has contributed essays to various publication including Kingdom of the Sun: Indian Court and Village Art from the Princely State of Mewar, Holy Madness: Portraits of Tantric Siddhas, and The Kingdom of Siam: The Art of Central Thailand, 1350–1800. Her forthcoming publications include "Kashiraj: The Presentation Album of the Maharaja of Benares," a study of an early 20th century photographic album in LACMA's collection. She is currently working on a large traveling exhibition of Buddhist art drawn from LACMA’s permanent collection.

John Hirx is the head of objects conservation and mount-making at LACMA. Prior to working at LACMA, he worked at both The Metropolitan Museum of Art and The Brooklyn Museum of Art. At LACMA, he and his staff are responsible for the preservation of three-dimensional objects of diverse media, from ancient to contemporary times, indoors and outdoors, on loan for temporary exhibitions or in the permanent collection, and from all curatorial departments. John has a graduate diploma in conservation from New York University’s Institute of Fine Arts Conservation program. He is currently in a PhD program at The Ohio State University where he is pursuing a split degree in the History of Art and Materials Science and Engineering departments. Prior to entering graduate school for conservation, John received both an undergraduate and graduate degree at Hunter College in New York, where he studied art history, studio arts, and chemistry with a concentration in studio ceramics, ceramic technology, and the history of ceramics. His current research interests focus on analytical studies of ceramics, metals, and enamels.

Rita Gonzalez is curator and acting department head of contemporary art at LACMA where she has curated Agnès Varda in Californialand (2013–14), Lost Line: Contemporary Art from the Collection(2012–13),Asco: Elite of the Obscure (2011) (during the Getty’s Pacific Standard Time festival),and Phantom Sightings: Art after the Chicano Movement (2008), among other exhibitions and programs. Rita’s curatorial collaboration with filmmaker Jesse Lerner, Mexperimental Cinema, was the first survey of Mexican experimental film and video. It traveled to museums and film festivals internationally and resulted in the first bilingual publication on the subject. From 1997 to 1999, she was the Lila Wallace Curatorial Fellow at the Museum of Contemporary Art, San Diego. At MCA San Diego, she worked on numerous exhibitions, lectures & film programs, as well as serving as curatorial coordinator for William Kentridge: Weighing and Wanting. She also co-curated the 2006 California Biennial and Adria Julia: La Villa Basque at the Orange County Museum of Art, and 20 Years Ago Today at the Japanese American National Museum. Her essays appear in Still Moving: Between Cinema and Photography (Duke University Press), Recent Pasts: Art in Southern California from 90s to Now (JRP|Ringier Zurich), and California Video: Artists and Histories (Getty Publications). Rita received her MFA in Visual Arts from the University of California, San Diego, and her C.Phil in Cinema and Media Studies at the University of California, Los Angeles. 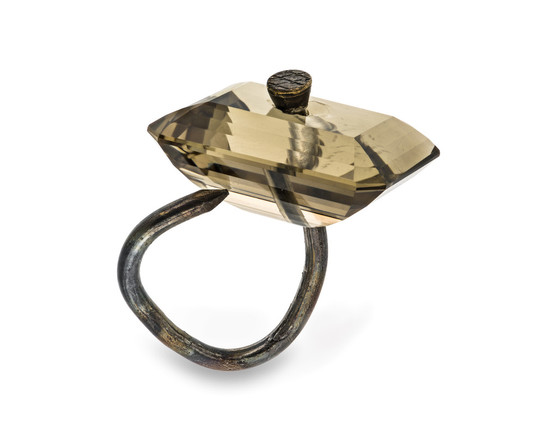 Rosie specializes in pre-1850 European decorative arts. Since joining LACMA in 2013, she has updated the displays of Renaissance, Baroque, and 18th-century decorative arts, worked with contemporary artists on projects that resonate with the museum’s historic collections, and overseen the ongoing long-term loan to LACMA of over 50 works dating to the 17th–19th centuries from The Rosalinde and Arthur Gilbert Collection at the Victoria and Albert Museum in London (V&A). Rosie is currently co-curating Beyond Bling: Jewelry from the Lois Boardman Collection (2016) and co-editing the accompanying catalogue with LACMA colleague Bobbye Tigerman. Also at LACMA, Rosie curated The Stowe Vase: From Ancient Art to Additive Manufacturing (2016) and co-curated Close-Up and Personal: Eighteenth-Century Gold Boxes from the Rosalinde and Arthur Gilbert Collection (2014). Rosie previously worked at the Stained Glass Museum in Ely near Cambridge, and then at the V&A where she was based in the metalwork department. She received her PhD from the University of East Anglia.

Bobbye specializes in modern and contemporary architecture, design, and craft. She was co-curator of California Design (2011–12) for which she also contributed an essay to the exhibition catalogue and edited the companion publication A Handbook of California Design, 1930–1965: Craftspeople, Designers, Manufacturers. She also curated "From the Spoon to the City": Design by Architects from LACMA’s Collection (2009) and is co-curator of Beyond Bling: Jewelry from the Lois Boardman Collection. Her next exhibition for 2020 is on the influence of Scandinavian design in America throughout the 20th century. Previously she worked in the American Decorative Arts department at the Metropolitan Museum of Art. She studied the history of art, architecture, and design at Harvard University, the Courtauld Institute of Art, and the Winterthur Program in American Material Culture at the University of Delaware. She collects books about Los Angeles, vintage plastic water pitchers, and green VW Beetle toys in honor of her beloved former car, Bugeleh. 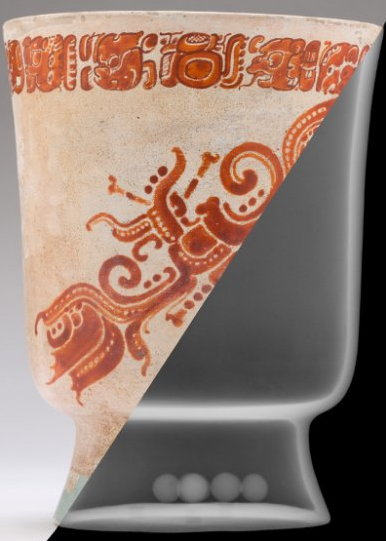 Naoko Takahatake is associate curator of prints and drawings. Prior to joining LACMA in 2010, she was the Andrew W. Mellon Curatorial Fellow in the Department of Old Master Prints at the National Gallery of Art, Washington. She has previously held the positions of Research Associate at the Center for Advanced Study in the Visual Art, Washington, and Michael Bromberg Fellow in the Department of Prints and Drawings at the British Museum. Takahatake received her BA from Vassar College and her MA and PhD from the University of Oxford. She has published and lectured widely on Italian Renaissance and Baroque print history. Among the exhibitions and permanent collection installations she has organized at LACMA are: Picasso and His Printers (currently on view); The Allure of Venice: Eighteenth-Century Drawings and Prints from the Collection (2015); Taste for the Antique: Neoclassical Drawings from the Collection (2014); Whistler’s Etchings: An Art of Suggestion (2012), The Prints of Hendrik Goltzius (2012); The German Woodcut: Renaissance and Expressionist Revival (2012). She is currently organizing a major international loan exhibition for 2018 devoted to the chiaroscuro woodcut in Renaissance Italy, and her most recent exhibition is The Serial Impulse at Gemini G.E.L., on view through January 2, 2017.

Megan E. O’Neil is associate curator in the art of the ancient Americas at LACMA. Her first LACMA exhibition, Revealing Creation: The Science and Art of Ancient Maya Ceramics, opened in May 2016. Before LACMA, she taught at several universities and worked on curatorial and education projects at the intersections of universities and museums. Her first book, Engaging Ancient Maya Sculpture at Piedras Negras, Guatemala (University of Oklahoma Press 2012), examines how the ancient Maya used sculptures to make contact with the past and how sculptures inspired reception and performance. She also has published on these topics in Res, Ancient Mesoamerica, and the Journal of Visual Culture, and in Striking Images, Iconoclasms Past and Present. She also published a revised edition of the book Maya Art and Architecture, co-authored with Mary Miller (Thames and Hudson 2014). She is now working on a large exhibition, Forces of Nature: Divinity in the Arts of the Ancient Maya, comprised of pieces from LACMA's permanent collections, which will travel to China in 2017 and 2018 and will feature an illustrated catalogue. A native of New Orleans, LA, Megan received her BA in Archaeological Studies from Yale University, her MA in Art History from the University of Texas at Austin, and her PhD in History of Art from Yale.

Join us on Wednesday to ask your burning questions!