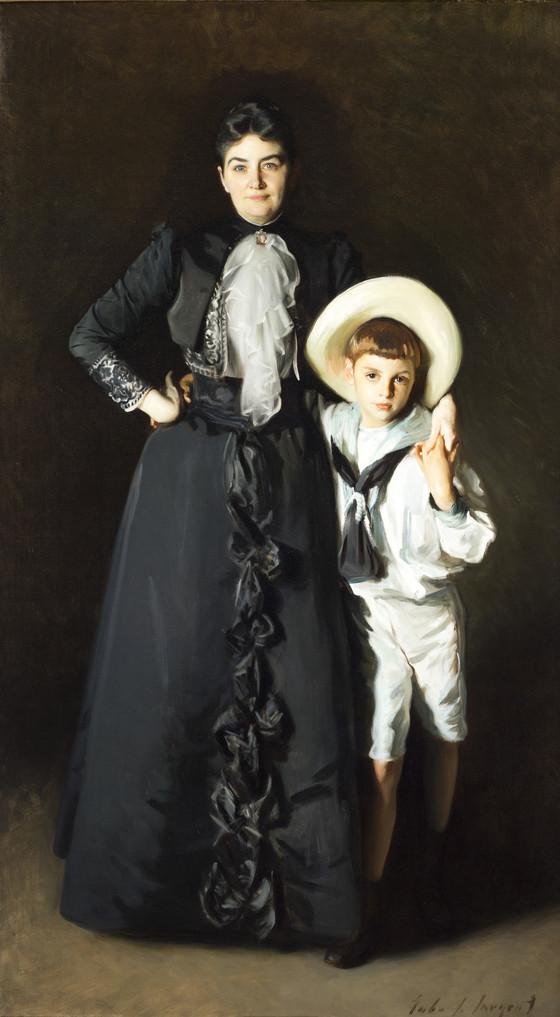 Haunted LACMA: The Wanderings of a John Singer Sargent Portrait

If you’ve been in the same room as John Singer Sargent’s Portrait of Mrs. Edward L. Davis and Her Son, Livingston Davis, then you’ve felt it. This painting has an inexplicably overwhelming presence. What that presence means, however, is entirely personal to the viewer.

Although it hangs in a gallery with many other objects, this oil painting demands the viewer’s attention with Sargent’s minimal use of color. His signature use of black, white, and the shades in between is both dramatic and nuanced. Most striking is the subject’s eyes—piercing icy blue, they are the first thing I notice when standing in front of the portrait.

The woman in the painting is Maria Robbins Davis, who embraces her son, Livingston Davis. Mrs. Davis was the wife of a former mayor of Worcester, Massachusetts. Sargent spent part of the summer of 1889 painting this portrait of one of the city’s most prominent women and her son. His depiction of the pair is compassionate and warm, despite the severe blackness of the background. While the darkness behind the mother and son might seem eerily murky, it represents the contrary. Sargent placed his subjects in the light, directly in front of the dark interior of the family’s stable house, which he used as his studio for this commission. This decision was meant to keep the focus on the mother and son, and illuminate their tender relationship.

Maria Davis came from a prominent family and was highly educated. In this work, she asserts her upbringing in her posture: forward-facing, direct, and confident. Livingston leans into his mother, clasping one of her hands draped around his shoulders and the other by her side. The moment captured is loving and endearing. The sweetness of it is only intensified by the circumstances of Livingston’s apparent suicide years later.

Over the years, guards posted on the graveyard shift at LACMA have shared chilling stories of sightings of a woman and child wandering the museum.

One guard, who wishes to remain anonymous, was asked to explain what he and his colleagues had experienced. He hesitated and looked up and down the hallway in which he stood. He said, “I don’t think I should talk about it.” When asked why, he responded, “The last time I talked about it, the lady [in the black dress] came to me in a dream that night. She said, ‘Stop talking about me.’”

After much convincing, he shared his experience.

Haunted LACMA: The Wanderings of a John Singer Sargent Portrait from LACMA on Vimeo.

Despite the painting’s rumored haunting, this powerful Sargent portrait remains a deeply moving depiction of tenderness, strength, and familial love.

What do you feel when you view Sargent’s portrait of Maria Davis and her son? Tweet us @LACMA or comment below! The painting is currently on view in the Art of the Americas Building on Level 3. 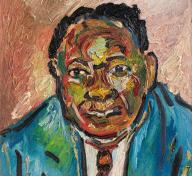 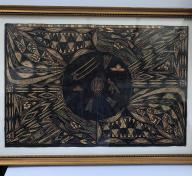 Gift of American Outsider and Folk Art from the Collection o
March 30, 2022 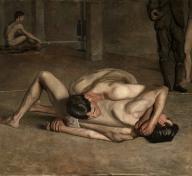