Behind the Scenes with Paintings Conservation

LACMA’s renowned Conservation Center cares for the many artworks in our collection, studying them to learn more about how they were made and preserving them for future generations. Recently, we visited Mellon Conservation Fellow Miranda Dunn in the Paintings Conservation Lab, where Miranda is hard at work treating Saint Michael Fighting the Dragon, c. 1400.

This wood panel was originally part of a larger altarpiece, and Miranda is in the first stages of treating this painting, which had a thick layer of discolored varnish and discolored retouching.  Before beginning treatment, Miranda studied works from the same period to better understand the artist and his art. She examined LACMA’s painting with an assortment of analytical techniques to understand its condition. 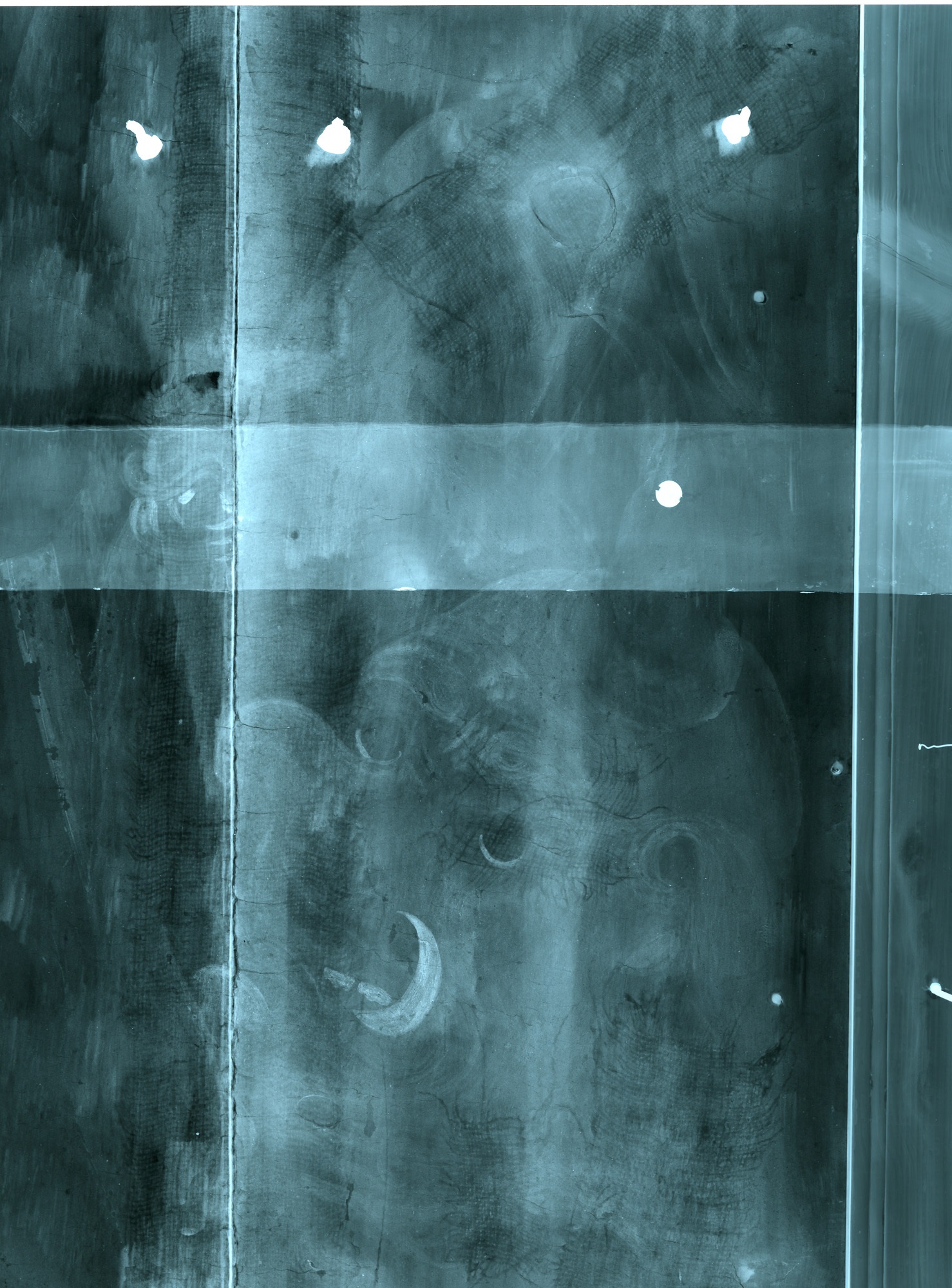 X-radiograph image from the area around the head of the dragon, showing the batten and nails used to attach it

X-radiography enabled Miranda to see the construction of the Saint Michael panel. The panel has three vertical panels that were stabilized by horizontal battens on the back that were attached with nails through the front of the painting. The x-radiograph also confirmed that the top piece, where the tips of the wings are depicted, was added later on; it is made of a different type of wood and attached in a different technique.

We also learned, through the use of X-ray Fluorescence spectrometry, that two different pigments were used to create the red wings. The original is mercury sulphide or vermilion, while above the join, red lead was used. 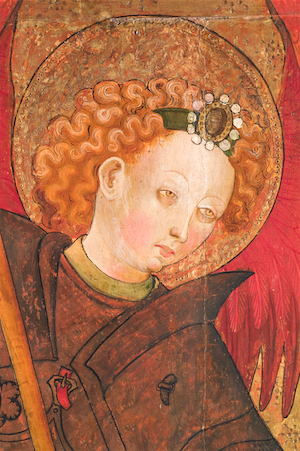 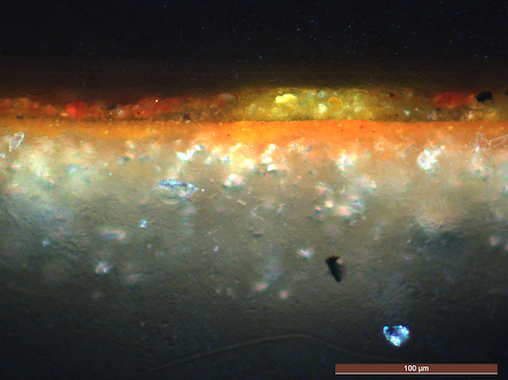 Examination and research sometimes involve taking cross-sections. Cross-sections are microscopic samples taken from areas of damage that show the paint and ground layers. This aids in the understanding of the structure of a painting. Miranda took these small samples from already damaged areas of the painting, and examined them under a microscope. Further tests on these samples can provide us with even more information about the materials. 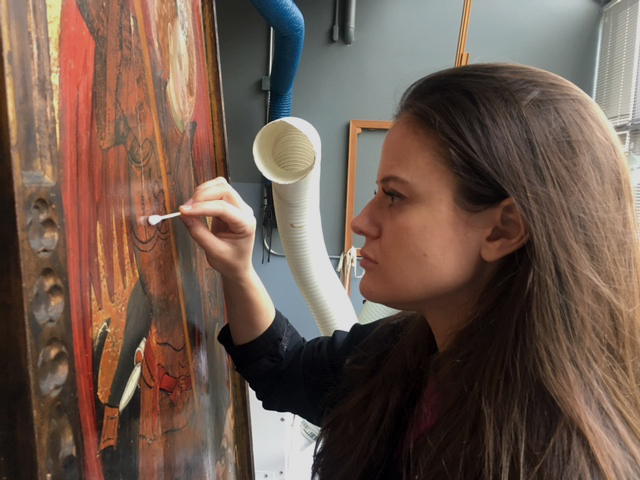 Armed with all of this information, Miranda will continue removing discolored varnish and retouching that obscured the original design. Although it currently looks like leather, the armor worn by Sain Michael was created with silver leaf and has been tarnished and damaged over time. The same technique can be seen in the armor of Saint George in another Spanish panel in LACMA’s collection, Triptych with Scenes from the Life of Saint George from the School of Aragon, c. 1425–50, on Level 3 of the Ahmanson Building.

Learn more about Miranda’s discoveries in this Facebook Live broadcast from a few weeks ago, and come see it in the galleries when the treatment is complete. 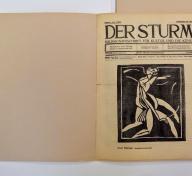 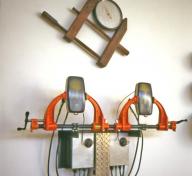