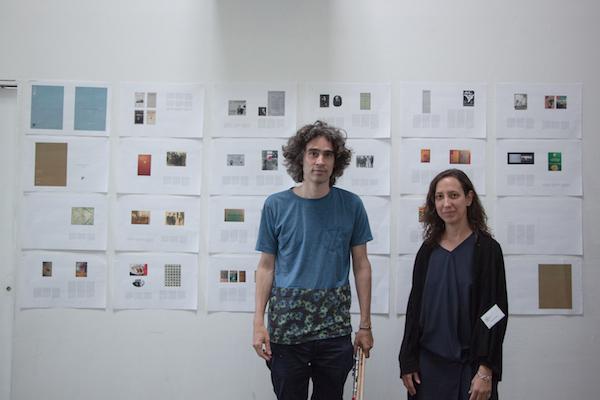 Runo Lagomarsino and Carla Zaccagnini in their studio during residency at 18th Street, May 2016, photo by Erica Rodriguez

Beginning in 2014, 18th Street Arts Center began to receive a stream of artists with roots in Latin America every couple of months, to become a part of our already robust international residency program. The residencies were born out of a collaboration with LACMA that was first imagined in 2013. This effort grew out of personal relationships between our institutions, and an interest in using our respective strengths as institutions to work together. The 15 artists who spent time on our Santa Monica campus in 2015–16 were tasked with developing work for A Universal History of Infamy, the exhibition curated by Rita Gonzalez, José Luis Blondet, and Pilar Tompkins Rivas that would ultimately be housed at LACMA, 18th Street, and Charles White Elementary School during Pacific Standard Time: LA/LA.

As a research assistant for the visiting artists, I had the opportunity to show the artists around and orient them to Los Angeles. For many it was their first time in Los Angeles, and they welcomed a local guide. For Naufus Ramírez-Figueroa, that meant being guided through the neighborhood around MacArthur Park, also known as Pico-Union, to experience more directly the Central American diasporic communities that have settled in Los Angeles. Much of his work has been reflections on his own experience as a Guatemalan refugee who spent considerable time in Canada, but he had had little experience of the U.S. With Brazilian artist Tamar Guimaraes, we made a two-hour pilgrimage to The Eaton Collection of Science Fiction & Fantasy at UC Riverside to view rare books documenting shamanic practices in the U.S. and Latin America. With Mapa Teatro, we discovered films that explored the fantasy of Los Angeles within UCLA’s Film Archive. With Angela Bonadies, we spent time in the Placita Olvera learning about David Alfaro Siqueiros’s America Tropical mural, which in the end became the center of her project.

Being fluent in Spanish was crucial for connecting with and supporting many of the artists, as this allowed them to speak in the language with which they are most comfortable and brought some familiarity to a new place. Luckily Los Angeles is also a Spanish-speaking city. 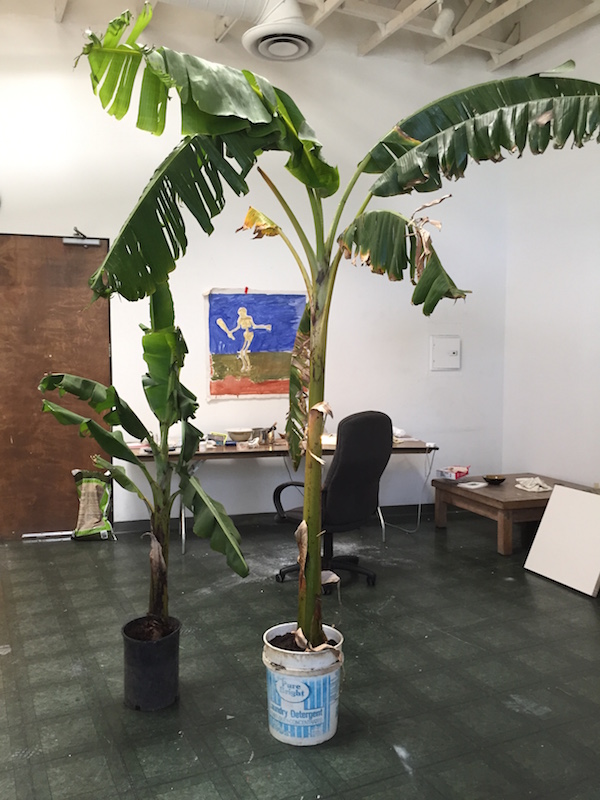 Naufus's studio during his residency at 18th Street, April 2017, photo by Betty Marín

For some artists, support meant helping them find child care or schools, making sure they had groceries when they first arrived, or helping shop for plants so that the studio felt like home. Making sure artists were comfortable, oriented, and had what they needed was fundamental to eachresidency starting off on the right foot. The car rides, museum visits, neighborhood tours, and errand runs became an opportunity to get to know each artist on personal and artistic levels, creating exchanges that were rich, and ultimately fed into the research that I did to produce a series of articles on their work. Seeing the artworks come to fruition has been exciting, and the personal relationships I developed with some of the artists have allowed me to understand and appreciate the works on a different level. 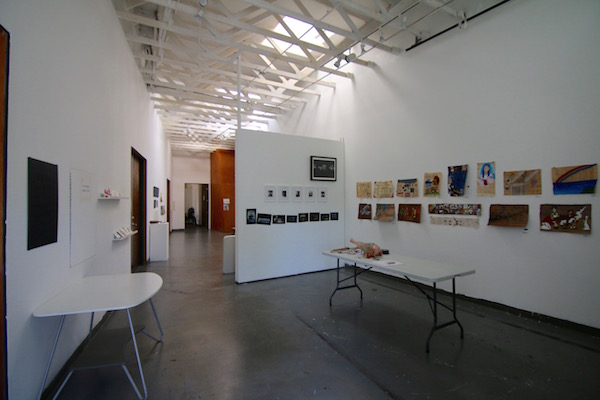 As a by-product of these experiences, and as a part of our educational program for the exhibition, I have been working with students, along with local artist Paulina Sahagun, at two Santa Monica schools: Santa Monica High School and John Adams Middle School. The students have learned about these works, engaged in discussions regarding their themes, and have produced their own projects in dialogue with the artists’ ideas and processes. Their works will be on view in Universal Histories, an exhibition in our Atrium Gallery and the Sam Francis Gallery at neighboring Crossroads School, on view through the end of our Pacific Standard Time:LA/LA exhibition, A Universal History of Infamy: Virtues of Disparity, which closes on December 15.

One of the goals of the curriculum was for students to respond directly to the questions the artists were asking in A Universal History of Infamy, as opposed to dealing with visual aspects of the artworks alone. That meant having discussions about the role of codices before and after the conquest of the Americas, and understanding how censorship has been used across art history and how it connects to the censorship of political actions outside of the arts as well. Students then reflected on their own stories, experiences, and beliefs and visualized them, mimicking the research process that many of artists went through to produce their works. This research process was a core part of the time the artists spent at 18th Street. Artists need this precious time to begin to form the questions that ultimately shape their projects. 18th Street seeks to provide them with this time and space and to create connections and exchange between the artists, their ideas, and the public.