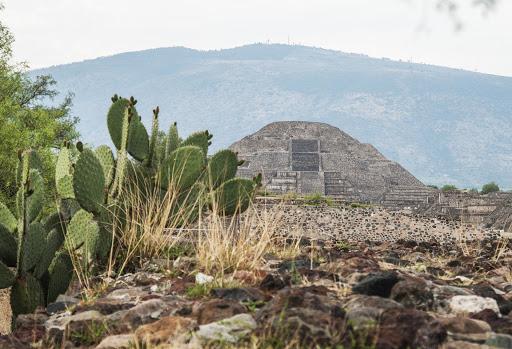 Walking through the City: Teotihuacan in Los Angeles

This week at LACMA, we open the exhibition City and Cosmos: The Arts of Teotihuacan, a thrilling show featuring many new discoveries from the ancient city of Teotihuacan, which is located about 30 miles from Mexico City. Teotihuacan was founded in the first century BCE, and over the next centuries it grew to be the largest urban center in the Americas. In its day, it was the sixth-largest city in the world. 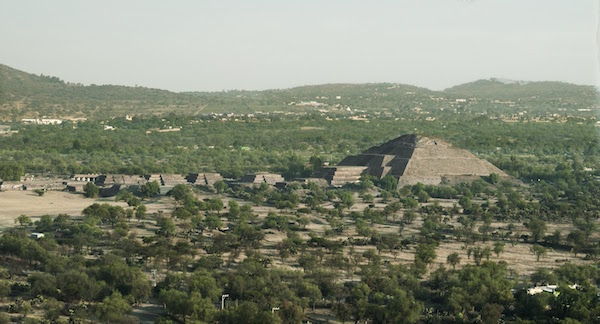 Any visitor to Teotihuacan is inevitably impressed and awed by the massive scale of the three main pyramids and the Street of the Dead, the roughly three-mile-long avenue that forms the city’s north-south axis. The city’s pyramids form clear relationships with the surrounding mountains and other landscape features, including Cerro Gordo, a dormant volcano located to the north of the city. This volcano provides a striking visual reference point for people walking on the Street of the Dead, for as one walks northward along the avenue, moving up and down stairways as the elevation rises and falls due to undulations in natural landscape and built architecture, one sees the volcano alternately framing and blending with the Pyramid of the Moon, located at the avenue’s northern terminus. Their interrelation creates an exciting and awe-inspiring experience, and one is filled with wonder at the beauty of the landscape and the architectural and engineering feats of the city’s ancient builders. It is a truly breathtaking place.

For the exhibition at LACMA, which was shown first at the deYoung Museum in San Francisco, we have tried to share glimpses of this extraordinary place by using drone footage and aerial photographs as visual reference points for museum visitors; the gallery design also gives a subtle nod to the spatial layout of the ancient city. Hopefully these glimpses of this vast site will inspire our visitors to learn more and contemplate this ancient city. 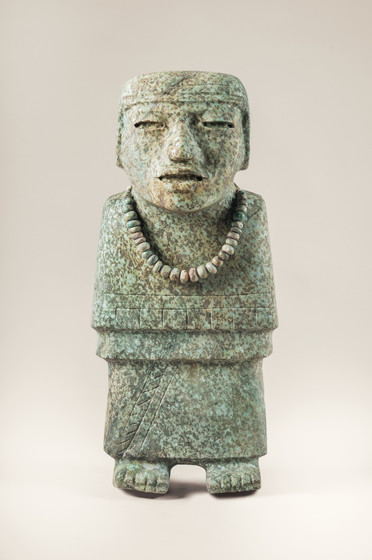 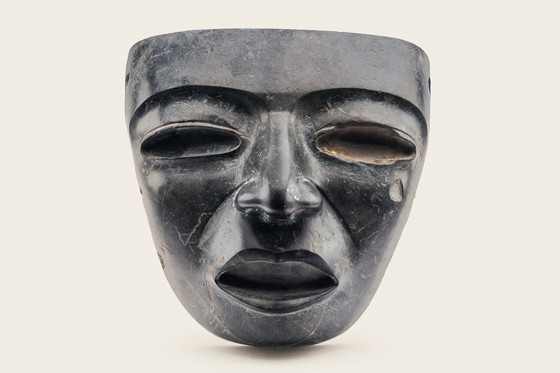 Most exciting for me about the exhibition are the many artworks that bring us closer to the city’s ancient residents, particularly the figures carved from stone that allow us to look into the faces of the people of Teotihuacan. Although they are idealized images that portray both humans and anthropomorphic deities, the variety of facial features and expressions give us a window into the array of people who once populated this grand city. Plus, these carved faces generally have their eyes and mouths open; they are seeing, breathing, and speaking, and inlays of shell and obsidian in their eyes and mouths further enliven them. Each time I enter the galleries, I can’t help but stop in front of one or more of these faces. Their presence is arresting, and I find myself with eyes and mouth wide open too, communing with these works and their extraordinary ancient artists from across the centuries. 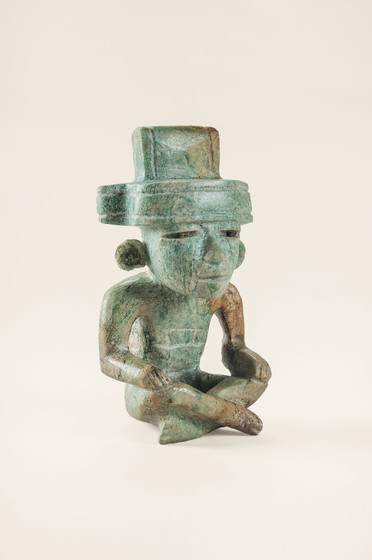 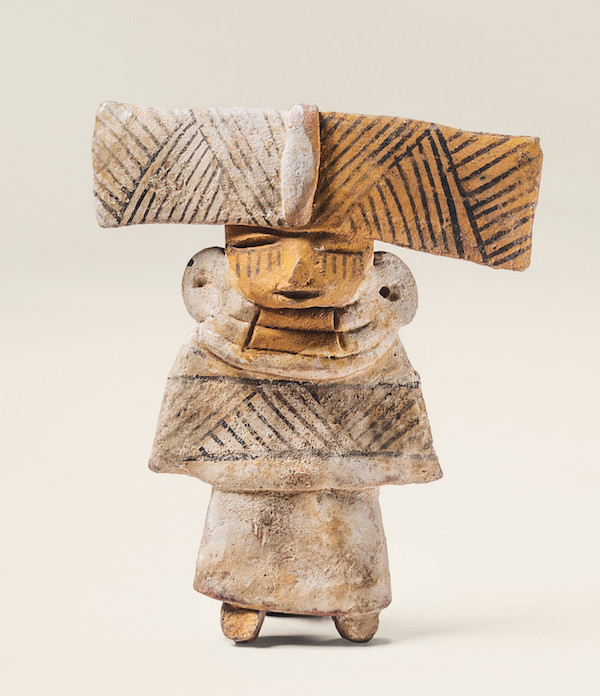 Many of the works in the exhibition were discovered by archaeological projects in the last few decades, and because of their meticulous work, we know a great deal about this ancient city. The exhibition catalogue, edited by Matthew Robb, contains abundant information about the city, and we have included a lot of information about Teotihuacan and its artworks in the gallery didactics and labels. There is so much to learn, and I hope our visitors will read about the pieces in the texts at the museum or at home. But more importantly, I hope our visitors will stop in front of the many carved faces (and other pieces too!) made of colorful stones and other materials, take a moment to appreciate their beauty and artistry, and allow their powerful forms to bring them closer to the ancient people who inhabited the great city of Teotihuacan.

On March 24, 2–5 pm, LACMA will host the program “Teotihuacan: Archaeology Under the City of the Gods/Teotihuacán: Arqueología Debajo de la Ciudad de los Dioses” in the Bing Theater. For non-members attending the program on March 24, free admission will be given to the exhibition for that day. City and Cosmos: The Arts of Teotihuacan is on view March 25–July 15, 2018. Member Previews are March 22–24. Not a member? Join now!