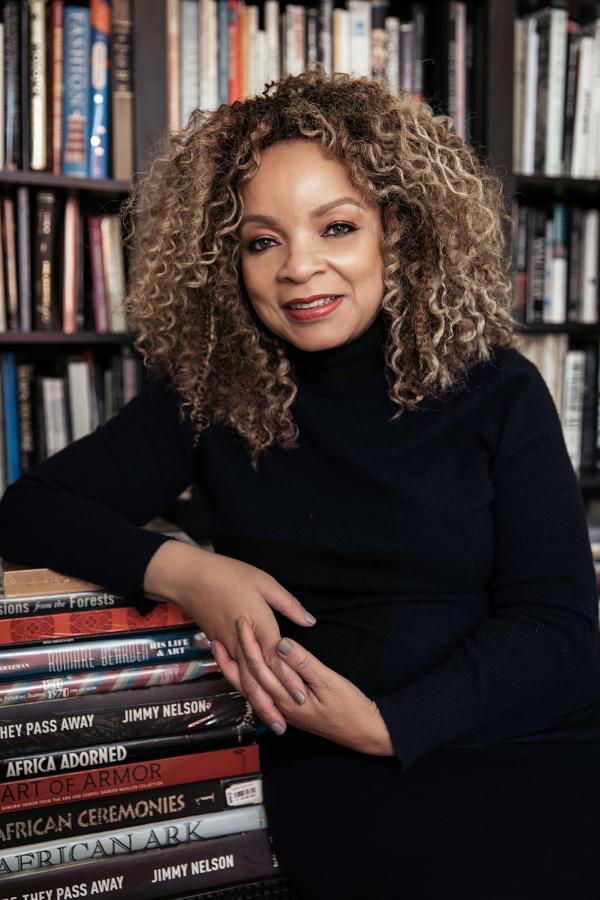 Join us next week for a conversation with senior curator of costume and textiles Sharon Takeda and film and television costume designer Ruth E. Carter. Carter, whose career spans more than 35 years and includes over 40 films and three nominations for the Academy Award for Best Costume Design (Malcom X, Amistad, and Black Panther), will detail her creative process in designing the Afro-futurist superhero costumes for Black Panther, directed by Ryan Coogler. We caught up with the celebrated costume designer to ask her a few questions before the event.

What do you love most about designing costumes for film?

The one thing I do know is that I did not come into this profession for the love of fashion. Some people may think that Dior, Chloé, or McQueen motivated my love for creating wearable art. But for me it was storytelling. Very early on I was introduced to the writers James Baldwin, Lorraine Hansberry, Zora Neale Hurston. And I was fascinated by the way they could tell a story. I could visualize the characters and the places in their stories. So, I think I have been on that track my entire career—of making the most interesting and colorful characters come to life.

What inspired you when creating costumes for the fictional Wakanda? Could you tell us about specific design elements from your research that you incorporated into the costumes?

We were all (department heads, director, producer) interested in telling a story about Africa. The inspirations came directly from the tribal techniques and beauty in their adornment. Specifically, Himba red clay color and leatherwork, Turkana beadwork, armor from the Ndebele, to name a few, are all seen on the costume of the Dora Milaje. But, I was very careful about how the various tribal elements seen throughout would be shared harmoniously. This opportunity to infuse various cultures into one costume allowed us to create a new culture of Wakanda.

What was the most challenging costume to create?

The Black Panther costume was the most challenging because it, in many ways, already existed. The complex process of making a super suit like that was something that I felt was preexisting and I had little experience in creating one. There's Superman, Batman, and the rest that all shared similar creation techniques. These suits are almost trendy in their processes through the decades. So, I had to somehow break a barrier that required that I follow a strict guideline. That opportunity to do something original seemed impossible. I knew I could somehow turn the Black Panther "the  superhero" into the royal dress of an "African King." Something I felt could enhance the overall design. This was done by introducing the triangle, the Okavango pattern to the texture. A small addition with super cultural and spiritual significance.

Ruth E. Carter will be speaking at LACMA on Thursday, February 7. Three costumes from Black Panther, courtesy of Walt Disney Studios Motion Pictures, will be on view in the lobby of the Bing Theater. Tickets are $5 for LACMA members and students with valid ID and $15 for the general public. Get your tickets today!