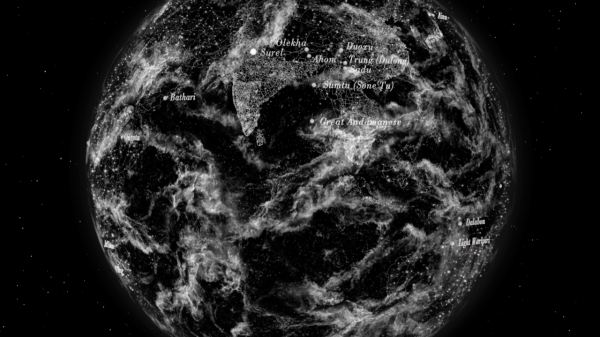 On Saturday, June 15, LACMA CEO and Wallis Annenberg Director Michael Govan will be in conversation with artist Lena Herzog at 2 pm in LACMA’s Bing Theater. Visitors will be able to experience Herzog’s virtual reality project Last Whispers VR: An Immersive Oratorio between 11 am and 2 pm, and between 3 and 6 pm on the day of the talk. In advance of these upcoming events, we spoke with Herzog about the Last Whispers project.

What was your inspiration for Last Whispers?

It wasn’t one thing. I grew up quite a bit language crazy and wondered about linguistic “mechanics” in the formation of thought, belief, and doubt early on before I ever knew that there was such a discipline as linguistics. I worked as a proof reader at a printing press, studied Language and Literature at the Philological Faculty of the (at the time) Leningrad University.

Ultimately, human language capacity always stunned me. It is our first, highly abstract and foundational creative act that we all do, and it is the key to how we define the world and ourselves in it, how we think. The fact that human creativity is so vast and various is an optimistic proposition. The fact of linguistic extinction is not only alarming but is difficult to address because the form this particular extinction takes is silence. This difficulty confounded and obsessed me. So the project came about from this long haunting wonder.

How has your study and work in philosophy and linguistics (philology) influenced your artistic practice?

One of the main effects is my skepticism towards concepts. I find that work which leans heavily on concepts alone seems to be doing so not knowing that these seemingly profound ideas are digests from Philosophy 101. Language study had produced that effect of skepticism originally. It is underestimated how “radical” it is to engage in a study of language because you end up arriving to the most interesting and dangerous place of all: questioning definitions. 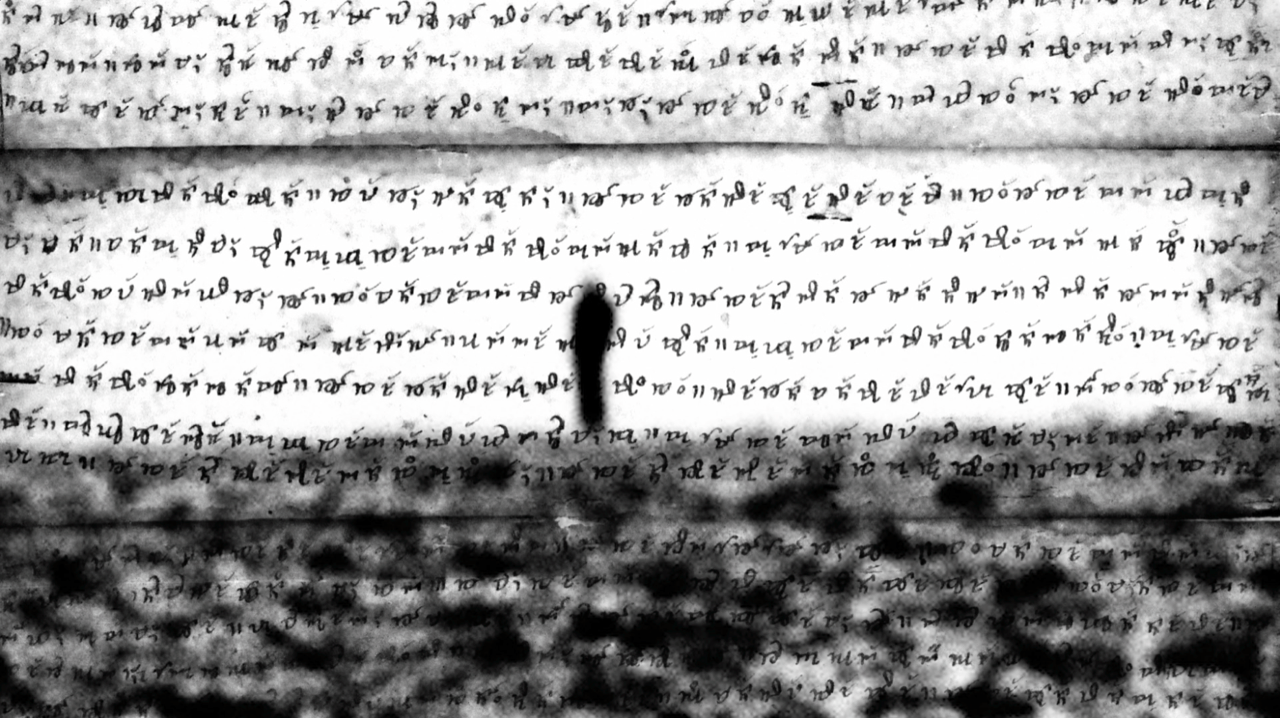 Did you always envision Last Whispers to be presented through VR or has it changed over time?

Last Whispers has undergone some serious metamorphosis. The very first iteration of it was an essay about the phenomenon of language extinction. Then, as I became a photographer, I devised to create a gallery of the last speakers’ portraits rigged with their recordings. But it occurred to me that the moment you see their faces, as an audience you separate yourself from them, and I wanted the opposite: I wanted us to feel as if it is all of us who are the last speakers. I came very close to making it an audio-haptic display in a forest where every tree was rigged to become a loud speaker projecting voices singing, speaking, and chanting in extinct and endangered languages. Well, I could not find a single arborist who’d sign off on that, so I set out to create an immersive choral work and brought the forest into the video and audio instead. The iteration went from a clear didactic essayistic form to an unclear and difficult to define immersive one.

Last Whispers has multiple parts: a 45 minute audio video immersive installation and a 7 minute virtual reality experience, for example. Why have you chosen to explore this topic through these multiple approaches?

The original 45 min AV piece will be shown at the Ford Theatres on June 14, and I call it an “audio video installation.” Essentially, it is a four dimensional sound sculpture (designed in time and in space) and a lyrical video comprising a 45 minutes immersive work dedicated to language extinction. Neurologically, we register such “spacialized” sound environment as present. So, we hear the voices as if the speakers are singing and talking right next to you, around you, present, alive, urgent. When the work first showed at The Living and Dying Gallery of The British Museum it had an effect on people: they stopped in their tracks, they listened, lingered, they shushed each other…

VR went all the way into immersion however; it became its own animal. It works differently from the collective experience in a theater or a museum, and the medium has its own rules, even its own gravity. Indeed, in VR you have to think of the physics of the world you create from scratch.

One of the most attractive things about virtual reality right now is the fact that it is still so rough shot, still figuring its way around—a medium “still in diapers.” So I loved working with the engineers and coders at Emblematic because they were so open to invention when we were making Last Whispers VR. A lot was possible precisely because VR is still unsettled and not slick. I hope to make two more parts to complete the VR trilogy. 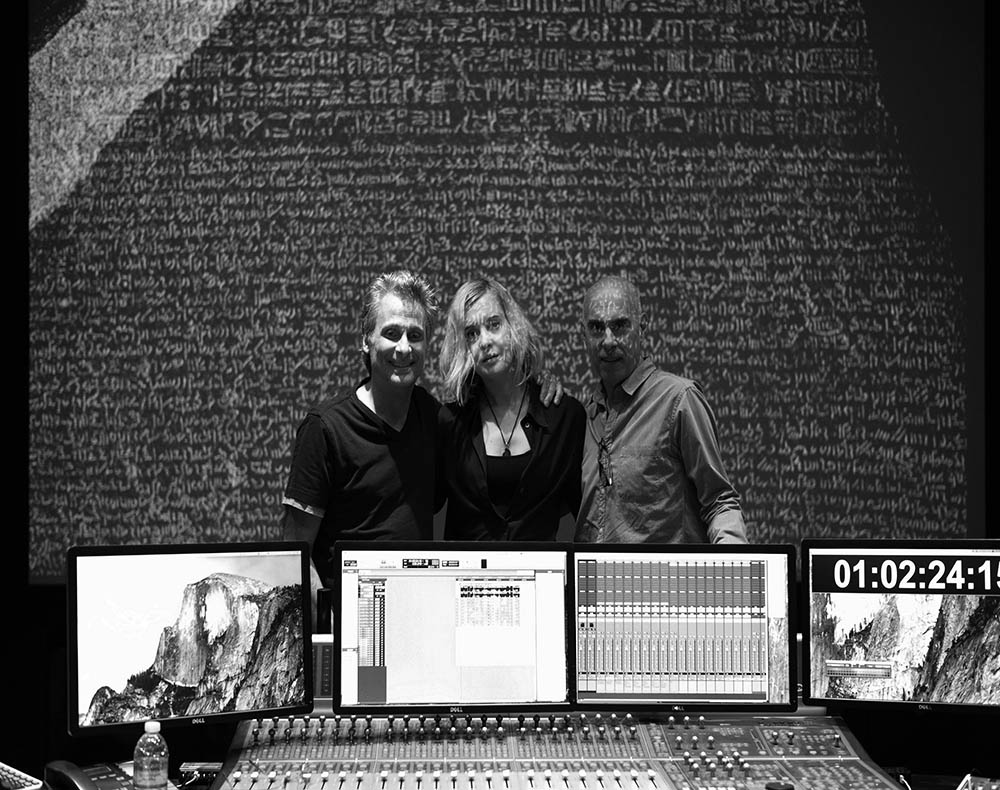 Who did you collaborate with on this project?

My brilliant team: the researchers Theresa Schwartzman and Evelyn Villa, the animator Amanda Tasse, drone operator Tomas Van Houtryve, designer Maggie Morris. Marco Capalbo and Mark Mangini are the phenomenal sound designers—crucial in the project. The heroes of the story are the linguists, archivists, and the endangered language speakers. That was maybe one of the most challenging aspects of this project as I went from being the lone ranger with cameras in the world, then in my darkroom to working with vast numbers of people from many walks of life all around the globe.

Friday, June 14 and Saturday, June 15 are exciting days for Last Whispers in Los Angeles. What do you hope L.A. audiences will take away from these events?

I hope the work stays with them. What more could one ask?

Could you share additional resources for people to learn more about endangered languages?

Join us at LACMA on June 15 for Michael Govan’s conversation with Lena Herzog, and to experience Last Whispers VR: An Immersive Oratorio. The Ford Theatres presents Last Whispers—Oratorio for Vanishing Voices, Collapsing Universe, and a Falling Tree audio video immersive installation on June 14. 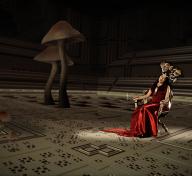