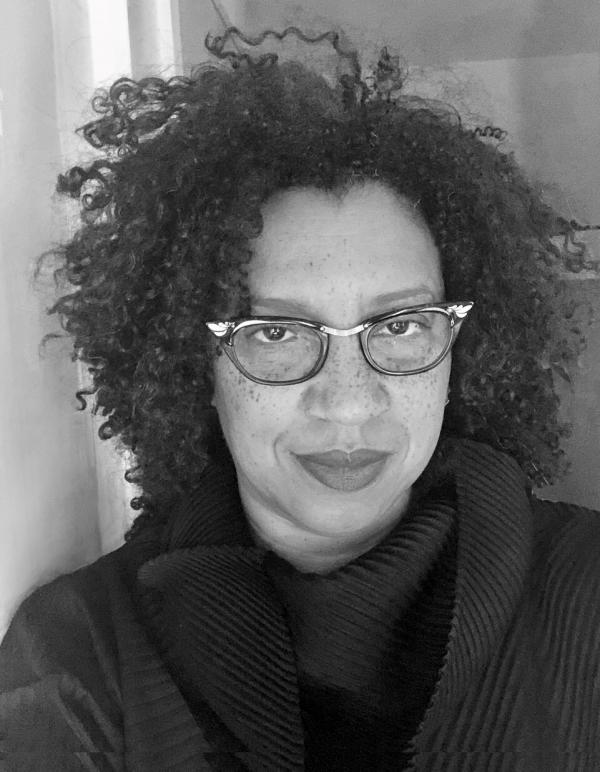 This evening, LACMA is pleased to welcome Los Angeles’s poet laureate, Robin Coste Lewis, for a poetry reading inspired by the exhibition Betye Saar: Call and Response. Robin will read from her own works as well as writings by the artist Betye Saar.

Robin’s poetry debut, Voyage of the Sable Venus (Knopf, 2015) was honored with the 2015 National Book Award for Poetry—the first poetry debut to do so since 1975, and the first debut to win in poetry by an African American. She received her MFA in poetry from NYU, an MTS in Sanskrit and comparative religious literature from Harvard University's Divinity School, and a PhD in poetry and visual studies from the University of Southern California. A finalist for the Rita Dove Poetry Award, the Los Angeles Times Book Prize, the Hurston/Wright Award, as well as the International War Poetry Prize, her work has been widely published in various journals and anthologies, including The New Yorker, The Paris Review, and The New York Times, among others. Robin is also currently the writer-in-residence at the University of Southern California.

We had an opportunity to catch up with Robin before tonight’s event.

Do you recall the first time you encountered Betye Saar's work?

I don’t recall the specific moment because, ever since I was very young, my memory has always been saturated with Saar’s objects and images. They were a profound antidote to the daily, often hourly, onslaught of the kind of sideways history we were being taught at school—the heinous caricatures of people of color in our very textbooks, in the media, in our music, everywhere.

In what ways has her art impacted your own?

Her work showed me there were numerous other ways to engage besides the predictable. Like all great artists of her stature, her work also showed me the importance of everyday, found objects, how art is a catalog of losing and finding, and making life spring forth from that place. The American aesthetic is often a tragically sentimental aesthetic––we’ve been fainting for centuries. For me, Saar’s work, in every medium, but especially her assemblage pieces, refuses tragedy, and instead turns the tragic figure into a kind of resonant form of power. I try to do that with the archive, and with my research.

Do you feel there is something special about creating art in Los Angeles?

I think there is something special about creating art in any location. What’s distinct about being an artist in Los Angeles for me, however, has everything to do with the border (Mexico) and the ocean (the Pacific Rim). Indigenous history and migration of all kinds are the foundation of this city.

How do you see that play out in your and Saar's work?

Again, fragmentation isn’t a tragedy, but a source, if not the primary source, of great aesthetic, political, philosophical power.

As poet laureate of Los Angeles, how do you hope your work influences or empowers other artists?

I hope my work encourages us to resist the impulse to perform our own lives. Contrary to Shakespeare’s great line, life is not a stage. I hope my work models for others a certain political and historical power that has tenderness as its source. I don’t want to insult humanity by writing the same stupid poem that screams, “Life is hard.” What mammal doesn’t know that? I think it is harder, but more honest to create work that says, “I feel historically tender.” Which is to say, despite all the heinous history, I feel as if I have inherited a certain political elegance, which is to say, wisdom, from artists like Saar and others. So, I hope to pass that on. I hope my work encourages others to step forth into beauty without political shame.

Reservations for this event are no longer available in advance. A standby line will form at 6:30 pm outside BCAM before the event. Guests in the standby line will be accommodated on a first-come, first-served basis, though unfortunately there is no guarantee of space being made available to guests in this line.