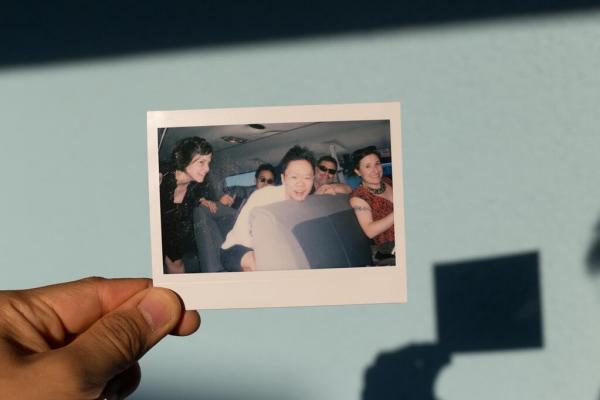 We’re at the mid-way point for the first year of the Art + Technology Lab, and we have six artists who have been hard at work on new projects for the past several months. 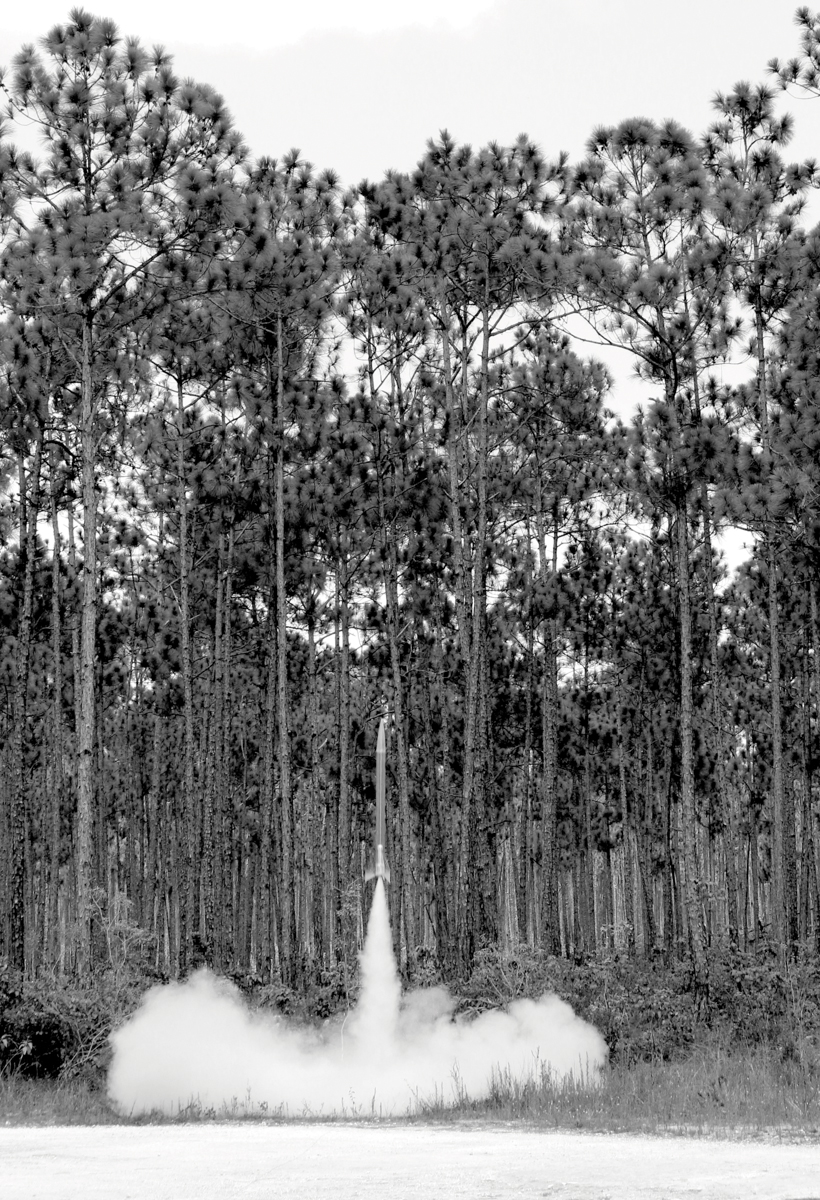 Tavares Strachan came into the program with a proposal to create and launch glass rockets powered by alternative fuels in the Bahamas and Los Angeles, but after spending time in Los Angeles, visiting SpaceX, and talking about opportunities with Lab Advisor and SpaceX President and COO Gwynne Shotwell, he came up with an entirely new concept. 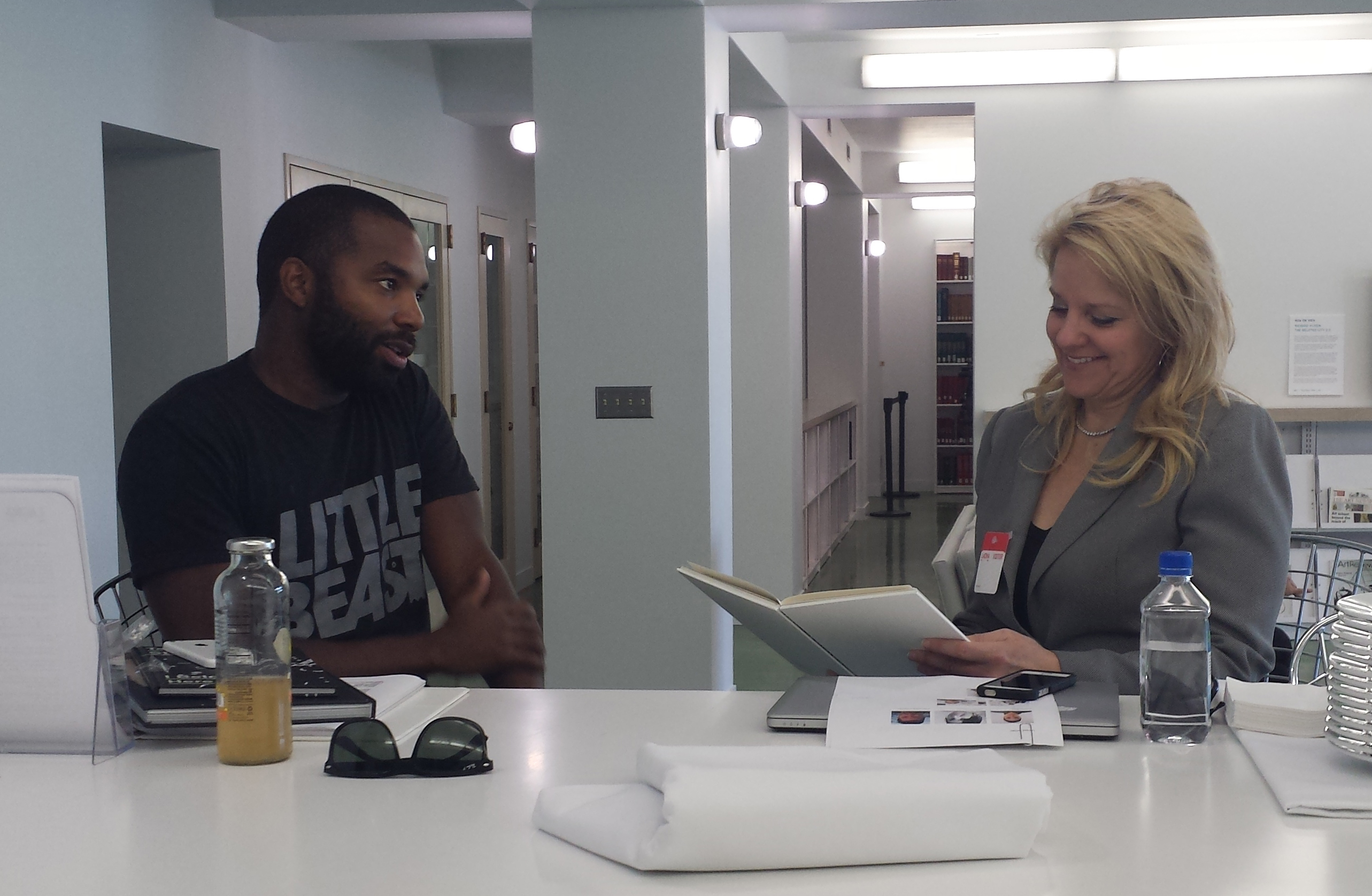 Tavares Strachan and Gwynne Shotwell, COO of SpaceX, in the Art + Technology Lab at LACMA

It’s too early in the project to share the details, but Strachan’s new plan involves the lost history of a pioneering astronaut, and has ties to art history and the museum’s collection (the ancient Egyptian collection, in particular). Strachan’s work spans several media and the project will include performance, drawing, documentation, and sculpture. We plan to share more details this winter, as the planning phase moves into implementation. (One aspect of the project involves collaborative drawings made with the input of scientists and small groups of first graders, so if your family is part of our free NexGen membership program, watch for an invitation to participate.) 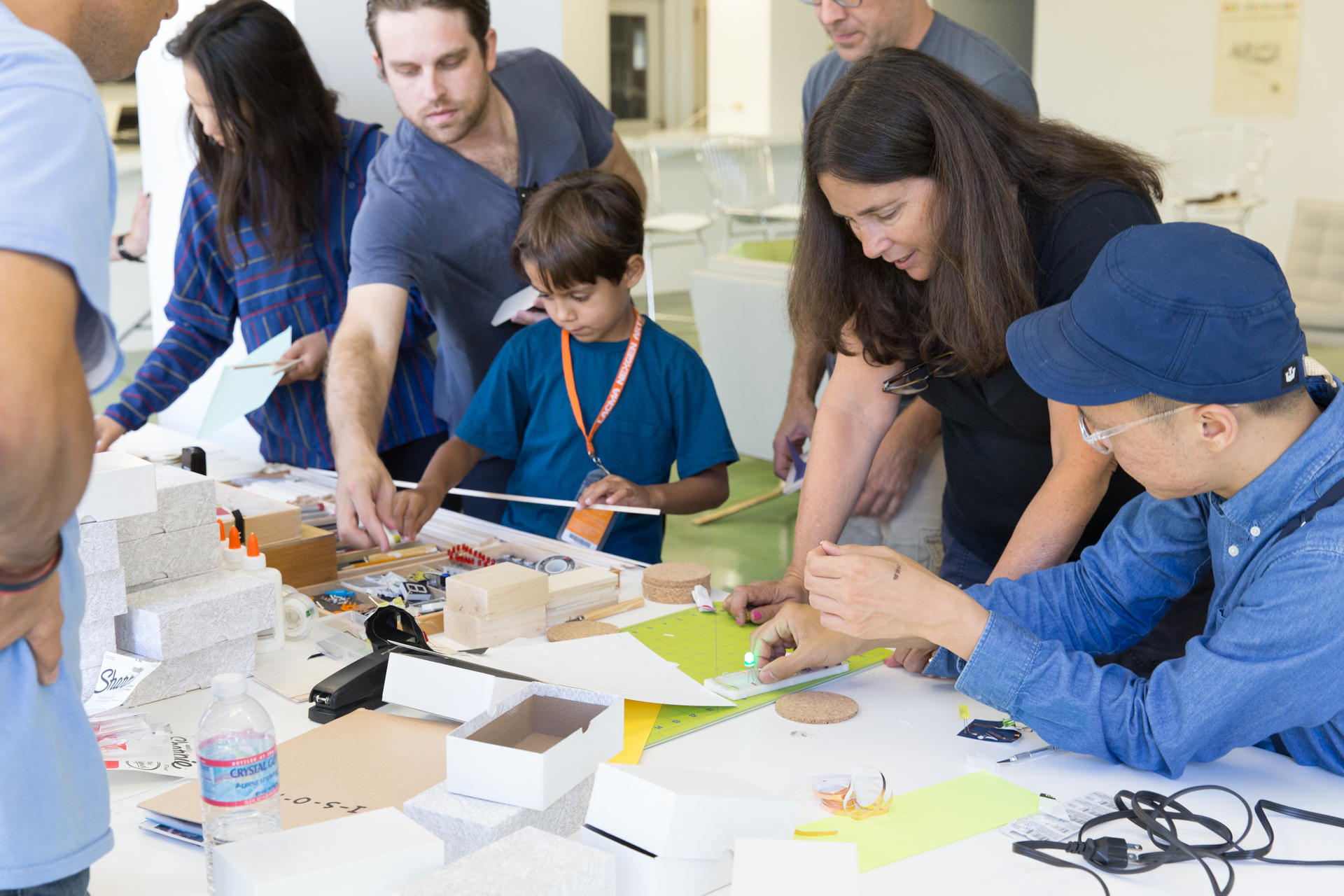 We were thrilled when the artists proposed a workshop in the Lab; they called it the “Timekeeper Invention Club,” and it was a way to generate and share ideas for conceiving and measuring time other than the familiar Coordinated Universal Time. If you didn’t see our update a few weeks ago featuring videos made by the artists and the participants in the workshop, check them out here. 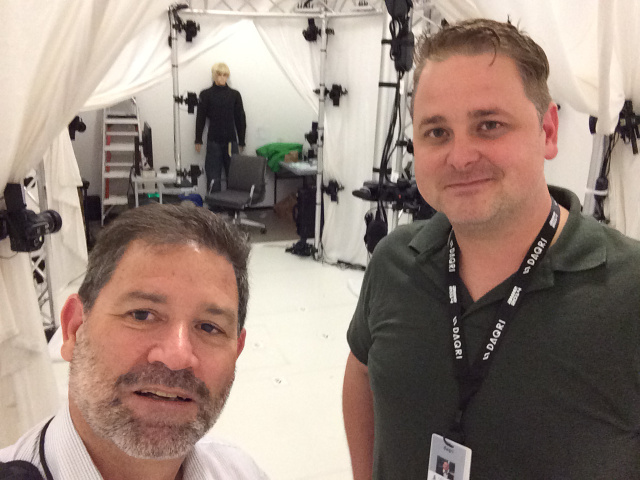 John Craig Freeman, whose practice has been exploring augmented reality and public art for years, came into the Lab with an idea for a public art project that would be “embedded” across the city in the form of an application that puts virtual objects representative of individual stories of loss in specific locations around Los Angeles. 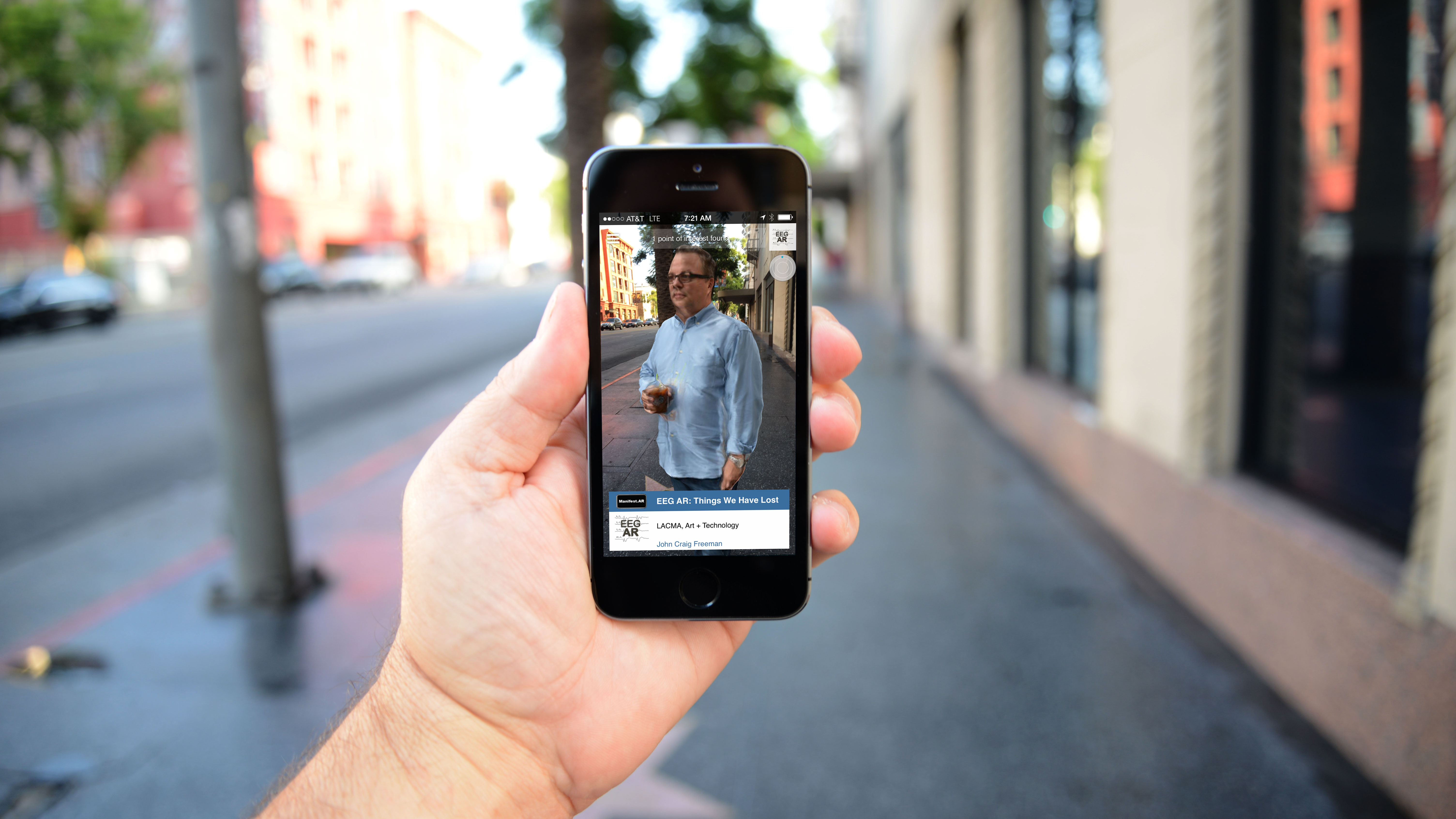 John Craig will be in residence at the Lab starting in February for a series of performances in which the public will be invited to don EEG headsets and “conjure” lost objects from a database. During the past several months, he’s talked and worked with Lab advisors including Brian Mullins, CEO of DAQRI, Max Maxell and Chris DeFay at Google, and Chris Malachowsky, founder of NVIDIA. A fortuitous thing happened after John Craig received his Lab award: Emerson College, where he teaches in Boston, agreed to give him an appointment this spring at the campus in Los Angeles, where he will be leading a class and involving his students in his project. Find out more about his project here.

Annina Rüst came into the Lab eager to expand on her use of robotics and data visualization in her practice. She has used the grant period to experiment with more advanced robotics and repurpose domestic appliances to advance a project she began the year before called A Piece of the Pie Chart. The project utilizes a robot to print pie charts illustrating the underrepresentation of women in art and technology on edible pies, in a juxtaposition of domestic and industrial technology. 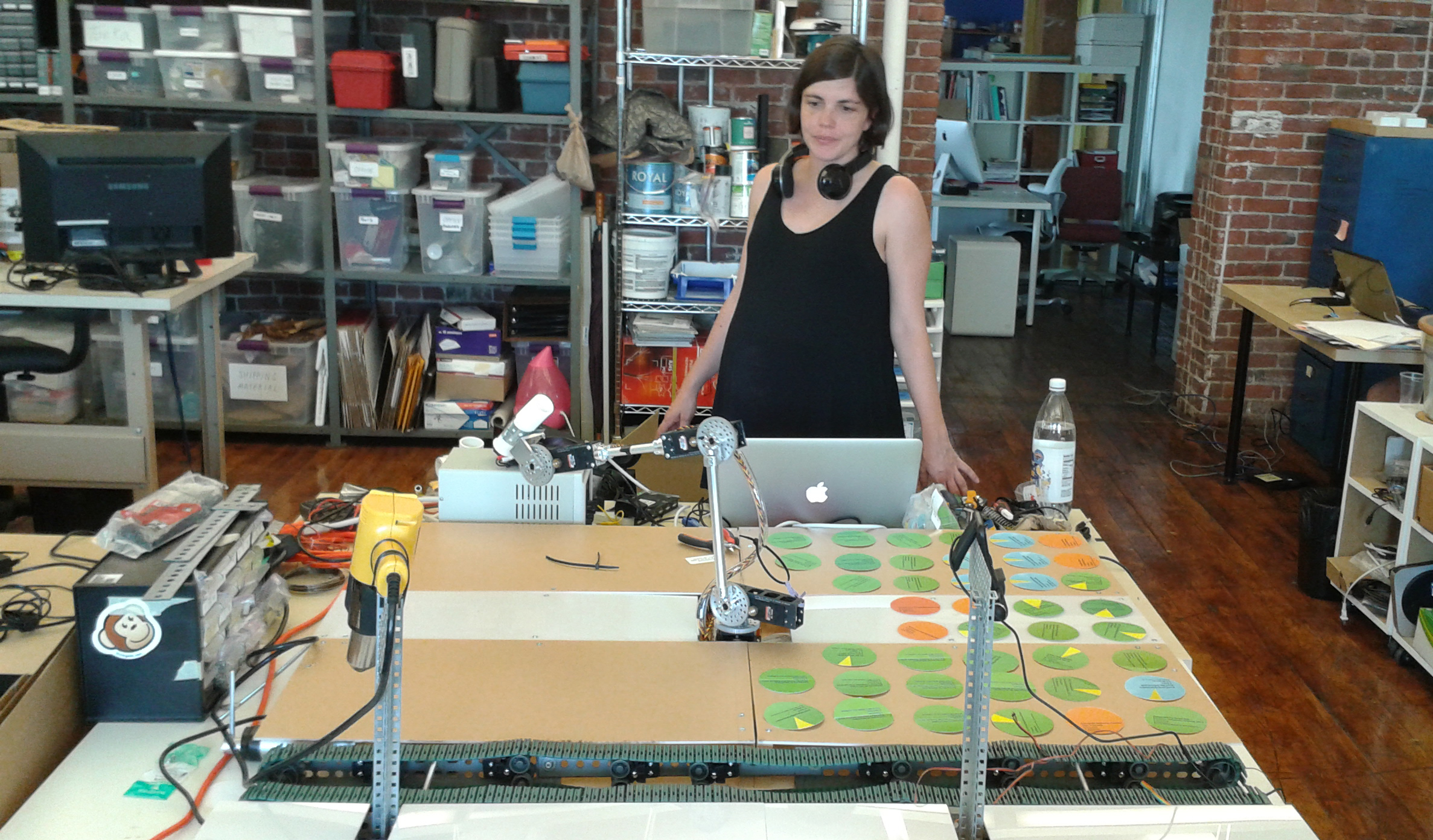 Annina has also created an interactive companion piece to this project called A Piece of (In)equality. This web-based artwork creates digital visualizations of her data sets and allows for others to contribute and visualize data sets of their own. 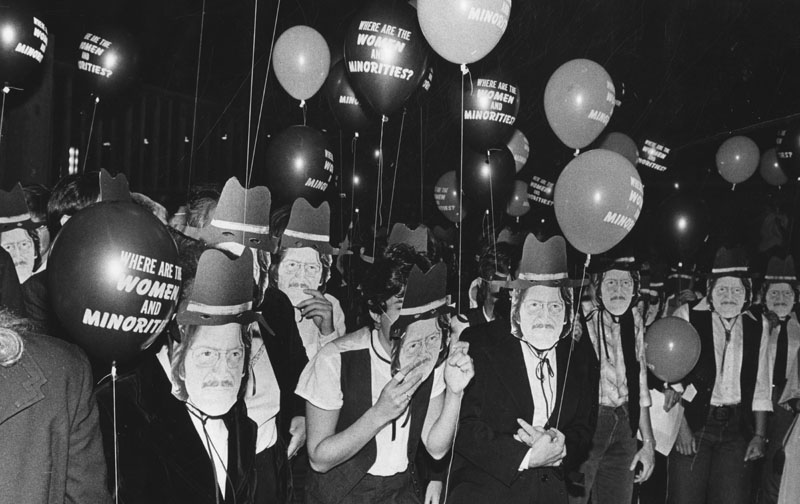 While she was here, Annina worked with the museum archivist to research the history of feminist protests related to art in Los Angeles, and at LACMA in particular. Among other things, she unearthed the extraordinary photo, above, of protestors in 1981, calling attention to the underrepresentation of women artists at the museum.

Annina is planning to install the robot in the Lab this spring; visitors will be able to follow its dedicated Twitter feed, and even instruct the robot to mail the pies to recipients around the world. Annina wrote a thoughtful essay for us about data and the history of feminist protest art, and she’s continued to document her project here.

Rachel Sussman received a grant from the Lab to support her investigation into Deep Time and deep space to inform new work. Rachel has spent the first phase of the grant period speaking with experts ranging from cosmologists to engineers to particle physicists at a number of different institutions. Rachel says that her questions about Deep Time have led her all the way back to the fundamental question of the nature of the universe and how it came to be. In her inquiries, she has been observing the respective methods of investigation of artists and scientists. In Los Angeles Rachel spent a week at SpaceX, on the floor at the “rocket factory” learning about the mechanics of space travel. Next, at the NASA Jet Propulsion Laboratory she discussed dead stars with astrophysicists, went to Mars with the data visualization team, and took in an infrared individual photon detector under development. She visited a rocket launch site and the NASA Ames facilities, and, most recently, was a visiting artist at CERN, home to the Large Hadron Collider. Rachel plans to do further research at the Mauna Kea Observatory this winter, exploring the nature of what we see, and how we visualize what we cannot see. 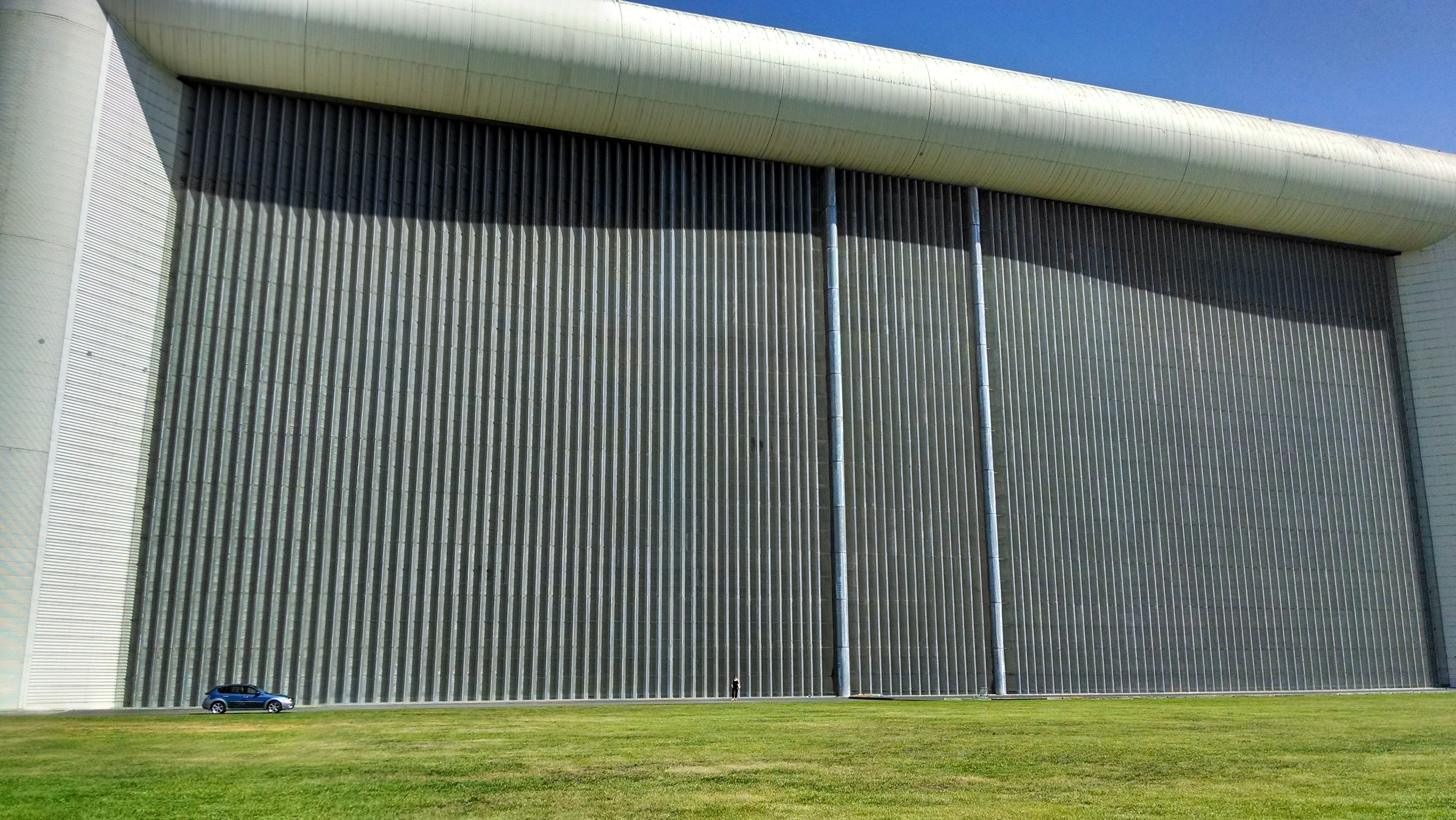 Sussman has been particularly busy this fall with the launch of an exhibition at Pioneer Works in New York, and events related to the recent publication of her first book, The Oldest Living Things in the World.

None of the projects described above would have happened without our incredible panel of advisors, who not only provide financial support for these artist projects, but also give generously of their time and expertise. Sheri Wenker of Accenture, Brian Mullins of DAQRI, Chris Malachowsky of NVIDIA, Max Maxwell and Chris DeFay of Google, Gwynne Shotwell of SpaceX, Philippe Paré of Gensler, and independent advisors Dan Goods, Ken Goldberg and Peggy Weil, as well as the LACMA Director’s Circle have helped launch the Lab and support the first year artist projects.

This winter, we plan to issue our second request for proposals from artists seeking funding and in-kind support from the Lab. Watch lacma.org/lab or sign up for our mailing list to receive updates and reminders.