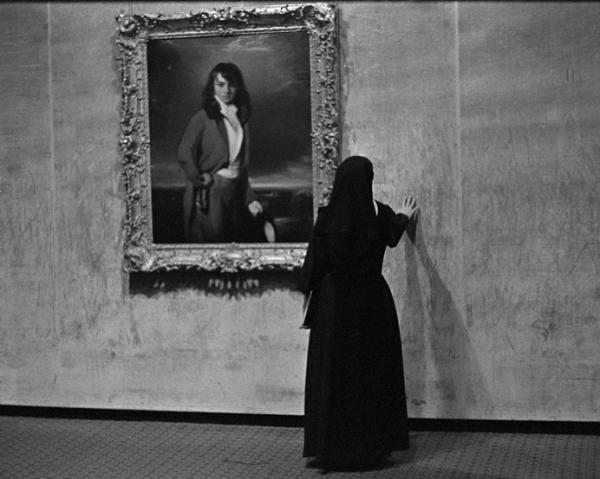 The Circumstantial and the Evident: Photographs from LACMA’s Archive

Hidden in plain sight, in LACMA Café, are photographs printed from negatives culled from LACMA’s archive.

The archive begins in 1965, the same year the museum opened. Countless 4” x 5” and 35 mm film strips are neatly numbered and contained in plastic sleeves with corresponding contact sheets, all chronologically arranged in binders. LACMA photographers started to phase out film in the early 2000s, opting for digital documentation and recordkeeping. Before the analogue format was replaced, thousands of images were captured on film and printed by museum staff in a darkroom onsite.

For The Circumstantial and the Evident, I worked with Laura Cherry, LACMA’s photographic archivist, to identify elusive shots—odd moments and mysterious scenes that would have otherwise been disregarded for any practical use. Sorting through hundreds of images with the aid of a magnifying loop and light box, I found mostly straightforward views of objects in the collection and documents of exhibitions, special events, and staff. Every so often, however, I found something unusual. 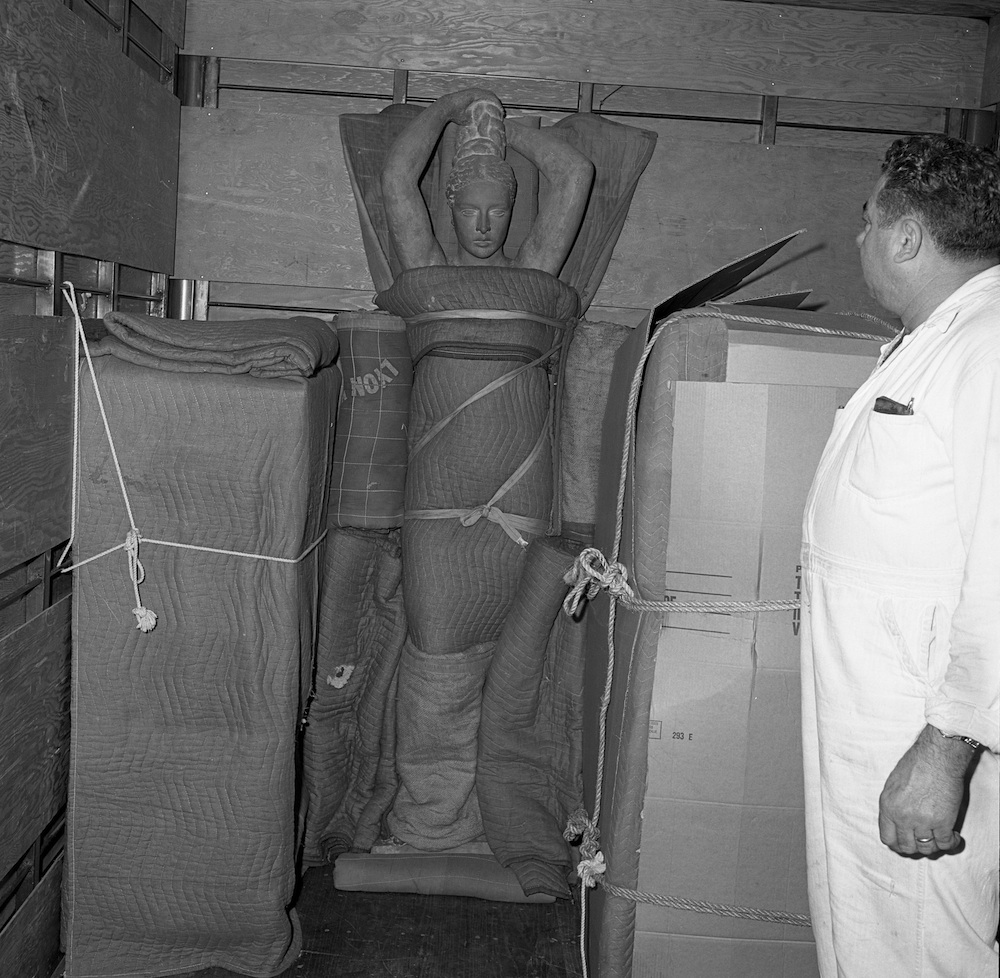 The impetus for the installation was inspired by artists Larry Sultan and Mike Mandel’s seminal work, Evidence (1975-77), on display in its largest presentation in Larry Sultan: Here and Home, on view through July 19. First published as a book and then displayed in 1977 at the San Francisco Museum of Art (SFMOMA), Evidence is significant to the history of photography in that it is one of the early examples of appropriation and conceptualism.

With support from the National Endowment for the Arts and under the guise of a faux company called Clatworthy Colorvues, Sultan and Mandel contacted government agencies and companies such as Jet Propulsion Laboratory, Sunkist, the Environmental Protection Agency, and the General Atomic Company, among others, to request access to their archives. Over a period of months, the two searched through nearly a million images that were intended to document technological and industrial experiments. The result was a compilation of 66 found images removed from their original context and re-sequenced. Sultan and Mandel prompt their viewer to ask, “What’s happening in this picture?” Wrapped in this question, is the answer, which is the new narrative the viewer brings to the scene.

The selection of 20 photographs in LACMA’s display range between the years 1965 and 1976 and were captured by museum photographers either working on an assignment or wandering the galleries and halls. Like Evidence, the images present mundane peculiarities, moments of confusion and surprise, and documents of men doing things. While the source of the imagery is different, the strategy affirms Sultan and Mandel’s suspicion—that meaning resides in images mysteriously.

All photographs for this installation were generously printed by Still Moving Pictures. 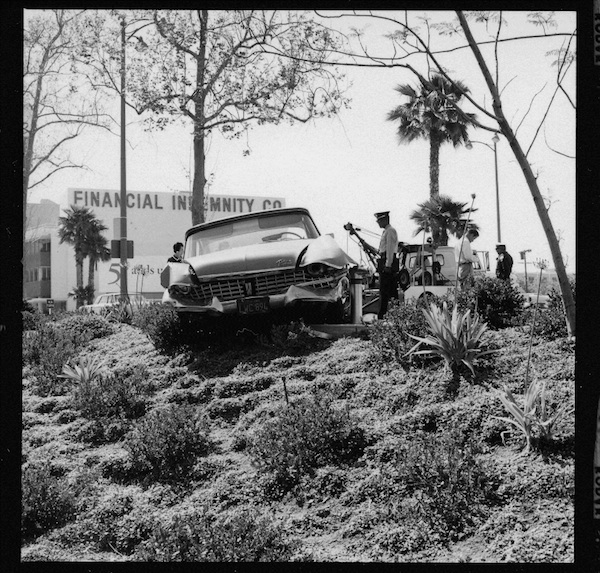 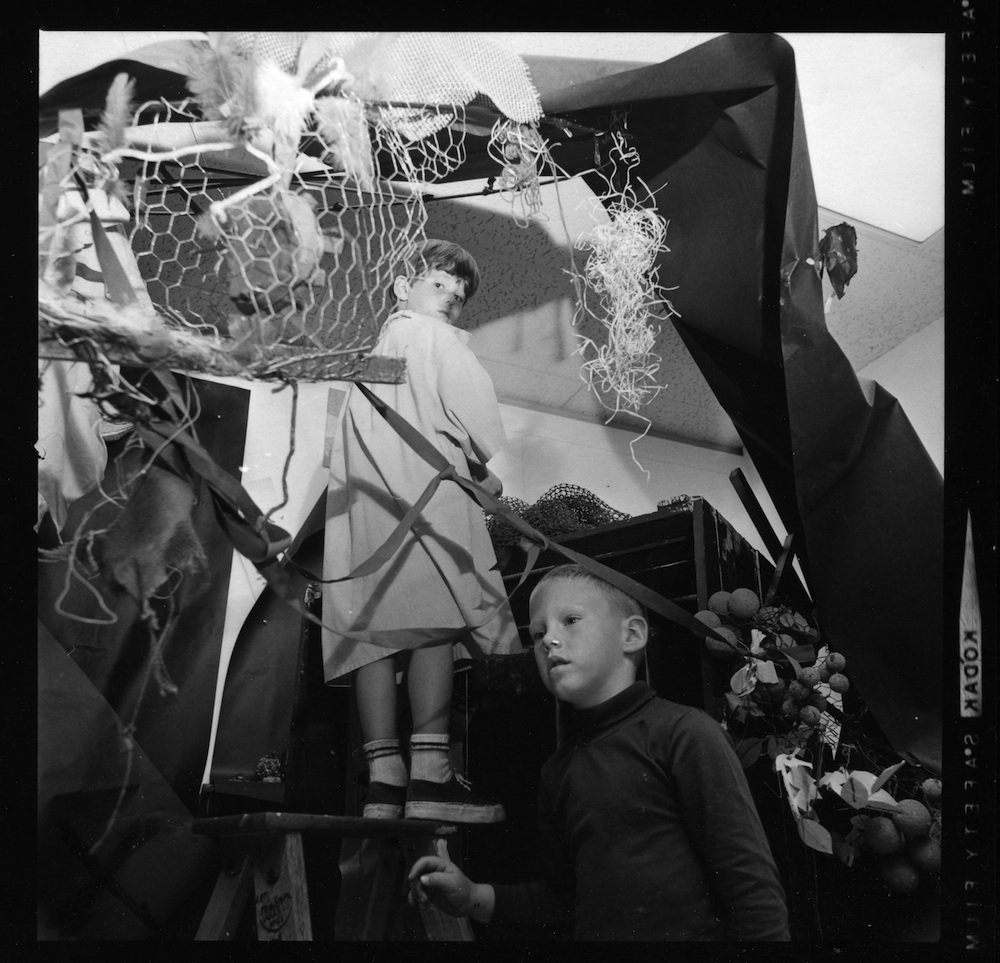 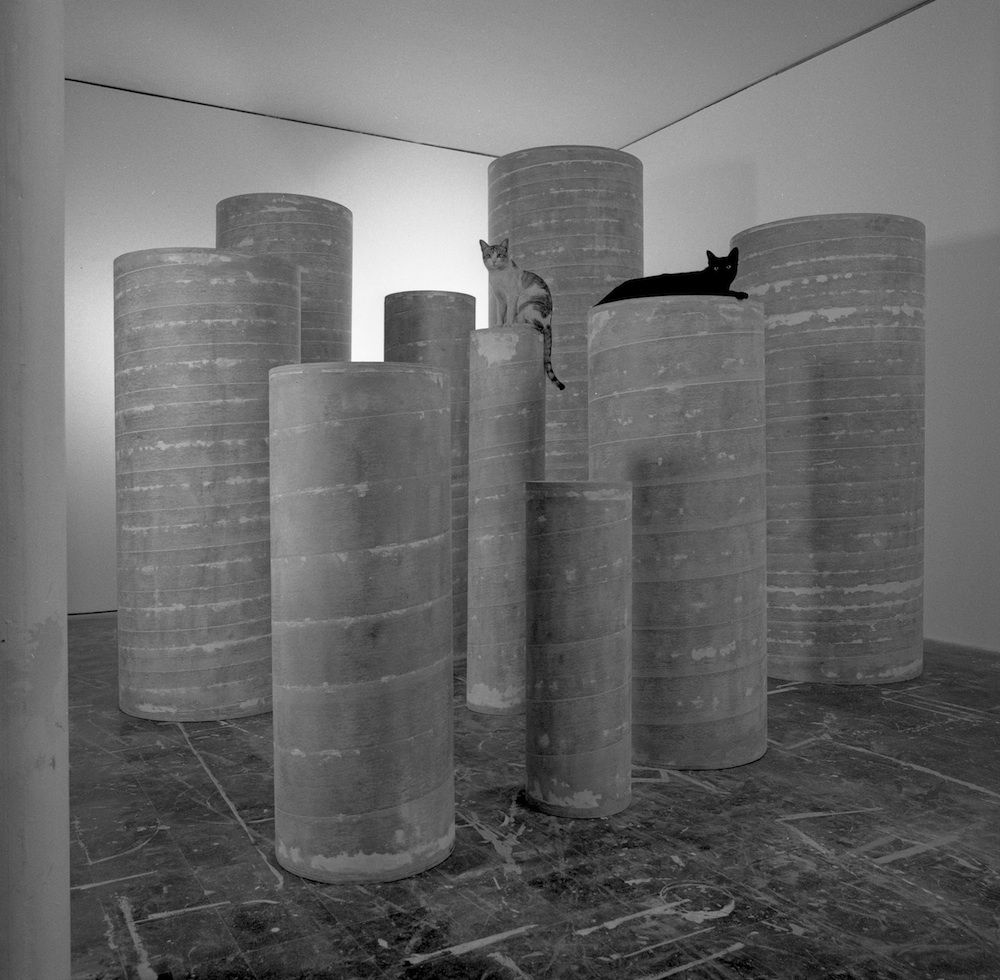 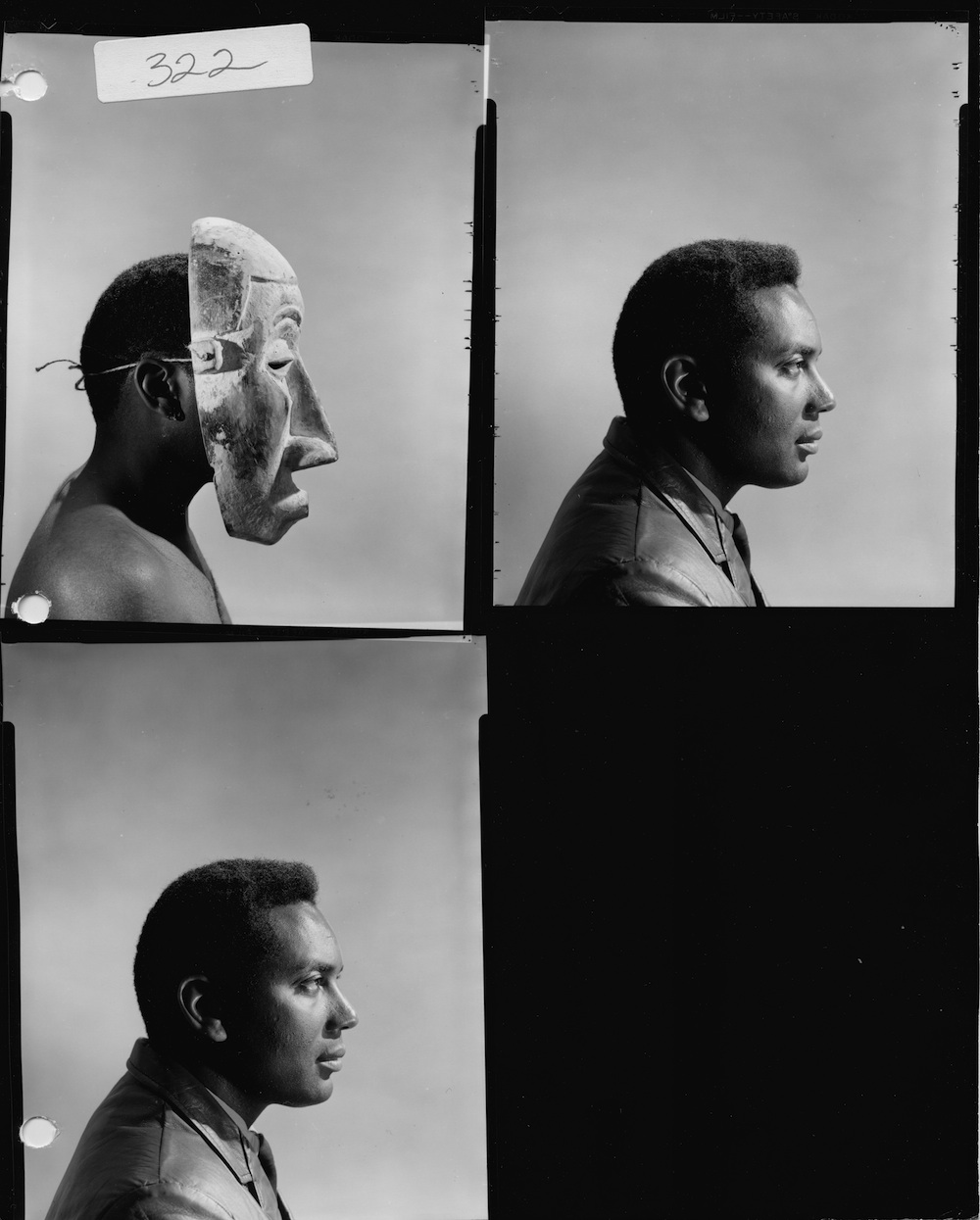 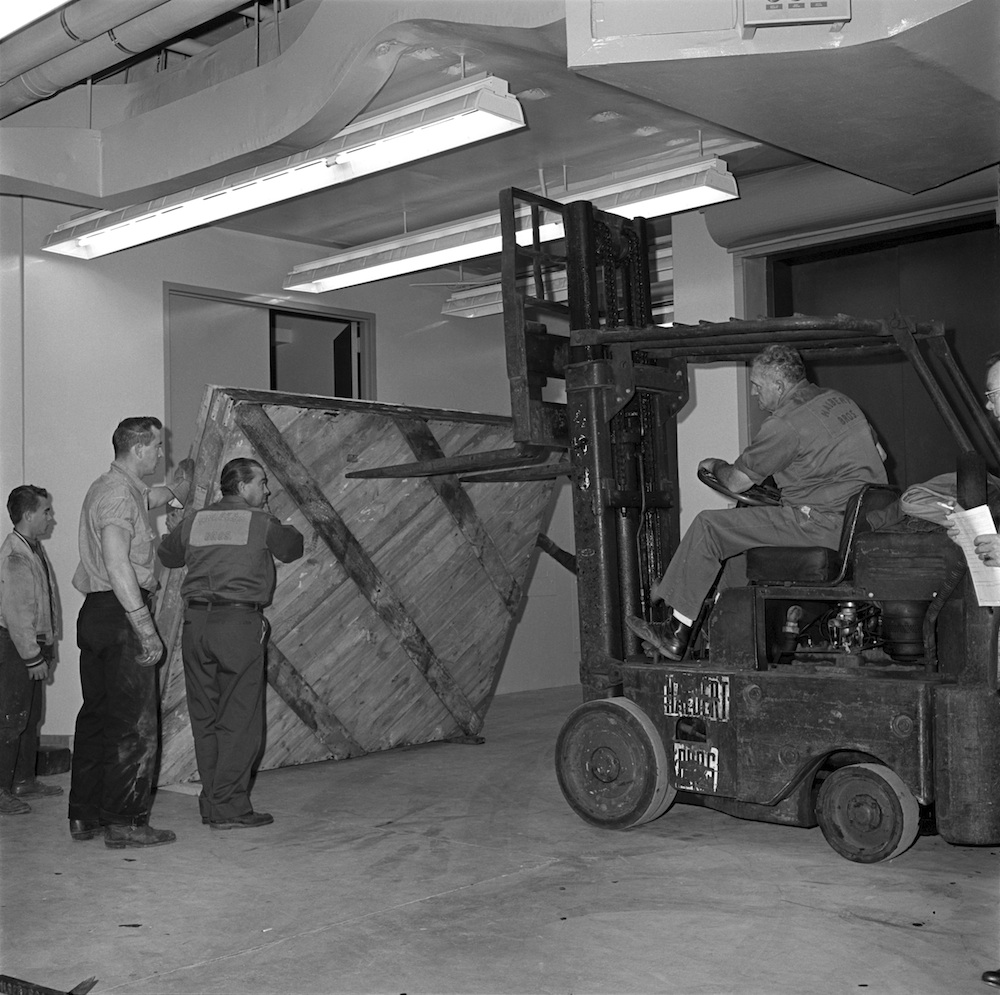 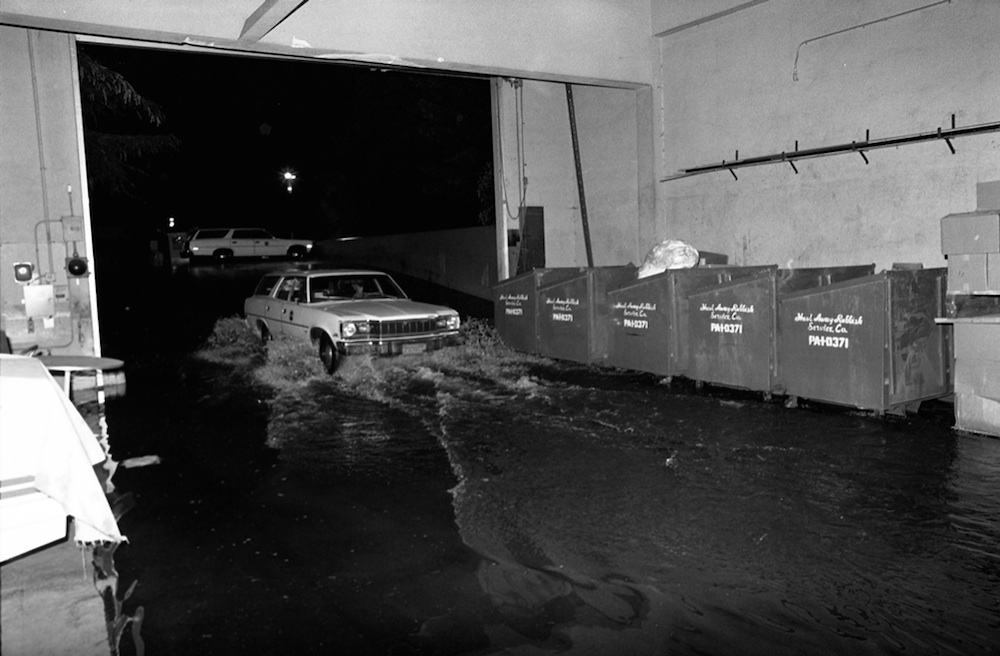 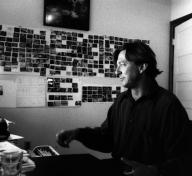