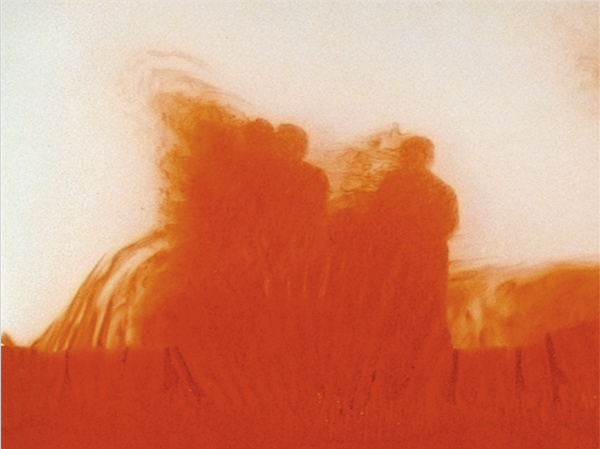 Senses of Time: Video and Film-Based Works of Africa

Our hearts beat to the rhythms of biological time and continents drift in geological time, while we set our watches to the precision of Naval time. Time may be easy to measure, but it is challenging to understand. In Senses of Time: Video and Film-Based Works of Africa, which opened on December 20, five leading contemporary artists of Africa explore temporal strategies to convey how time is experienced—and produced—by the body. Bodies climb, dance, and dissolve in six works of video and film, or “time-based” art. Characters and the actions they depict repeat, resist, and reverse any expectation that time must move relentlessly forward, inviting viewers to consider tensions between personal and political time, ritual and technological time, and bodily and mechanical time.

One morning about fifteen years ago, London-born Ethiopian-Dutch artist Theo Eshetu stood before the folding mirrors of his medicine cabinet and noticed how the doors came together, captured his reflection, and folded it back on itself. Familiar with the works of Olafur Eliasson and Peter Svedberg, and long interested in kaleidoscopes, this moment sparked Brave New World, a series of five video installations juxtaposing the eternal rhythms of ritual time with the pressures and precision of technological time, and recalling the camera obscura and the experiments of early cinematographers. For viewers, the effect of Brave New World II can be mesmerizing. Hypnotic sounds emerge from a light-filled gilded frame on the wall; leaning into the opening as visitors are invited to do, one sees one’s own image reflected an infinite number of times along with a succession of scenes that include airplanes taking flight, dancers in Bali, a baseball game, an Ethiopian Orthodox Church celebration of Timkat (Epiphany), and a Kellogg’s cornflakes commercial. Caught in the act of looking, each visitor bears witness to Eshetu’s captivating vision of a world in which people, ideas, and temporal codes travel, repeat, and converge.

For this work, Eshetu used granular super-8 film to evoke landscapes of memory, and presented the montage on a vintage 25”-tube television screen. The TV set is situated so precisely within a pyramid of four inwardly directed mirrors that reflections form “a perfect globe,” even as they elicit fractal repetition and mosaic-like patterning of images. Theo Eshetu says of his sampling, splicing, and restructuring of disparate visions of time:

“Technological time satisfies our wish to do things more quickly. It is anchored in a specific time frame or epoch and evolves with each technological invention. Mainly it reduces the normal time it takes to do something, so alters our understanding of time ... Ritual time aims for timelessness. It belongs to the sphere of transcendental experience, which seeks to overcome linear time and define the ‘eternal present.’ We speak of birth, marriage, and death rituals, and through these we seek to stop the sensation of time moving forward and try to define a specific moment. Rituals are like the markings on a clock dial, technology is like the clock hand.”* 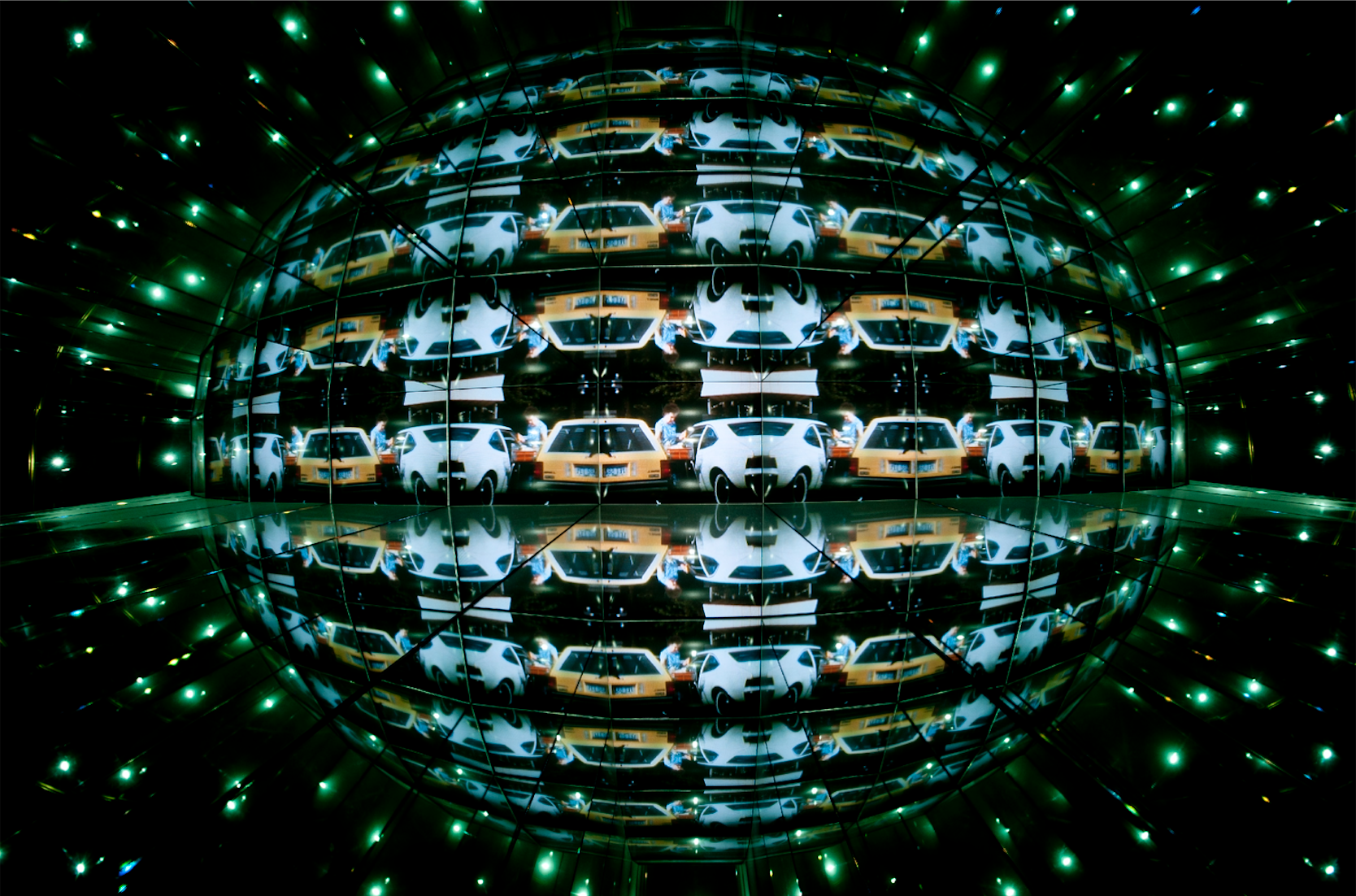 The spiraling and disjunctions of differing temporal codes propel British-born Nigerian artist Yinka Shonibare MBE’s sumptuous video projection, Un Ballo in Maschera—a gesture to Verdi’s opera of 1859. Time is not a by-product of his working in time-based media; it is a fundamental intellectual and aesthetic tactic. As the renowned artist once quipped, in painting he may layer color, but in video he layers time. In this 2004 video, the actors do not perform the action merely once, but repeat themselves until viewers are left to question whether or not we should allow history to repeat itself. Shonibare’s subject is the assassination in 1792 of Sweden’s King Gustav III at a masquerade ball in Stockholm.

We see the king—played by a woman—and his/her entourage dressed in lavish gowns and frock coats, all fashioned from colorfully patterned wax-print fabric of the sort understood to be “typically African,” yet based on Indonesian batiks and produced in the Netherlands and Manchester, England. Such globalizing ironies are a signature of Shonibare’s work, and here amidst formal splendor, the Swedish king is killed only to rise again, benignly smiling, to begin the dance once more. The fatal choreography is repeated, even as the event is played backward and forward with minute variations as the actors re-perform the event for the camera. Time is suspended, and we begin again where we are left. For Shonibare, the work is a parable of the Iraq war—and an example of all too many tragedies engulfing the world—as well as a formal play on the circling of history and the looping of time-based media.

The broken promises of history compelled Congolese artist Sammy Baloji to create the haunting single-channel projection, Mémoire. This Venice Biennale sensation had already produced an acclaimed body of photomontages: he layered archival photographs of the colonial families, politicians, prisoners, and others whose actions helped forge the Gécamines mining complex in Katanga, the copper-rich southern province of the Democratic Republic of the Congo, upon photographs of the remains of its industrial landscape today. The photographs focused upon the past, but Baloji wanted to highlight the presence and power of history in human lives today. He partnered with the lithe and talented Congolese dancer and choreographer, Faustin Linyekula. Over the course of a single afternoon, the pair went to the ruins of Gécamines. Baloji did not give Linyekula direction but told the dancer to do as he wanted, and he in turn would do his best to film him. No soundtrack played as Linyekula paid tribute to the suffering and resilience of those who live in the here and now in the shadows of Gécamines. Baloji and Linyekula turn to the language of the body, gesture, and speech in space, to harness time and reveal its betrayals. 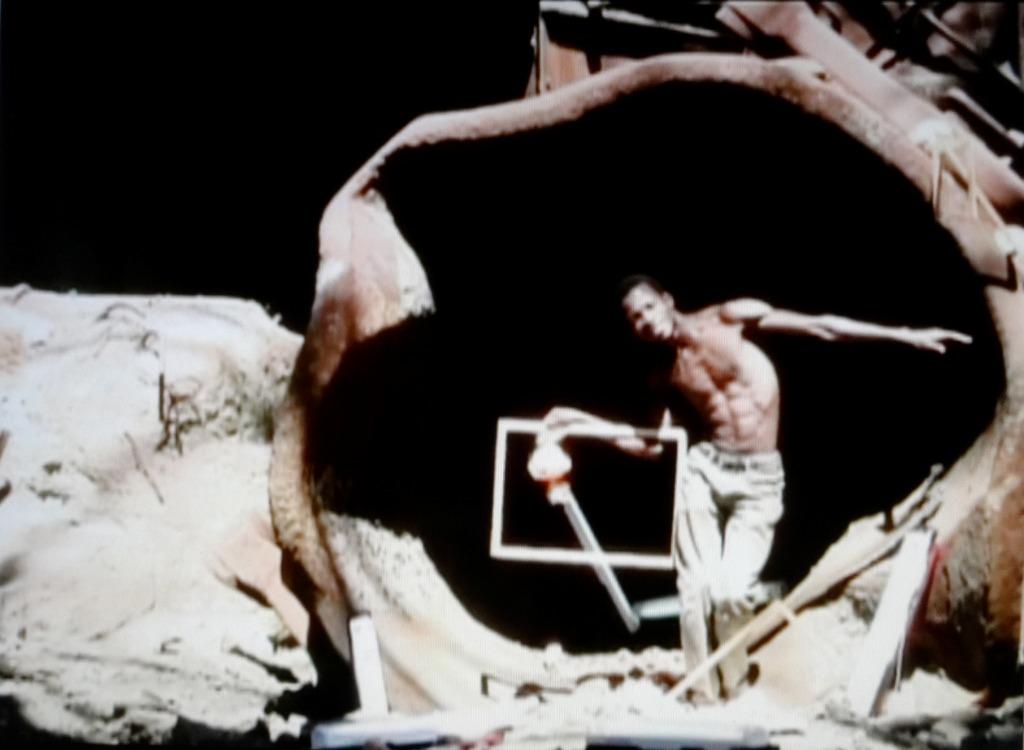 The artist has said that Linyekula offered “a presentation of the body that is responsible and thinking about its own situation in this [history and landscape]. I think Faustin was someone really interesting to work with because what he is doing is not just about art. He’s thinking about the political situation, the local situation. He’s not someone who is under pressure, but he is someone who is dealing with pressure. For me, this was important because I am not interested in making work about victimization. [I asked myself] how can I deal with this situation? And, how can I say something about it, to push things and change the discourse to another level? I want to show how people are poor and dissatisfied with the economic situation but also how people of my generation are trying to find solutions in this chaos.”* Baloji’s desire to engage with bodies in the here and now extends to visitors in the gallery. He asks that there be no seating in front of his work, to lessen the distance between viewer and viewed. We all stand with Faustin Linyekula and feel the discomfort and wonder of the past as it plays in the present. 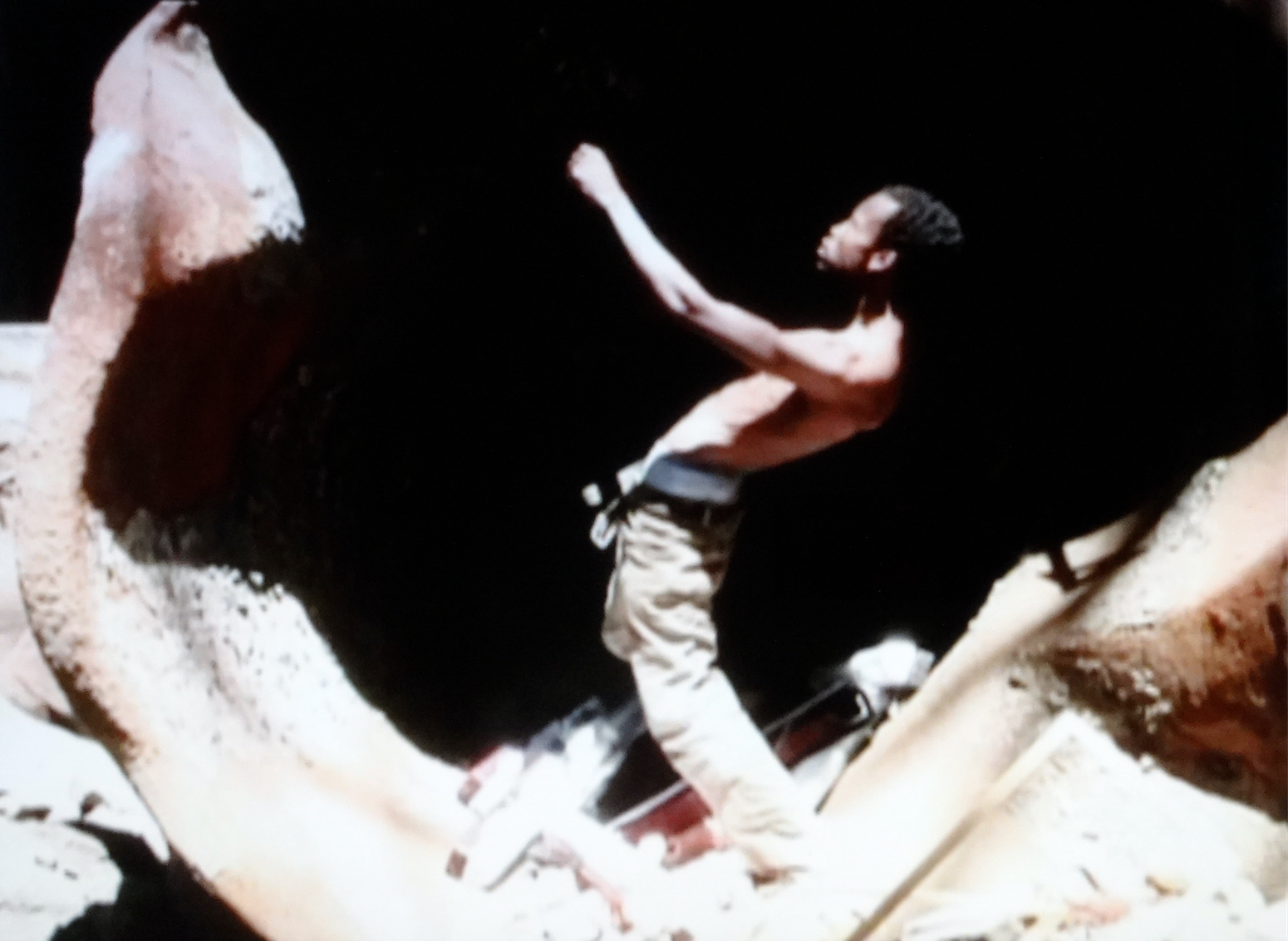 Cairo-based artist Moataz Nasr similarly involves the bodies of visitors in the production of time and experience through his video installation, The Water. Concerned by the hardships of his fellow Egyptians under the government of Hosni Mubarak in the years leading up to the Arab Spring, the artist spent six months filming the reflections of his compatriots in street puddles. The faces of men, women, and children quiver and disappear, revealing the fragility and arbitrary nature in which each of us can be located in time. Projected on the wall, it is as though we are looking into a mirror at distant souls or shadows from the past, until each image is abruptly disturbed by the resounding splash of a treading boot. Time speeds up and seems about to pass us by as the parade of faces reflected on the water increase in number and destructive footsteps pick up their pace. Bodies appear in fragments in The Water—feet and faces that waver—and we never see or otherwise experience these Egyptians in full. Their pasts and futures dapple and dance as water reflects the sun’s distant light. Identities are distorted and dispersed in allegory of the turmoil that Cairenes have known in recent years. 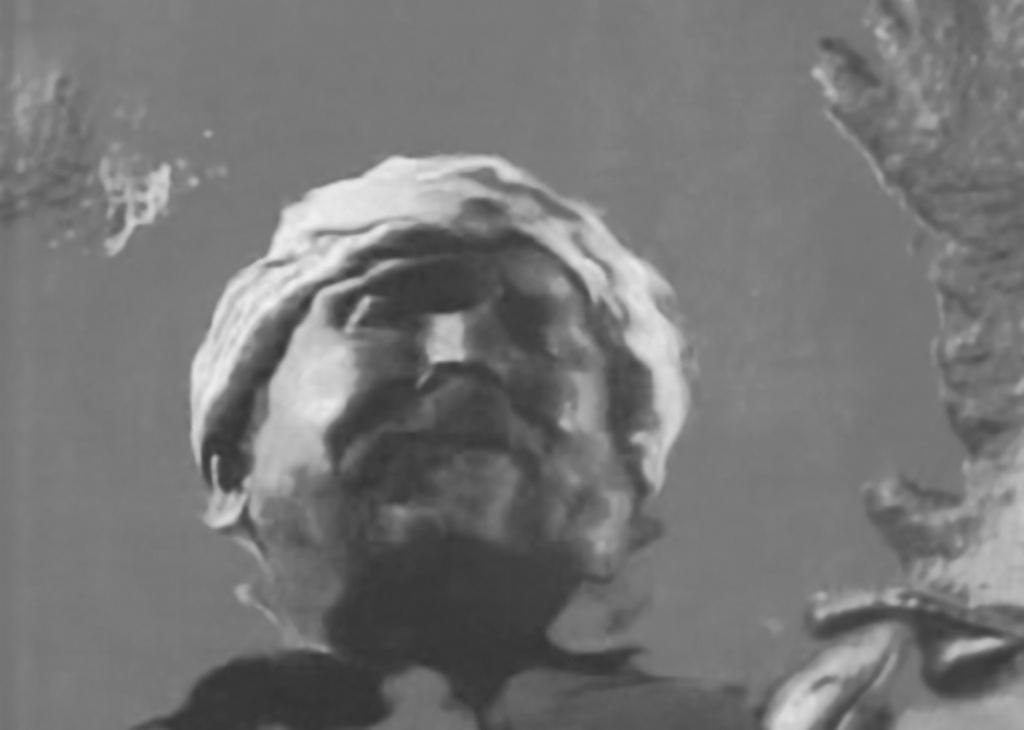 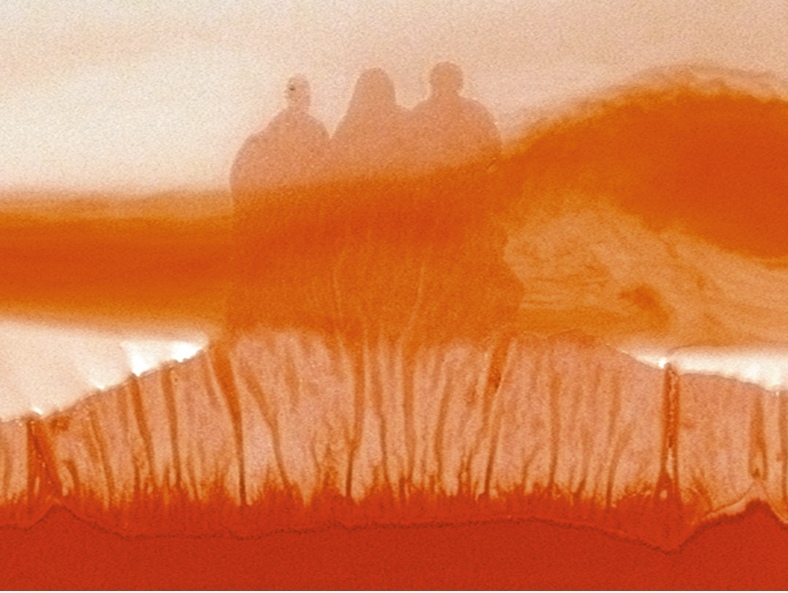 The past also dissolves in water for South African artist Berni Searle. For her epic three-channel projection, entitled About to Forget, the artist cut silhouettes in red crepe paper from archival photographs of three generations of her family. The figures along a hilly horizon begin to dissolve and disappear as water drips upon and then engulfs them, producing a watercolor wash of memory’s ephemerality. Soon, all that remains are dusty silhouettes, bleached of their color and any of their other distinguishing features. As the loop repeats, erasure and resurgence of Searle’s ancestors speak to the divides that shape a family through its generations, as well as entangled relationships between memory and forgetting. Viewers are absorbed into a world in which the past experiences that shape us fade away all too easily. 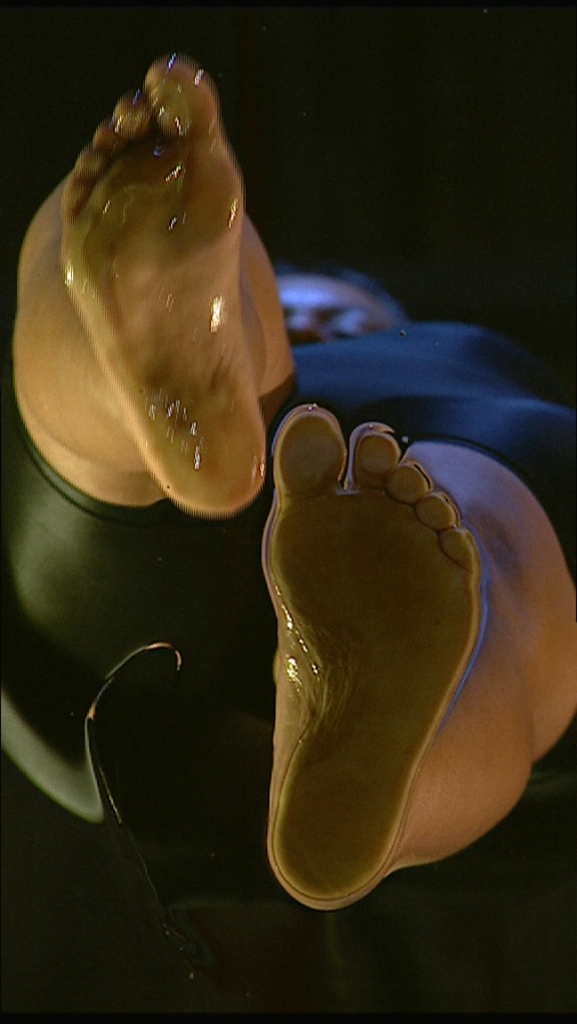 A liquid reference to elusive identities also informs Searle’s second work in the exhibition, A Matter of Time. Filmed from below but projected vertically, viewers are drawn into a vertiginous struggle by the artist as she sticks and slides on a transparent surface slick with olive oil. We keep pace and feel the tension as Searle’s feet fight the forces of viscosity and gravity. Her use of olive oil recalls times during her youth when her grandmother would encourage her in the face of discrimination, telling her that, outside of South Africa, people regard having olive skin like hers as beautiful. On an obvious level, the oil materializes a memory from the artist’s past, but it also lubricates the artist’s performance of the slippages of time. We watch as she inches along with trepidation, only to slide back again. Like so many of the artists in this exhibition, her body moves to a time that is not linear but catches, repeats, and slips despite the clinical precision of the clock on her camera and the projector sharing her challenge on a continuous loop.

Senses of Time: Video and Film-Based Works of Africa explores why artists work with time, to what ends and effects, and in particular the manner through which artists approach the passage of time as it is experienced in the body through movement and by the sensorium. Embodied dimensions of each of these works provide visitors with vital opportunities to reflect upon how contemporary African artists understand and share their senses of time.

*All quotes are from communications with Karen E. Milbourne from 2009 to 2015. 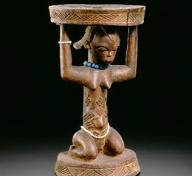 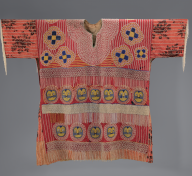 African Textiles and Adornment: Selections from the Marcel a
October 8, 2015 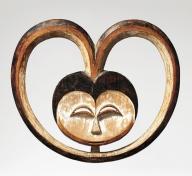