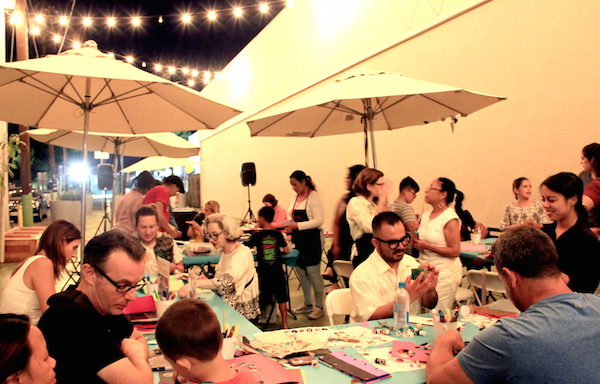 For the second August in a row, the Education department’s On-Site: Neighborhood Partnerships with the Los Angeles County Museum of Art program transformed People Street (a pedestrian alley in NoHo’s Arts District) into a free outdoor art studio where participants dropped in to create works of art inspired by LACMA’s collection.

At the first workshop on August 5, we saw familiar faces from workshops we’ve presented with other partnering sites in North Hollywood. And, as the month progressed, we noticed that many of the same adults, couples, friends, and families returned week after week to spend their Saturday evenings to make art with us. 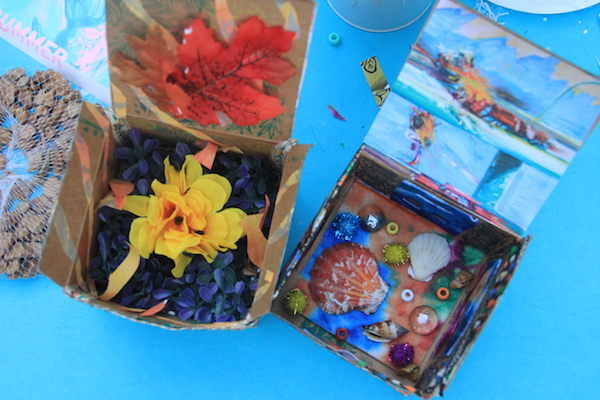 Amazing art made by participants at NoHo Plaza

Here are some stories from a few of the people who kept coming back:

North Hollywood resident Joanne Matoi frequents the Amelia Earhart Library (just two blocks from People Street) to use the internet, check out the Thursday afternoon film series, and join LACMA’s art workshops. She also took a LACMA-sponsored field trip to the museum and attended all but one of the Summer Nights series. When I asked her why she keeps coming back, she reflected on a time when her son was young (he’s now an adult). She had really enjoyed helping him with his creative school assignments and now looks forward to being creative herself. She explained that these workshops don’t require you to be an artist but you get to have fun mixing colors, learning printmaking techniques, or making a scroll. “It’s always something new!” 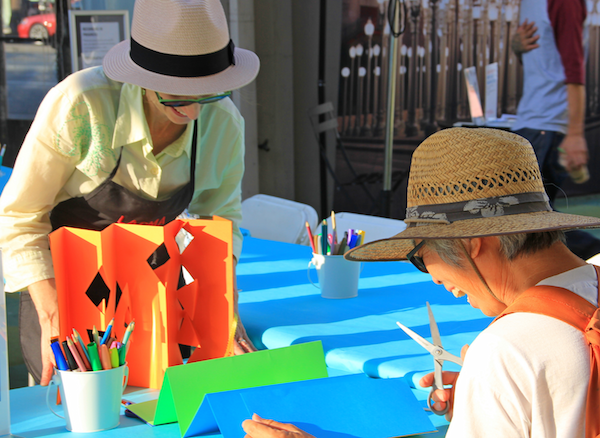 Gloria McShall and Bill Bradford, familiar faces from LACMA workshops at the Amelia Earhart Library, Valley Plaza Library, and the Wat Thai Temple, also became regulars at the Summer Night Series. The arts are something that they love doing together. “Anytime we get the chance,” confirmed Gloria. When asked why they keep coming back, Bill said, “It’s the challenge. Good art is something you can work on further...not just tonight.” Both told us that they like being introduced to new materials and exposed to interesting themes. “It gives you ideas to do something else...Things I would not have thought of doing,” added Gloria. 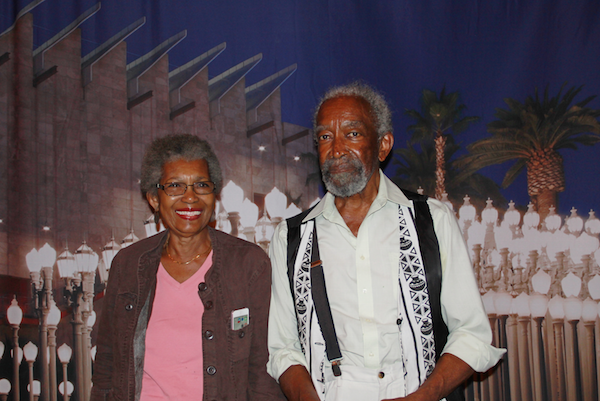 In LACMA’s art programs, our guiding light is the museum’s collection. We aim for participants to make personal connections to our permanent collection through images of objects and learn something in the process. We know from experience that people like the communal aspect of sharing materials and ideas, which cultivates a lively social atmosphere. “I think [the workshops] did a great job at connecting people together,” shared one participant. “It was fun and interesting to work with others in my community doing art,” said another.

The NoHo Arts District has great pedestrian traffic. Numerous people spontaneously joined us after walking by. One couple saw us setting up as they were on their way to catch a movie across the street. When they discovered that we’d be there every Saturday in August, they returned the next weekend and all the remaining nights, each time bringing different friends with them. Others were drawn in by the music (sets played by DJ Alvaro Paro) but stayed for the art making. 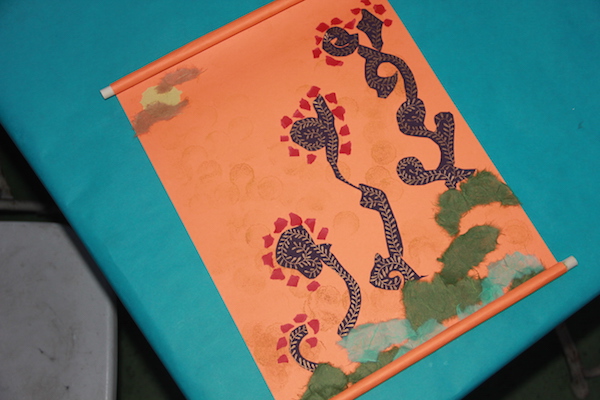 Scroll made by a participant

We learned over the summer that the majority of participants were from the Valley and that 40% live in North Hollywood. One person said, “It seems like we always have to drive for this type of event. This is a perfect location.”

If North Hollywood is the perfect location for you, join us for more free workshops. Our partners in NoHo include the Amelia Earhart Library, the Valley Plaza Library, and the Wat Thai Temple. We hope to see you there!

This project is supported by a grant from The James Irvine Foundation. 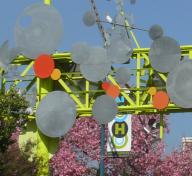 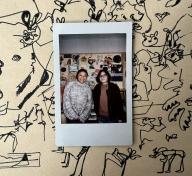 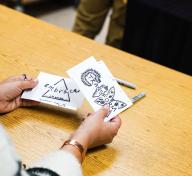