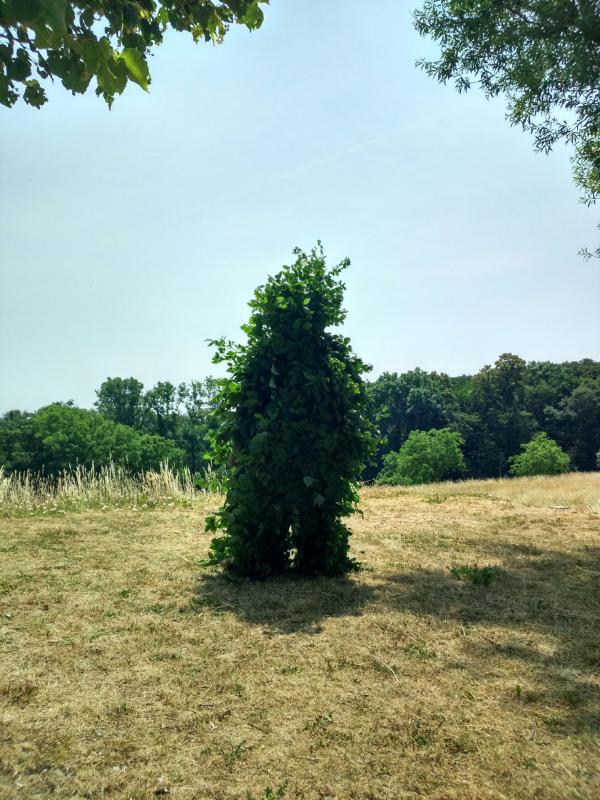 The Machine and the Green Man

Next Wednesday, Art + Technology Lab grant recipient John Gerrard will introduce his project Neural Exchange in LACMA’s Bing Theater. The artist used his grant to push his practice into new territory and experiment with neural networks. A form of artificial intelligence, these mimic the neural pathways of the brain and can be used for applications such as facial and character recognition, self-driving cars, and social media recommendations. While many of Gerrard’s earlier works are simulations and have worked with game engines, this was a new and unknown space.

Neural networks were first developed in the 1940s. They fell into disuse in the 1970s but came back again in 2000s with the arrival of “deep learning” and large datasets. While they are, in a sense, “old,” their current use is considered to be a powerful new form of computing. Gerrard set out to combine this new tool with something ancient and revisited an earlier work using a leaf-covered figure from European folklore, and ultimately the Green Man motif, a foliage-covered face that often appears carved into the edifices of medieval cathedrals.

Video capture of the leaf-covered figure photoshoot in the woods outside Vienna, © John Gerrard

Gerrard and his team dressed an actor in branches of fresh spring leaves from oak, beech, ash, and sycamore and photographed him in the woods outside Vienna. The resulting images were developed and modeled into a 3D figure that will perform “live” in accordance to a choreographic generator driven by a neural network, itself trained by a ballet dancer. In other words, it will continuously perform a series of movements that the computer generates. While the performance will end at the conclusion of the lecture, it can potentially run in perpetuity as long as the computer is running. Can a machine have an imagination? It’s beginning to look that way.

Neural Exchange—A Research Lecture with John Gerrard will take place on Wednesday, November 1, at 7 pm in LACMA’s Bing Theater. To learn more about this project and other Lab events, join our mailing list by sending a message to lab@lacma.org. 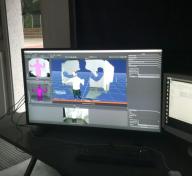