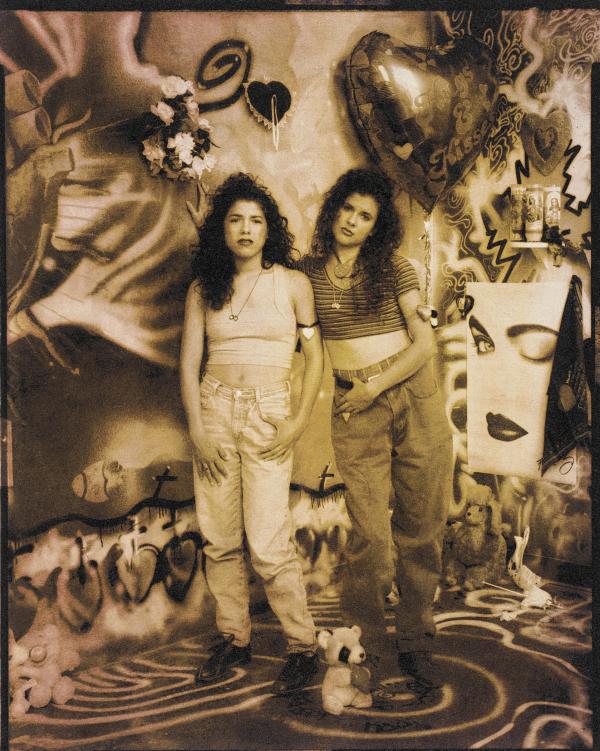 The Artist-Writer Dialogue in Contemporary Times

Vincent Ramos, Artist and Curator of A Universal History of Infamy: Those of This America
Contemporary art

A Universal History of Infamy: Those of This America is an exhibition that comes directly out of our present moment, a moment best described as one of uncertainty bordering on the space between the truly horrific and the utterly ridiculous.

Art, in all of its various forms and disciplines, has the capacity to reflect on culture in nuanced, thought-provoking, and multi-layered ways. When a society finds itself in the deep throes of distress, artists are among the first to respond. These responses are at their most compelling when they provide more questions than answers, even when we think we need those immediate answers the most.

When I began organizing this exhibition, I wanted some form of language to run through it, to provide even more dialogue beyond what would inevitably take place between the art objects that I was interested in including.

I’ve always been attracted to those moments in history when writers and visual artists inhabited the same creative space—the New York School poets of the '50s and '60s in deep dialogue with their visual art counterparts, the close collaborations of both the Northern and Southern California bohemian literary and art circles of the same era, and all the powerful work that came out of that first wave of Chicano and African-American political activism. With very little, they all shaped the state of culture in their respective time and place and beyond, in truly gargantuan ways.

That ongoing inspiration of those rich histories led me to invite four local writers to react to this exhibition, in an effort to continue the artist-writer dialogue for these contemporary times. Rocío Carlos, Sesshu Foster, Carribean Fragoza, and Stephanie Guerrero all hail from Southern California. Through their individual writing practices, they have each responded to their communities and cultures in deeply powerful ways. They have done the same here, by reflecting on different parts of the exhibition and on specific artworks included within the show. With varied approaches to language, they have each generated additional layers of meaning that transcends their initial purpose within the gallery, ultimately moving outward toward reflecting deeply on our current society's ills and triumphs as a whole. Read on for Stephanie Guerrero's work, inspired by the exhibition.

We Salivate Our Own Water

For all that needs to be wet

In the fish market, we pick the fruit that is ripe

With muscle memory that holds tight onto the wet

They are hands from washing dishes made like scales

to tell the city we stay open [past] closing

We threw those apples against a wall

To make a point about the God(s)

in order to teach us about the fences we stand like

Walls get thinner when we are together

Now, we pick lemons and limes

that fruit against a wall

To save the waste others don’t use.

We use them to keep our mouths hungry.

Join Rocío Carlos, Sesshu Foster, Carribean Fragoza, and Stephanie Guerrero for a reading of their works on Saturday, April 28, at 1:30 pm, at the Charles White Elementary School Gallery.