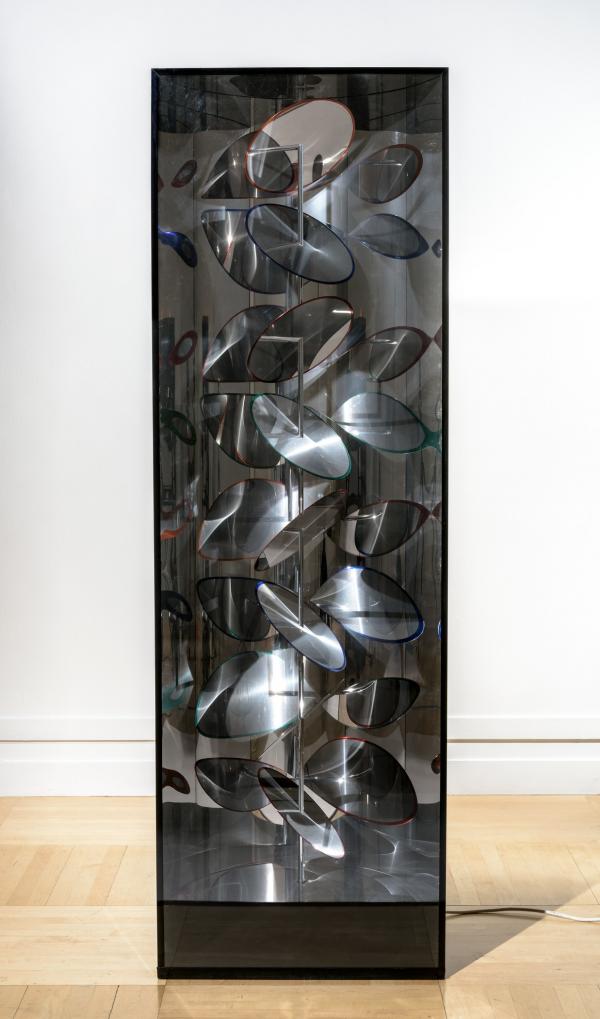 In the 1960s Latin American avant-garde artists took Paris by storm, becoming part of an international cohort intent on revolutionizing the art establishment. When Martha Boto moved to Paris from Argentina in 1959, she found a fertile ground for her artistic explorations. She not only became a major figure of the kinetic art movement, but also one of the only women to work in this vein.

After World War II, Buenos Aires was a bustling metropolis on the brink of industrialization. Various Argentinean artists proclaimed their disdain for figurative art and their desire to create a new, abstract visual language that would convey the spirit of hope and optimism of the time. In 1956, Boto was a founding member of the group Argentinean Non-Figurative Artists (Artistas No Figurativos Argentinos), with her soon-to-be husband Gregorio Vardanega (1923–2007); three years later the couple relocated to Paris—a mecca for Latin American artists.

After their arrival, Boto began to create her kinetic boxes and participated in a number of high-profile international exhibitions. She also entered the orbit of the legendary dealer Denise René, exhibiting regularly at her gallery—the epicenter of op and kinetic art.

The goal of kinetic artists was to transform viewers from passive observers to active participants, and compel them to question the nature of art by creating works in constant flux—literally, through the use of modern technology and the addition of mechanical devices, or virtually, through the eye of the viewer. To this end, they experimented with a range of optical effects and the use of new materials such as aluminum, stainless steel, and Plexiglas.

Boto’s highly imaginative works stand out for how she combines mechanization and lyricism to induce contemplation. “I seek an art capable of arousing different emotions, psychological reactions of joy or tension, an art that can become medicine for the spirit,” said Boto. “My particular means of movement, color and light can give the illusion of contraction, diminishment or multiplication, so that by optical means the spectator undergoes a series of reactions.”

Optique Hélicoidal (Mouvement) is a superb example of Boto’s work during the heyday of the kinetic movement. Deceivingly simple, the work consists of a central rod with a series of chromo-polished disks arranged as a spiral, or helicoid, that turn and reflect environmental light on the curving mirrors. The cadence of the rotations engenders a quiet, mesmerizing effect that repeats endlessly but can never be fully grasped, as forms appear and disappear. What is real and what is illusion is entirely in question.

Latin American art from the 1960s is one of LACMA's major collecting priorities, and the subject of an important upcoming exhibition. This is Boto’s first work to enter LACMA’s collection.