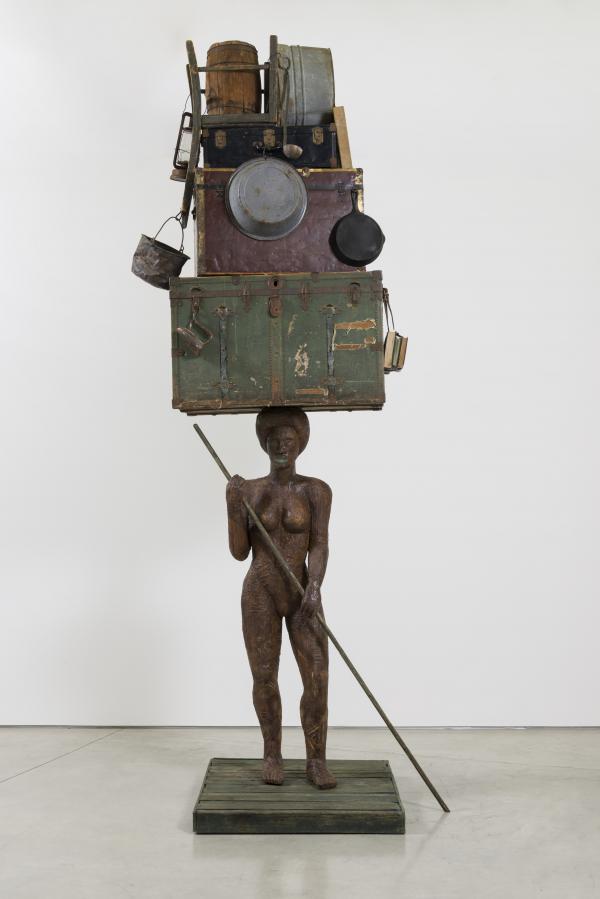 From the Collection: Alison Saar's "Breach"

Alison Saar consistently addresses issues of race (specifically of the African diaspora) in her work, at the same time paying homage to great art and artists of the past. Born in Los Angeles in 1956 to pioneering African American assemblage artist Betye Saar and art conservator Richard Saar, Alison Saar grew up in a household filled with creative energy and a broad range of art objects—all of which fueled her desire to create work reflecting “the plurality of her own experiences.”

Breach (2016) was informed by the Great Mississippi River Flood of 1927, an epic inundation that affected over 630,000 people, one-third of whom were African Americans. Like Hurricane Katrina nearly 80 years later, the 1927 flood foregrounded socioeconomic and other inequities between blacks and whites. Saar’s oversized female figure speaks to the limits of human endurance; it refers to women the artist saw in Senegal balancing gravity-defying loads on their heads. Saar's protagonist can also be likened to ancient Greek caryatids, and evokes the intensity of both African and German Expressionist carved wood sculptures. Because the figure’s pole in Breach reaches the “water”—in reality the floor where viewers stand—anyone standing on that same floor is implicated in the work’s narrative.

Alison Saar is featured in LACMA's Artists on Art series, speaking about the importance of Ernst Ludwig Kirchner's wood sculpture Dancer with Necklace in the museum's collection. Breach is on view in the Modern Art galleries, Ahmanson Building, Level 2. 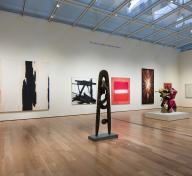 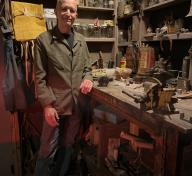