Look, up in the sky! It's a bird, it's a plane, it's . . . poet, artist, and critic David Antin's revived work, Sky Poems! Stop by LACMA on Saturday, September 29, at 4 pm and get the best view in the city as five airplanes fly side by side over LACMA to recreate Antin's monumental piece, Sky Poems. The poems will also appear over the Museum of Contemporary Art, San Diego. Antin wrote these poems in 1987 and 1988, alluding to a communal action or endeavor; a sampling of the poems read: "If we get it together / Can they take it apart / Or only if we let them."

Another thing to gaze upon this weekend is the show West of Modernism: California Graphic Design, 1975–1995, opening on Sunday, September 30, with an exclusive Member Preview on Saturday, September 29. The exhibition is part of LACMA's Graphic Design initiative of integrating graphic design into larger narratives of international art and design history. The exhibition, showcasing works by influential designers including Emigre, Inc., Ed Fella, April Greiman, Rebeca Méndez, Deborah Sussman, and Lorraine Wild, explores the transformative technological changes and ideological debates in graphic design around the late 20th century in California. Come show this exhibition some California love and learn how our state became the hub of innovation in both discourse and practice for graphic design.

On its last days on view, visit A Universal History of Infamy: Those of This America artist Teresita de la Torre on Saturday, September 29, at 1:30 pm at LACMA's satellite gallery in Charles White Elementary School for a conversation about interdisciplinary projects that address issues of migration, citizenship, activism, and collaboration across the U.S./Mexico border. This exhibition will be on view through Sunday, October 6, and it is free and open to the public.

Also, with Indigenous People's Day approaching, you should join us for a free screening of the fourth episode of the PBS SoCal show Native America: "New World Rising" on Saturday, September 29, at 2 pm. The show reveals Native American cultural continuity in the face of genocidal warfare and history’s worst demographic devastation. The screening will be followed by a lively conversation with the show's executive producer/director, LACMA's program director of Art of the Ancient Americas, and other guests. 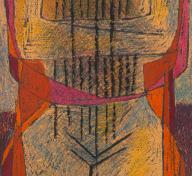 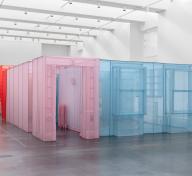 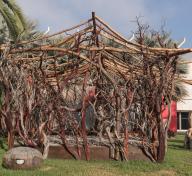