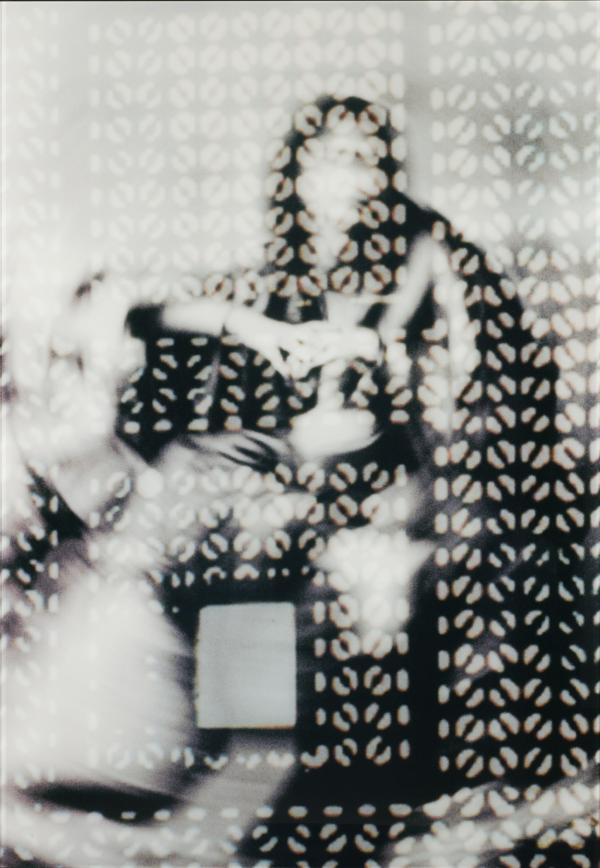 At Home with Art—Linda Komaroff

While LACMA is temporarily closed to the public, our mission remains to celebrate centuries of creativity and inspiring human endeavors. We've asked various members of the museum's staff to share which favorite LACMA artworks—from ancient to modern, from East to West, from world-renowned to more obscure—they would love to have in their homes during this time.

Even under ordinary circumstances it would be hard for me to select a favorite from among the entire collection, which I would most likely and non-objectively limit to the Art of the Middle East department—my department. However, this is a little different as I must choose something that I would like to live with, even temporarily. Although members of the public generally assume that any work of art a curator might acquire for the collection is also what she would personally like to own herself, this has almost never been the case for me. What few works of art I possess and display in my home, unlike my acquisitions for LACMA, are entirely a matter of what personally pleases me, what I can afford, and what I have room for. In terms of the last, the one painting I own has largely dictated where I have lived, based on ceiling heights. It is one of the many reasons I bought my home in L.A.—the house fit the painting. This is all to say that no matter how much I might admire a work of art and covet it for LACMA's collection, the choice to live with it is entirely subjective.

So, I would choose Susan Hefuna's 1997 photograph Woman Behind Mashrabiya I, which was acquired through the 2013 Collectors Committee. It was certainly a work I coveted for the collection, as I have a strong memory of having to convince the dealer to part with it—an artist's proof, and the last available print. Born to Egyptian and German, and Muslim and Christian parents, Susan Hefuna's work is informed by her dual heritage; this is most clearly evident in her use of the latticed window screens incorporating geometric designs, which were characteristic of the old urban centers in many parts of the Islamic world. In Egypt, wooden window screens or mashrabiya were a hallmark of domestic architecture of Ottoman-era Cairo where they performed a two-fold function: they helped circulate fresh air and filtered sunlight, and they also served as a kind of architectural veil. Behind the mashrabiya women could see without being seen, safe from prying eyes and whatever else lay outside their windows.

Hefuna has reinterpreted the mashrabiya in both wood and metal adding Arabic or English inscriptions that render them more enigmatic while inviting the viewer to see out through this geometric prism. It is her photograph, however, that perhaps is most effective in realizing the complexity of the mashrabiya. The photograph not only reflects her own personal dichotomy but serves to remind viewers that our visual perceptions are often culturally encoded. At first glance, Woman Behind Mashrabiya I conjures up the seemingly distant world of Old Cairo portrayed in vintage photographs and Orientalist paintings. Here, largely obscured by the deeply cast shadows of the intricately carved window screen we see, barely, a woman in full hijab; her facial features elude us, deceptively slipping in and out of focus. The tensely structured tectonics of light and shadow give this photograph its strength; however, it is the image's beguiling ambiguity and our own complicated reactions to it that make it an exceptional work of art. We want to know this woman, but do we truly see her? It is precisely the paradoxical nature of the image that makes me return to it again and again, a reminder that to keep asking the question—what do I really see—may matter more than the answer.

Whatever it says about me that I would want to live with a deliberately enigmatic work of art that is an intricate interplay of likeness and abstraction, this is not the first time. The painting I mentioned above, which I bought when I was a poor student (with a small down payment to the equally poor artist) and that I look at every morning while drinking my coffee, likewise is not visually straightforward. Inspired by a black-and-white media image of a whale about to be netted from above, and rendered in gray and black, it might be taken for a baseball bat superimposed over a geometrical pattern derived from Islamic art. Nonetheless, it also might be a whale swimming freely over patterned waves. Asking the question—what do I really see—often sets the tenor of my day. 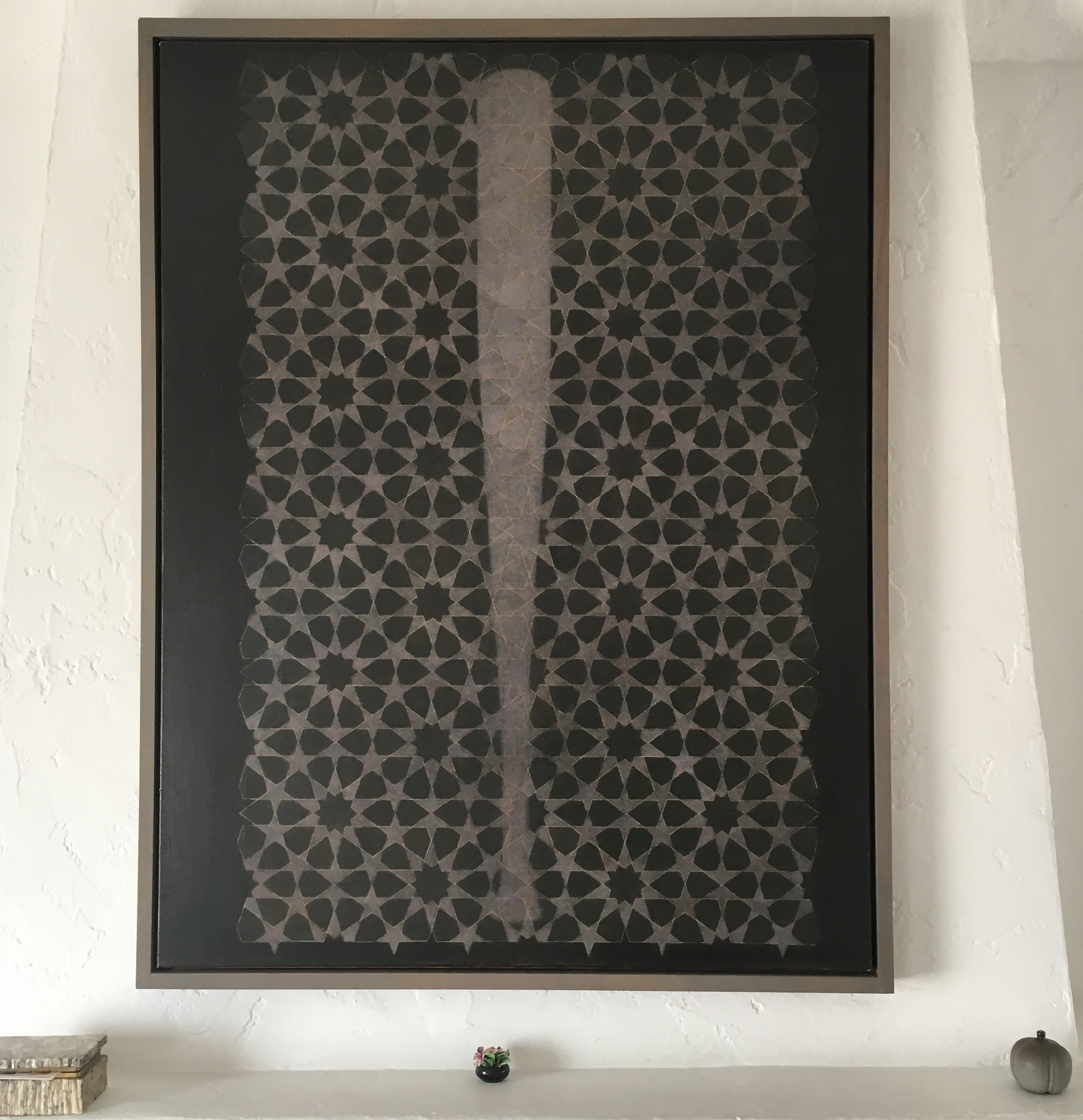 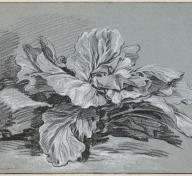 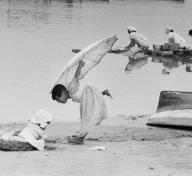