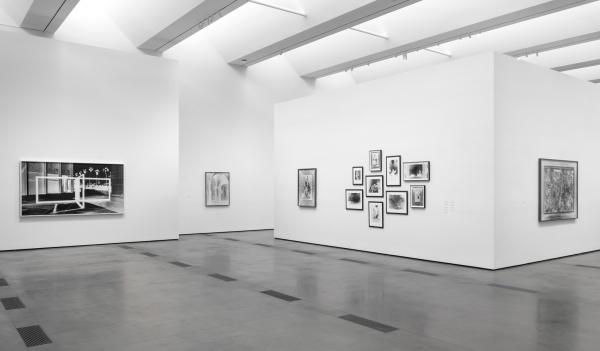 From February 2017 to January 2019, New York–based artist Vera Lutter worked in residence at LACMA, creating a new body of work examining the campus architecture, galleries, and collection holdings. Lutter uses one of the oldest optical technologies still in use, that of the camera obscura. By building room-sized cameras and placing unexposed photo paper across from a pinhole opening, Lutter has adopted the camera obscura as her singular working method, resulting in photographs with an ethereal, otherworldly beauty.

Vera Lutter: Museum in the Camera features the compelling photographs made during her two-year residency. Unfortunately the exhibition's opening has been delayed following LACMA's temporary closure to help mitigate the spread of COVID-19.

During the museum's closure, Lutter spoke with LACMA CEO and Wallis Annenberg Director Michael Govan and Associate Curator of Contemporary Art Jennifer King about the genesis of her exhibition, her artistic process, and the challenges that arise when working with such a unique photographic format.

The following conversation has been edited and condensed for clarity.

Michael Govan: We've tried to make sure that artists are not just making work that we show in the museum, but that artists are part of our museum. Vera, when you suggested you might want to live in a museum or work in a museum, to be "in residence," literally, that didn't faze me or LACMA. In fact, we'd been looking for opportunities to do that over the years.

Vera Lutter: I started photographing inside museums starting with the Met. Bringing in my smaller trunk-sized pinhole cameras to the galleries, I made works roughly of the scale of 30 x 20, 30 x 15 inches. But my big wish was to make one large picture of a gallery interior. I knew that would be an incredibly big ask. You were immediately enthusiastic. But to build a big camera in this main gallery—you said, "I want to do more than that—let's build more than one."

MG: When we were tearing down our old buildings we wanted to honor that past, those galleries. Part of the idea was to honor the history of those older buildings, the memories, and to create something. So I had imagined that, knowing your work, which is a little about memory—it looks like memory, it looks like the emotions of memory, like a dream—that somehow you would make images in and around LACMA. 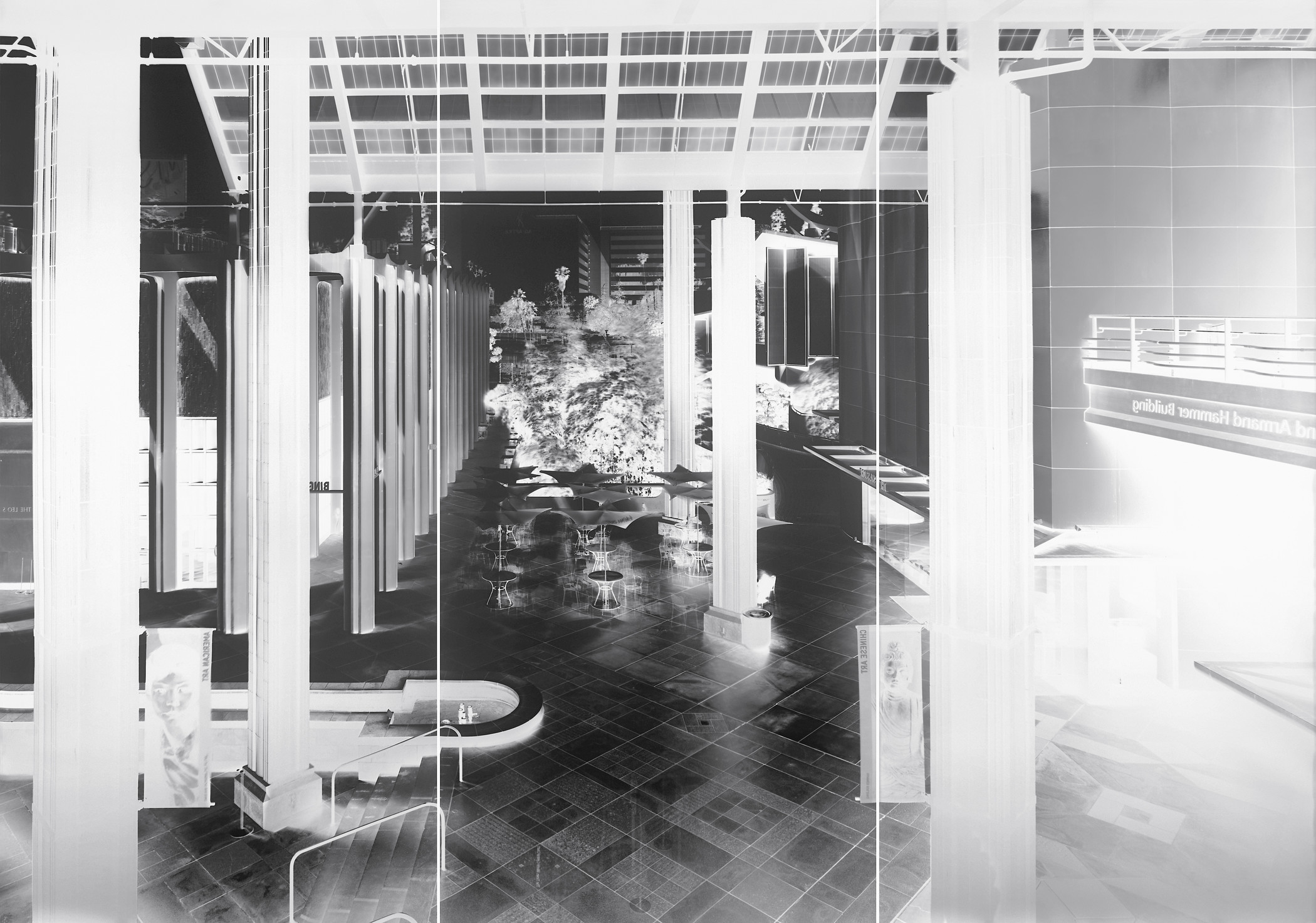 Jennifer King: What I love about LACMA from the Bridge, III: April 3–5, 2017 is the chairs on our plaza have a ghostly look. And that's because this photograph took three days. A lot of things are perfectly still, but people sat in those chairs and they moved around. So you get this ghostlike impression of the chairs moving around on the plaza. I've heard you talk about how your photographs are almost like a film recording of people who walk in front of your camera even though they don't show up in the exposure.

VL: I always think about all those things that are part of the image that we cannot see, because they're such a relevant part of the image. Such a beautiful detail was recorded in that very small movement of the chairs that are around the outdoor tables in this plaza. So we have that trace of humans, inhabiting not only the museum and the plaza, but my image. 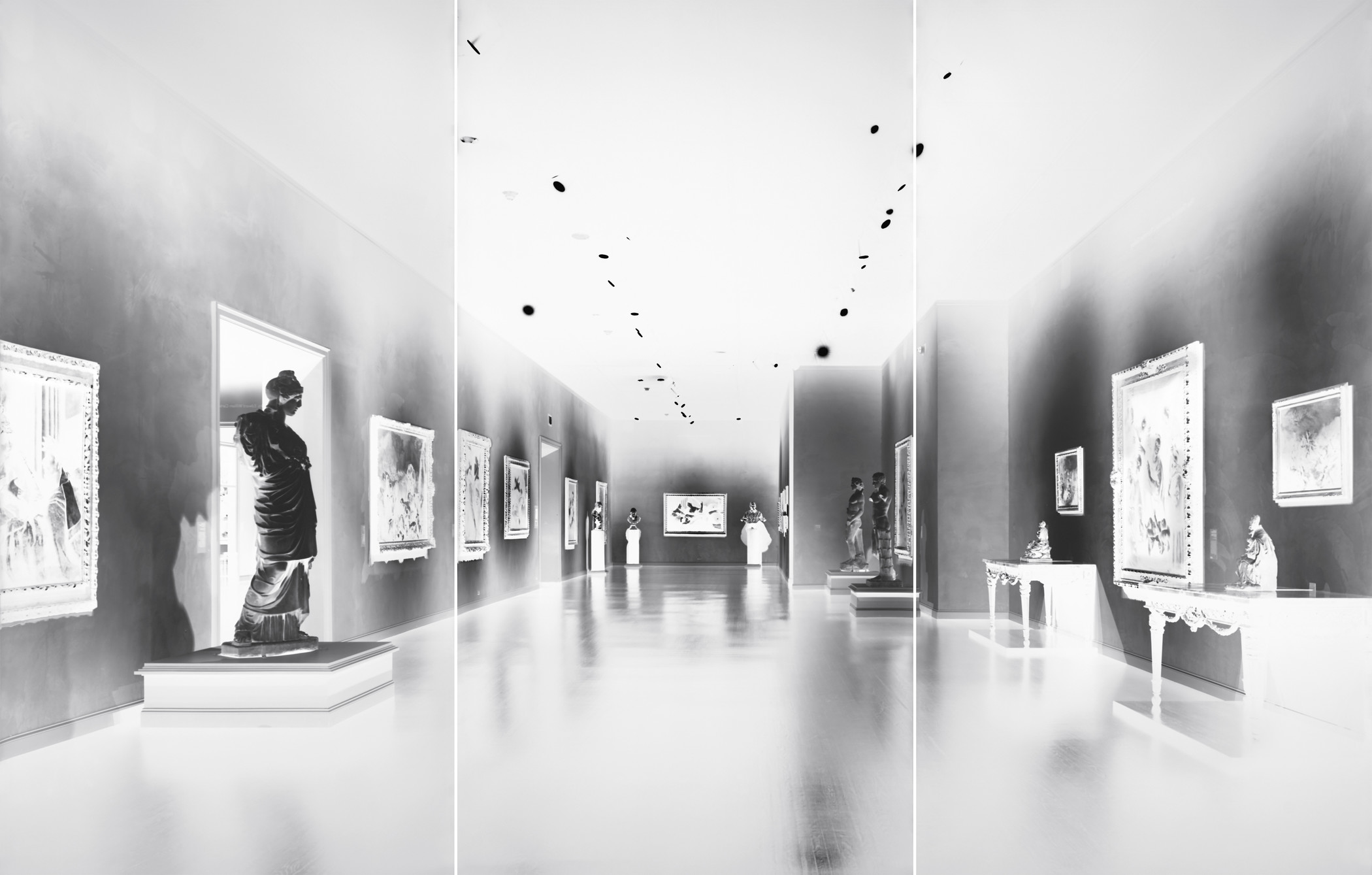 MG: You also wanted to capture interiors and you chose the Baroque gallery. We actually built a camera into the gallery, behind a false wall. We talked about whether we would tell people you were making this picture. It would be kind of cool if visitors knew. And then we realized if extra light got inside the camera, it would change the image so we did it on the QT.

VL: This was the birthplace of the project for me. My exposure was going to be seven months long. Nothing could move. It had to be organized that not one piece would need to go out for a loan. I was running little samples all around the frame of my big picture to track any kind of unusual developments. Three weeks before my calculated maturing time, we took the last tests down. Everything was great. When we developed the image, it was pitch black. An outside contractor had been brought in and he needed to fix something in the air conditioning system, of course exactly adjacent to my camera. He lifted the roof off the camera and light came in. This man didn't even know about it.

JK: In the end, the beautiful photograph that we did get, it was about a one month exposure. Still quite beautiful, just not as detailed.

VL: Yes, the image is a tiny bit smaller. We were under the gun. So I just had to make this slightly smaller image and use a slightly larger pinhole, letting more light in. But we're all very happy about this. We got what we wanted. 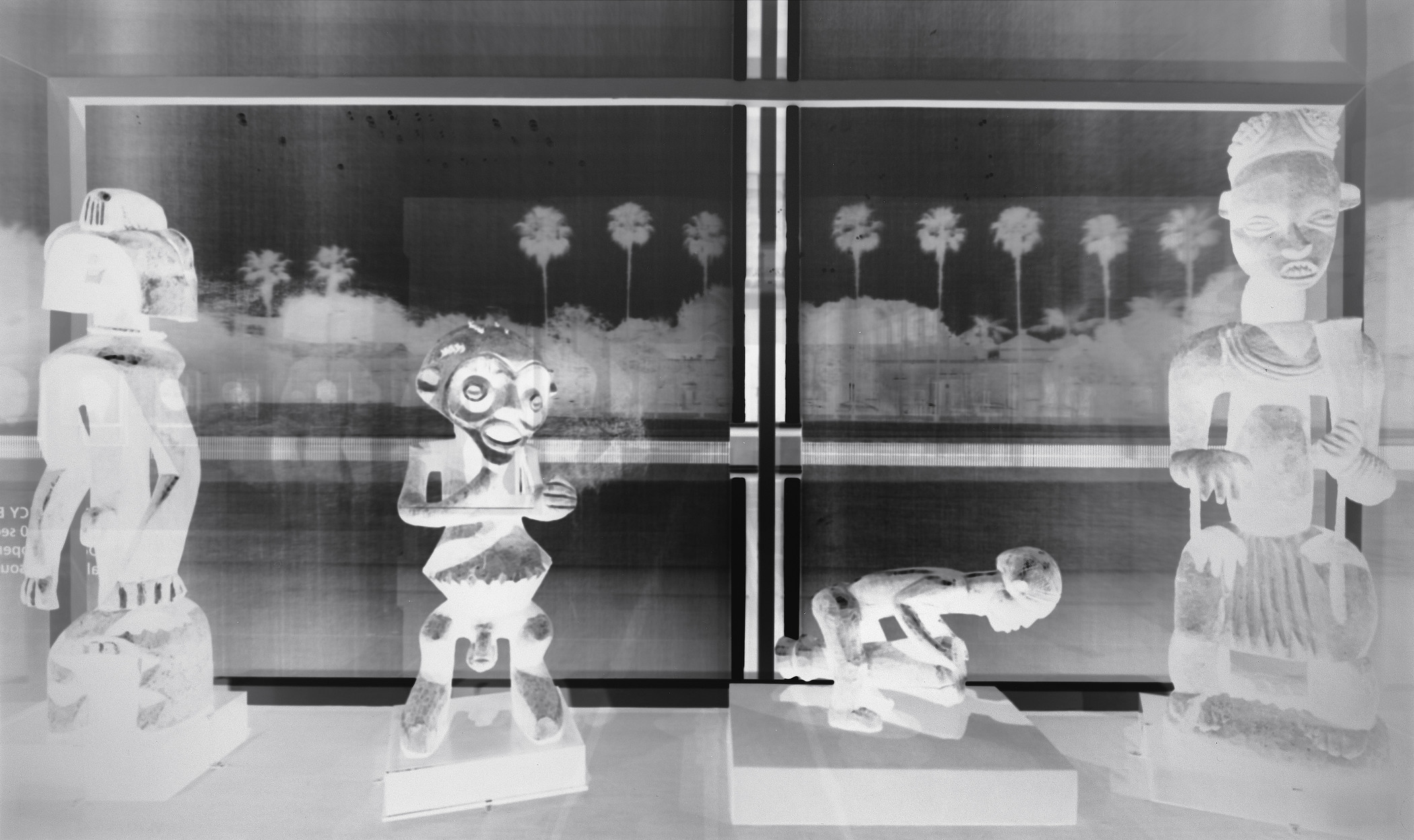 MG: One of my favorites is African Figures: June 13, 2017. This is The Inner Eye—a show of African sculptures and textiles. Here you were taking advantage of the reflections off the Plexiglas, the view through the glass. So here's a strange image with the exhibition, the reflections, and the palm trees behind the Resnick Pavilion.

VL: We see the reflection of the masks in the Plexiglas and that is what so fascinated me.

MG: Didn't this lead you, Vera, to the work you're doing in the studio now?

VL: I'm experimenting with this kind of reflection in my studio, trying to build things like that. I've spent a lot of time looking at my work, which is, in a way, creative work, because it initiates the process of thinking, what's next? What was successful? What needs to change? So every day since the second week of the shutdown, I've come to my studio—in the beginning just to calm myself down, because it was a little intense in New York. But also because it's wonderful to be in this big open space.

MG: You spent four years thinking about the LACMA project. You lived inside the museum. You saw the museum from a completely different perspective. Did anything change? Did you develop some of your own opinions about museums and artworks? 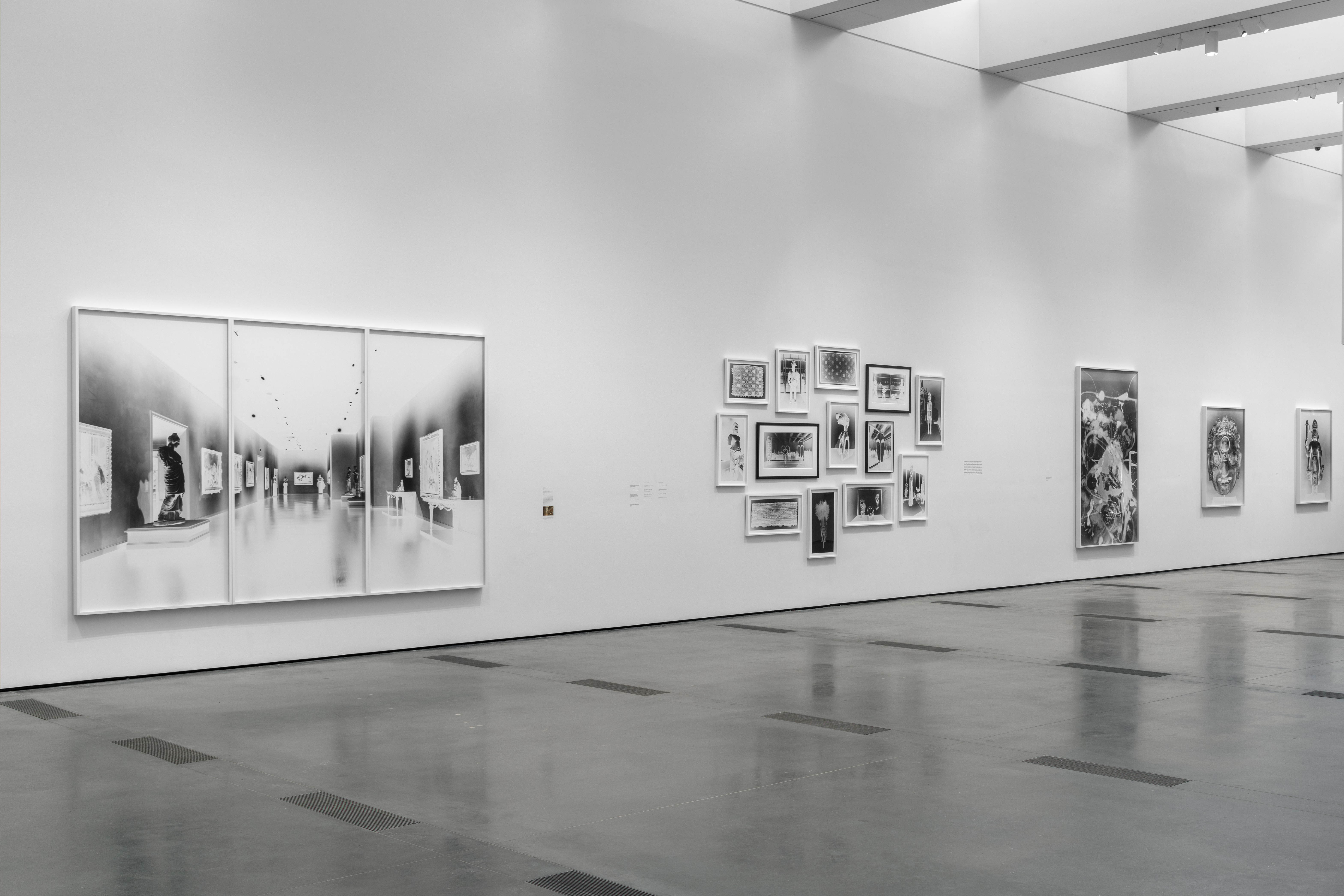 VL: I think we all were a little bit astounded with our own ambition in this project, right? I learned so much about how a museum works and how this is all only possible when everybody works with everybody. How wonderful and interesting and inspiring and easy it can be when people are open to ideas. It's been incredibly inspiring to be surrounded by art. I was reminded that you, Michael, are really fearless. Because you allow yourself to go into these ideas that sometimes we don't really know how much work they require. But you don't get intimidated by it. You never, ever threw your arms up in despair and said, "Enough, we can't do this anymore. It's driving everybody crazy." We just kept going and always found a way, right?

MG: There were a few key moments when it was pushing the museum to its limits. But there was a belief in your work. It brought to the museum the sense of how everything's made by an artist, and we sometimes forget that. So your presence in the museum was so powerful—to go to the core of what we are, that these are things made by human beings with a great deal of effort and thought. And those ghostly images, that sense of time and that sense of slowness, is very much of our moment. In this time of crisis and anxiety, a museum is there for our spiritual and mental health, and we do that through artists. They give us things to meditate upon. We're so proud to be part of helping you to make your work, which will last through the ages. 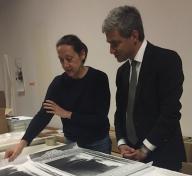 Behind the Scenes: Vera Lutter’s Artist Residency at LACMA
July 24, 2017 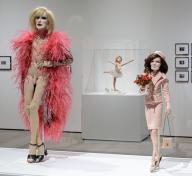