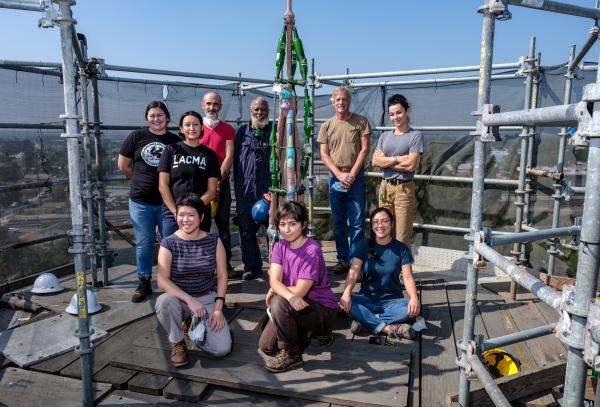 Filling in the Cracks of Simon Rodia’s Monumental Watts Towers

This summer, LACMA launched its YouTube series ART + WORK, which shows the care that museum conservators put into preserving a wide range of artworks from our permanent collection.

In this video, Conservator Elisabetta Perfetti conducts repairs at the Watts Towers, a mosaic sculpture in South Los Angeles built in 1921 by artist Simon Rodia, while a team of LACMA conservators work to stabilize the sculpture by reinforcing its armature and by sealing cracks.

Below, Elisabetta explains the challenges of repairing an outdoor sculpture of this size and scale.

Why does the sculpture need restoration?

The Watts Towers are a very complex structure, especially from an engineering point of view. I think there is literally nothing in the world quite like the Watts Towers. The sculptures have several problems related to the way they were constructed, the material that was used, and the effects of the environment over decades that has caused cracking in the cement throughout the Towers.

So what we have been doing, as a conservation team, is to investigate and understand where this cracking problem was coming from. The Towers have an armature and many areas of the armature have corroded over the years. This has caused a lot of the cracking and spalling of the mortat. For over two years, we've been cutting into the cracks, reaching the armature, and checking the status of the steel. If we find corrosion, sometimes we have to remove sections of the armature. We have a welder that comes in and depending on the situation he either reinforces or substitutes parts of the armature. After the welding is completed we put back the original ornamentation and patch the plaster.

Once you notice a crack in the sculpture, what do you do next?

The wider the crack, the higher the chance of a problem with the armature. Generally we cut open the crack and dig until we reach the armature. We have found parts of the armature that were corroded with a rust build up half an inch thick.  Our job, once the armature is exposed, is to clean the corrosion from the steel.

As we cut, we have to remove all the unstable mortar. When we find where the mortar is sound and is well attached to the armature, we stop. Usually we try to make a clean cut, more like a geometrical cut instead of just random digging. When we reach the armature, we treat the armature, we clean the steel, and then we slowly reconstruct the area carefully with a special polymer modified mortar, and we diligently put back all the ornamentation

You have to imagine what a dentist does when he finds a cavity in a tooth. The dentist removes the damage, cleans the area, and prepares it for repair. It’s the same for us. We remove the damage, we clean the section, and then when we are left with the clean area, that's when we start to reconstruct and put everything together. 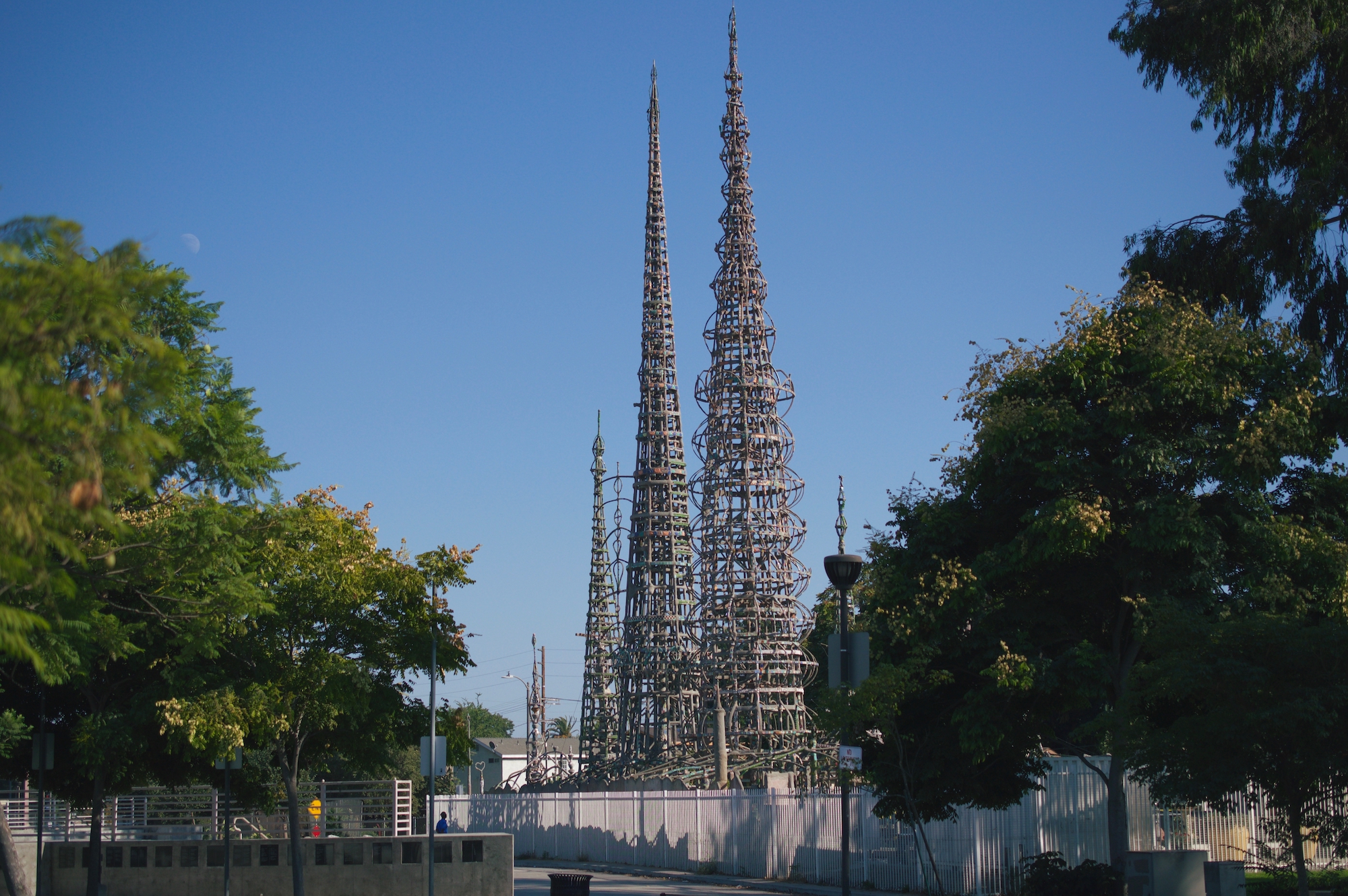 Tell me a little bit about the cleaning process.

We clean the steel of rust. The power tool that we're using has several attachments specific for this task. Some are steel brushes and some have a diamond coating. Ultimately we're cleaning off the rust, because the rust is what causes the cement to spall.

There were a lot of problematic areas on the towers, especially in the central part of the sculptures between level five and seven. Earthquakes, Santa Ana winds and, in general, the daily movements of the structure, including how the towers are carrying weight, have been responsible for some of the damage that we have focused our attention on. Every time the cement cracks, the surface is open to the environment and that's how water gets to the armature and the corrosion process starts, so sealing the mortar after treating the armature was really the essence of this conservation project. Our hope is that with our conservation work and with the welding that Charles has done, we have reinforced the towers enough to hopefully last longer.

Why do you suspect there are more cracks happening on floors four through seven?

It's the weight. The weight is carried by the structure, so there's a lot of compression, movement, and expansion. Also we have to remember that the armature is steel, and so steel tends to expand too. So it's a combination of different causes.

What do you think Simon Rodia would think about the conservation work being done on the towers?

Although in my heart I know that we are doing something really amazing, because we are trying to preserve this monument for the future generation, somehow, knowing his personality, I think he wouldn't completely be okay with it .

This is the guy that spent 30 years of his life building this insane monument and then when he was done, he literally gave the key to his neighbor and left. So from what I know of him, I don't think he would see it as something … I don't know, it's hard to explain because I never met Rodia, I don't know the man, but I watched so much film footage of him and I read so much about him and he definitely was a sweet but opinionated human being with an eccentric personality. Hard to really know but I truly hope he would be happy in knowing that his monument will remain an integral part of the neighborhood and of the city of Los Angeles for many years to come. 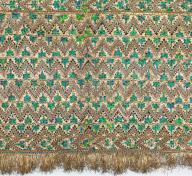 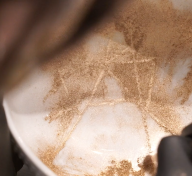