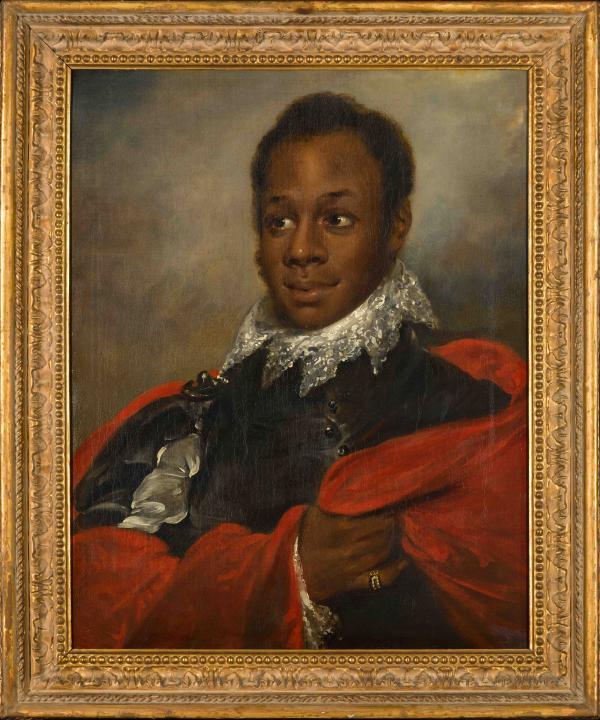 Painted circa 1815, this portrait is the only known painted representation of the great African-American educator, scholar, diplomat, and abolitionist Prince Saunders. With swift brushwork and an attention to detail—the Van Dyck costume, the prominent ring on the sitter’s finger—British portrait painter and miniaturist William Armfield Hobday presents a man of distinction and prominence. While the portrait is of an American, the picture remains embedded in the tradition of English court painting, beginning with Anthony Van Dyck’s portraits of King Charles I in the 17th century, and practiced over the next two centuries by British and non-British painters alike.

Born in 1775 to enslaved parents in Connecticut, Prince Saunders moved to Vermont at the age of 11 under the guardianship of Colonel Oramel Hinckley, who continued the early education Saunders had begun while living with his parents. By his early twenties Saunders had studied at Dartmouth, was a landowner, and became a teacher at Boston’s African School. There he mixed in intellectual circles, gaining influence with the city’s progressive elites, convincing wealthy Bostonians to support the establishment of four Black elementary schools, including the Abiel Smith School (now part of the Museum of African American History).

In 1815 Saunders sailed to England, and there made another great stride in promoting Black education and political power. In London Saunders turned his attention to Haiti, which, in 1804, had emerged as the first country to abolish slavery, the first independent nation in Latin America and the Caribbean, and the first Black republic in the Western Hemisphere. Saunders traveled to and from the island beginning in 1816, assisting King Henry Christophe in establishing a system of universal education, and finally publishing The Haytian Papers, which outlined the constitution and laws of the new country.

The success of The Haytian Papers in England was enormous, and Saunders became something of a celebrity in London society. He styled himself a royal diplomat, deliberately omitting the “Mr.” before “Prince” on his calling card, and failing to disavow anyone of the notion that he descended from royal lineage. This exceptional depiction may have been painted in the port city of Bristol, where Hobday had a studio, or in London, where the artist captured several of his subjects.

After three years abroad Saunders returned to Boston, where he recruited support for Christophe’s educational reforms and published a second edition of The Haytian Papers. He later moved to Philadelphia and promoted the emigration of free Black Americans to Haiti. Saunders traveled between the United States and the Caribbean through the remainder of his life, and died in Port-au-Prince in 1839. 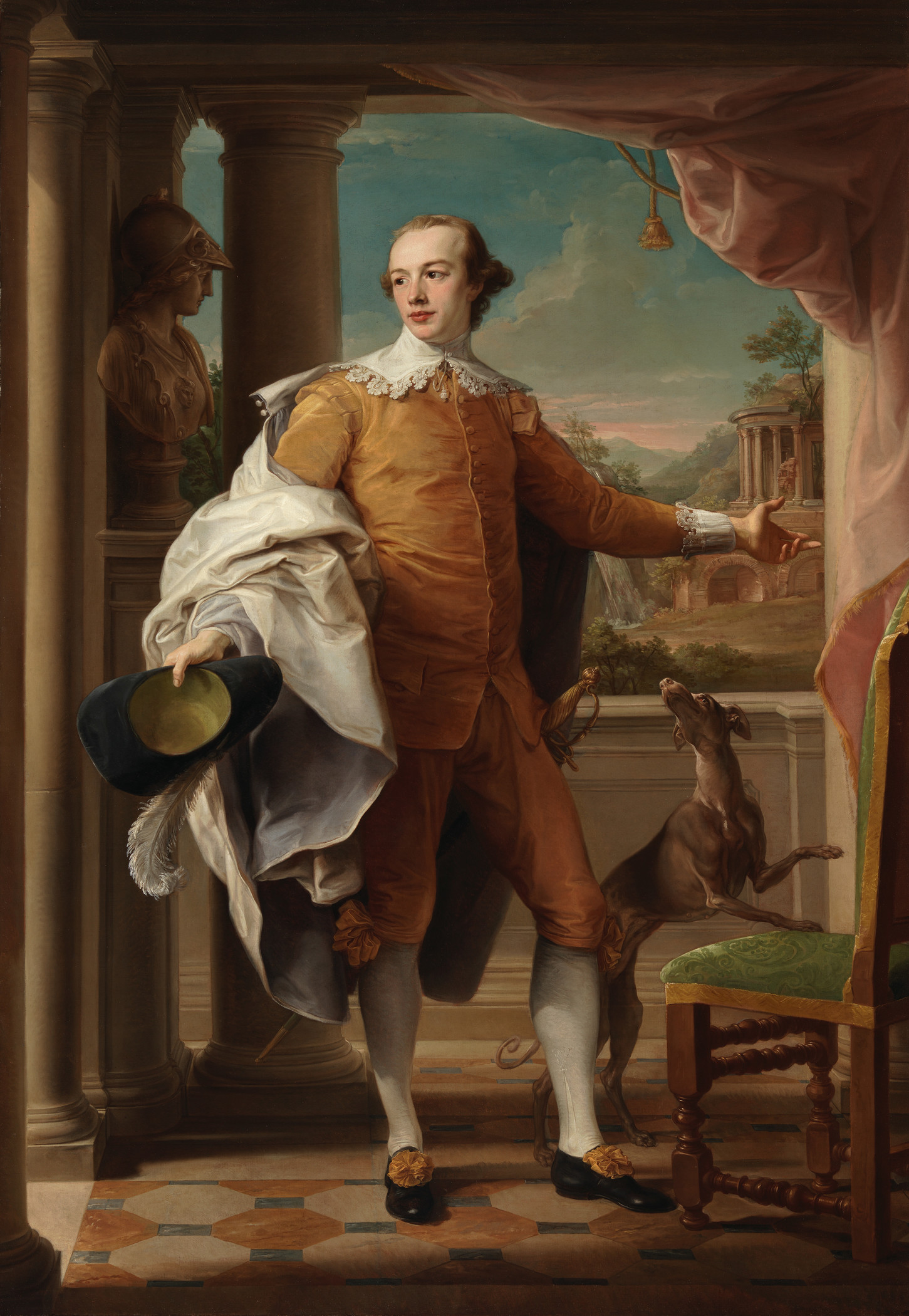 LACMA’s portraits of Sir Wyndham Knatchbull Wyndham by Pompeo Batoni, and of Arthur Atherly by Hobday’s contemporary Thomas Lawrence, showcase the style of court portraiture represented here. More significantly than style, however, this painting is particularly suited to LACMA’s collection through its subject: Saunders’s position as a vocal abolitionist, his trans-Atlantic relations, his dedication to the education of Black youth, and his role in Black nation-building, all speak readily to the more expansive narratives we wish to present with our permanent collections. The painting will go on display at the opening of the David Geffen Galleries.

During our 36th annual Collectors Committee Weekend (April 22–23, 2022), members of LACMA's Collectors Committee generously helped the museum acquire nine works of art spanning a breadth of eras and cultures. We'll be publishing information about these acquisitions throughout the week here on Unframed.