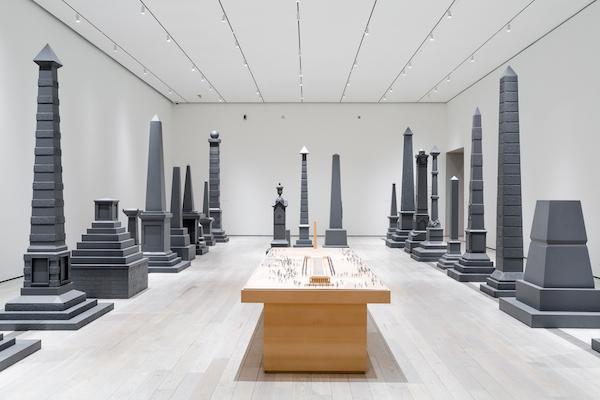 Scattered throughout the United States are monuments that commemorate those killed during numerous “Indian wars” between indigenous Native Americans and white settlers in the country. The memorials represent the history of conflict and colonization in America, from the first settlements in the 1600s to the close of 19th century.

On view in BCAM, Proposal for White and Indian Dead Monument Transpositions, Washington, D.C. is a work from 2005 by Los Angeles–based artist Sam Durant. The piece, which entered LACMA’s collection in 2013, is a large-scale installation featuring scaled-down replicas of 30 monuments that Durant selected as part of a hypothetical “proposal” to relocate the forms from their respective sites to a section of the National Mall in Washington, D.C. between the Lincoln Memorial and the Washington Monument. 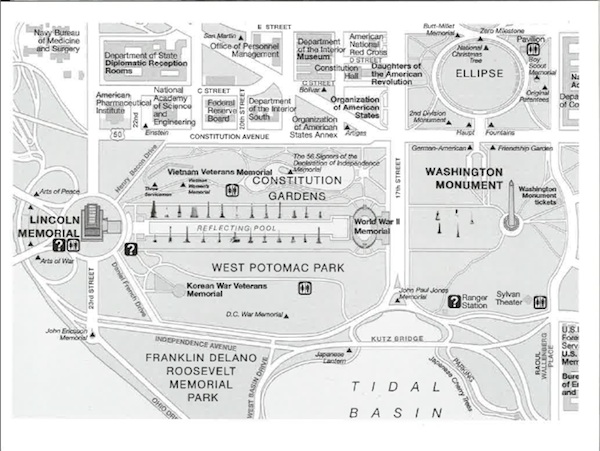 “My proposal consists of a transposition, or moving of a selection of existing monuments and memorials from various locations around the country to Washington, D.C. The majority of these monuments and memorials to be moved commemorate lives lost during the historical period known as the ‘Indian Wars.’ . . . The criteria used to select the monuments are as follows: nonfigurative permanent markers commemorating white settlers killed by Indians and nonfigurative permanent markers commemorating Indians killed by White settlers. Figurative markers or statues are ruled out, as they tend to refer to individuals. Cairns, gravestones, and nonsculptural markers are disqualified in the interest of maintaining the formal category of the monument, exemplified by the massive obelisk of the Washington Monument. The monuments to the White dead would be installed on either side of the Reflecting Pool that runs between the Lincoln Memorial and the Washington Monument. The monuments and memorials to the Indian dead would be installed on the lawn area directly in front of the Washington Monument. The deaths that are commemorated by the transposed memorials are not those of rulers, wealthy, or the powerful, but those who died anonymously for their gain. The proposed monument, should it ever be completed, would offer a site to reflect on these relationships in the context of all the existing monuments and memorials in our nation’s capitol.” 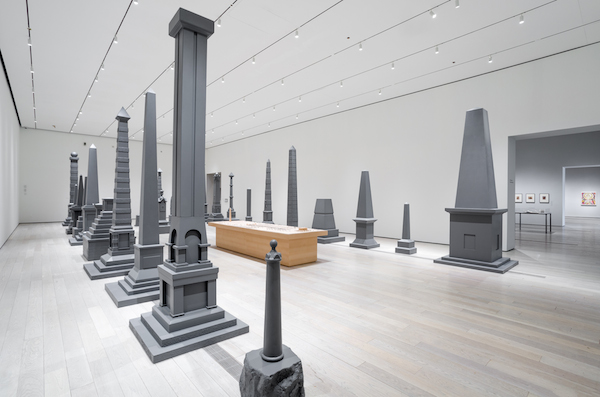 Situated in a stark gallery in BCAM, Proposal presents a solemn consideration of the violence that foregrounded the establishment of the United States. The installation also raises questions about the function of monuments and memorials: the version of history they tell, how loss is commemorated, and the authority of the state. Viewed in isolation, the forms are merely that—shapes that do not necessarily articulate the complicated stories about the massacres they memorialize. The monuments, while imposing, appear neutral and apolitical. Their verticality and size do harken, however, to the function of many obelisks throughout ancient Egypt and Western Europe: as markers of holy sites and important achievements.

In Durant’s proposal, the obelisks are situated in view of a model of the National Mall. It is in this context that the monuments take on a deliberate political veil. Even without the support of didactics, the forms activate a dialogue between the well-known memorials that are adjacent to it. 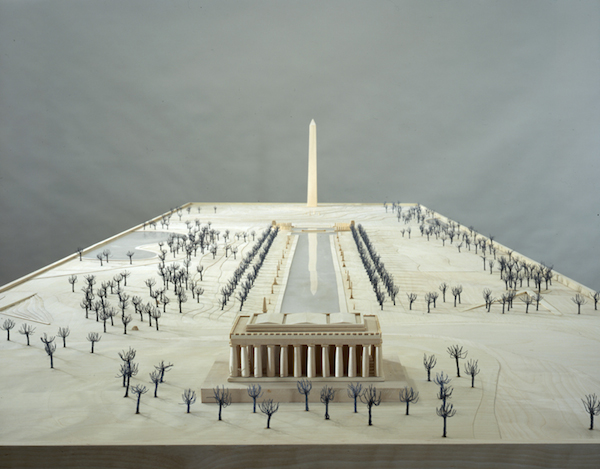 Similarly, the adjacency of Proposal to Marsden Hartley: The German Paintings 1913–1915, allows for the consideration of the way conflict and loss are memorialized on the scale of the individual (in Hartley’s case) and the collective (the public monuments). To the American artist in Germany, loss was an intensely personal trauma, while for the erectors of the monuments, loss presented an opportunity to reshape a complicated narrative. 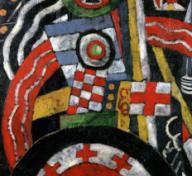 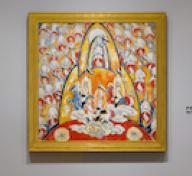