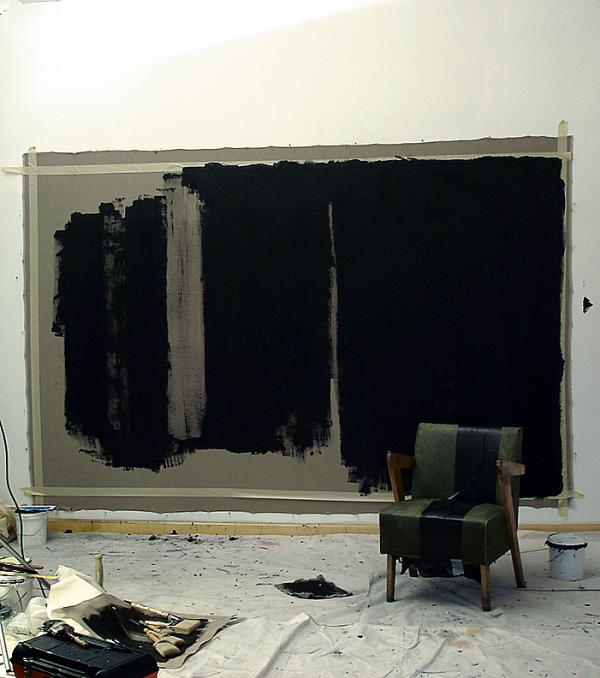 Intensifying the Mark: Christine Corday Turns Up the Heat on “Painting”

Christine Corday’s work documents a continuous journey to unite her diverse interests—astrophysics and arts—into engaging visual objects. Last month I introduced the artist’s protoist forms, UNE and KNOUN. The two objects are part of an ongoing series exploring the physical states of matter and sensory awareness and mark Corday’s transition from paint to sculpture. 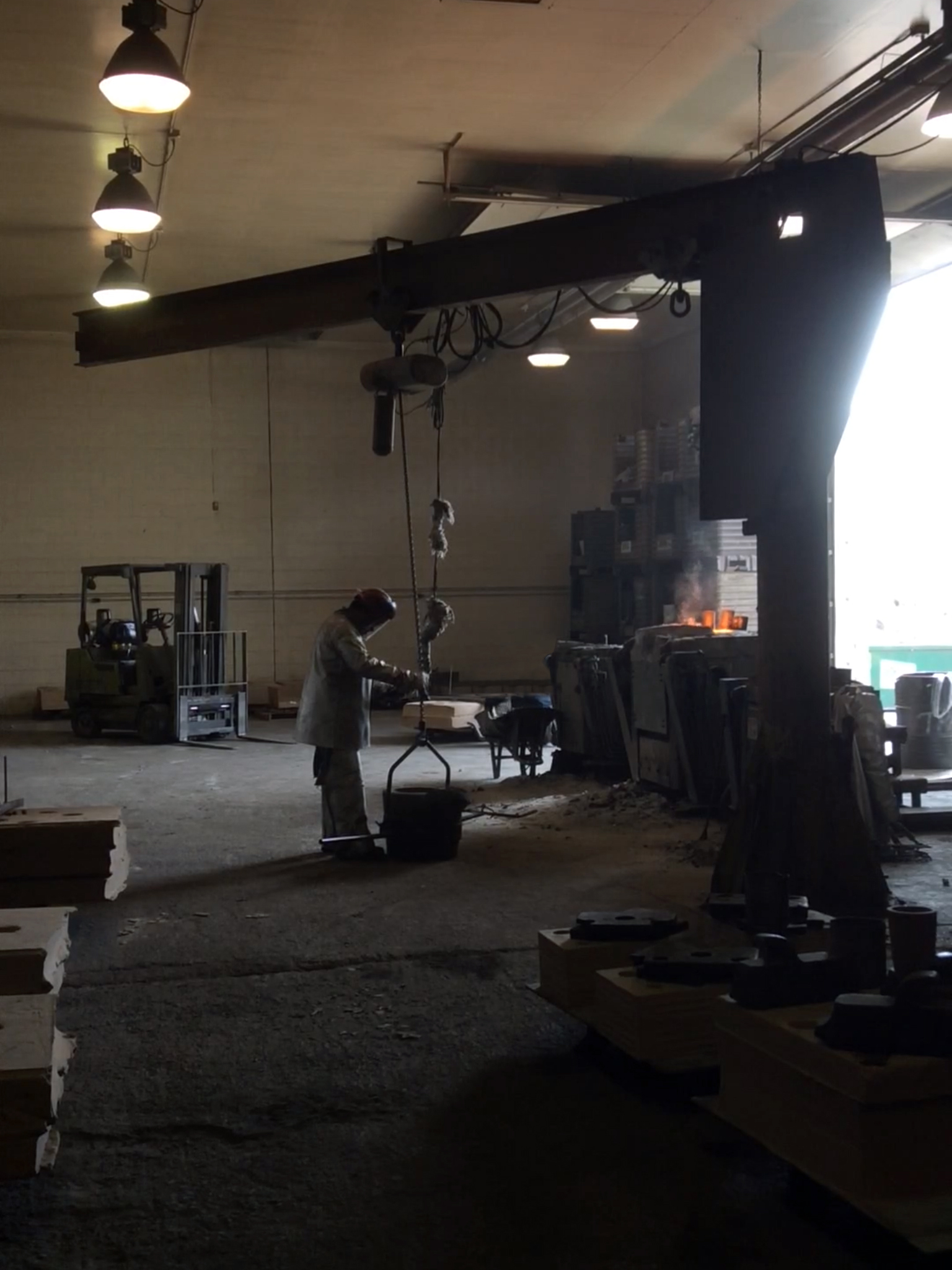 Corday’s artistic career began as a painter. In the early 2000s, her canvases were laden with layers of a dense, black, tar-like substance. The mixture was a combination of pigment and charcoal the artist would make herself, exaggerating the materiality of her paint. A sojourn in Japan inspired Corday to adopt disciplines from iaido—swordsmanship characterized by smooth, controlled movements—in her brushwork.

Her desire to capture the physicality of the stroke is reflected in the increased performativity of her painting. She recalls mulling over the problem in her studio, approaching it scientifically she considered the lack of energy transferred between her “room-temperature paint” to a “room-temperature canvas.” During the course of this thought process it occurred to her that she needed to force very high energy into a “low-energy space” in order to intensify her mark-making. The solution was heat.

The next step was finding a way to use heat.

The search for possible techniques led Corday to tour foundries. It was at one of these sites that she first witnessed the malleability and translucence of heated metal.

“[S]eeing this molten material at such a tremendous temperature, looking into it, was definitely like looking at pictures of suns and stars,” Corday explains, “ [. . .] and coming from a background with an interest in the evolution of galaxies and how planets form, I saw an immediate correlation that I had never seen before— you’re mimicking these things but on a far smaller scale.”

Corday soon discovered the plasma torch, a device that generates a controlled flow of plasma with temperatures of up to 25,000°F. The tool became instrumental to executing her protoist forms, and the transition from paintbrush to torch was a smooth one by Corday’s standards: “It was a one to one relationship, much like loading a brush with paint to loading a brush with heat [. . .] there was still that intimacy of controlling the mark.” 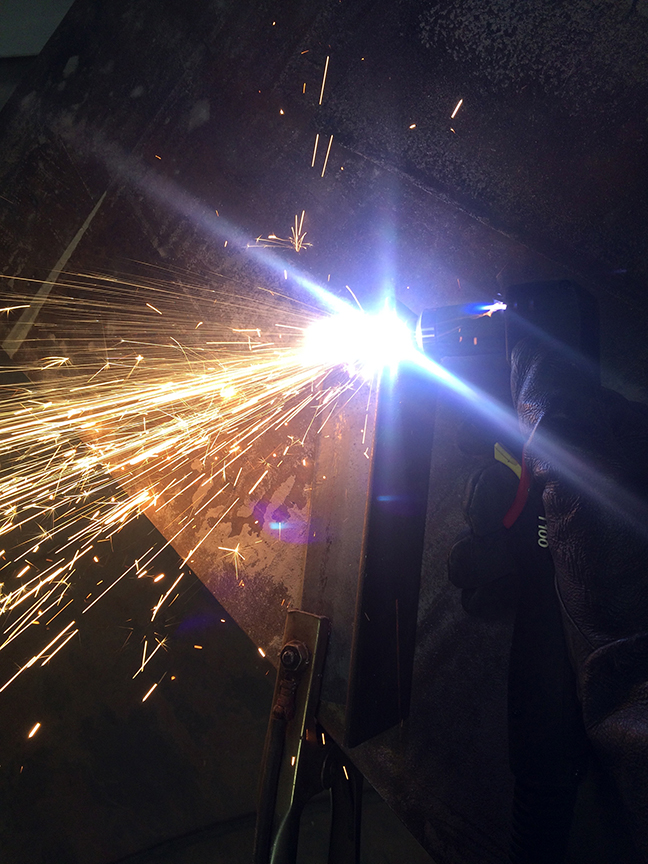 In 2008, the curvaceous UNE emerged as Corday’s first sculpture. A product of her drive to increase the materiality of mark-making, the piece allows viewers to physically enter and exit the artist’s stroke. Although UNE is sculptural, Corday describes creating it with the mentality of a painter. In this manner, the canvas was replaced with weathering steel, which could withstand the heat of a plasma stroke without completely disintegrating. The metal was then bent to allow the viewer to walk through the artist’s handiwork:

“To have it be a curve basically suspended that moment of entering and exiting. The theme of the piece is suspension. [. . .] What you see there in that cut is a moment between states of that metal; it literally is frozen in time between when it was a solid and a liquid.” 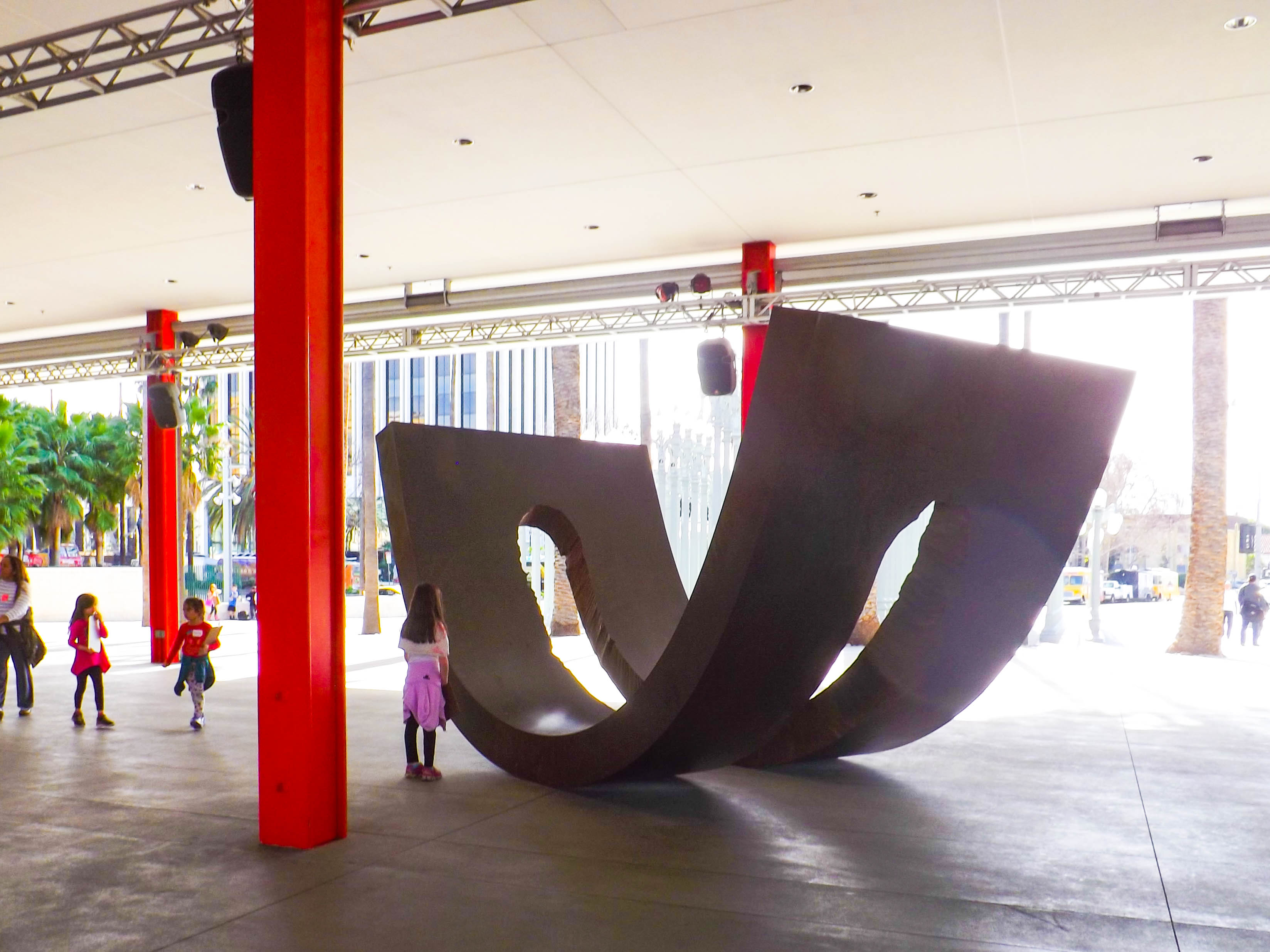 UNE at LACMA, photo by the author

The plasma torch has since become the manner by which Corday marries her interests in art and science. Plasma is the fourth state of matter, and the one least commonly found on Earth. Natural plasma formations on our planet include lightning and auroras. Artificially manufactured plasma can be seen in neon signs and fluorescent light. As Corday puts it, “plasma is basically an energized gas.” Her element of choice is Argon, a gas she energizes into a plasma state, which burns at about 7000°F.

“I was replacing pigments with elements. I was playing off of a palette of temperature. I was using temperature to kind of bring things in and out of solid space,” states Corday. 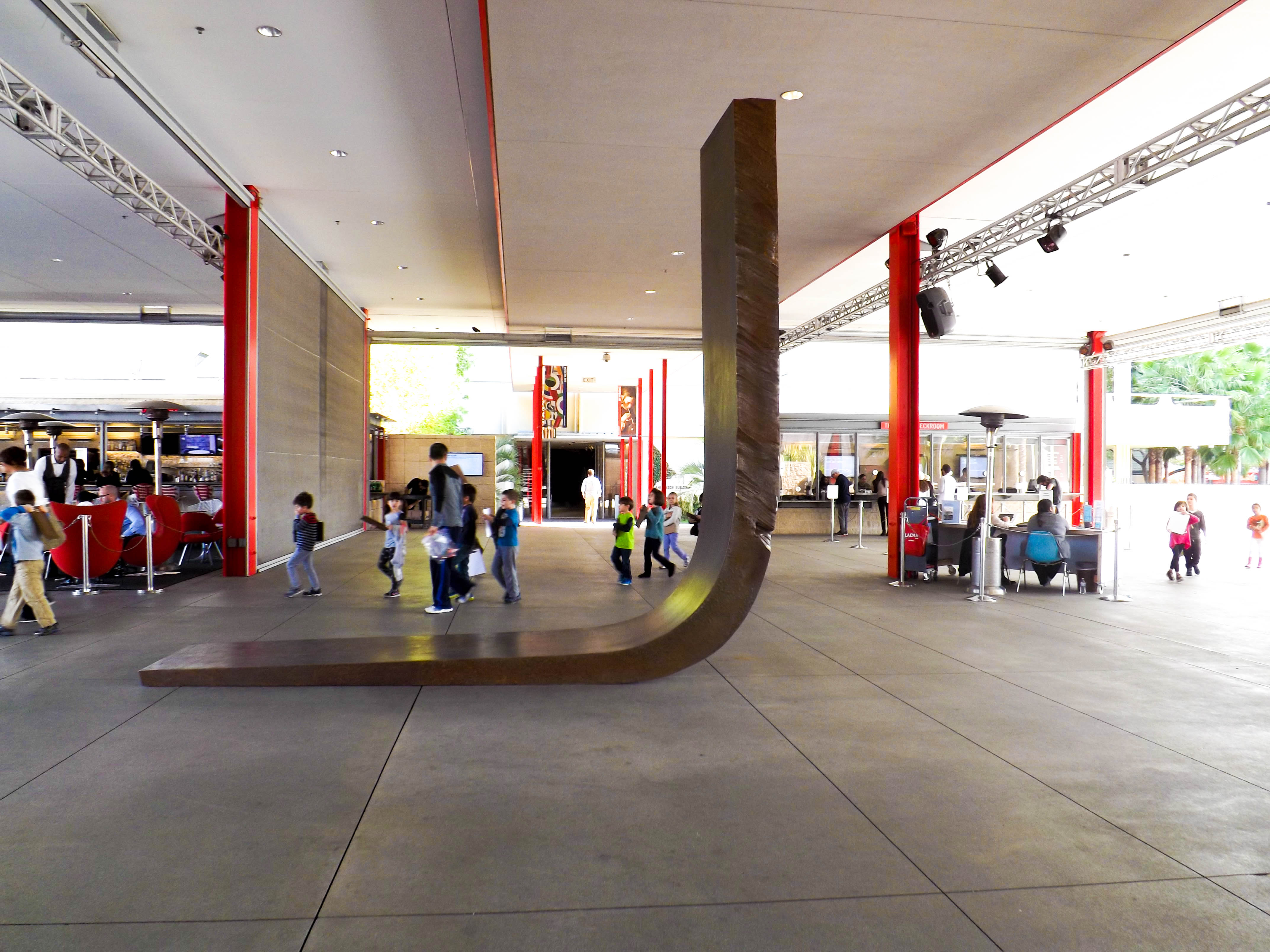 KNOUN at LACMA, photo by the author

As the artist’s protoist structures continue to evolve, KNOUN, the fourth piece in the series, indicates a shifting interest from the performativity of mark-making to an exploration of the human sensory apparatus. By this time, Corday became interested in one’s sense of body position, balance, and one’s navigation through space. Corday comments that, “KNOUN itself is a form that is pulling and balancing in a way that’s a little unknown.”

There is a rugged cut running along KNOUN’s vertically extended limb. For Corday, the jagged carving is representative of the progressive evolution of her Forms. She describes the appearance as “cuts from the other,” as if the KNOUN’s unrefined edges hint to it having been torn from another entity.

UNE and KNOUN will be on view at LACMA until April 5. Continue to check back here on Unframed to learn more about Christine Corday. 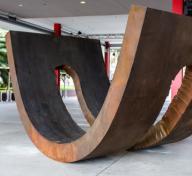 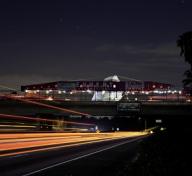 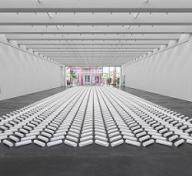