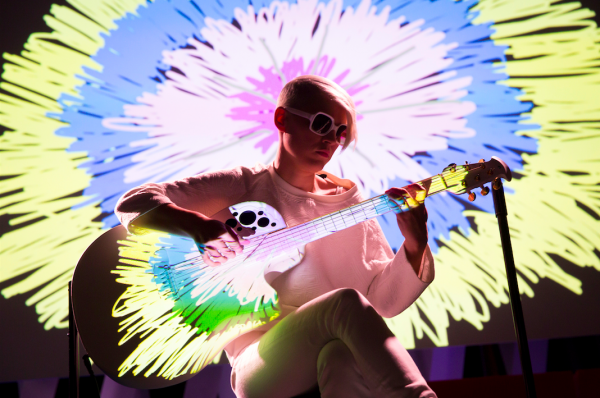 My search to find a musician that is truly integrating video and music in new ways led me to Kaki and her latest project, “The Neck is a Bridge to the Body.” Her unique approach to the guitar and her extended technique make her a true marvel to experience.

Ahead of her upcoming performance at LACMA, I caught up with Kaki on the road.

What was the inspiration for you to create this special video/musical project?

The guitar is so expressive and so infinite to me. "The Neck" is a way to express visually what the guitar has always been saying musically. It can become so many things and fit into so many musical styles. The piece really explores my identity with the guitar and shows that it, not me, has always been the master.

You were able to give a short performance at LACMA's Art+Film Gala last fall. How will it be to return to the museum and perform your full show? Do you perform often in Los Angeles?

I'm really looking forward to coming back and playing the entire show at LACMA. I do perform a lot in Los Angeles, and I'm probably one of a handful of New Yorkers who actually has a lot of affection for L.A. When offstage you'll probably find me at the beach eating tacos.

Art & Music is made possible in part by the Colburn Foundation with additional support from The Aaron Copland Fund for Music. 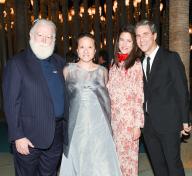 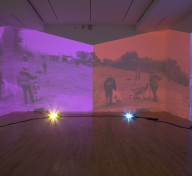 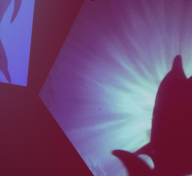 A Conversation with Diana Thater
December 7, 2015