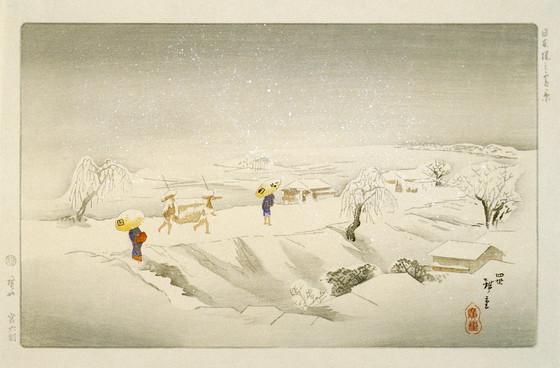 LACMA Exhibitions On the Road

The holiday season is coming up! Even if you're headed out of town, don’t let that stop you from enjoying LACMA exhibitions. Some have closed at LACMA and are touring the continent, while others are stopping at other museums before coming to LACMA soon. And if you’re a Friend-level member, you receive reciprocity to 24 museums.

If you’re near Milwaukee, check out Haunted Screens: German Cinema in the 1920s at the Milwaukee Art Museum through January 22. You might remember the exhibition from 2014–15, which explored the masterworks of German Expressionist cinema through drawings, manuscripts, posters, set models, and more.

In Chicago, Diana Thater: The Sympathetic Imagination, the most comprehensive exhibition of this L.A.-based artist’s groundbreaking film, video, and installation works, is at the Museum of Contemporary Art through January 8. Don’t forget to visit Moholy-Nagy: Future Present at the Art Institute of Chicago through January 3. This first comprehensive retrospective of László Moholy-Nagy, the pioneering painter, photographer, sculptor, and filmmaker as well as graphic, exhibition, and stage designer, will open at LACMA on February 12.

In New York City, head to the Guggenheim to revisit Agnes Martin. Soak in the sublime nature of her paintings and trace development from biomorphic abstraction to the mesmerizing grids and striped canvases that became her hallmark. The exhibition closes on January 11.

If you find yourself in Washington, D.C., you’ll definitely want to head to the newly opened National Museum of African Art. There, you’ll also encounter Senses of Time (which closes at LACMA on January 2), on view through March 26. Then, for a preview of what’s to come to LACMA in the spring, check out From Los Angeles to New York: Dwan Gallery, 1959–1971 at the National Gallery of Art through January 29. This exhibition presents the storied history of the Dwan Gallery, one of the most important galleries of the postwar period in the U.S., and the dealer and patron Virginia Dwan, who was a keen follower of contemporary French art and a leading patron of earthworks.

Last but not least, Robert Mapplethorpe: The Perfect Medium is at the Montreal Museum of Fine Arts (called Focus: Perfection Robert Mapplethorpe there) through January 22. This is a great opportunity to see both the Getty and LACMA shows merged together, in one place! The exhibition includes the full breadth of Mapplethorpe’s body of work, from early drawings, collages, sculptures, to his famous portraits, still lifes, and figure studies.