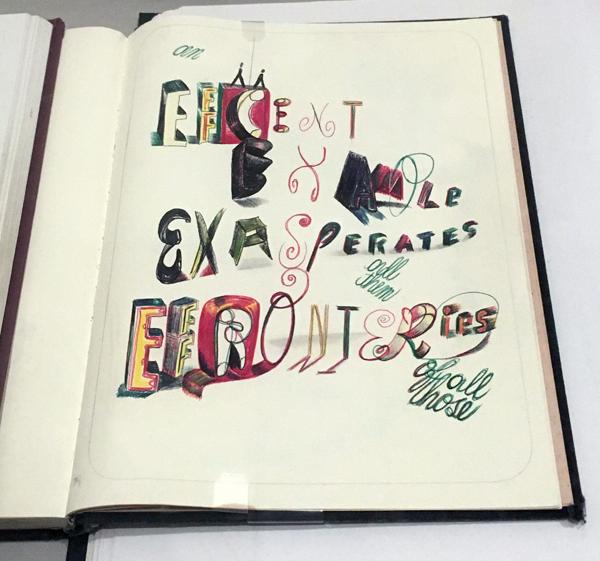 Detail from one of Ed Fella’s sketchbooks, presented in Ed Fella: Free Work in Due Time, © Ed Fella

The skylarking song One Piece at a Time, recorded by Johnny Cash in 1976, is the most suitable way to explain my education from Ed Fella. Much like the song’s protagonist—who assembles a one-of-a-kind automobile through stealing car parts piece by piece over 25 years from “a ’sembly line” in Detroit—one acquires knowledge from Ed bit by bit. His rich anecdotes and impromptu metaphors could be gleaned from project critiques, chance conversations in hallways, or by simply listening to the questions he asks at lectures. Conceivably, any chat with Ed could leave one scrambling to scribble down his one-liners, but the true Cadillac of learning happened in his office.

Originally labeled A100a, Ed’s office is now identified by a handwritten sign as “POTENTIAL GRAPHIC DESIGN FOR BYGONE ERAS.” The space doubles as his renowned workshop and lush visual archive. With boxes inside boxes, binders buried by books (and vice versa), and small mementos adorning the rare unexposed wall space, the room’s contents are as elastic as his typographic approach. 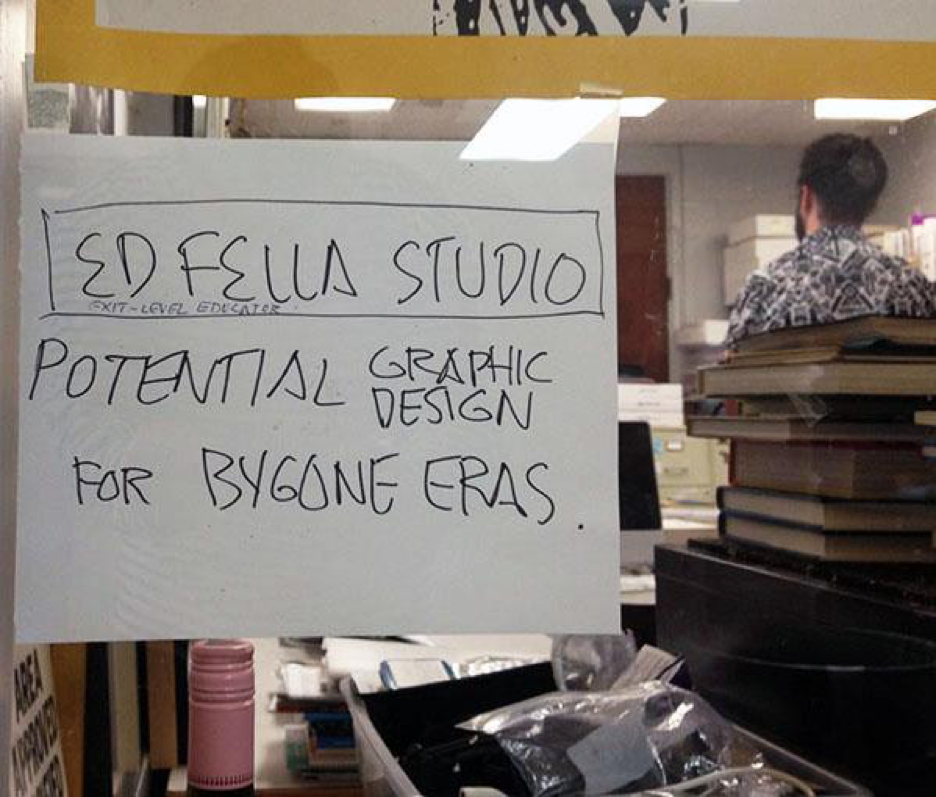 Ed's studio at the California Institute of the Arts, image from March 2016

Even before I wandered into Ed’s studio to yak about the history of Detroit, Wet magazine, or Jack Kerouac, I surmised from the steady stream of visitors that his workspace was regarded as sacred ground. No matter their connection to the design program, current students, alumni, or visiting designers, it was (and is) always intriguing for anyone to pay a visit and discover whatever he’s making. For students, hanging around Ed’s office was like an unofficial design elective (maybe titled Consistent Graphic Inconsistencies). Observing how he juxtaposed quirky forms with hints of language and scanning his studio’s stuffed shelves and covered walls, one could begin to recognize how any inspiration could be the foundation to make or visually explore. The fluidity of Ed’s imagination, process, and output taught possibilities, not rigidities. 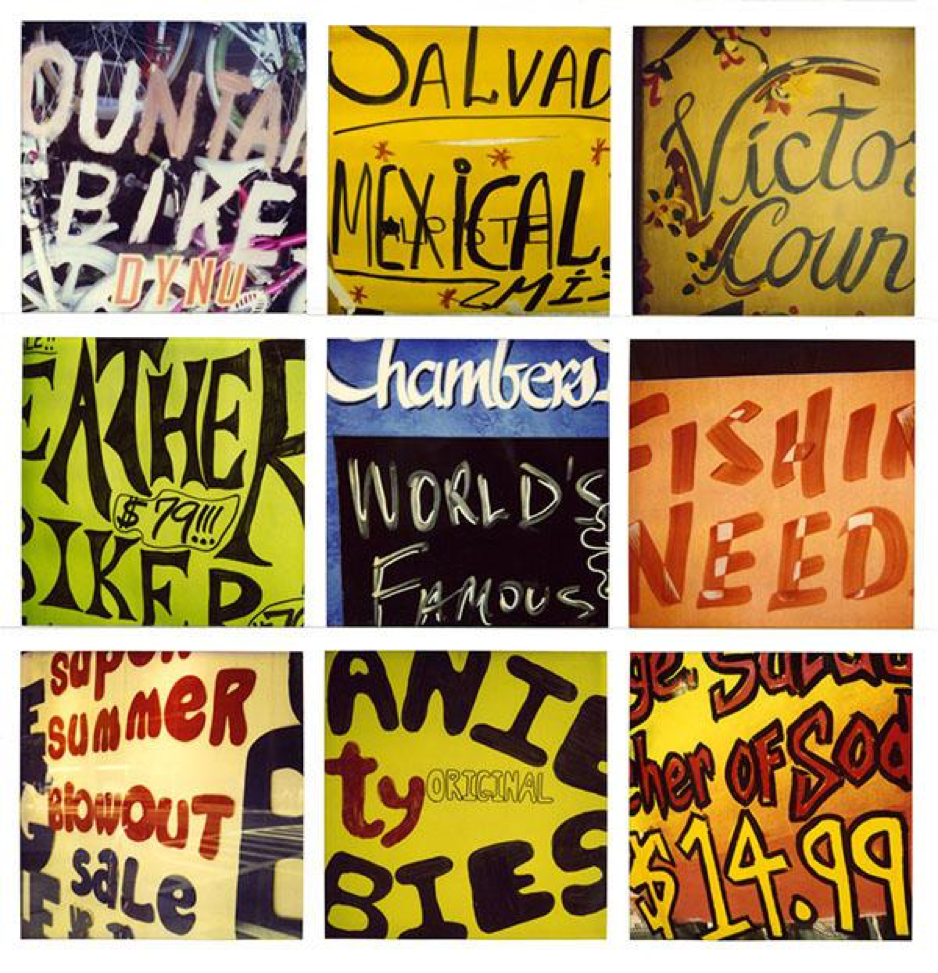 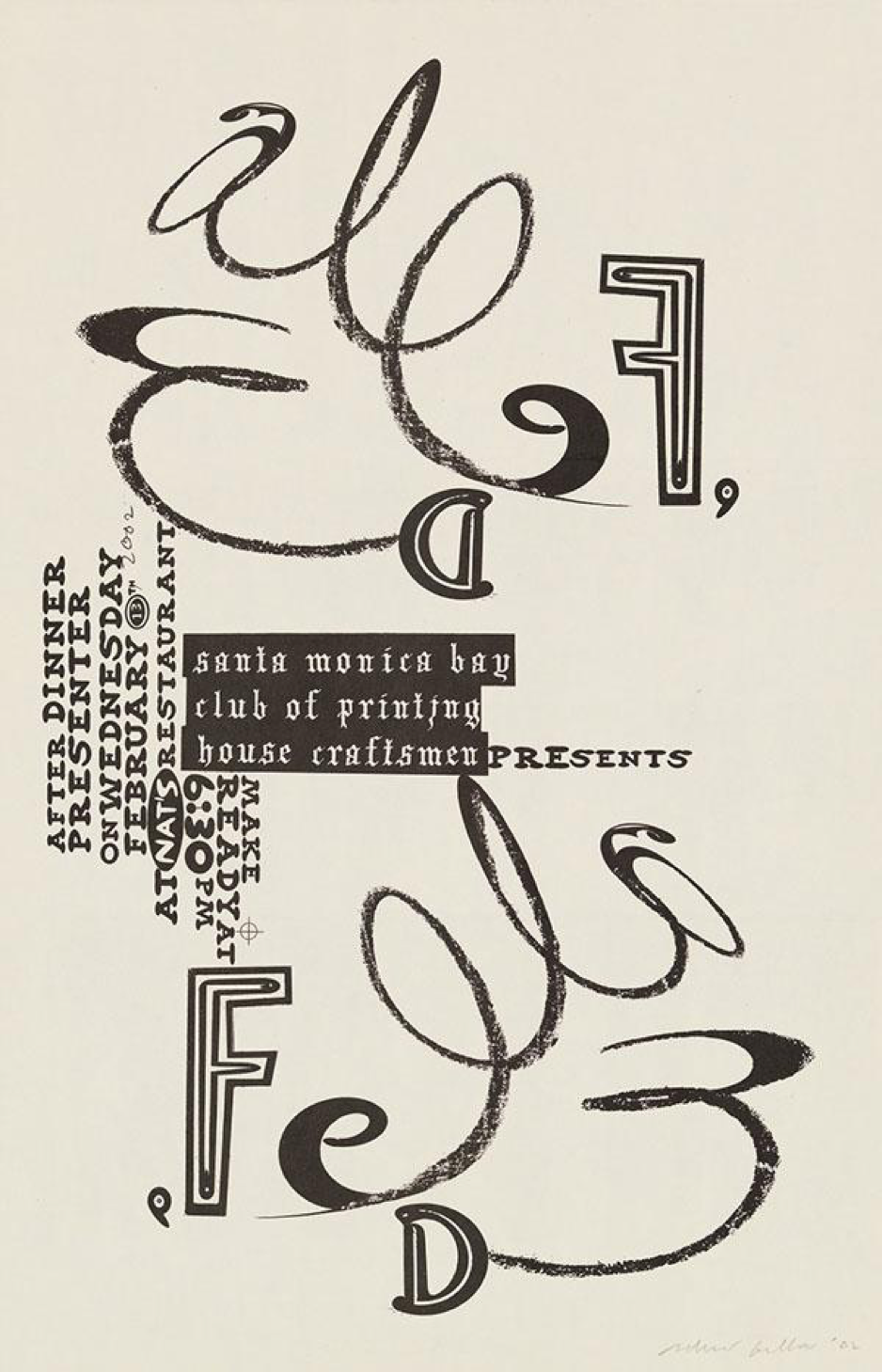 On the surface, it’s easy to categorize his “oeuvre” as exclusively expressive, but his work boils down to teaching tools. Examining his extravagant typography, doodles, or personal work, it’s important to remember the longer you look, the more you see. Idiosyncratic appetites, fragmented histories, lost vernaculars—these subjects are all contexts one could mine and leverage. By spending time around his studio or watching him generate what he calls “exit-level design,” you learned what he was actually doing—persistently creating self-generated work outside the normative “work for hire” context—and how it provides strategies on injecting curiosity and enthusiasm into your own work (personal or professional).

Ed's influence helps you realize that the potential of your education hinges on the ability to simply pay attention to the world around you. There are formal, conceptual, and editorial strategies around every corner; the key is recognizing how to put together the pieces in your own way. 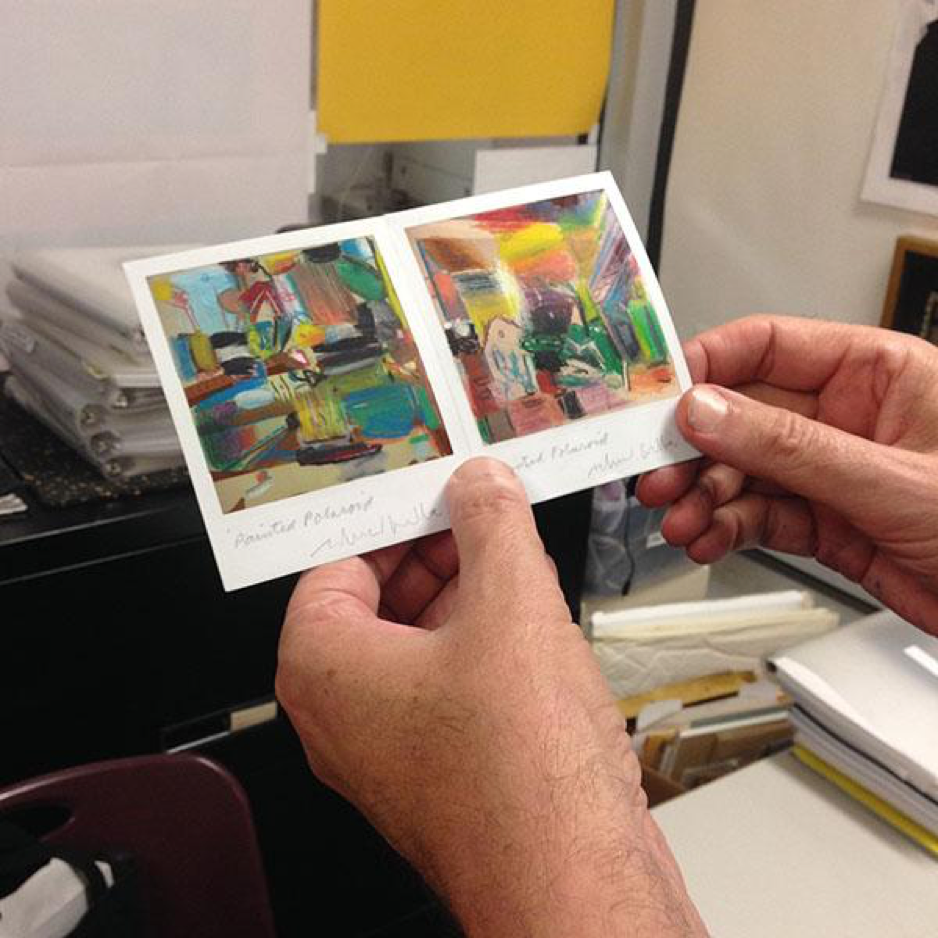 Anyone familiar with Ed is aware of his running joke about retired graphic designers becoming "bad painters," but when he showed me these two pieces in 2016 I had to stop and take a picture.

I was fortunate enough to work with Ed at the California Institute of the Arts from 2010 to 2012. It’s hard to imagine not having him as a teacher, as he’s shaped so much of the way I perceive typography, collage, design history, and visual culture. For some time now, I’ve had a list of Ed’s Cranbrook MFA “one-liners” pinned up to the left of my monitor at my desk at LACMA. Any time I'm spinning my wheels, these cogitative prompts trigger another bit of creative energy. 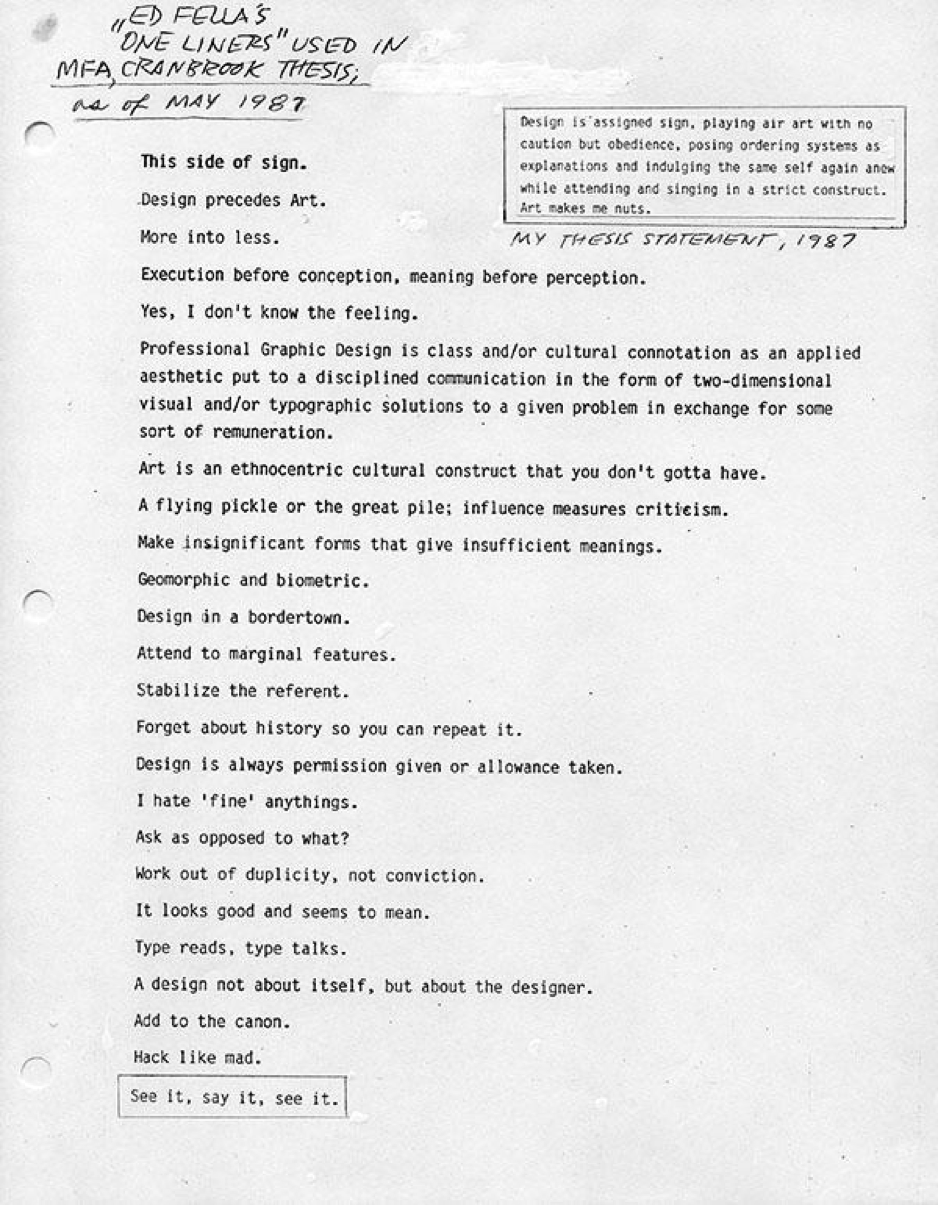 There is no better way to celebrate Ed Fella: Free Work in Due Time than to create typographic experiments. Enjoy these animated expressions based on Ed’s eccentric one-liners, or “ed-itorials.”

[Design is always] permission given or allowance taken.