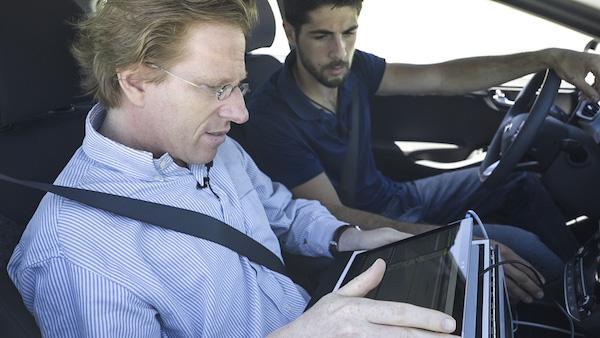 Jonathon Keats and the Roadable Synapse

In 2015, LACMA’s Art + Technology Lab awarded Jonathon Keats a grant to explore how wearable technology could enhance, diminish, or alter the identity of the wearer. The artist worked with Lab advisor John Suh and his team from Hyundai Motor Company to extend his ideas about wearables into the automotive realm. Titled the Roadable Synapse, the project’s first iteration underwent more than two years of research and development before it was realized in the summer of 2017.

Keats began his research for the project by posing the question: “Will the future of transportation be driverless?”

If so, we should expect people to identify less and less with their vehicles, turning over the road to artificial intelligence. However this driverless future is not inevitable. There are technological and cultural reasons why driving may persist. The automotive industry faces persistent challenges ranging from passenger safety to moral responsibility. What if the car of the future is not autonomous?

Keats eschewed the automotive industry’s fascination with the self-driving car, and instead went in the opposite direction. He followed a line of thought suggesting that our identification with our vehicles would intensify, like it has with other personal technologies such as smartphones. To quote the artist:

Cars may increasingly become a part of us, a cognitive and emotional extension of ourselves. They might become as intimate as wearables, driver and car operating as a physically and mentally unified human-machine hybrid. This is a future driven by automotive neuroscience rather than artificial intelligence.

Last weekend, we debuted a short documentary about the project at the Art + Technology Lab.

To learn more about this project and other Lab events visit lacma.org/lab or join our mailing list by sending a message to lab@lacma.org. 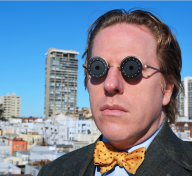