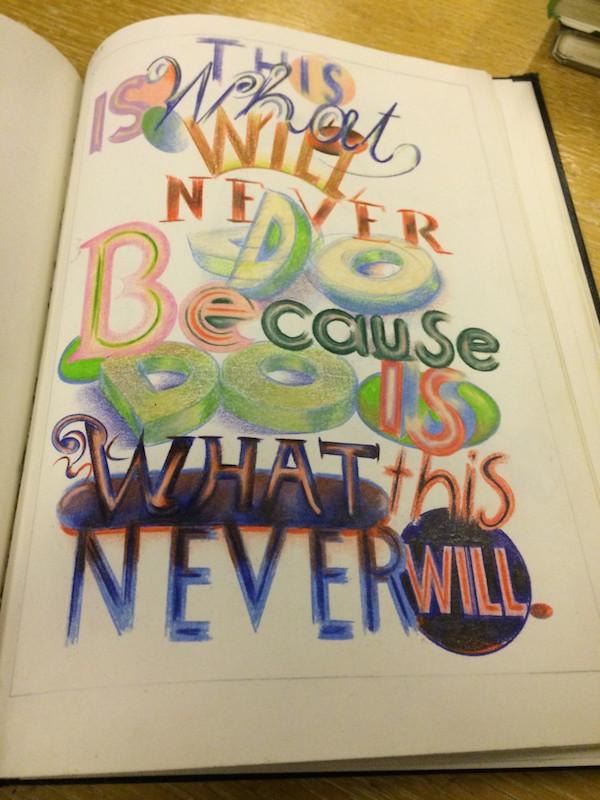 Words and Drawings: The Sketchbooks of Ed Fella

The graphic art of Ed Fella is a merger of two forms of communication, the typographic/idiomatic and the pictorial/illustrative. A single word can inspire a rich panoply of context and hue in Fella’s world, which relates to Fella’s early career working in the advertising industry. Playful arrangements of words in seemingly nonsensical statements often, oddly enough, transform into sentences that suggest a nuanced and important meaning—a common Fella device. Although art is key to the drawings, the addition of language is also central to the artist’s sketches. His works are the result of a finely tuned combination of words that interlace with the intricate forms of detailed drawing and vibrant color. A word might be manipulated by a deliberate misspelling that phonetically replicates the word, but suggests something else. Fella creates his drawings through the studied application of prismatic colored pencils and a precise handling of ink and graphite that translates his ideas onto the paper. Although there are no formal titles, the texts interwoven into each drawing provide a platform for the viewer’s imagination to take flight. 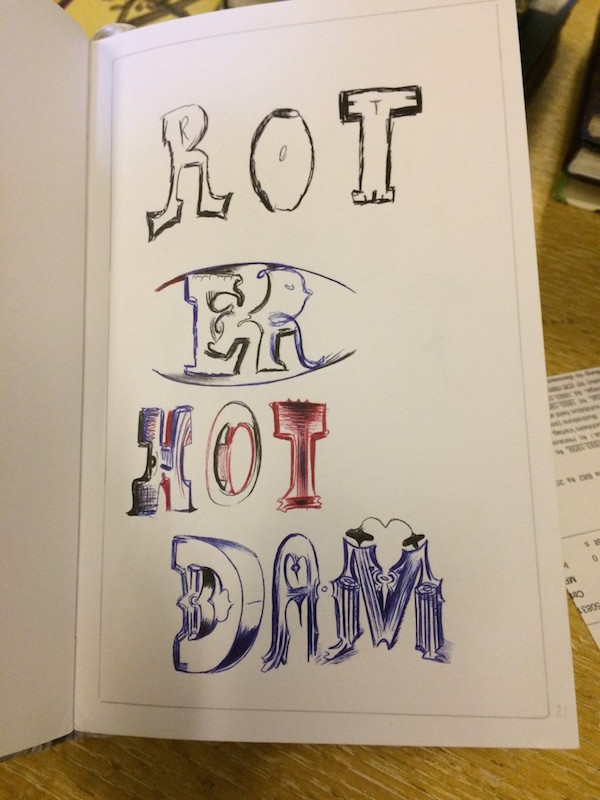 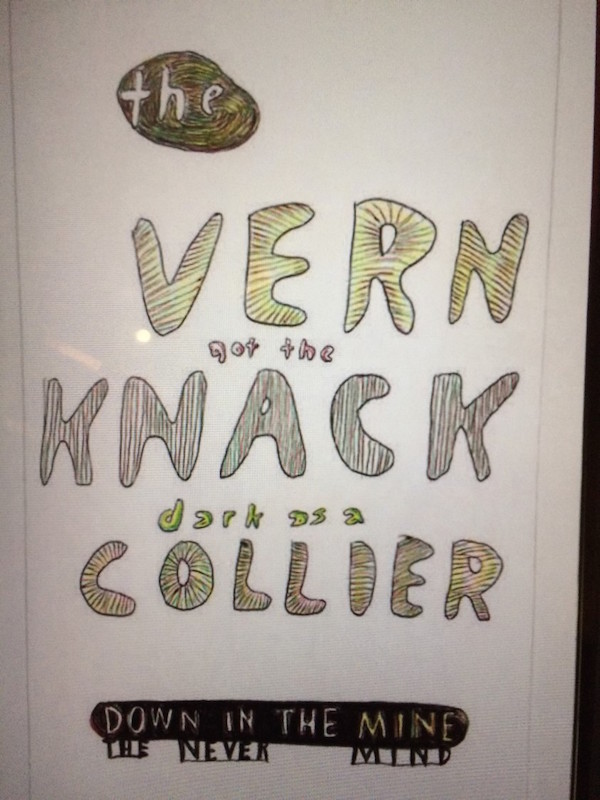 Fella’s sketchbooks—which he started to produce in 1988 and continues to create today, now number over 100 volumes. The left side of the open sketchbook usually includes a faintly penciled thought, word, poem, or sentence. This is complemented on the facing right page by the integration of the actual lettering within an illustrated composition that is created with graphite pencil, ballpoint pen, and colored pencils, which add saturated shades and tones from throughout the spectrum. Occasionally, collaged cut-outs from other media sources are added by Fella to his drawings. 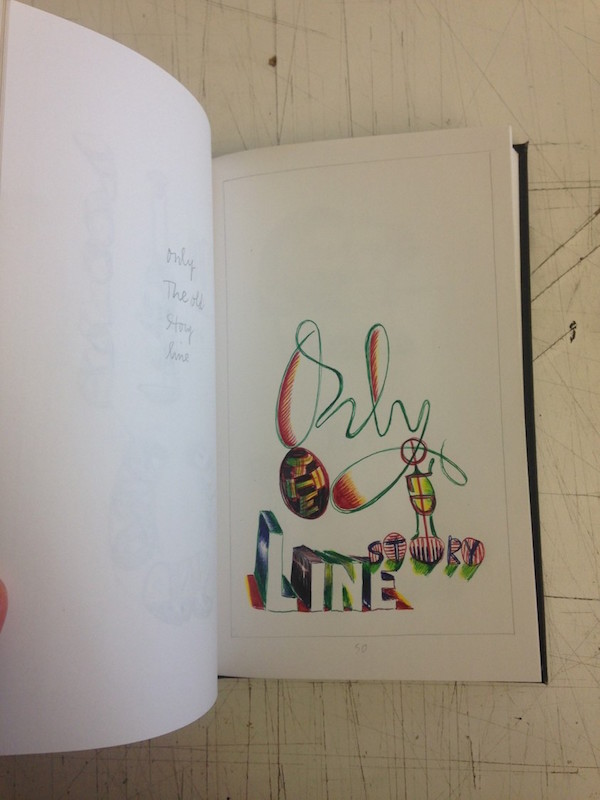 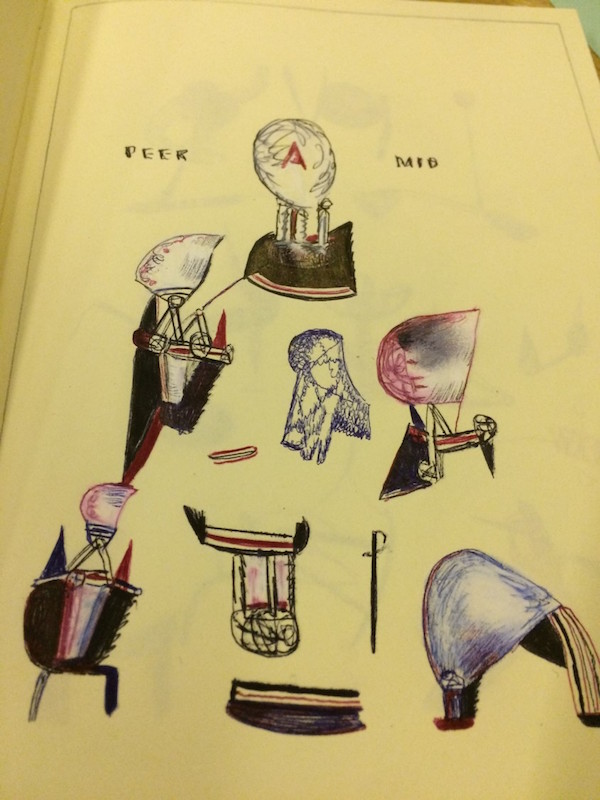 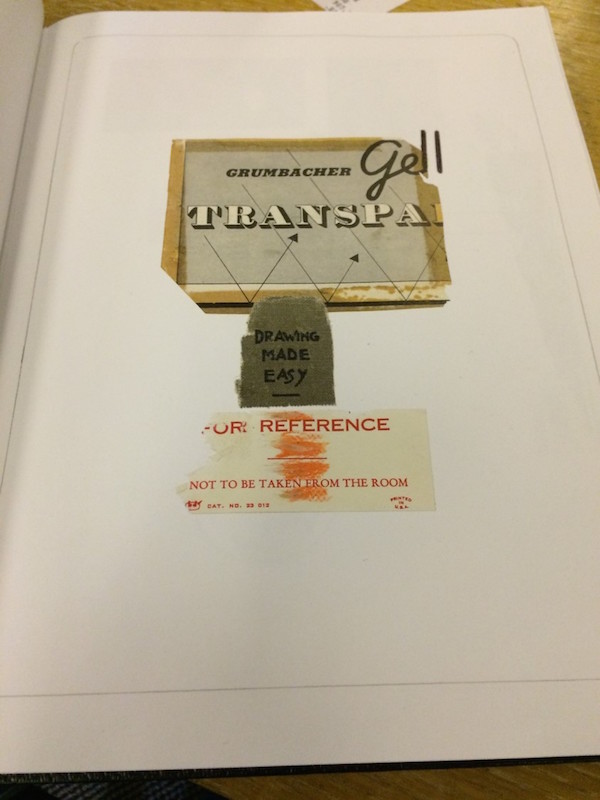 In working with LACMA colleague Staci Steinberger on organizing the installation of Ed Fella: Free Work in Due Time (on view in the Art of the Americas Building, Level 3 through October 29), my favorite part of the planning process involved leafing through dozens of these sketchbooks in order to “discover” an illustration in combination with wordplay that, in our opinion, was the best to display in our installation. Of course, this exercise was entirely subjective. Preferences were formed by our own interests and reactions. For example, in looking at the drawing below, I feel that Fella hints at the flip side of a compliment. One can read this as “All sorts of things are thanking us;” but it could conversely be understood as a highly critical observation: “All sorts of things are tanking [the] U.S.” Further emphasis for a reading of the last word as “U.S.” rather than “us” is posited by the patriotic red, white, and blue design that make up the letters in shapes that look like an insignia. The switch from “things” to “thinks” also offers a more intellectual riddle, that other minds, or “thinks” are either “thanking” or “tanking” us [U.S.]. 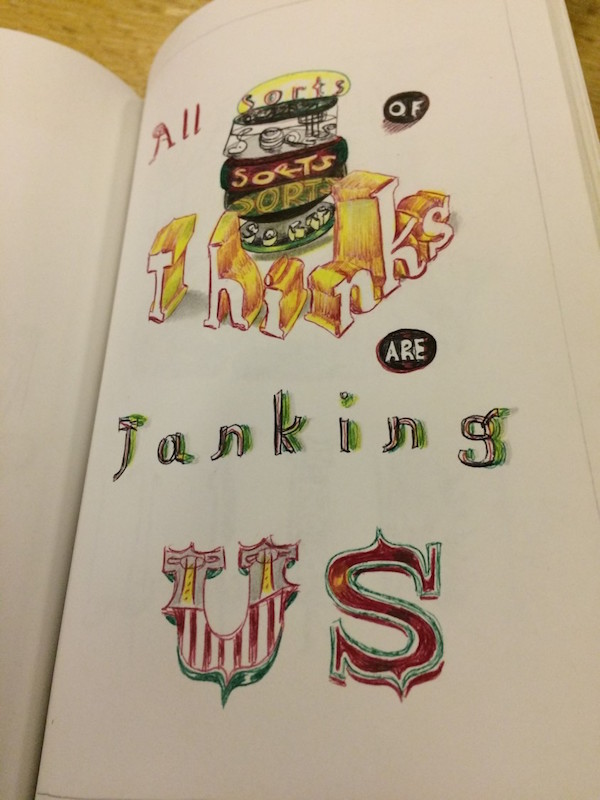 In talking with Ed Fella, one never knows how the conversation might meander or segue into something completely different than when the discussion first began. As former Fella student David Karwan wrote about in another blog about his mentor, the most significant learning was garnered from Fella’s wise words and metaphors, the organic springboards for thoughts and ideas that developed from simply shooting the breeze. In looking at the figure in this drawing and reading the words that Fella incorporates into the design, I’m not sure what it all means, but my eye is drawn to the beautifully rendered plummeting shoe and a sense of “waiting for the other shoe to drop”—an unwanted yet inevitable outcome suggesting doom, despite the jovial demeanor of the scampering figure who has words bursting out of his eyes, ears, mouth, and fingertips as he runs out of the composition. I get the feeling the figure has already seen, heard, and said too much for his own good, in Fella’s estimation. 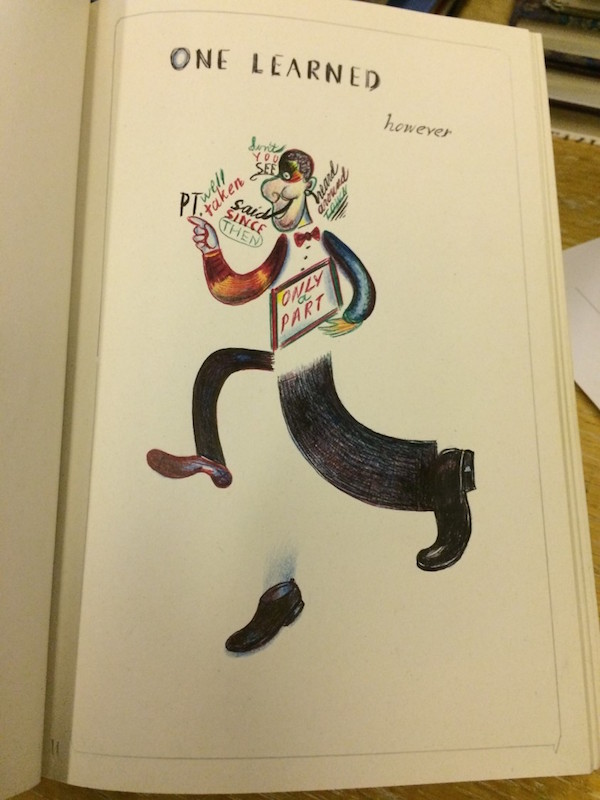 The nature of doodling usually results in scribbles that are not particularly interesting or enlightening to anyone but the creator of these random jottings. Fella’s proclivity to make a page come alive with lettering that can either shout or whisper, hesitate or charge ahead, transforms mere doodling into a work of art. When wordplay is at the core of Fella’s doodles, without pictorial references to either complement or camouflage the actual lettering, the words become a mantra. This final page in one of Fella’s sketchbooks offers the artist’s graphic conquering of horror vacuii through an obsessive determination to fill every nook and cranny, so to speak, with the objective essence of being the last sheet in this book. 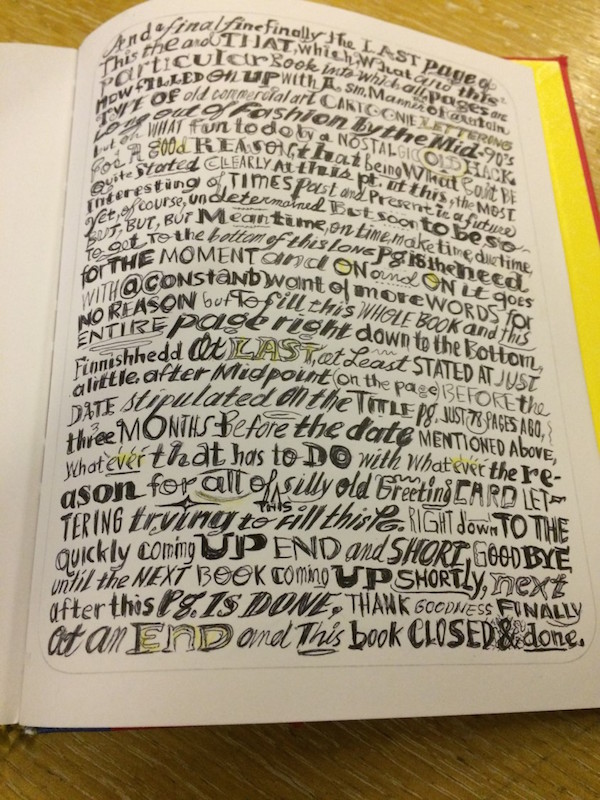 Given my own familiarity with German, I especially enjoyed how Fella often employs German words—or riffs on them—in his sketches, referencing his upbringing in a German-American household in Detroit…”und den war es so” (and so it was). A simple spelling out of numbers from one to ten in German displays Fella’s mirthful glee as he voices the German words for certain numbers and represents them with English words that phonetically sound like the German words, but which mean something entirely different in English. “Four” is “Vier” (or “Fear”); “Six” is “Sechs” (or “Sex”); and “Eleven” is “Elf" (which remains “Elf” but conjures in our minds an image of a fairy tale creature, not a number). Fella’s role as creator of these drawings with words may highlight some Germanic Brothers Grimm angst, but in viewing them, we share in the artist’s delighted imagination that expresses itself with no limitations. 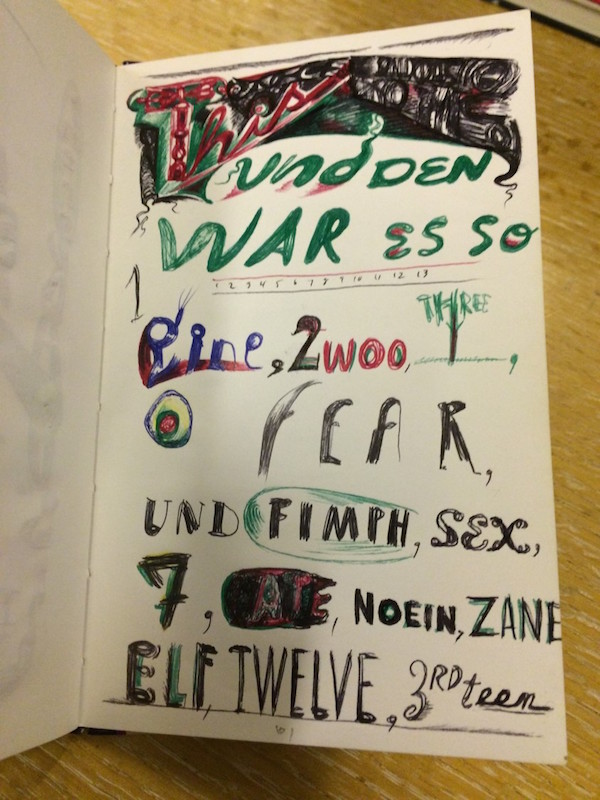