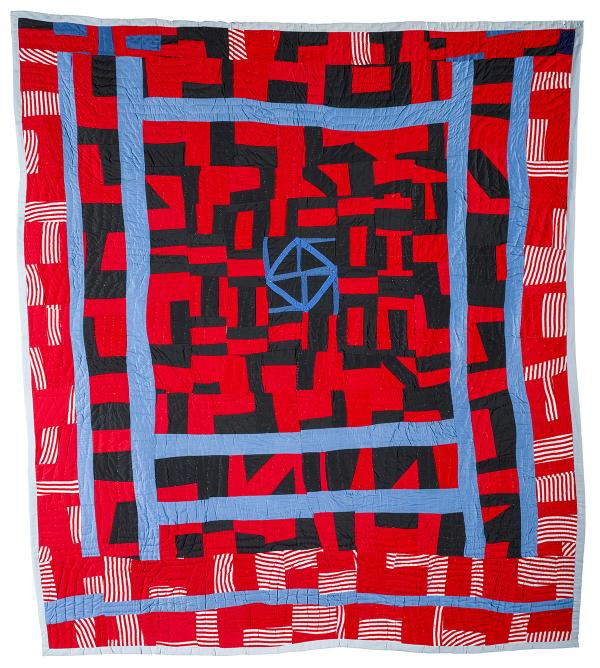 This past weekend was LACMA's 33rd Collectors Committee, one of the museum's most significant fundraisers that helps acquire important works of art for LACMA's encyclopedic collection. The 81 generous voting members of Collectors Committee raised over $2.4 million during this year's event to acquire eight works of art. Below is a complete list of works acquired through the 2019 Collectors Committee, in the order in which they were acquired. This week we will be featuring a series of short essays on each of these acquisitions. 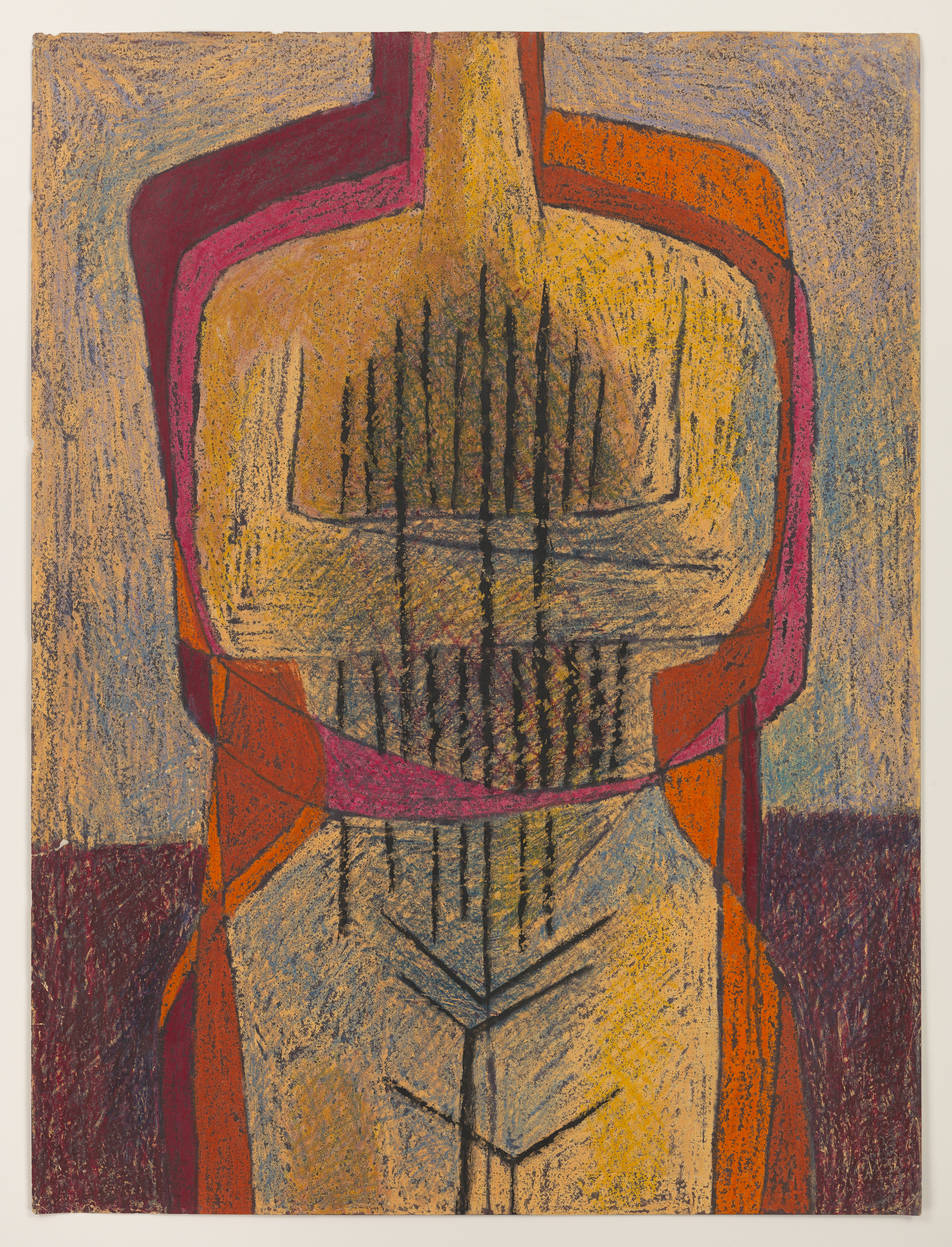 Throughout her career, Luchita Hurtado (b. 1920) has experimented with a range of styles, forms, and materials; and though her subjects have ranged over the years, one of the consistent motifs she has regularly returned to is the human figure. An important early work by the artist, Untitled (c. 1951) is an exquisitely rendered crayon and ink drawing. In its formal composition, Untitled appears to reference the folded arm figurines characteristic of Cycladic art made between roughly 3300 and 2300 BCE. Whereas Cycladic figures were typically produced in marble, with expressionless faces and simplified bodies, Hurtado omits the head and legs of the figure in her drawing, and enlivens the form through her dynamic use of layered, contrasting colors of water-resistant crayon with washes of ink—a technique that allows the intensity of her mark-making to come into sharp focus. 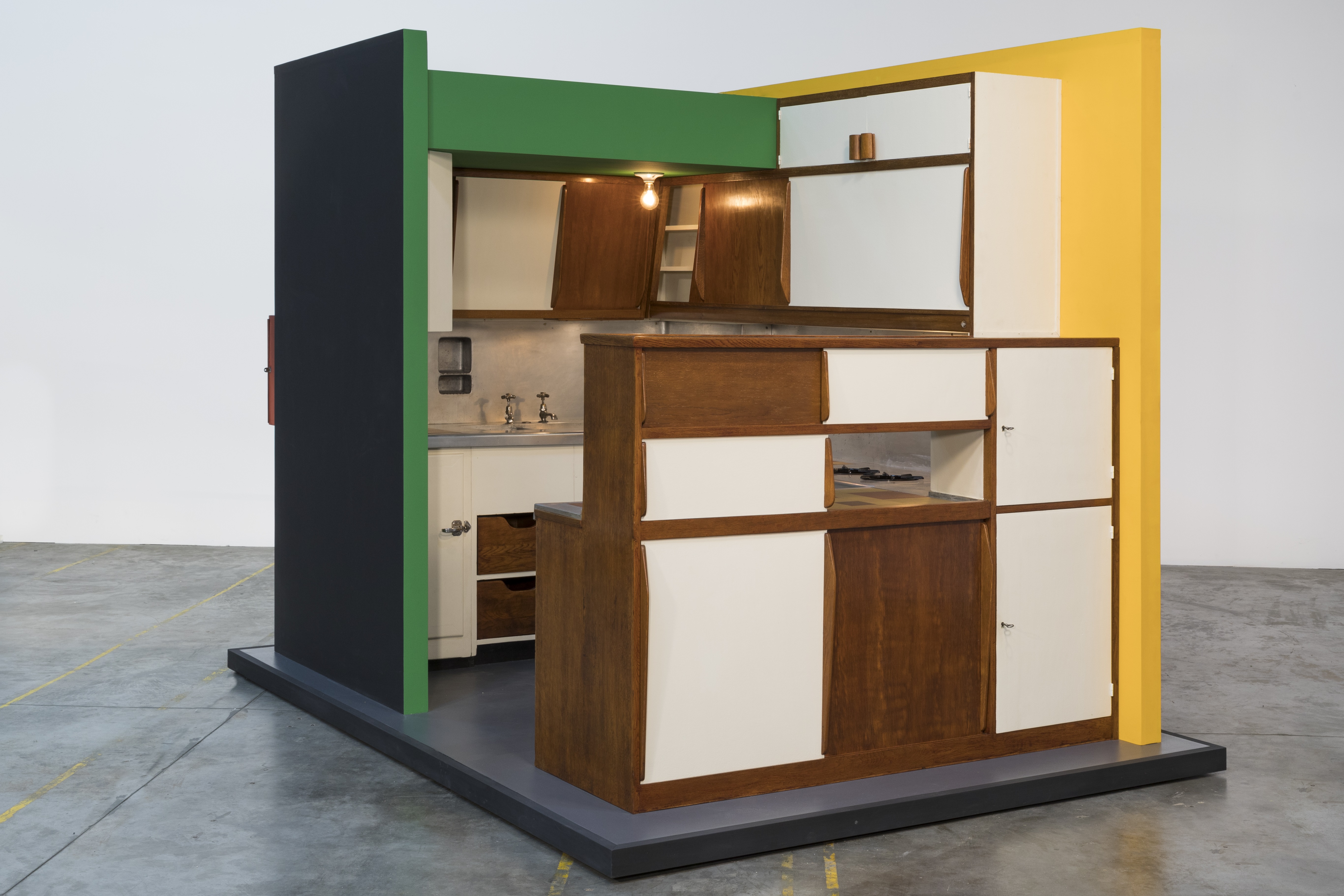 Completed in 1952, the Kitchen for an apartment in Le Corbusier's Unité d’Habitation was designed by Charlotte Perriand (1903–1999). Le Corbusier’s Unité d’Habitation in Marseille is among the most important housing developments in post-war Europe. Based on ideas for a modern, labor-saving space, the kitchens for this “Radiant City” were modular, with built-in cabinets and advanced features for the time: an electric stove with an oven and fume hood, a sink with an integrated waste disposal unit, and work surfaces covered with aluminum sheeting (a new industrial material) to facilitate cleaning. Perriand also designed a “kitchen-bar” for the space, providing integration with the living areas. As she declared, this open counter with sliding doors below “allowed the mistress of the house to be with her family and friends while she was cooking.” LACMA is one of only two museums in the U.S. to have a kitchen from the Unité housing project. 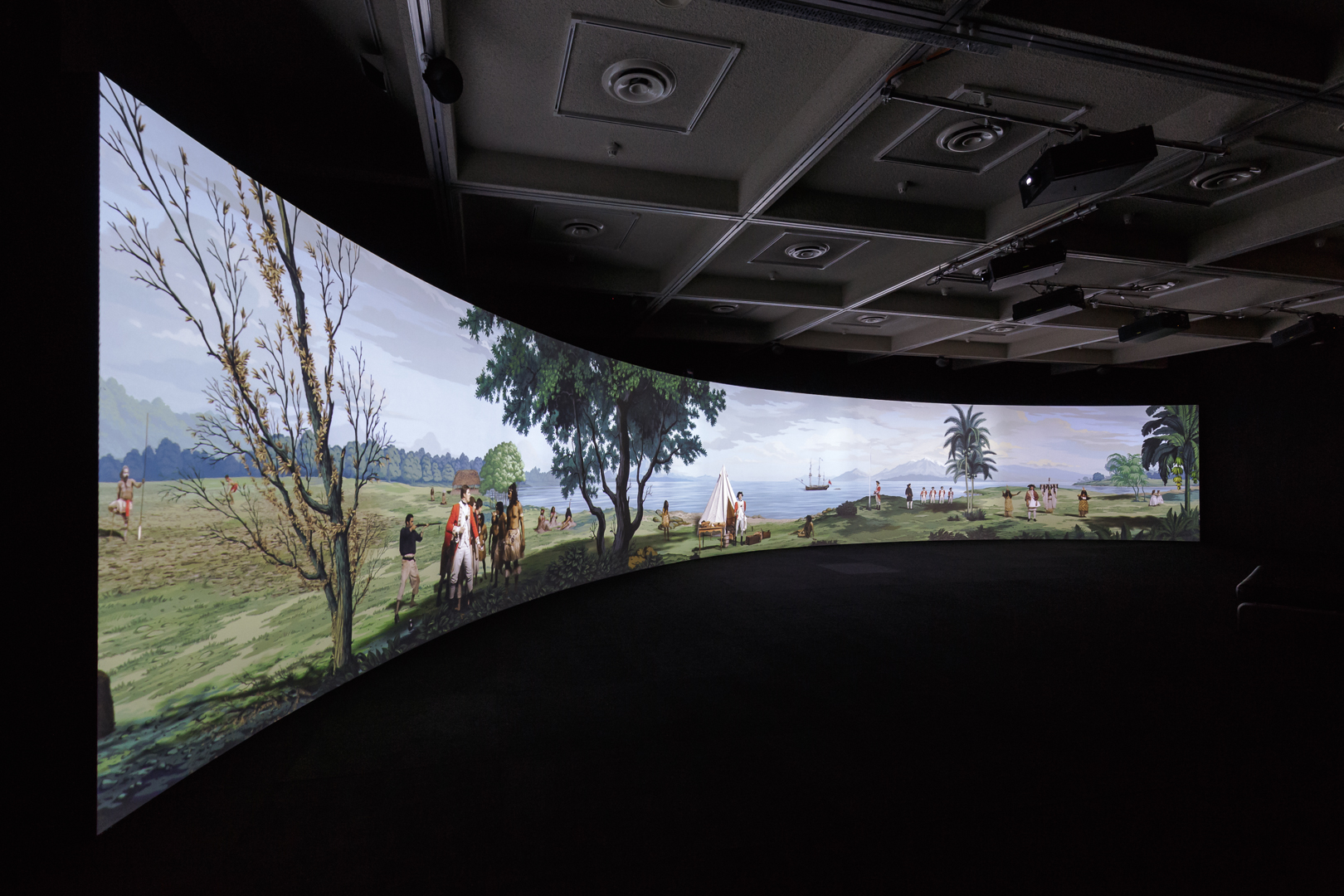 In 1769, Captain James Cook arrived in Tahiti to observe the path of the planet Venus across the sun as part of an attempt to measure the distance of the sun from the Earth. Lisa Reihana (b. 1964), a New Zealand artist of Maori heritage, uses the framework of this story for her video installation in Pursuit of Venus [infected], the format of which is based on Les Sauvages de la Mer Pacific, a 20-panel scenic neoclassical wallpaper designed by Jean-Gabriel Charvet and printed by Joseph Dufour in the early 1800s. To create her work, Reihana staged a series of 80 theatrical vignettes performed by representatives of various areas of the Pacific. Using the exaggerated desire for exoticism seen in the 19th-century panoramas, Reihana restages her own view of the Pacific—displacing the colonial/explorer view and replacing it with indigenous agency, guiding her actors to reimagine notions of power, gender, and representation. 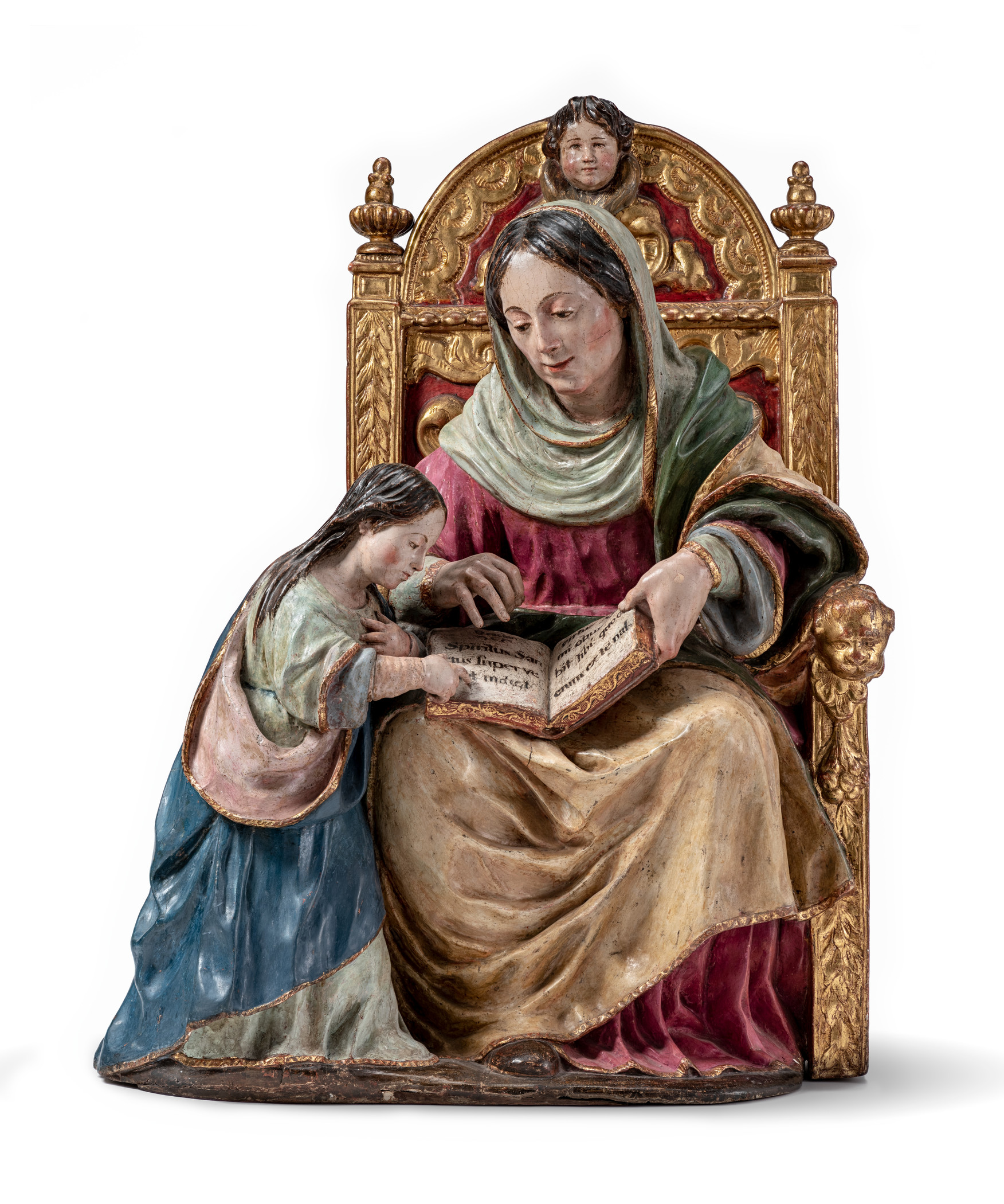 Luisa Roldán’s (1652–1706) wood sculpture The Education of the Virgin depicts the elder St. Anne tenderly teaching the young Virgin Mary in anticipation of the girl’s future as the mother of Christ. With the Bible turned toward the deeply engaged child, the scene illustrates Mary’s early commitment to religious study. The intimate composition, created in the early 1680s, is also a focused portrayal of female intellect, and more specifically, of female literacy, a rare attribute reserved for only a small fraction of the population at the time. The familial transmission of knowledge, however, was not unusual, nor an exception for the eminent Roldán, the most significant female sculptor of 17th-century Spain. 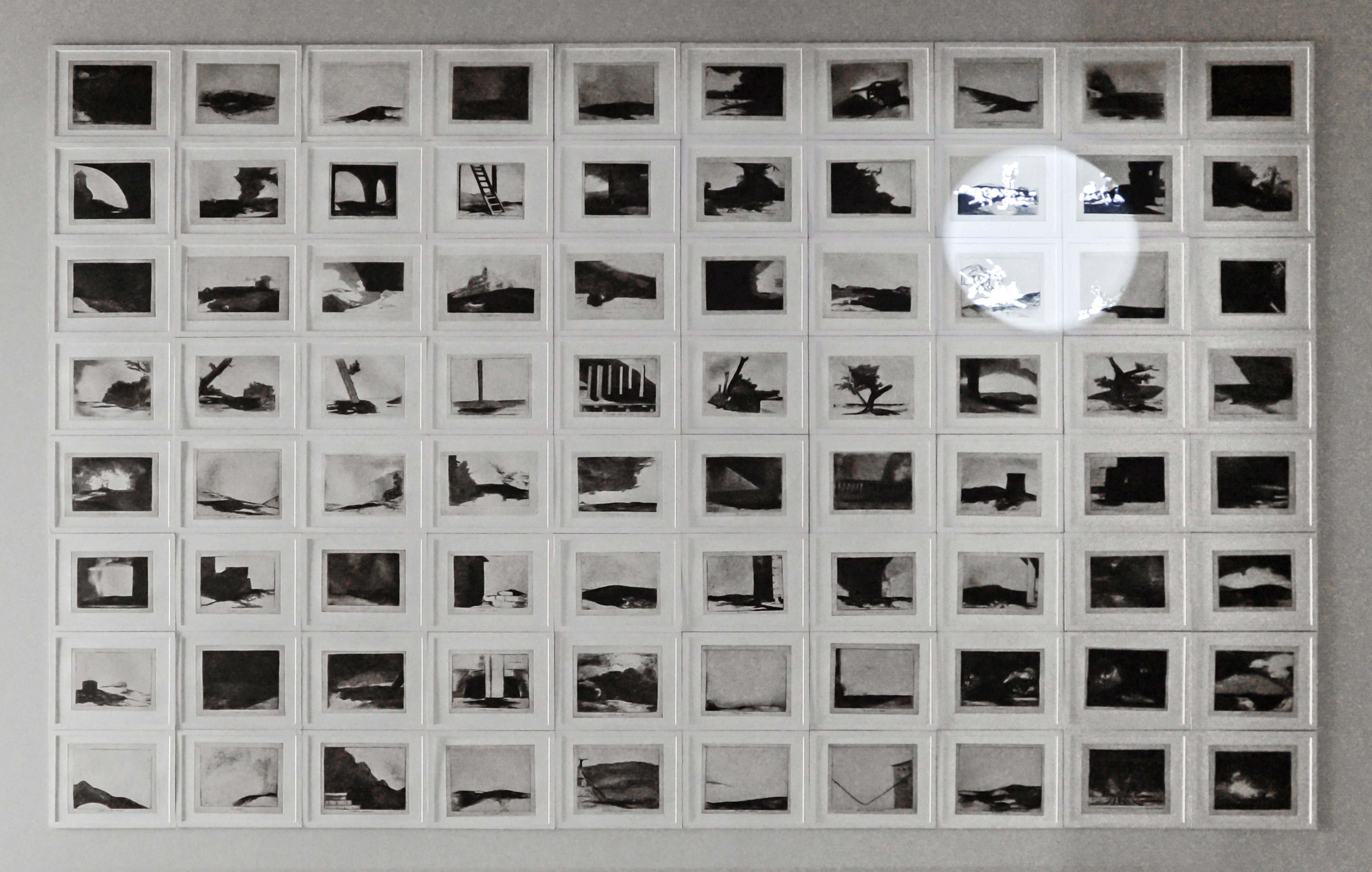 Farideh Lashai, When I count, there are only you…, But when I look, there is only a shadow, 2012–13, projection of animated images on a suite of 80 original photo-intaglio prints, gift of the 2019 Collectors Committee, © Estate of Farideh Lashai

Farideh Lashai’s (1944–2013) When I count, there are only you...,But when I look, there is only a shadow (2012–13), its title alluding to T.S. Eliot’s poem “The Waste Land,” was inspired by Francisco de Goya’s print series the Disasters of War (1810–20). Goya’s work is a suite of 80 aquatint plates in which he depicted mutilation, torture, rape, and other atrocities—committed by both the French and Spanish during the Peninsular War (1808–14). Created 200 years later, When I count, there are only you…, is a contemporary take on Goya’s grim message in which the remade prints were stripped of their figures. Devoid of their actors, each print becomes an empty stage onto which Lashai, through a spotlight-like video projection, reinserts the now-animated figures. Set to the soundtrack of Chopin’s “Nocturne 21 in C minor,” the prints and projection slip in and out of carnage, perhaps a reminder of the long Iranian war with Iraq (1980–88), which Lashai experienced firsthand. 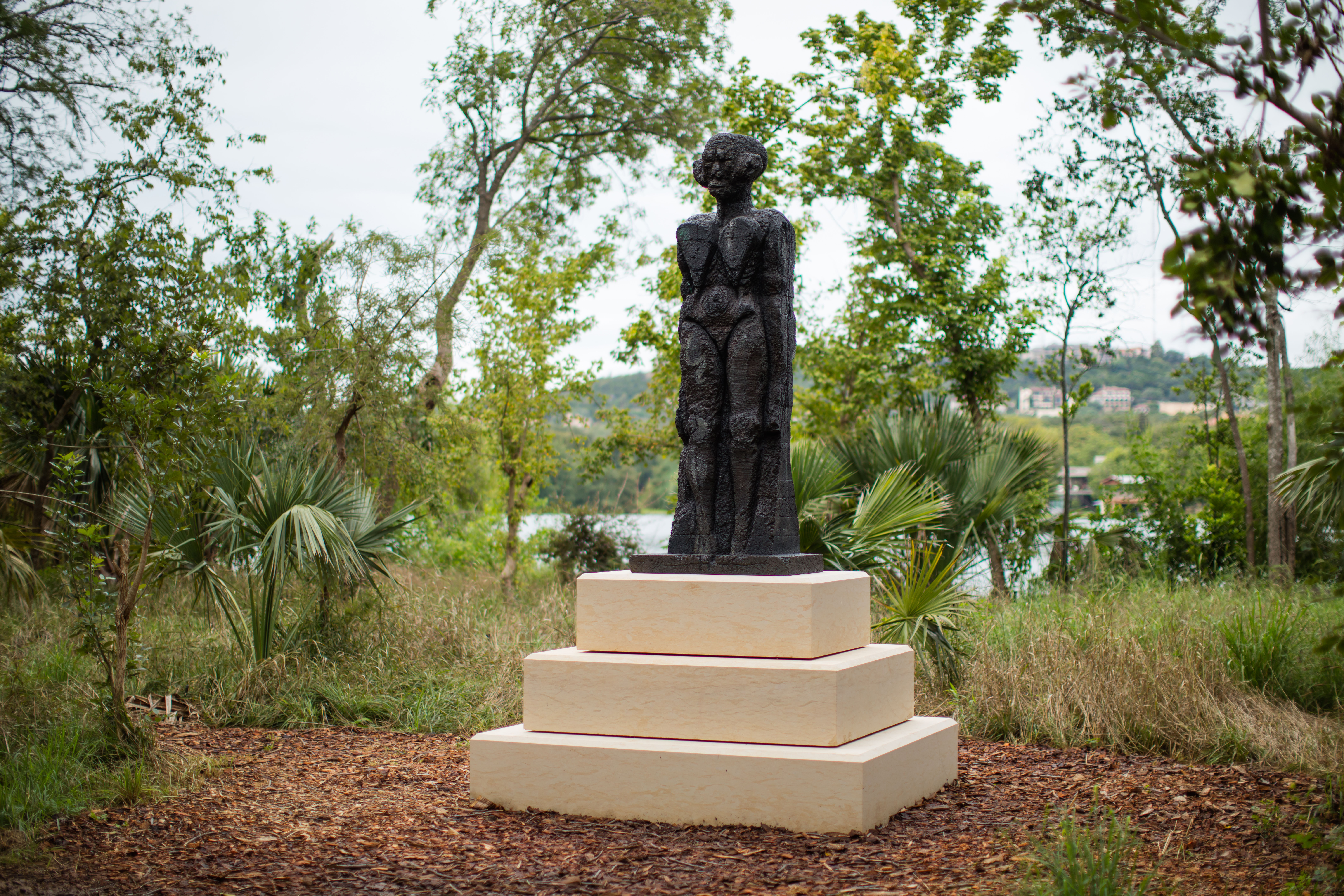 God of Some Things (2011) is one of artist Huma Bhabha’s (b. 1962) two large-scale bronze sculptures that flanked the entrance to her first solo museum exhibition at MoMA PS1 in 2012. The sculpture highlights Bhabha’s interests in figurative sculpture and direct carving; the patinated bronze is cast from molds made from an original hand-chiseled piece of cork. Texturally, the sculpture gives the appearance of lightweight cork, and plays against the viewer’s expectation of the heft and permanence of bronze. The columnar figure is ambiguous in many respects: female or male, god or human, ancient or modern. Bhabha’s sculptures have been described as artifacts from the future, as they could be the ruins of an ancient civilization or the creative outgrowth of an epoch yet to come. 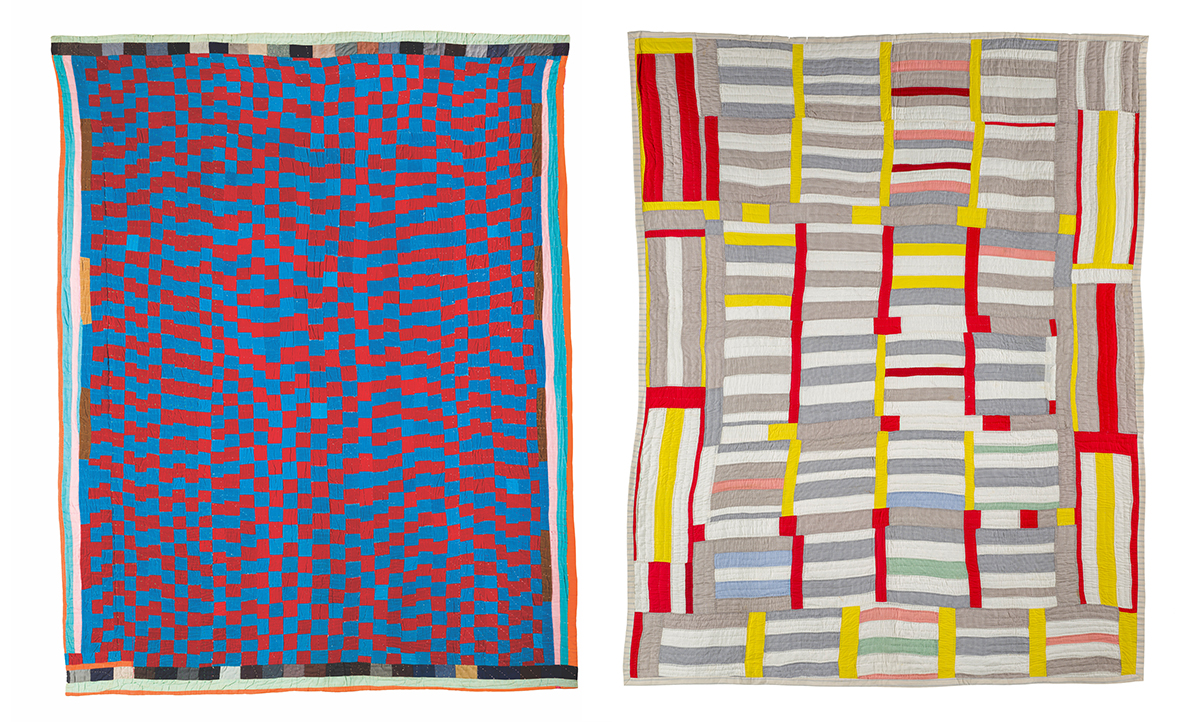 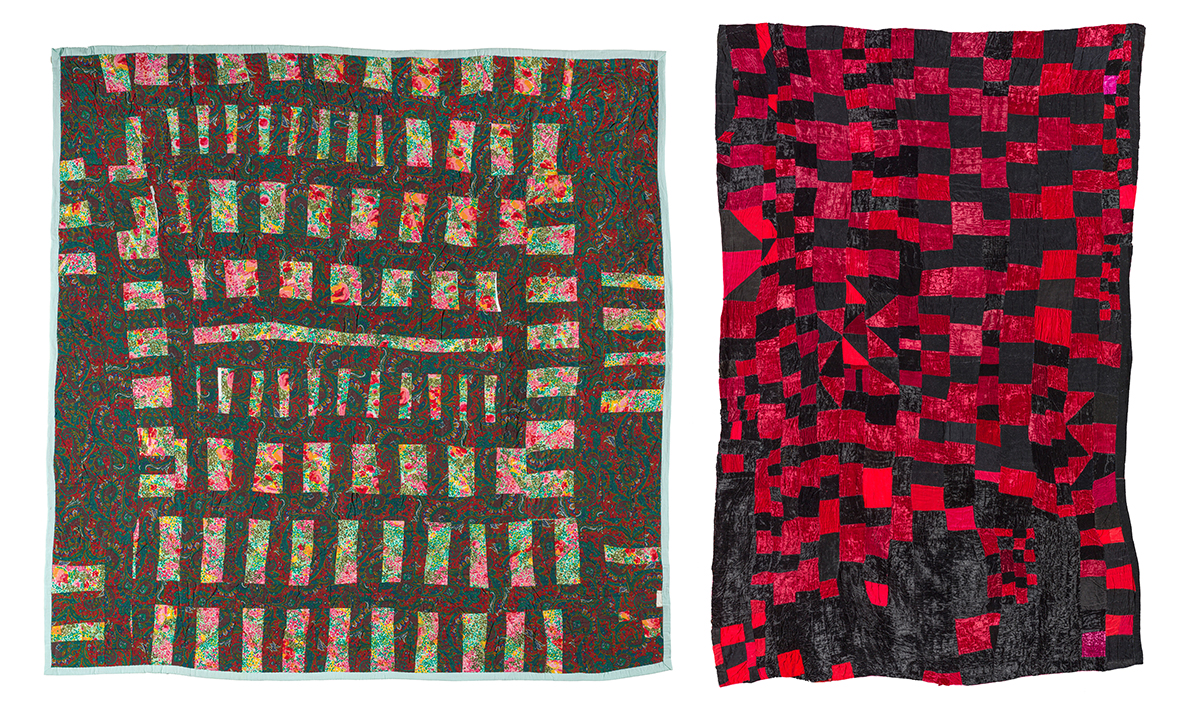 The five extraordinary African-American quilts in this collection, including Mary Lue ("Mother") Brown’s (1891–1979) Hit and Miss (1945); Effie Jackson’s (1899–1989) Double Strip (early 1940s); Laverne Brackens’s (b. 1927) Strip (1992); Sherry Byrd’s (b. 1951) Roman Stripe Variations (1989); and Rosie Lee Thompkins’s (Effie Mae Howard) (1936–2006) Hit and Miss Strip (1983), share salient design qualities which often distinguish Afro-traditional quilts from conventional Euro-traditional quilts. Each of the artists chose fabric (often factory scraps or recycled fabric and clothing) that they cut and pieced (usually without measuring) and stitched into original creations, frequently working without a predetermined design in mind. Structural features included the use of strips of fabric to create a larger textile, similar to the handwoven bands stitched into kente prestige cloths for the Ashanti and Ewe elite; bordering systems that favored non-four-sided arrangements found on many African ceremonial textiles; and improvisational designs that unwittingly made cultural aesthetic connections with West and Central African rhythms of music, dance, and art. 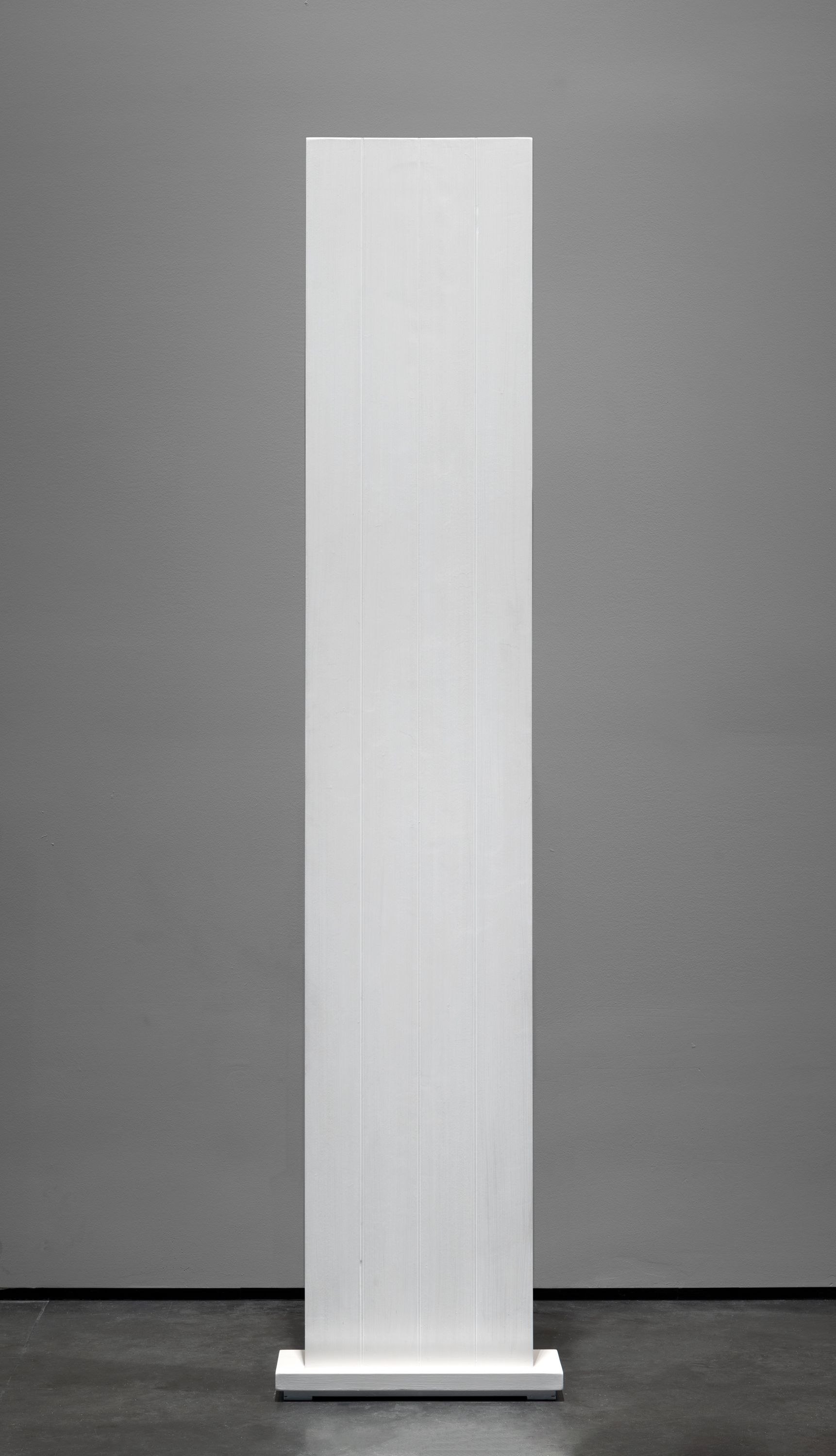 Anne Truitt (1921–2004) was one of the most original sculptors to emerge in the U.S. in the early 1960s. Her groundbreaking 1962 sculpture White: Four is a pristine example of early minimal type sculpture. Inspired by white picket fences at her childhood home on the Maryland shore, this painstakingly hand-painted sculpture sits directly on the floor. Unlike other minimal artists who eliminated any personal surface marks in favor of outsourced and machine made forms, Truitt’s practice was always studio based and finished by hand.