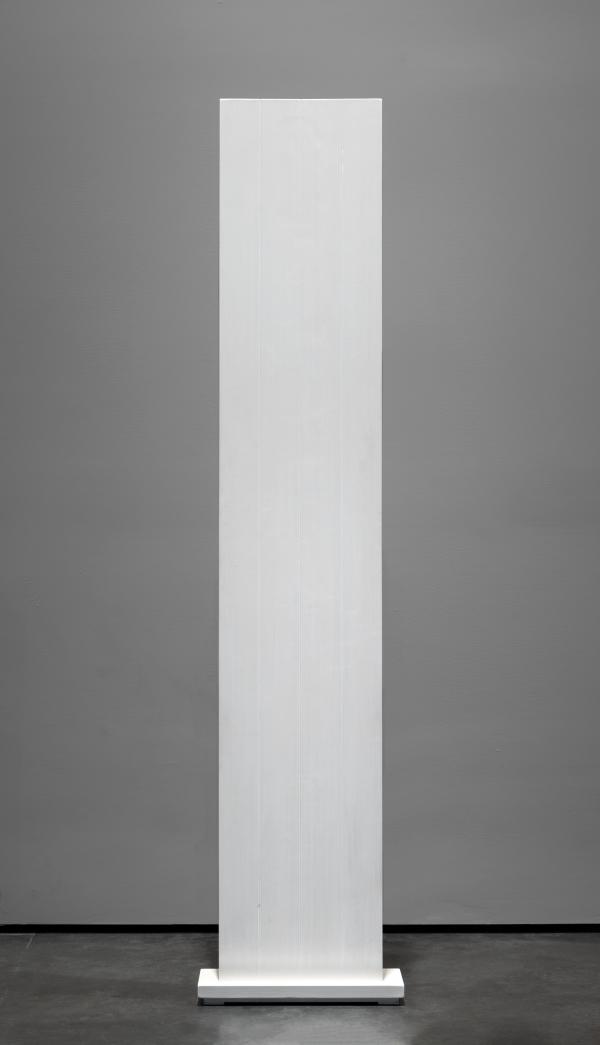 Anne Truitt was one of the most original and important sculptors to emerge in the United States in the early 1960s. She was championed early in her career by critic Clement Greenberg, curator Walter Hopps, and artists David Smith and Kenneth Noland. Often linked to the Minimalists, Truitt developed her pared down sculptural forms independently but contemporaneously with artists Donald Judd and Robert Morris. Her work was included in groundbreaking exhibitions bringing attention to emerging minimalist art—Black, White and Gray at the Wadsworth Atheneum, Hartford, Connecticut (1964), Primary Structures at the Jewish Museum, New York (1966) and LACMA's American Sculpture of the 60s (1967). In each, she was one of only three or four women included among dozens of male artists. As an artist working outside of New York, and as the mother of three and the wife of the vice president of The Washington Post, Truitt’s commitment to her practice required diligence and resolve to overcome tremendous odds in a New York-based art world that was highly competitive and dominated by male artists.

Truitt’s first reductivist sculpture, made in 1961, was appropriately titled First. Constructed of painted wood, it resembled a picket fence. Within a year she began a series of works in which she abandoned the notion of figuration, and each work consisted of different sized planks in white or dark green. White: Four is deceptively simple. The front of the seven-foot-tall sculpture contains incised lines, modulating its face into four separate segments, all equal in size and width. Truitt painstakingly applied multiple layers of acrylic paint to the wood surface of this totemic sculpture in order to achieve her particular surface. Truitt’s practice always remained exclusively studio-based. Her hand-painted approach is one of the characteristics that differentiates her work from that of artists like Judd and Morris, who eliminated any personal surface marks in favor of outsourced, machine-made, and industrially produced forms.