In 2011, the Decorative Arts and Design department received an unexpected call from the son of Hy Farber. Farber, a 90-year-old designer and artist, had recently seen LACMA's exhibition California Design, 1930–1965: “Living in a Modern Way” and had instantly recognized a small 1950 exhibition catalogue that was included in a display on the mid-20th century graphic design community in Los Angeles. The catalogue documented the first exhibition of the Society of Contemporary Designers, an ambitious organization of modernist graphic and industrial designers that promoted the “awareness of contemporary directions in design as related to worldwide standards of quality.” Farber had founded the society and served as its president; members included luminaries such as Alvin Lustig and Saul Bass. Later that year Farber met with the curatorial team, bringing the exhibition to life with his memories. 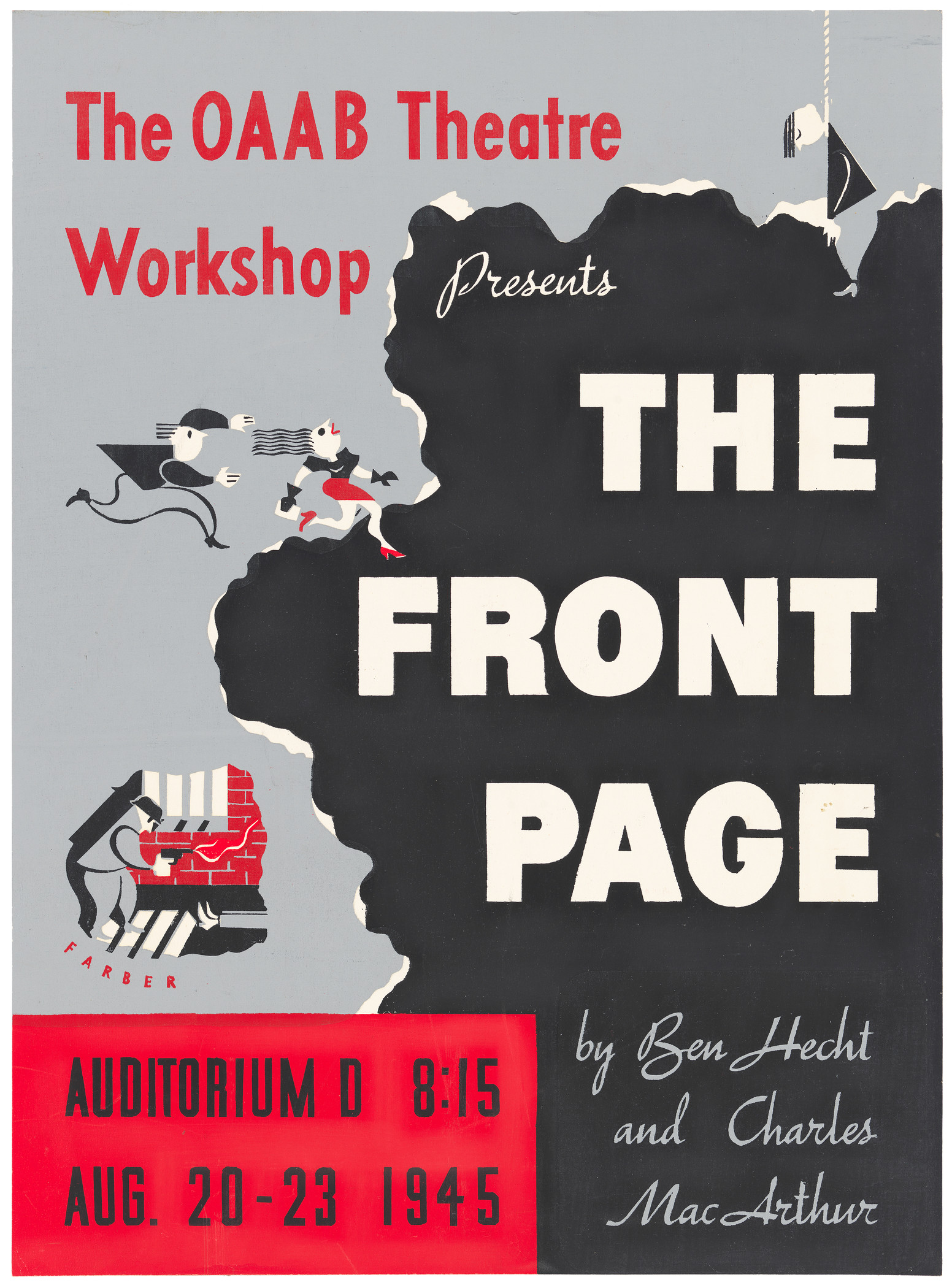 Farber passed away in 2012, and five years later, his family donated a selection of his posters, brochures, letterheads, and announcements to the museum. This treasure trove of mid-century graphic design captures the buoyant spirit and progressive aspirations of post-war Los Angeles, as well as documenting Farber’s individual talent and career trajectory. A Polish immigrant raised in New York, Farber pursued what was then called commercial art at a young age, studying at a free W.P.A school before taking evening classes at the Pratt Institute. He earned an early position at the liberal newspaper PM, eventually working his way up from a layout man to staff artist. The earliest work in the collection comes from his World War II service in the army, where he deployed his artistic skills to create posters, art direct magazines, and design stage sets for army productions. 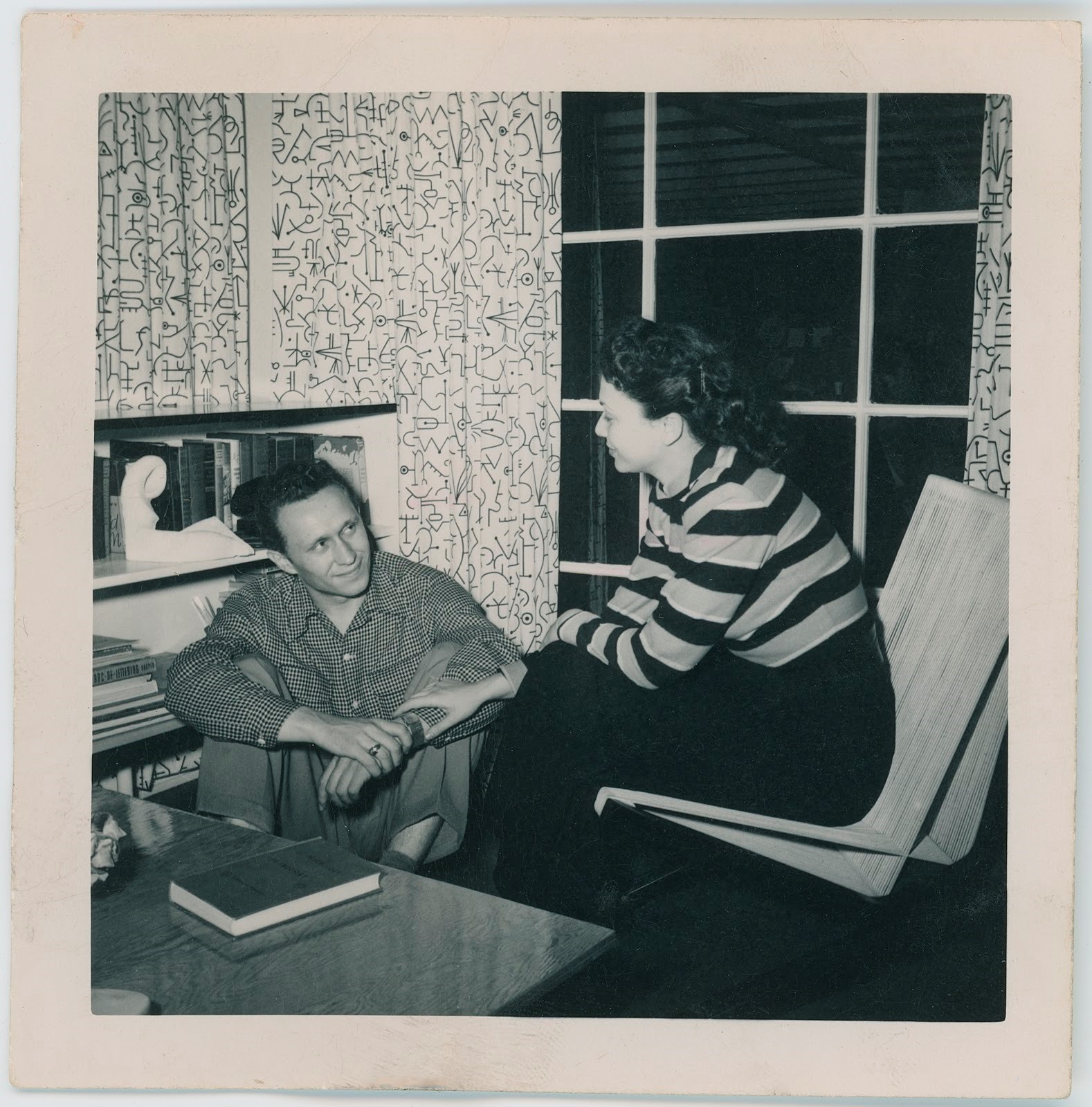 Hy and Rose Farber in their home, 1950s, courtesy of Don Farber. The curtains are made with Incantation, a c. 1947 design by Alvin Lustig.

After the war, Farber moved to Los Angeles, using GI Bill funds to study at the Art Center School with Lustig. His studies with the influential designer and educator introduced him to the latest modernist thinking, and as he professionalized his work, he reframed it as “graphic design” rather than “commercial art.” Farber taught first at UCLA and then later at San Fernando Valley State College (now Cal State Northridge), but his primary practice was as a freelance designer. He became deeply immersed in Los Angeles’s closely knit design community, establishing himself as a leader with the founding of the Society of Contemporary Designers. Though short lived, the organization boasted a roster of 300 members and attracted international entries for its first exhibition. 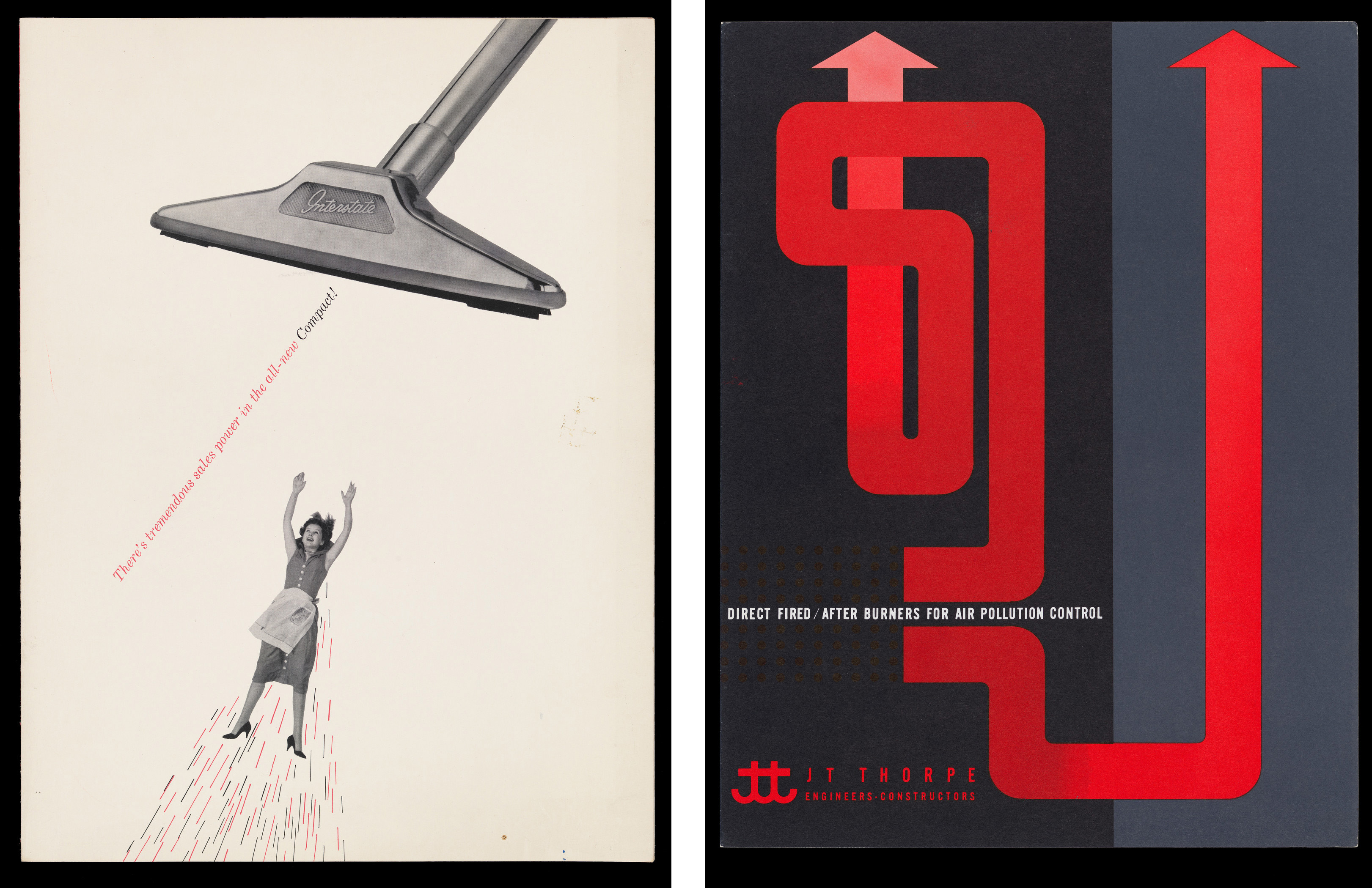 Beginning in 1951, Farber ran his own office, collaborating at times with his wife Rose, a designer and illustrator. Farber attracted clients from a range of industries, from Max Factor cosmetics to furniture stores, construction and building suppliers, and early computing companies. By applying modernist innovations such as abstraction and photomontage to commercial projects, he tapped into the era’s enthusiasm for technological progress. His versatility extended even beyond graphics. Toward the end of his career, he became deeply involved with a new concept for elegant drive-in dry cleaners, earning international recognition in the industry for his store designs. After retiring, he threw his creative energies into wood sculpture, transforming his home into an art studio. 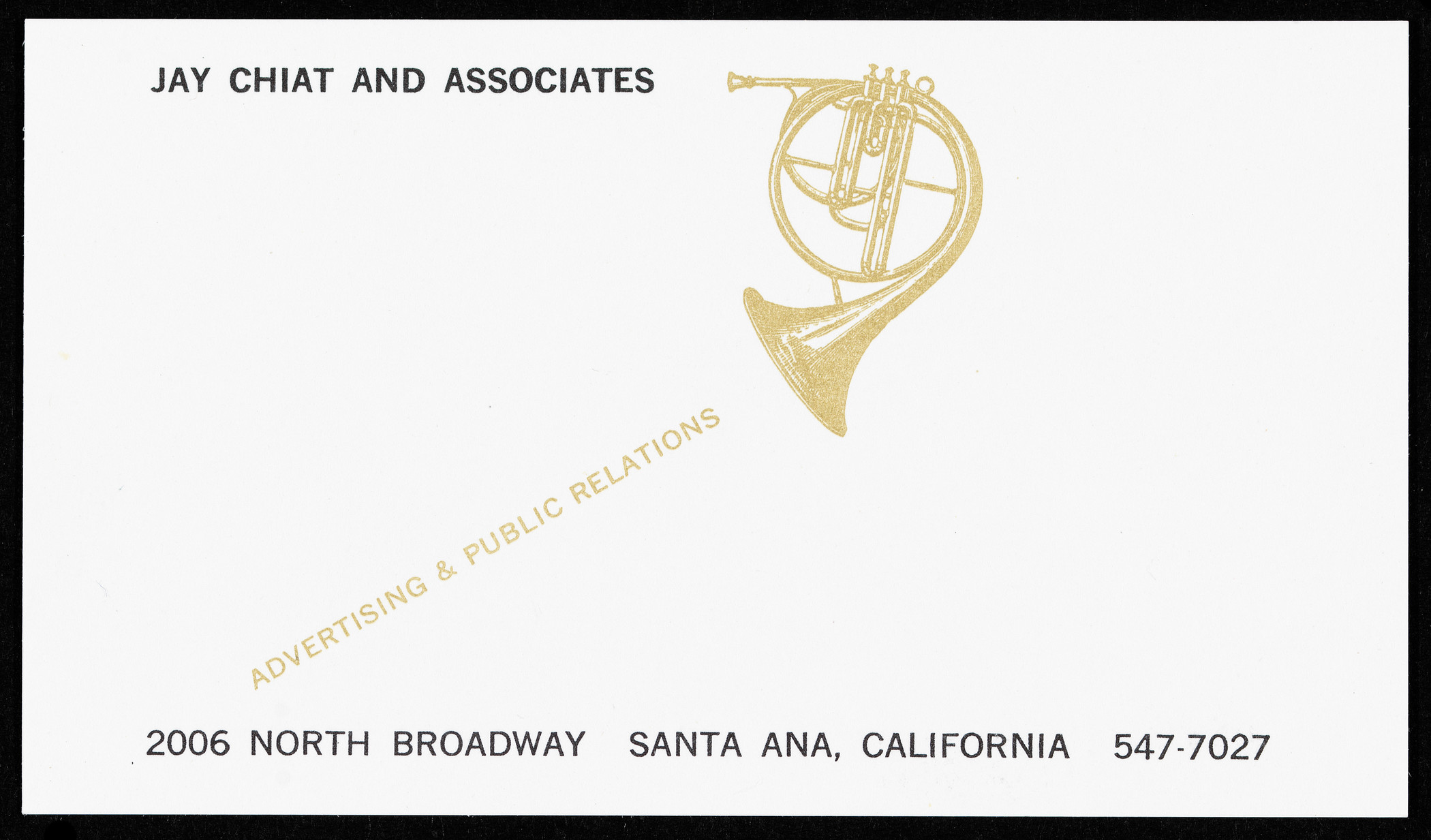 Hy Farber, Business card for Jay Chiat and Associates, 1962, Los Angeles County Museum of Art, gift of Don Farber, © Estate of Hy Farber, photo © Museum Associates/LACMA. Jay Chiat, who would go on to co-found the visionary advertising firm Chiat-Day, was a student of Farber’s and hired him to design promotional material for his first office in 1962.

This distinctive collection of work by a now unsung but important Los Angeles designer provides an intriguing window into the city’s mid-century design world. Farber’s range of clients suggest the growing popularity of modern styles, and in many cases, document their adoption in fields deeply connected to design and architecture. Don’t miss his promotional cards for The Magoffin Co., Typographers, on view in Between the Lines: Typography in LACMA’s Collection through September 2 in LACMA's Ahmanson Building. 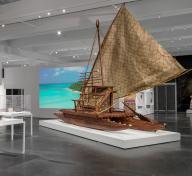 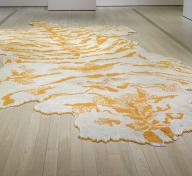 Installing "The Allure of Matter: Material Art from China"
January 2, 2020