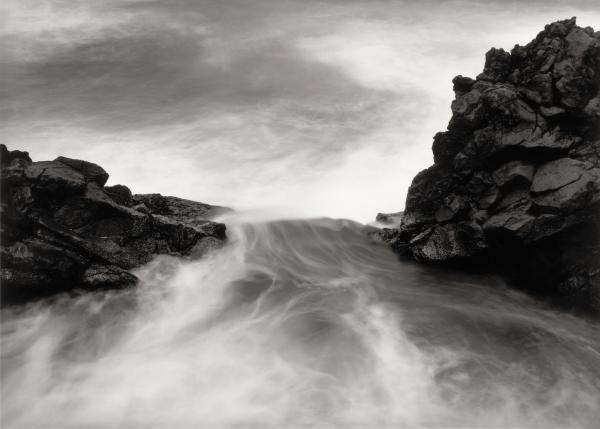 A Year Along The World’s Edge

I was accepted into the Mellon Summer Academy at LACMA in 2018, as I was finishing my first year of college, and that June I participated in the week-long immersive program with 14 other undergraduate students. Aimed at exposing participants to career options related to art and art history, we received an insider's look at LACMA through workshops, tours, field trips, and networking events with museum professionals. Afterward, I was awarded a Mellon Undergraduate Curatorial Fellowship, and began the two-year program in September 2018. I have spent my first year being mentored by Rebecca Morse, curator in the Wallis Annenberg Photography Department. I did not have substantial knowledge of the history of photography going into my fellowship, and I was not sure what to expect. Despite my intention to pursue this line of work, it had always felt unattainable. I came in ready to explore the world of museum curation, and now I can share some of what I have learned with others who also have had limited access. 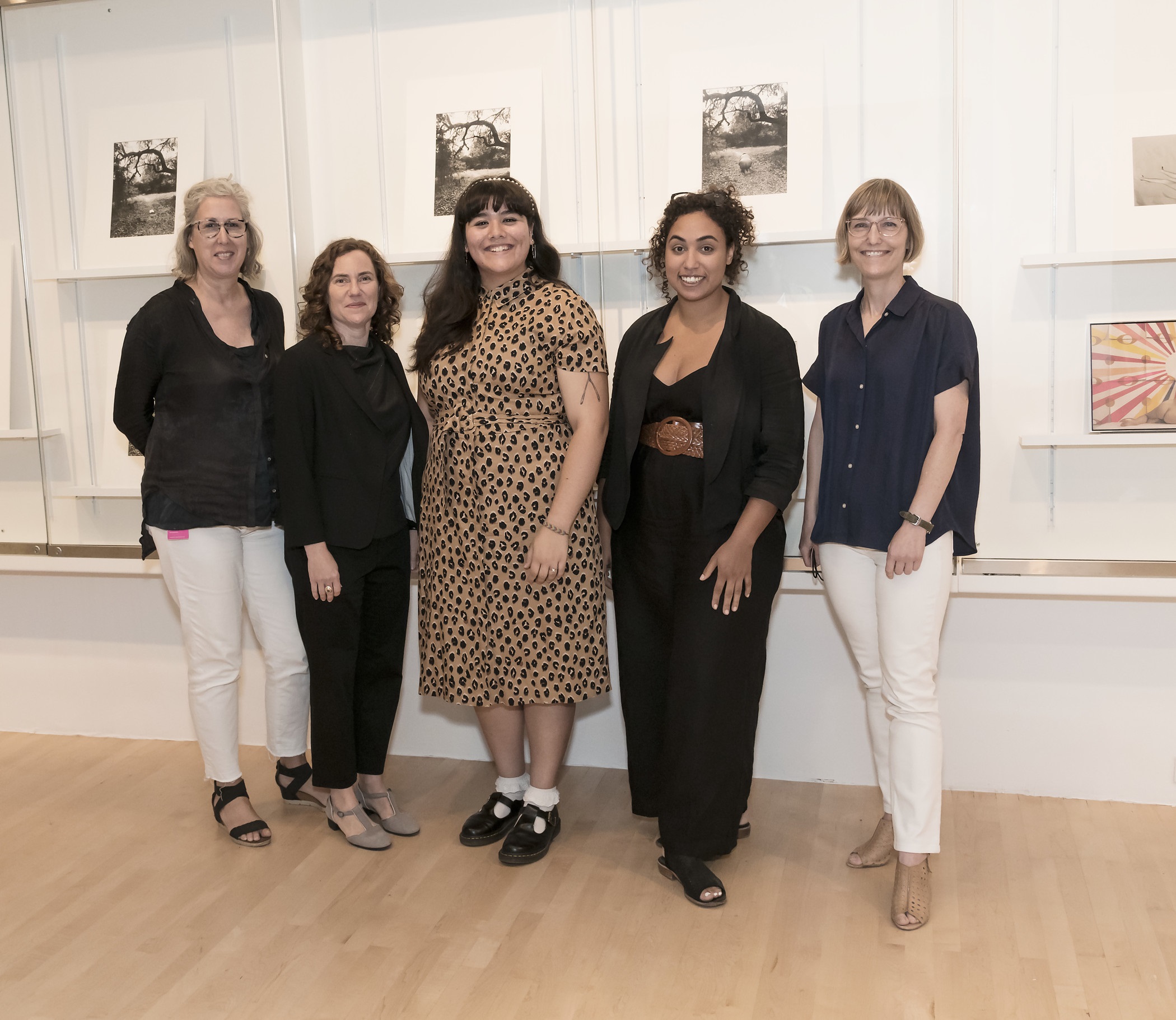 When I arrived at LACMA, the name Thomas Joshua Cooper was sweeping through almost every conversation in the photography department. On view in the Resnick Pavilion through February 2, 2020, Thomas Joshua Cooper: The World’s Edge, is the first large-scale exhibition of Cooper’s work in a museum, which also coincides with his 50th anniversary making photographs outdoors. While I learned that most shows presented at LACMA take around five years to plan, Rebecca explained that this show was nearly seven years in the planning. Rebecca is the co-curator of this show with our Director and CEO Michael Govan, who has known Cooper for almost 30 years. I realized early on that I was going to be spending a lot of time on this exhibition along with the rest of my colleagues in the department. 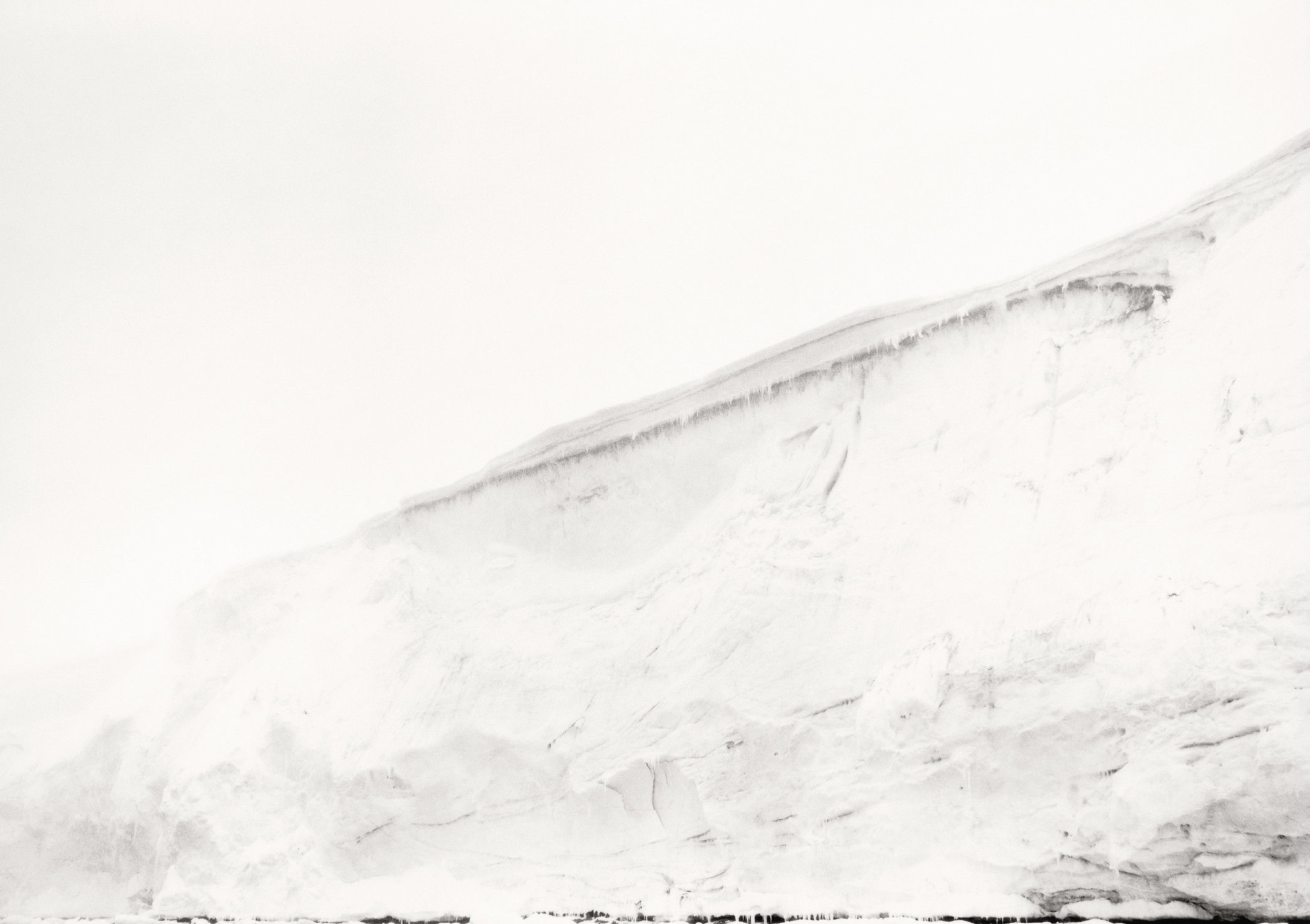 Cooper’s work is distinct in both its subject matter and its color palette. Cooper has traveled the world with the intention of exploring the furthest peaks and continental edges. His work depicts places many of us will never reach in our lifetimes, some of which may not even be above water in a few years. Composed of hues of white and shades of black and gray, his images capture places where often no other human is known to have stood. Though he features land and sea in his work, he strays away from including a clear horizon line. Uncharted Dangers was made at the northern-most point of Antarctica, and the blinding slope of white snow and sky immerses you in the snowscape Cooper has photographed. I am drawn to this image, and I am in awe of the stillness and height implied by the title. As someone from southern California who has never seen snow in person, this landscape is almost unimaginable to me otherwise. I appreciate the way Cooper’s photographs can transport the viewer.

I have had the unique opportunity of watching this exhibition come together over the past year, and I have learned firsthand that curating is so much more than the initial idea and placing images on a wall. Curating an exhibition is a dynamic creative process that truly is an art form in itself. There is no question unasked, and as a curator, you truly get to know the art you are working with. I have built a connection with the images in this show by spending an extended period of time with them, which is not something most people get to do. By talking about my contributions to the exhibition, my experience as a Mellon Undergraduate Curatorial Fellow, and the works that I have been particularly drawn to in this show, I seek to bring the behind-the-scenes world of museums to a more accessible place. 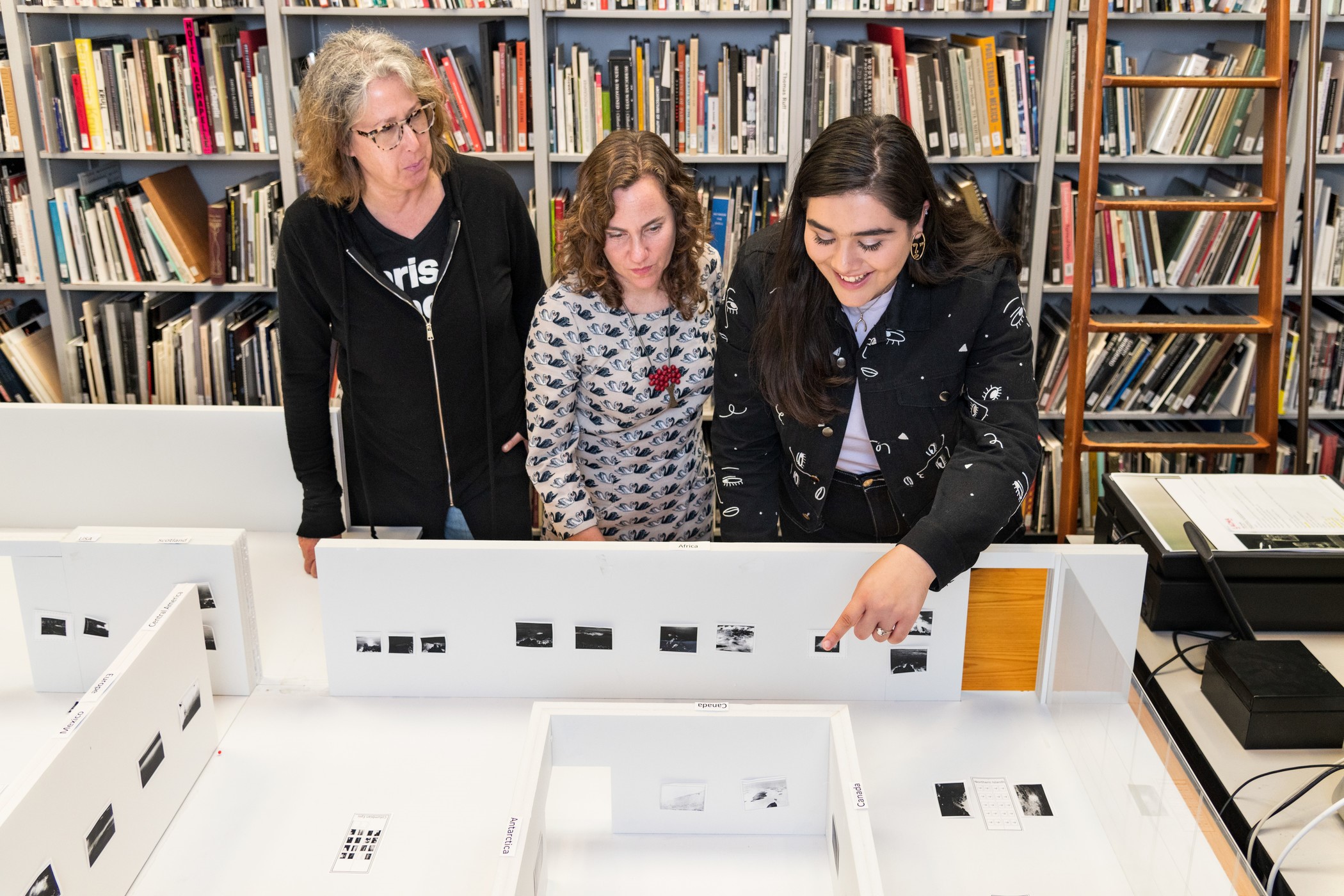 One of my first projects directly related to this exhibition was working with a scale model of the space, and placing the images according to Rebecca’s floor plans. Even though I was working with tiny renderings, peering in at the walls from a bird’s eye view immediately made me invested in the process. I was able to assist with installing the scaled images just in time for a visit Cooper paid the museum, and I was glad to hear how helpful it was for the artist to see the works in the model. Exhibition design meetings introduced me to the physical space along with the model, with layouts and elevations solidifying the placement of cases in the show. Eventually I also spent some time handling the photographs that are displayed in the cases. They are guide prints that Cooper makes to help choose which images to print at larger scale. I carefully counted and organized each one, double checking titles and mediums along the way. Even though I was at the museum part time during the academic year, I sat in on meetings with staff from many different departments. For example, I attended framing meetings where we discussed which grain of wood and shade of black or white paint would create the correct aesthetic and intended viewing experience for the works. Design meetings centered on the show’s catalogue included decisions from the color of the cover to the literal placement of the images and text. Every letter in this show—in the catalogue, a case, or on the walls—has been through the hands of an amazing design team. A few months in, as I saw drafts of the catalogue being passed around the office, I realized how much information I was truly being given access to during my fellowship. 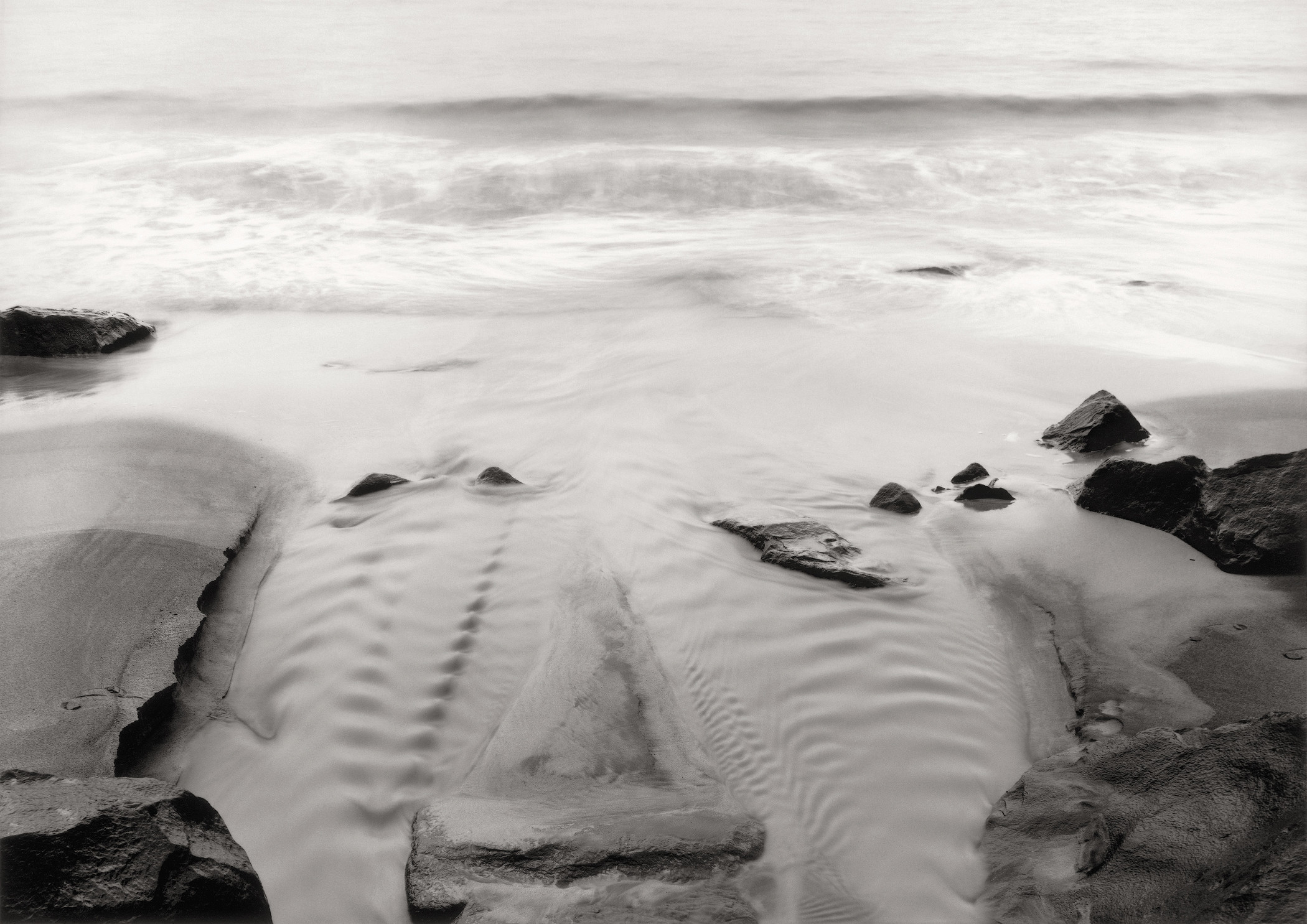 The descriptive titles of Cooper’s photographs help the viewer understand the significance of the place depicted in front of them. Without the title however, these photographs can almost be anywhere you dream them to be. I am drawn into these images because I find them to be quite beautiful. Torrential Warm Rain is one of my favorites. The rolling fog, sand, and sea seem to bleed into each other as they are all bathed in light. These photographs manage to be soft and I can imagine stepping into the large frame. The rocks that poke up from the stream are sharp and dark, yet I feel called to this place the longer I look at it, and see new textures and details.

Another project I quite enjoyed assisting Rebecca with was the exhibition’s audio guide. An adventurer and a storyteller in practice, Cooper reveals a lot about his images through the memories he has of making them out in nature and in the darkroom. After I helped Rebecca map out the tour route options in the gallery, she and Cooper chose 11 photographs that now have recordings available online for visitors to the exhibition. I was also involved with the selection of the show’s press images; my voice was included right alongside Rebecca and Dhyandra Lawson, the department's curatorial assistant. I completed many of my projects for this show under both Rebecca's and Dhyandra’s guidance as well as assistant curator of Photography Eve Schillo. Curators are not always given direct credit for their work in museums. Often the public will not know who is responsible for a show unless they seek out that information. Similarly, assistant curators, curatorial assistants, and curatorial administrators are not normally attributed for their contributions either. 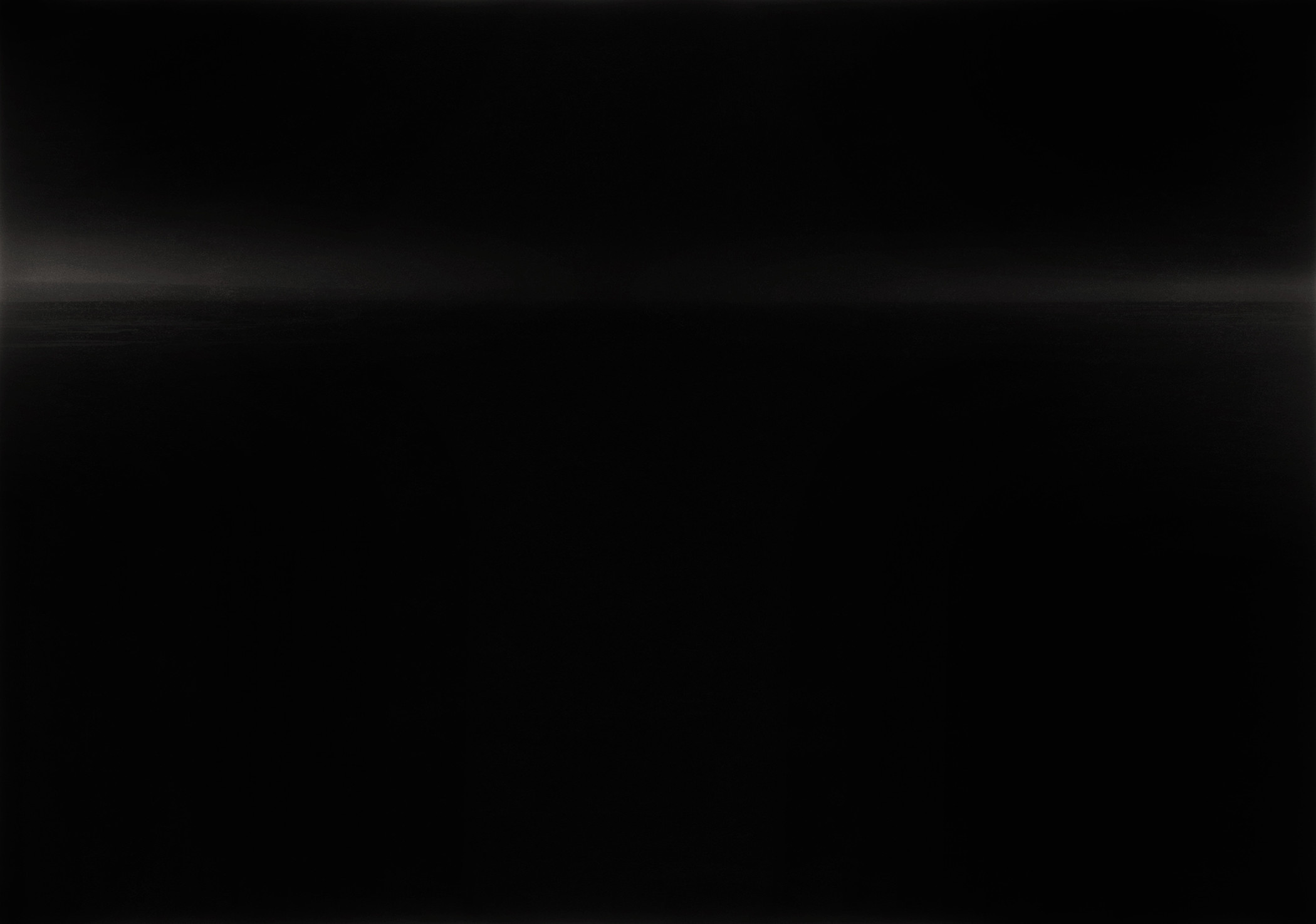 Quickly glancing at Dreaming the North Polar Winter Solstice, it at first appears to be completely black. It is not until you look more closely that you can make out some light streaming in from the edges, and as you take a step back, you can see the whole picture. In my unique position as a Mellon Undergraduate Curatorial Fellow, I have been able to see a fuller picture of the career I aspire to have. When I think about how much I learned this year alone, I want to applaud and acknowledge the contributions of everyone in the museum who is not credited to the public, especially those who have worked on this particular exhibition. Whether I was helping format the guest list for the show’s opening, or combing through our database triple checking information, I felt pride in the assistance I was able to give.

I am now preparing for the second year of my fellowship with Rita Gonzalez, Terri and Michael Smooke Curator and Department Head of Contemporary Art, as my mentor. I am looking forward to gaining more experience as I think about potential museum careers, and I am excited for this adventure to continue.

Thomas Joshua Cooper: The World’s Edge is on view in LACMA’s Resnick Pavilion through February 2, 2020.

Twitter
Longing for sweater weather? Celebrate the first day of fall with an autumn-inspired collection highlight 🍂

Subscribe by RSS
1 comment
Greg Landreth says:
Congratulations for having the opportunity to help with such a monumental show. Well done. However, since Mr Coopers audio comments do now seem to be enshrined in museum quality script, I do feel duty bound for posterity to ask him to make certain they are correct.
With reference to to the photograph he seems to claim to have been taken at Prime Head, I'm afraid I would have to entirely disagree with his selection. It is certainly taken close by, but it is not taken from the location which we spent some weeks and no insignificant hardship looking to land successfully on. I would urge him therefore to look back through his collection and find the one which was in fact taken from Prime Head. 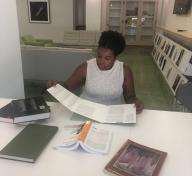 Seeds of Institutional Change: Black Activism in the Archive
August 22, 2019 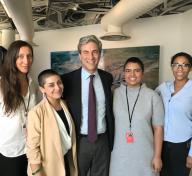