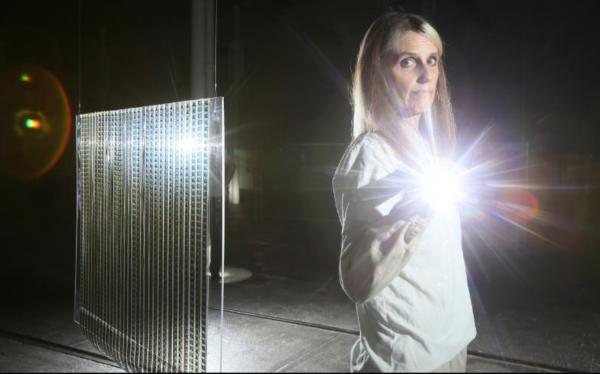 Jennifer West is a Los Angeles-based artist whose work explores the process and materiality of filmmaking. Through video, installation, and performance, West presents celluloid film and negatives that have been subjected to a variety of chemicals and physical manipulation. She has drawn on, crushed, skateboarded over, and smeared film, in addition to applying deodorant, perfume, Jell-O shots, body glitter, and more. From these performative interventions—which sometimes involve outside participants—unexpected alterations arise in the final film product.

For Artists on Art—LACMA’s video and public program series featuring contemporary artists discussing objects of their choice from the museum’s permanent collection—West selected Stains by Edward Ruscha, a portfolio of 75 works on paper.

West explains why she selected this artwork and how it relates to her own art practice.

“What first drew me to Ed Ruscha’s work was the discovery that he used gunpowder and Pepto-Bismol on a couple of pieces. I knew about his text pieces and had seen them in reproduction, but was really drawn to his use of organic and pop materials—like materials from the drug store—in relation to words. The work presents this sort of puzzle to put together which has to do with reading the word and understanding that it was produced with a particular material. So you have to think about how language is a representation of an idea. And I thought that was a really productive place for thinking about representation, and how we produce meaning through the process of signifiers and words and text and codes and representational images.

“I chose this particular work Stains by Ed Ruscha because it was something I always wanted to see but never had access to. What I think is really interesting about this work in particular and different than his later work is that instead of directly treating a single word or phrase with a material, in this case, he’s creating 75 different types of stains. So you can see this early trying out of different materials which he later started to put directly into his prints and his drawings.

“The first time I encountered this work was here at LACMA. We were taking out the pages of the portfolio one by one and looking at what these stains were. And I think what happened was we were individually producing a narrative while considering the stains one by one in order. So for example, the very first one you see is Los Angeles Tap Water. And then the second one is Pacific Ocean Salt Water. And then the third one is Eye Wash. And then Witch Hazel. And then Acetone. So when you start to go through them in order you're producing a story or a narrative that has to do with place, location, and movement. You start to encounter food that was eaten and other sorts of art materials, and at one point there’s gasoline so you get the idea that someone is going outside. And again most of this is a kind of play on language and how specific places or sites or products are inferred through language. But you also know that this is Ed Ruscha and Stains is a precursor to his use of all of these materials. And as you go down this list you see some of the quintessential things that he continues to go back to. So this becomes a catalogue of materials that he later uses in his work.” 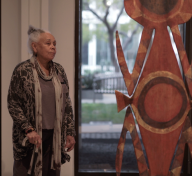 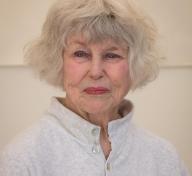 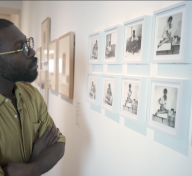