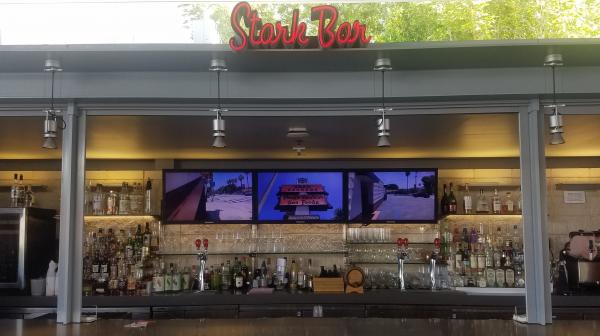 As you walk toward the counter at LACMA’s Stark Bar, the screens play Paul Pescador’s 3-channel film Paul Pescador Loves Los Angeles, a nod to Reyner Banham’s curious tour of Los Angeles and its four ecologies the architectural historian famously articulated: Surfurbia, Foothills, The Plains of Id, and Autopia which consisted of the beach, the basin, the foothills, and everyone’s favorite—the freeways—respectively. These ecologies emerge throughout, seeing the future in the present while we revisit the past in the middle of an intersection; at the light in front of the Nuart Theatre; the old J.M. Bullock department store façade; the scene where Detective Axel Foley finally comes to town in Beverly Hills Cop.

I go east away from the ocean.

Away from the sunset. 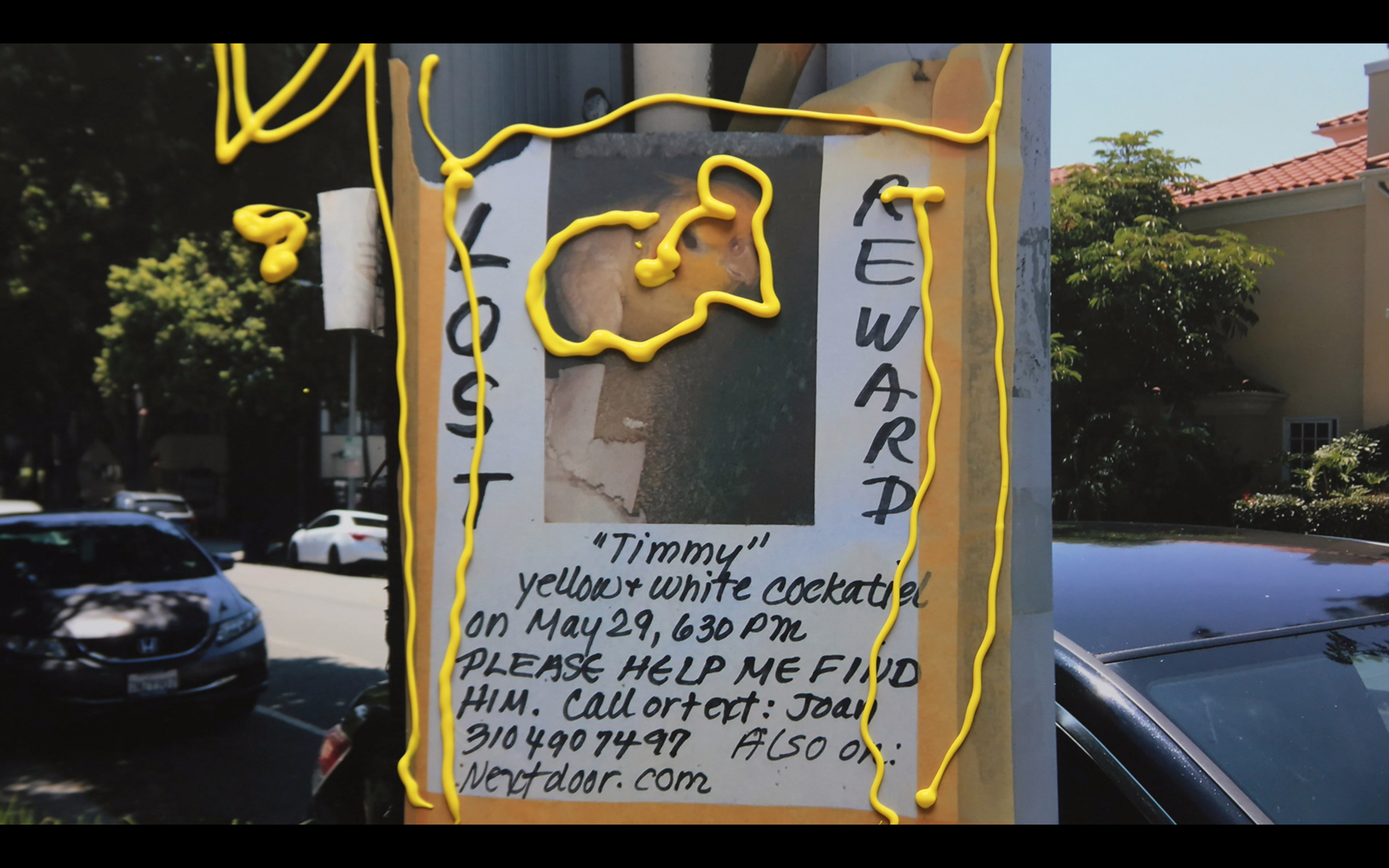 The relational functions of where we live to the rest of our lives is explored in the art of Paul Pescador through one of its favorite costumes—the visual narrative. Imagined in associative leaps that connect block-by-block, the sacred fictions of the commuter in Los Angeles are snaked through the frosting-like squiggles that decorate the images our narrator sees up and down, west to east and back again along the 16-mile spine of Los Angeles known as Wilshire Boulevard. Images that expand on the postcard-perfect picture of a Los Angeles straight out of central casting. What might it mean to belong to these panoramas that deploy the same tyrannical fantasy of West Coast living? The ocean is often evoked when imagining the ideal living situation. I want to live near the beach. But the beach is an impossible fantasy that shows up as the sinister specter in Paul Pescador’s imagination. Traveling down the interstitial parts of Wilshire Boulevard reveals that the corners that house missing cockatiels named Timmy signs are perhaps the fabulism to consider in Pescador’s rendering of the more shadowy parts of La-La-Land. 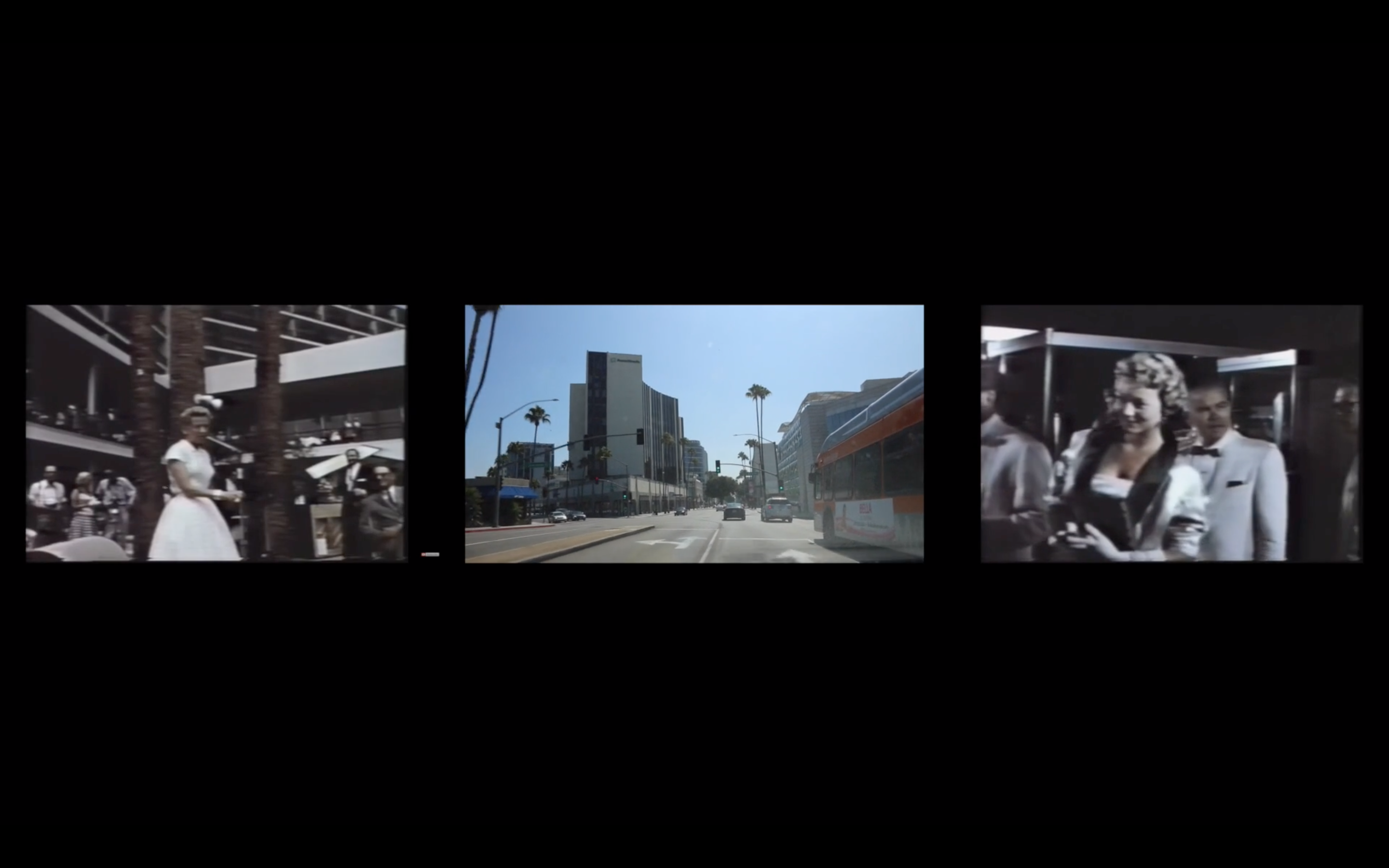 However, “finally making it west” isn’t just a motif of making it big in the big city. It’s also the tension with which Pescador turns his tale of urban navigation in on itself. The artist hails from the deserts of the Coachella Valley and arrived in Los Angeles 17 years ago. He called one neighborhood home—Highland Park—for the duration of his time in the city. He—joining the ranks of many cultural workers, artists, low-income migrant families, educators, and community organizers—was evicted. Pescador participated in the long-standing tradition of moving in with a boyfriend when finding a place to live in a city on the verge of its real estate bubble bursting becomes the definition of impossible. Pescador, suddenly flung out of a neighborhood he called home, harnessed this trauma and made it into the creative engine powering the vehicle that explored the streets and avenues intersecting one of the major arteries in the dystopic autopia spanning Santa Monica, Beverly Hills, and Los Angeles. Finally making it west brings to the fore the foreignness of Santa Monica, or rather brings Pescador’s foreignness into sharper focus.

I get pulled over.

My tail light is out.

My car isn’t as nice as the other cars in the area.

Pescador, aware of the way he had been configured as a resident of his previous neighborhood, owns his status as a creative engineer—a performance maker, a film artist, a convener of peers and friends for a variety of projects presented at various venues in Los Angeles. A Latino of Mexican American parentage, his brownness in Highland Park might go unnoticed. However, placing him at Wilshire and Ocean in Santa Monica brings his brownness into anxious relief. Pescador recollects for us how he is now read as perhaps incongruent with his new Westside context in relation to his car, the mark of the true Angeleno, warts and all. Paul Pescador Loves Los Angeles has cogent moments that remind us of the distances we might be willing to travel to and fro around Los Angeles even as surveillance of our racialized bodies become the tithe for this privilege of mobility. Short distances are made shorter when moving with fellow travelers acknowledging similar histories. A whole generation still points to the spot Christopher Wallace aka Notorious B.I.G. lost his life in front of the Petersen Automotive Museum at the corner of Fairfax and Wilshire. Or those other travelers who might be making the trip that much more pleasurable, especially on the map points of Wilshire Boulevard teeming with other scruffy liaisons grinding away through traffic just to have an honest encounter—or several—of the flesh. 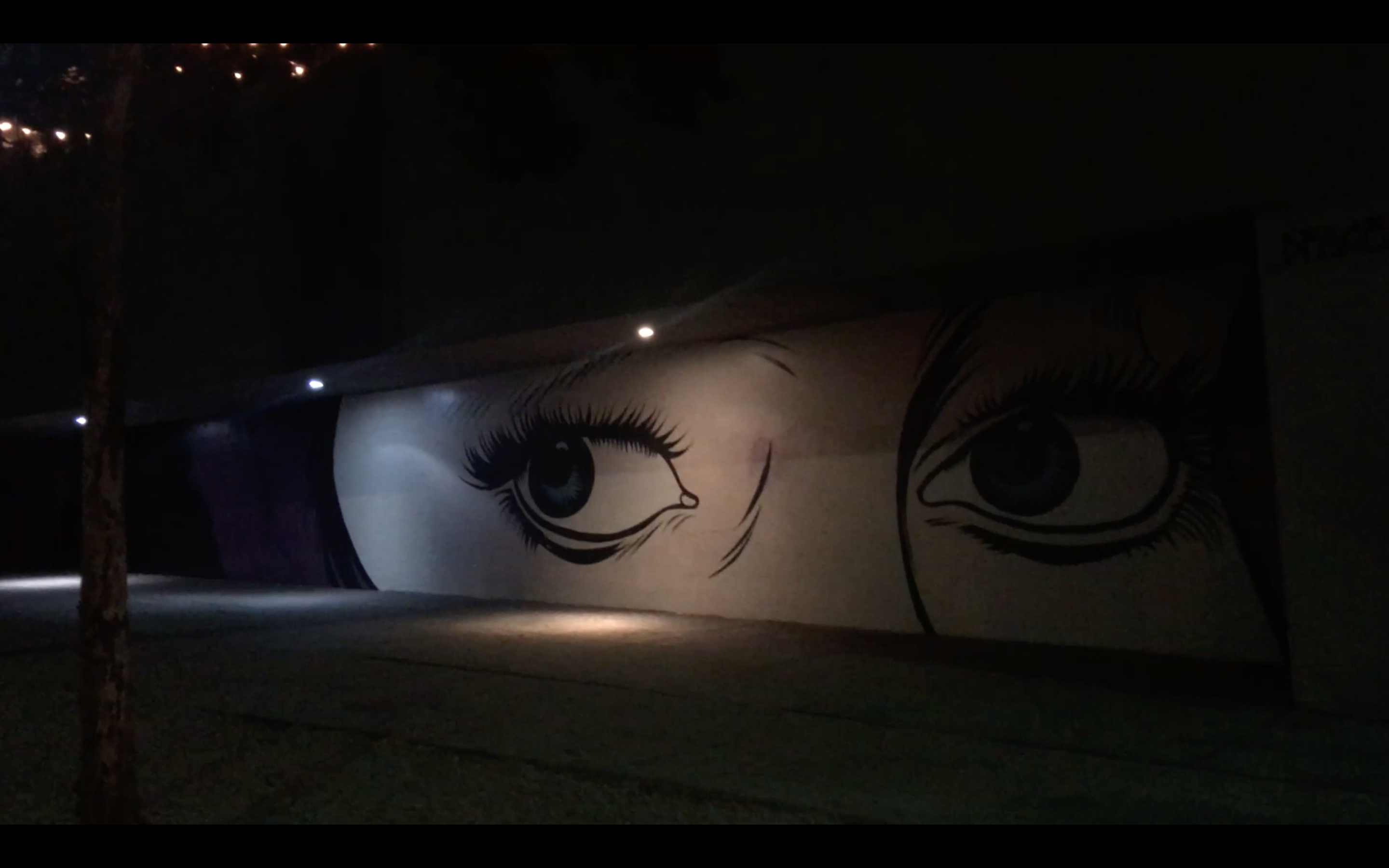 In Santa Monica though, Pescador has made his relational map smaller—recounting late-night diner outings with his boyfriend in his new neighborhood. The commute up and down Wilshire makes for a special kind of full-body exhaustion only the most seasoned Angelenos will know intimately. Arriving to Santa Monica is also about arriving to the part of adulthood that allows for the realization that once you get home you stay home.

Paul Pescador Loves Los Angeles is on view at Stark Bar through January 29, 2020. 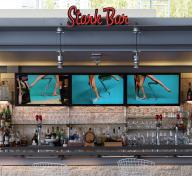 In Conversation with Heather Rasmussen
July 1, 2019 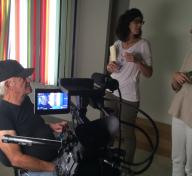 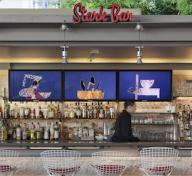