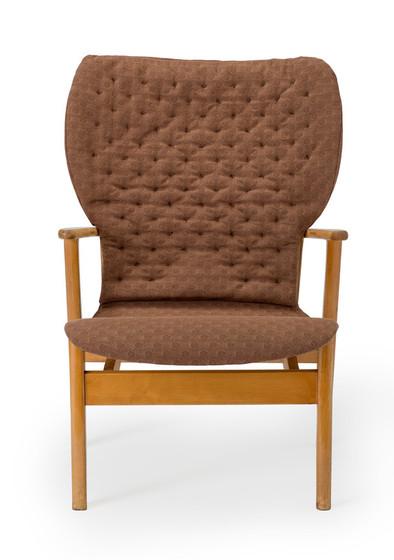 Conserving Finnish Design: Part 1—The Study of the Original Upholstery Fabric on the Domus Armchair

Within LACMA’s diverse collection many different objects and object components fall under the purview of textile conservation. Aside from historical and contemporary fashion, tapestries, and ikat robes, occasionally we come across objects that require interdisciplinary collaboration and several rounds of testing. The Domus armchair is the perfect example of such a project and is one of the pieces that will be featured in the upcoming exhibition Scandinavian Design and the United States, 1890–1980 (summer of 2022).

Designed by Finnish interior architects and designers, Annikki Tapiovaara (1910–1972) and Ilmari Tapiovaara (1914–1999), the Domus armchair was designed in 1946. This chair, also known as the Domus lounge chair, was created as part of the Tapiovaaras’s winning entry into the University of Helsinki’s Domus Academica dormitory furnishing competition. 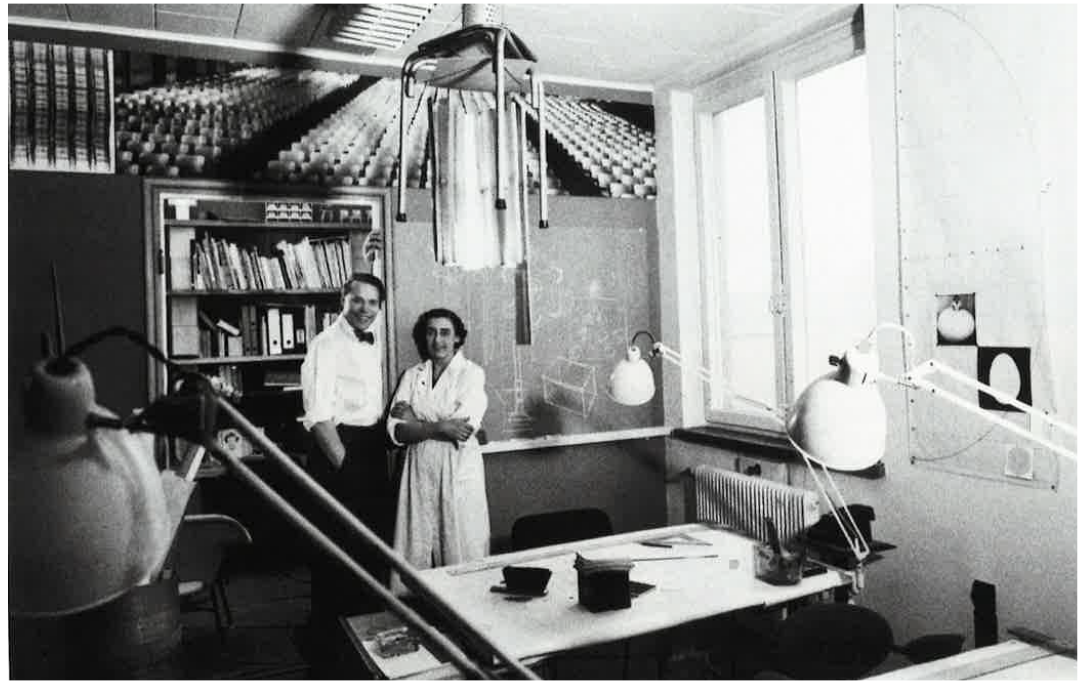 Following World War II, the Tapiovaaras sought to manufacture quality designer furniture at affordable price points; they experimented with combining solid wood with plywood to minimize the overall cost of production. Much like their contemporaries Ray and Charles Eames, Charlotte Perriand, and Robin Day, the Tapiovaaras’s designs incorporated shaped or curved wood. The curved plywood seat of the Domus armchair conforms to the anatomy of the user, which minimizes the need for upholstery, a design theory that Ilmari Tapiovaara called “embryo ergonomics.”

The Domus chair was used throughout Finland in schools, cafeterias, and auditoriums. In 1951, the American furniture firm Knoll Associates, Inc. began to import the low-backed version of the armchair in the United States, marketed as the “Finnchair.” The Tapiovaaras also designed the inventive packing and packaging. The chairs shipped disassembled, so that 10 chairs could fit in one cardboard shipping box that measured a quarter of a square meter (which predates the IKEA flat pack by at least a decade). And the chairs were designed to stack once assembled, giving them additional functionality.

A few examples of the Domus armchair still exist in public collections in Finland and Scandinavia. The majority have no upholstery and are fully lacquered, however, a few have a thin layer of leather stretched over the seat and top section of the chair back.

The Domus armchair in LACMA’s collection is believed to have come from the designers’ own studio. Unlike the other examples in European collections, it has an upholstered seat and a removable padded chair cover made out of a woven beige polka dot fabric. Close inspection of the armchair showed some unique features. Unlike the other Domus armchairs, only the arms and legs have been lacquered leaving the interior face of the chair back as exposed wood. The polka dot fabric on the seat of the chair is attached to the chair with a series of nails located on the underside of the seat and the chair back. The seat padding is a mix of thread ends and multi-colored wadding. 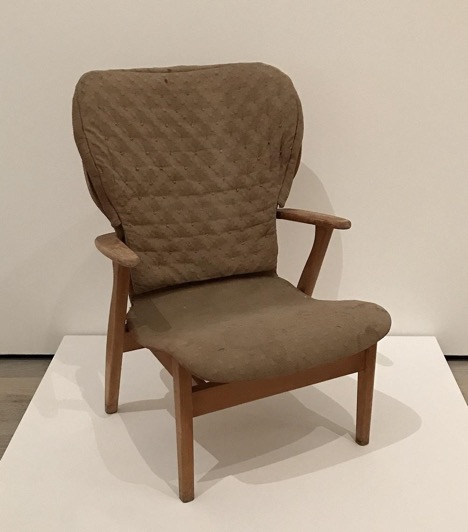 The upholstery showed clear signs of use with some areas of stains and an overall faded appearance. From the front the upholstery appeared beige in color, however, removal of the padded chair cover revealed the original dark brown color. After years of use, both the cushion and the seat cover had become not only faded but stained, leading curators to decide against conserving the original upholstery, but instead displaying the chair as it had been conceived, with a reproduced deep brown upholstery.

Fortunately, the Domus armchair entered the collection with funding for its conservation through DA2, a support group for the Decorative Arts and Design department. LACMA textile conservators worked with Rabbit Goody, master weaver and founder of Thistle Hill Weavers, a specialized mill based in New York State, to create a reproduction fabric to be used for this project. The original fabric was studied, and the fiber content and weave structure were analyzed. Small samples were taken from the original fabric and identified through microscopy, as fibers composed of cellulose, possibly cotton or linen. The structure of a woven textile can be broken down into two main components—the warp threads which are parallel to the direction of the weaving, and the weft threads that are perpendicular to the direction of the weaving. These elements can be interwoven in a variety of different ways, the most common being a plain weave where each component goes over and under one—imagine a chess board where the warp threads are the black squares and the weft threads are the white squares. Identifying how these two elements interact give clues on how the fabric can be reproduced. In discussion with Rabbit the appropriate yarns, colors, and weave structure were determined for the reproduction fabric.

LACMA commissioned three yards of a basket weave ground fabric in dark brown and cream cotton yarns, with plain weave sections forming a polka dot pattern. It is a simpler structure than the original, but matches it in pattern, color, and proportion. 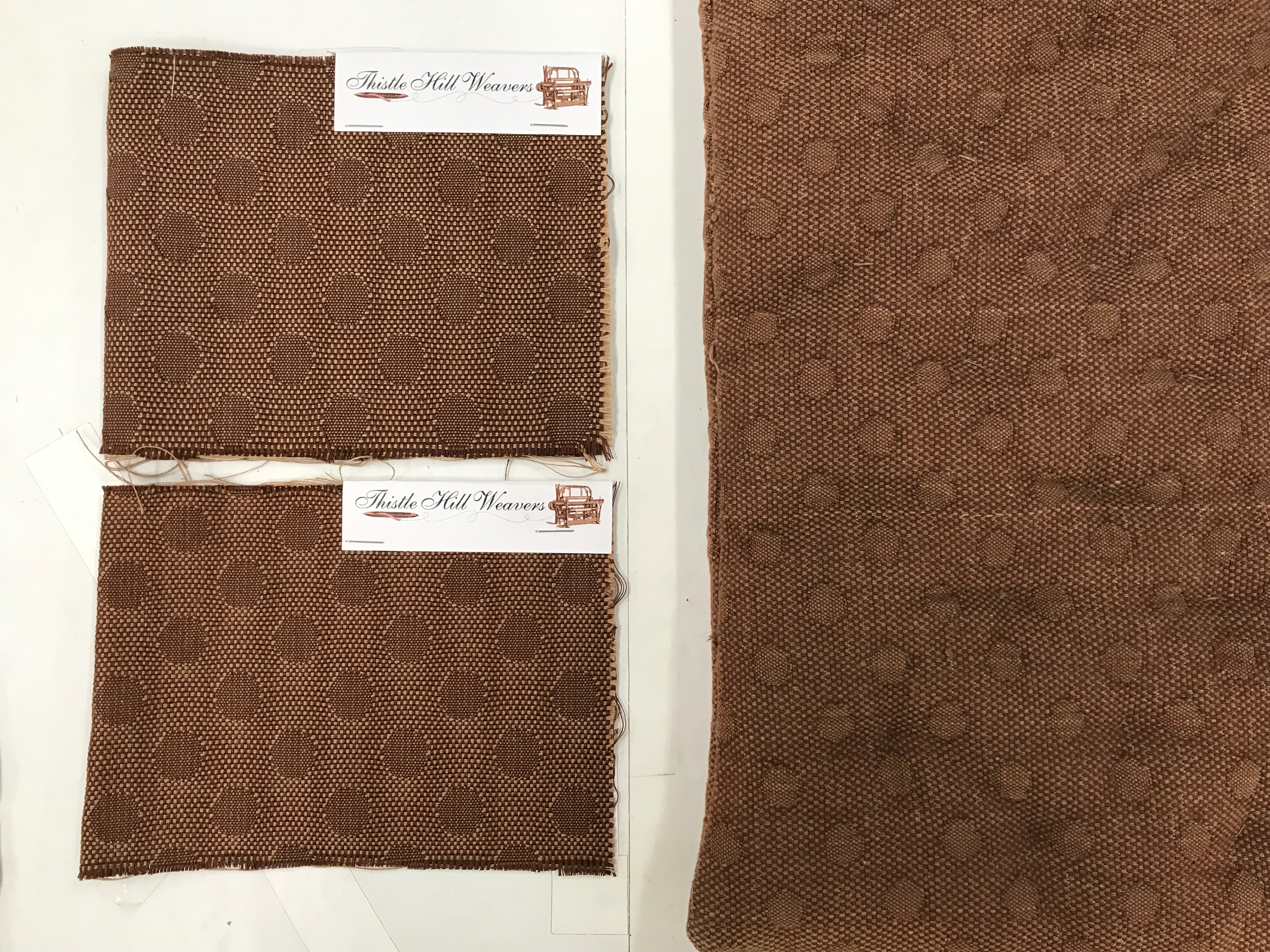 Close up image of the reproduction fabric (left) and original fabric on the reverse of the cushion, photo © Museum Associates/LACMA Conservation, by Staphany Cheng