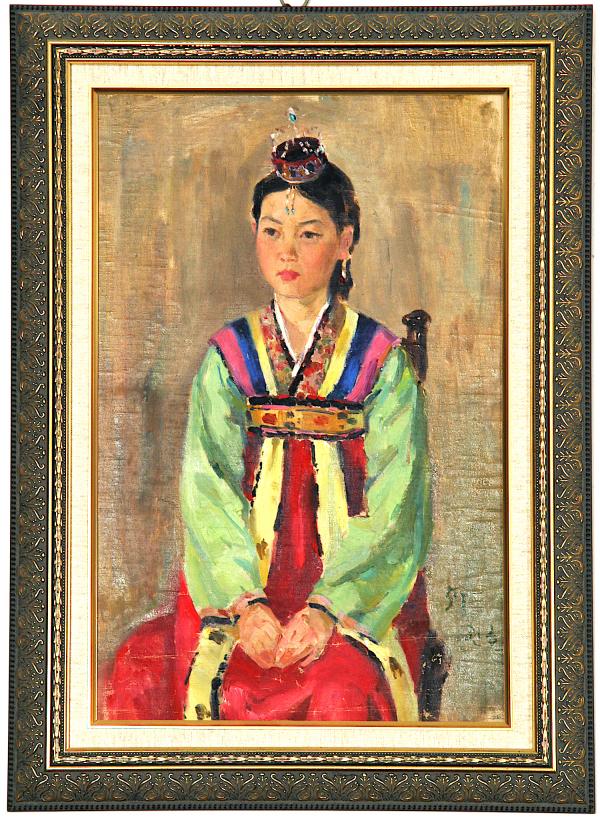 The Los Angeles County Museum of Art is pleased to announce the acquisition of an initial major gift of 100 works of Asian art, comprising 95 Korean artworks and several Chinese, Japanese, and Tibetan artworks, from Dr. Chester Chang of Los Angeles and his son Dr. Cameron C. Chang (M.D.) of Bakersfield. The core of their family’s collection of Korean art has been preserved intact since the last years of the Joseon dynasty (1392–1897), and has been passed down to Chester Chang’s mother, Minn Pung Yoon (1918–2010), and thence to Chester and his son Cameron. Chester Chang was born in Seoul, Korea, in 1939, and first moved to the United States as a child with his family in 1949, when his father, Chi Whan Chang, was appointed General Secretary to the first Consul General of Korea in Los Angeles. The family was repatriated to Korea at the end of the Korean War, in 1953, but returned to Los Angeles in 1958, bringing the family’s art collection from Korea to the United States in that year. Chester Chang began a career as an aviator at the age of 19, in 1958, when he first obtained his pilot’s license in Torrance, California. He became an American citizen in 1964, and subsequently worked as a captain, a Designated Pilot Examiner, and a Flight Standards official with the Federal Aviation Administration. He has held important positions both in the United States and abroad with the Federal Aviation Administration, the Department of State, and the Department of Defense. Dr. Chang served as a LACMA Trustee from 2006–2007, and between 2003–2007 Dr. Chang and his family donated over 50 works of Korean art to LACMA’s collection. In addition, Dr. Chang and his family have donated works of Korean art to institutions such as the National Museum of Korea, the Korea Foundation, the University of Southern California, the University of Hawai‘i at Manoa, the Honolulu Museum of Art, and the Smithsonian Institution in Washington, D.C.

The Drs. Chester and Cameron C. Chang (M.D.) Collection consists primarily of Korean paintings, calligraphies, sculptures, ceramics, lacquers, furniture, and other works of art ranging in date from the Three Kingdoms Period to the early and mid-20th century. Dr. Chang’s ancestors were devout Buddhists, and the collection includes many superb examples of Korean Buddhist art including paintings and sculptures. The Buddhist paintings in the collection range in date to the mid to late Joseon dynasty (17th–19th centuries) and include images of the Buddha, enlightened bodhisattvas, celestial guardian kings, and a historic portrait of a Korean Buddhist monk. The collection includes a rare folding screen depicting Neo-Confucian diagrams relating to cosmology and ideal Confucian social structures, and also includes images of Daoist gods and immortals, and gods of popular religion and shamanism, including Okhwang (the Jade Emperor, head of the celestial bureaucracy of gods) and Gwan U, god of loyalty and strategy. 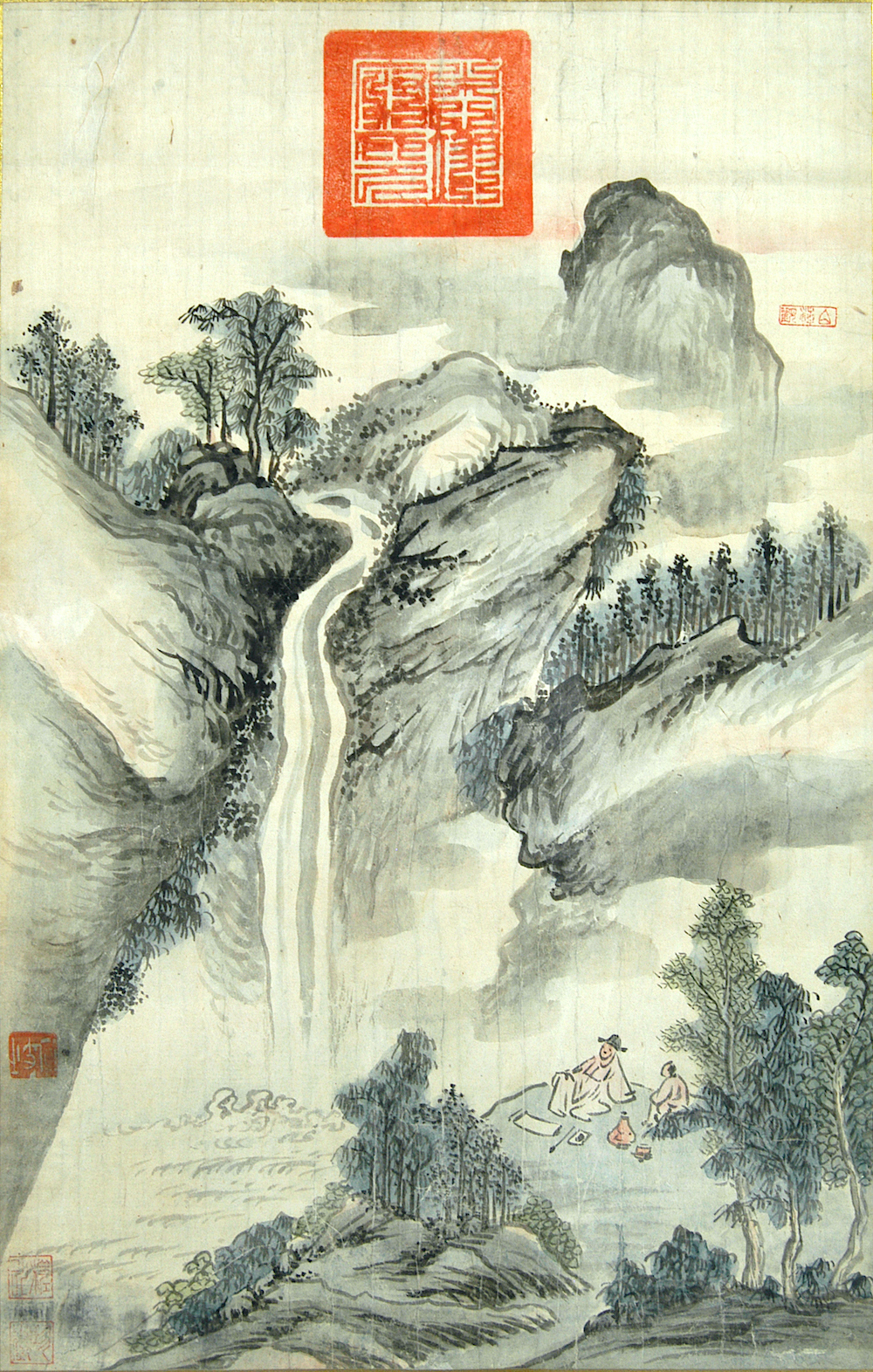 The majority of the many Joseon dynasty paintings in the collection are secular, and include images of landscapes real and imagined, figures, bird-and-flower painting, and real and mythical animals. Several paintings depict tigers, a national symbol of Korea. An important sub-group of the Joseon paintings depicts Chinese themes, both historical and fictional, reflecting the deep knowledge of Chinese history, mythology, poetry, and prose among Joseon dynasty aristocrats, intellectuals, and artists. One painting depicts rituals and ceremonies of the royal Joseon court. The Joseon paintings include works attributed to Gim Myeongguk (1600–after 1662) and Gim Deukshin (1754–1822), and by Yu Unhong (1797–1859), Heo Ryeon (1809–1893), and the court painter Yi Inmun (1745–1831).

The Chang Collection contains major examples of Korean calligraphy, which will add enormous depth to LACMA’s permanent collection of Korean art. The calligraphies in the Chang Collection include a folding screen depicting large hanja (Chinese characters) representing the Eight Confucian Virtues, and a royal document commemorating an official appointment inscribed by King Gojong (1852–1919). The Korean sculptures include mostly Buddhist images cast in bronze and iron; among these are sculptures of the historical Buddha Seokgamoni (Shakyamuni), and the Bodhisattva Daeseji (Mahasthamaprapta). 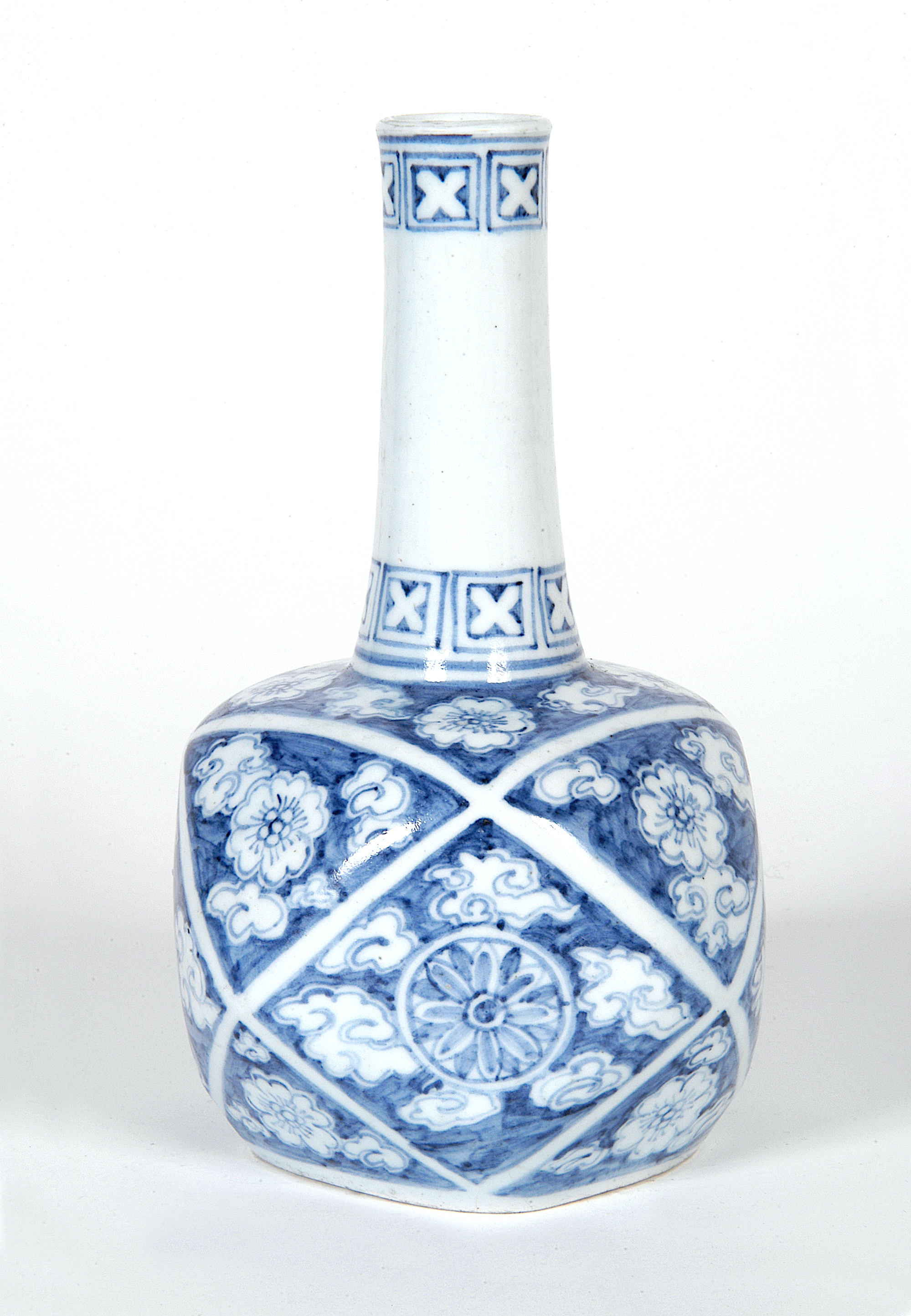 The largest part of the collection comprises Korean ceramics, ranging in date from the Three Kingdoms Period through the mid-20th century. Among the finest of these are vessels from the Three Kingdoms and Unified Silla dynasties, glazed and unglazed stonewares of the Goryeo dynasty (including numerous Goryeo celadons, one of which is inscribed and dated 1329) and Joseon dynasty Buncheong, brown-glazed and celadon-glazed stonewares, blue and white porcelain dragon jars, white-glazed storage jars, white-glazed ritual porcelain vessels, and several rare faceted stonewares and porcelains. One extremely unusual work is a square Joseon dynasty blue and white porcelain vase decorated with continuous landscapes. The majority of the ceramics have been scientifically tested by TL (thermoluminescence) dating, and are accompanied by their test results.

This gift also includes a group of scholar’s desk objects, including a rare porcelain seal and a bamboo brush holders, as well as two scholar’s stones. In addition, it features rare Joseon dynasty lacquers and examples of wood furniture, particularly mother-of-pearl inlaid lacquer boxes and chests.

The Chinese paintings in the collection include a rare dated (1542) Ming dynasty hanging scroll depicting Buddhist and Daoist deities, and Qing dynasty paintings of court women in a palace garden and another of auspicious birds representing the five key human relationships in Confucian society. Among the Japanese paintings is an extraordinary Shōkai Mandala depicting the Western Paradise of the Buddha Amida (K. Amita, Sk. Amitabha), painted in gold and silver on indigo-dyed silk and dating from the 18th century (mid-Edo period). Among the Himalayan works is an 18th-century Tibetan thangka depicting Jambhala, the God of Wealth.

This gift by Drs. Chester and Cameron C. Chang is especially significant for Los Angeles, which has the largest Korean population in the world outside of Korea. The Chang Collection provides materials for both comprehensive and thematically focused exhibitions of traditional and early modern (early to mid-20th century) Korean art in a way few other American museums can match. LACMA will use the Chang Collection for teaching both undergraduate and graduate students working on East Asian and specifically Korean art, providing opportunities to study actual works of Korean art (rather than images from books and PowerPoint projections). There are at least eight colleges and universities in Southern California with academic programs in Asian art history (USC, UCLA, UC Santa Barbara, California State University Long Beach, Occidental College, UC Riverside, UC Irvine, and UC San Diego). The Chang Collection will be a key resource for teaching Korean art history at these universities, as well as for LACMA’s recently established joint master’s degree partnership with Arizona State University, and for our ongoing Andrew W. Mellon Foundation Undergraduate Fellowship program in art history and museology.

Over the past several years LACMA has proved itself to be a leader in promoting the study of Korean art and culture in the United States. In 2019, LACMA presented the exhibition Beyond Line: The Art of Korean Writing, the first major exhibition in the United States to explore the history of calligraphy in Korea. In 2022, LACMA will present The Space Between: The Modern in Korean Art, the first exhibition in the United States to explore the flourishing of modern art in Korea between 1897–1965. The latter exhibition is co-organized with the National Museum of Modern and Contemporary Art (MMCA) in Seoul. It is above all LACMA’s permanent collection of Korean art, now greatly expanded by the Chang Collection gift, which will provide a strong foundation for the museum’s future research, exhibitions, and public programs promoting Korean art and culture.